Top Things to do in Keeseville

Top 6 Things to do in Keeseville, United States

Keeseville is a hamlet in Clinton and Essex counties, New York, in the United States. The population was 10 at the 2010 census. The village is named after the Keese family, early settlers from Vermont. It developed along the Ausable River, which provided water power for mills and industrial development.
Restaurants in Keeseville

Ausable Chasm, open since 1870, is the oldest and largest natural attraction in the Adirondacks. More than 10 million visitors have explored the chasm on the well-maintained scenic nature trails. Scenic vistas, bridges and stairs throughout provide stunning views of the chasm and amazing waterfalls. More tours and adventures than any other Adirondack natural attraction including: float tours (via raft), tubing, rappelling, rock climbing, lantern tours and the all new Adventure Trail (via feratta/cable course). Great options for families of all ages as well as for the more adventurous! Cafe, gift shop, campground, cabins & motel on-site.

You can only get the general ticket or get a combined ticket for rafting, tubing, or adventure hiking. It is about 2 miles one way and you can take the shuttle bus back to the parking lot.

The trail is very easy, but some places are very narrow and have stairs. Not good for wheel chair access.

Baggs' Landing is located on the AuSable River at NYS Rt 9 in Peru, NY. We offer kayak, canoe and paddleboard rentals by the hour, half or full day. We also provide kayak and paddleboard lessons as well as guided tours. Our tours are designed for any ability and include weekly sunset tours, nature tours and family paddle sessions.

The staff at the kayak shack were friendly and professional. My husband and 3 daughters had a great day kayaking along the river and to the beach on lake Champlain for a picnic lunch. They provided us a map and off we went on our...MoreThank you for paddling with us! It is a wonderful river to enjoy and is family friendly! 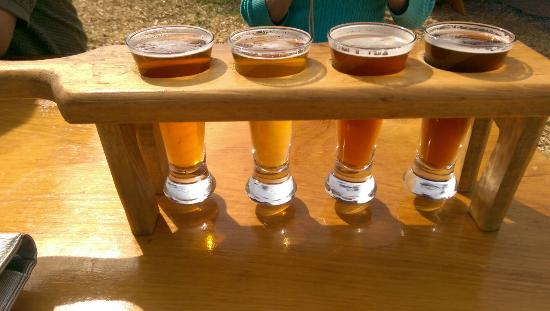 This place really exceeded expectations. Great beers (they have root beer and ginger beer for the kids and non-alcohol drinkers), and a couple of great food trucks (serving ridiculously fresh meet and veggies sourced from farms a stone's throw away), a pavilion with music, and just kept filling up with locals. People bringing kids, dogs. Had live music outside. Corn hole and foosball games, great spots to sit outside, friendly staff. What's not to love? Want a fun, friendly atmosphere with local flavor? This is it! NOTE: CASH ONLY, only open Thurs.-Sun., and seasonal. 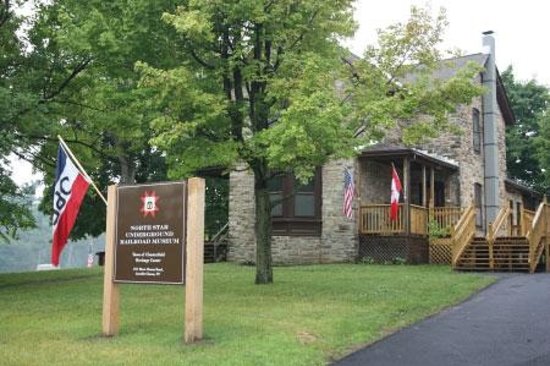 Just did the Ausable Chasm ropes course and it was near by. It was really cool how they set it up. They had a person there to do Q&A and had a short film talking about slavery and discussing the various stances on the subject by different groups. 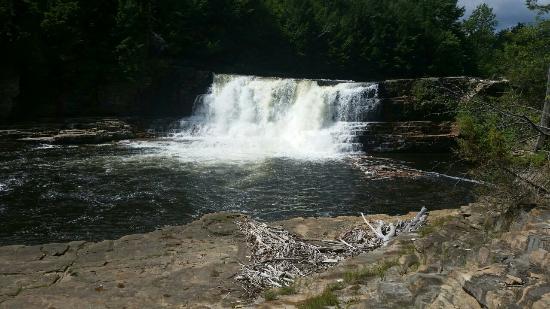 If you use your GPS to get here, you'll miss it if you're not careful. It's down a dirt path and the sign was partially covered by vines. It was a small waterfall that you could climb down the rocks to view. There were a few warning signs, but they were covered up. It was a great place to stretch your legs and enjoy a little nature. 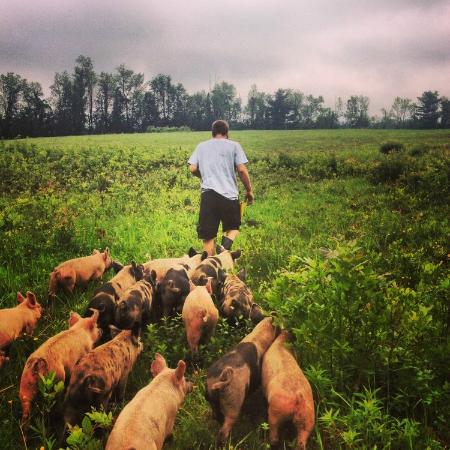 Self serve freezers and egg coolers are in the butcher shop; come in anytime. Our beef and sheep are grass fed; our pigs and chickens are pastured and eat grains and whey. A variety of cuts are prepared, some smoked, and fresh sausages are made each week using herbs from our fields and organic spices. Visit Mace Chasm Farm and learn about the area's burgeoning farm community.

Ok folks this is one of those farms that have blown me away each time I get some of their meats. Fresh is their hallmark! Variety of cuts in beef, lamb, veal, chickens, pork are insane. Professional butchers, friendly, clean, easy access, Farm to table cuts.. One of my favorite things to buy there is their Bacon Burgers, I recently had a spider steak and rack of lamb that just was amazing.. go its a must..