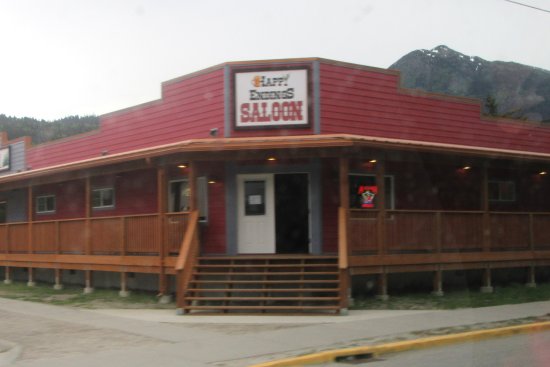 My girlfriend and I walked in here around 5pm to play some pool. We got some drinks and she started vaping and they told her not to. She stopped. We played some pool and then left. 3 hours later we came back with our two friends. We got some drinks and then she took a puff of her vape because she legit forgot and a new bartender walked up to her and told her to âget the **** outâ and âtake a hikeâ.... it was actually a little bit odd... she didnât do it on purpose to insult anyone.. she didnât say a word.. it was probably the rudest thing Iâve ever seen a bartender do. They treated her like she was trying to start a fight or light the place on fire. None of this is an exaggeration and exactly how it went down. Not a very friendly place at all. Why not just remind her?... Donât recommend this place to anyone from out of town. Apparently they want to be known as a âlocal barâ. Go to Bonanza Bar down the street. I was very disappointed to see this review. Our policy prohibiting the use of vape pens and other tobacco products indoors is very strict in accordance with Alaska State Law. After speaking with both bartenders and the owners whom you were unknowingly sitting next to, I have a firm understanding of the interaction. Unfortunately, your version of events differs significantly. Your girlfriend was asked on multiple occasions to stop vaping and kept conveniently forgetting. After the 5th time she was asked to leave. Not rudely, no swearing or being told to take a hike. Just "you've been asked multiple times not to vape and since you continue to do so, you're going to have to leave." Pretty standard stuff really. I appreciated that she did leave without causing the scene we were expecting her to based on her previous behavior in the bar, which your friends stayed to apologize for. I also appreciated her return the next day to vigorously puff on her vape pen on the porch, while childishly waving wildly at the bartender. Glad she finally understands where vape pen usage is allowed if she ever decides to come back and visit Alaska. Thanks,Katie

Grabbed a bagged lunch for the start of our tour and it was good! Sandwich was fresh and they were accommodating with special requests. Wished we would have had time to enjoy a dinner there. Very friendly staff. Consistency is the key and this place was consistently mediocre. Prices were of course on the high side especially for the quality you get. Pizza stunk, Calzones were great and then high school cafeteria quality...so hit or miss...the seafood again hit or miss...service again with the shotgun pattern of hitting or missing the target.

Bonanza Bar and Grill provides a fun and entertaining environment, while being a fast paced bar and grill. Grab one of our many Alaskan beers, halibut and chips, or a burger and watch a game on one of our four T.V.s around the bar. We hope to provide a ho

Reviewed By Anne A

What an excellent selection of beer. Bartender was knowledgeable about beers, IBUs, alcohol content and the nuances of the Beer. D not leave Skagway without stopping in at Bonanza Bar & Grill

The 10 Best Things to Do in Skagway, United States This place has amazing history and is packed to the gunnels! Very busy but staff are great and always get a table. Great Beer! Happy to hear that you enjoyed your time at the Red Onion Saloon.

Most Popular Restaurants in Skagway 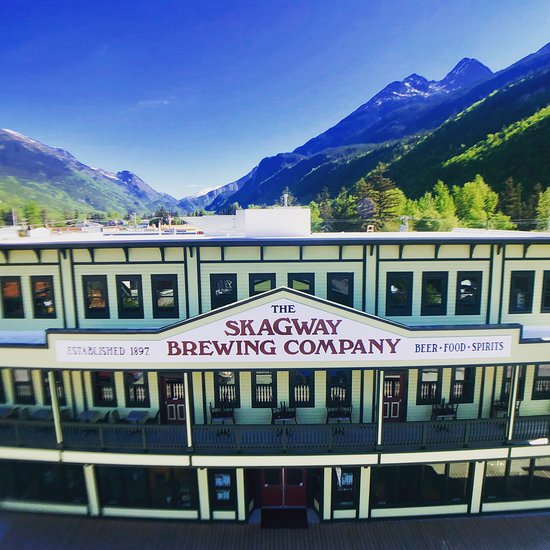 We've moved into our new home so come drink a piece of history with us! Established in 1897 to hydrate the thirsty prospectors of the Klondike Gold Rush, Skagway Brewing Company continues to create handcrafted ales and delicious pub fare, featuring the le

Had a flight and all their beers were very good! Upstairs has a full menu and we had lunch. Halibut sandwich for hubby, chicken tortilla soup for me. It was very good. Itâs a short walk thru town and worth it. So glad you liked your time with us! Yes, we are located right in the middle of a very small downtown. 4th Ave. just off of Broadway. A 10-minute walk from the cruise ship docks or hop on the shuttle bus and they'll drop you off right on our corner!