Find out what Sushi restaurants to try in La Crescenta. La Crescenta-Montrose is a populated place in Los Angeles County, California. Part of the community is an unincorporated area and census-designated place (CDP), while the other portion lies within the City of Glendale. According to the United States Census Bureau, the La Crescenta-Montrose CDP measures about 3.4 square miles (8.8 km), and the population was 19,653 at the 2010 census, up from 18,532 in the 2000 census.
Things to do in La Crescenta 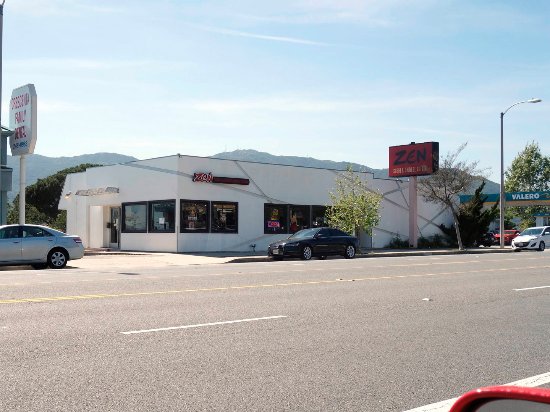 I go to Chinese Restaurants a lot, and this one was different...it is trying to be an upscale place, however, it misses the mark alittle. What makes this place different...1. A large TV set is constantly on. Is this restaurant supposed to be a sports bar? I found the TV to be quite annoying.2. Tea is not served automatically with the meals.3. No round tables for groups...5 or more have to sit at long oblong tables (very bad for conversation).4. Slow preparation of food...usually at Chinese places, food arrives at the table a few minutes after ordering it. At this place the food took about 15-20 minutes to be served.Food was merely OK...the orange chicken was supposed to be crispy...it was a little soggy. The food tasted very salty to me...I love salt and usually always add it to my food...not here!There is parking in the back of the restaurant.

Have gone here few times with teacher friends. Clean, good portions and tasty dishes. Fish is fresh tasting and I have liked many of the Bento boxes & special rolls. 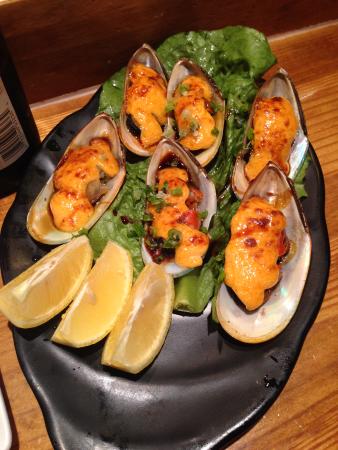 I have been at Blue Fish many times. Each time has been a pleasant surprise. I have ordered items of the menu based on waiter recommendations and I have yet to be disappointed. The service is friendly, cordial and fast. The menu has practically everything for a sushi connoisseur.

Salmon tastes better here than most every other sushi place we visited. The staff remember us. If you donât like sushi, the Chicken teriyaki bento box is delicious and gives you enough food to share with someone else. Not to be missed: shrimp tempura. No one makes it as well as Sakana does! Not greasy outside and tender inside.

Great fresh sushi! Prices are pretty good for what you get. You have some creative rolls which I really like. Their specials are usually GREAT too! Service is good and friendly! Love coming here!