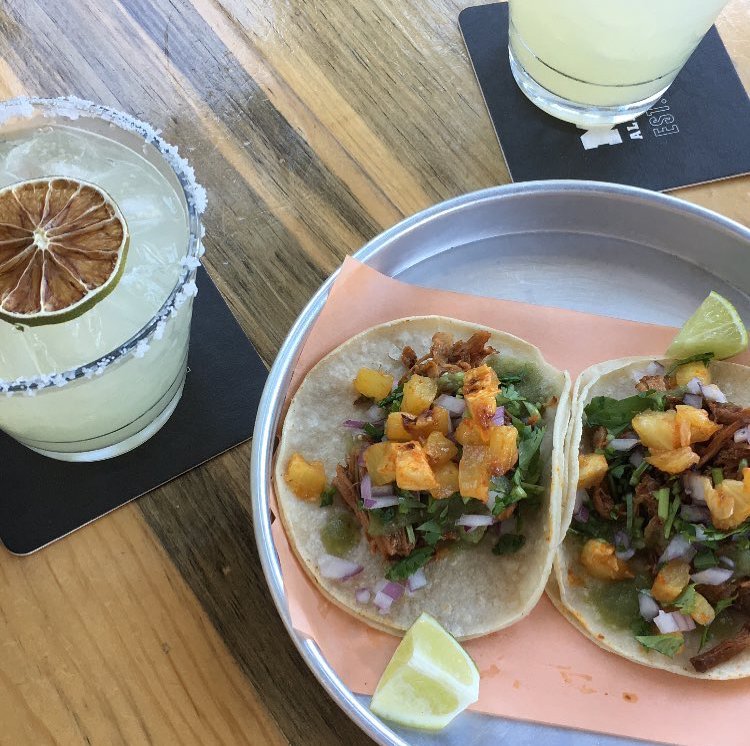 Globally inspired Taco restaurant pouring local Craft Beers and Tropical Cocktails. Located in beautiful Port Moody BC you'll be able to enjoy our loft overlooking the main dining area or pull up a seat at the bar. Taps & Tacos has a modern design with am

We were a group of 5 there the other day, two of us for the first time. I love Mexican food and what we ordered here was very tasty. For me, just the right amount of heat that would leave a lovely little buzz in my mouth after.We ordered a variety of things. The chips/3 salsas were really good, especially the tropical salsa. They also gave us complimentary chips after we had devoured the first ones!I had a burrito bowl as am gluten free. It was huge and delicious. Others had street tacos/6 inch taco/burrito/quesadilla. Everyone enjoyed their choice. Service was good.This place is quite small, so if you have a group like we did, I would highly suggest reservations. Also, this place is really, really noisy. The acoustics are terrible. The music was played way too loud, but they did turn it down when we requested...but it was still really too loud to enjoy a conversation.Thanks for the review and for your feedback.We appreciate your support and hope to see you again soon 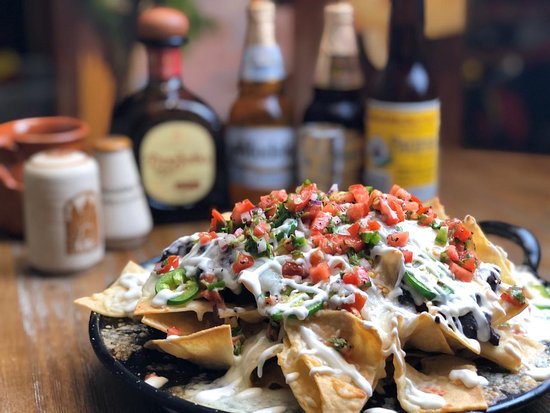 Went with 9 friends here for a birthday dinner. It was a total accident, but the waitress dropped 2 drinks on 2 friends, and they were both pretty wet, 1 of my friends lived nearby and had to go home to change. The waitress was totally mortified, which I get, and she didn't come back after that, another waitress came to take care of us. We figured that they would comp the 2 meals for the girls that had been spilled on, but when the bill came, nothing had been comped. So we unfortunately had to explain to the new waitress that the those 2 meals should be free. The waitress went to call her manager, and the manager said that it wasn't their fault, so the meals wouldn't be free. They did offer to comp drinks for those 2, but my 1 friend was driving, so the $4 virgin margarita just wasn't going to cut it. It was an accident yes, but it was the waitresses fault.In a day and age where online reviews are done, I can't imagine that the $35 in food is worth the people not going to this restaurant after reading this review. I also live nearby and would've gone back for sure, but now I can't on principal. They are definitely losing more then $35 from that experience. The manager needs to take a course in customer service. 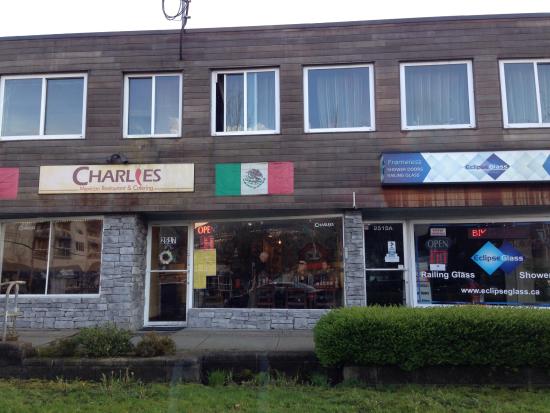 I have to agree with a previous reviewer that this place has gone downhill. We dined in the original location, the larger one on the other side of the street, and in the current location. The food and value has declined seriously. The place was almost empty on a weekend evening, so that should have warned us.The decor is quite worn, with many of the chairs repaired with metal braces. The tables look like originals, with tile 'place mats'. Drink prices were average. Many dishes can be made vegetarian, but by simply replacing meat with beans. As a result, they don't include refried beans as a side dish. I think they could be a little more imaginative with the alternate fillings. The rice was overcooked, and the vegetables in it looked like they came from a frozen package. The four corn chips stuck in the rice for decoration were soggy. Flavours were okay, but not spectacular. I got the feeling that there was some serious cost consciousness here. You have to pay for chips and salsa. A person at a neighbouring table wanted veggie enchiladas with guacamole and the owner said he would have to charge extra because of the cost of avacados. Given that he's already saving substantially when substituting beans for beef (and not serving a side of refried beans), this seemed cheap and petty. Unfortunately, we'll look elsewhere when we want Mexican food.

Where to eat Korean food in Port Moody: The Best Restaurants and Bars 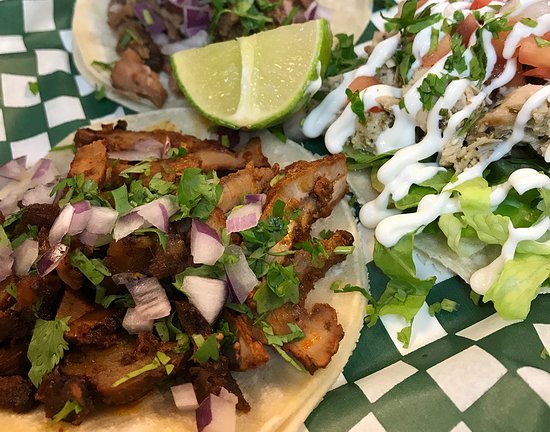 very generous portions, made to order, delicious Mexican food in the tri cities, not much seating but take out is an option, great tasty food,Hello Terry P, thank you for sharing your experience at Mercado Mexicano with thousands of travelers and foodies. I hope we have the opportunity to host you once again. Best Regards!Gustavo

Honestly, we were drawn by two children demanding deep fried ice cream. That's on the menu along with dishes you'd expect. But don't expect Taco Bell style fast food. The salsa picante is obviously made on site judging by the less than perfectly chopped cilantro. The tortilla chips and salsa (~$5) are tasty. Some larger restaurants would put a bowl of chips and salsa on the table gratis. But everything else was worth paying for. The chicken chimichanga was piping hot and filled with chicken and beans and cheese. The tortilla soup was tasty. Four of us left full - and yes the kids had fried ice cream - for about $70 with beverages and appetizers. I had hesitated going after seeing some negative reviews but I think we'd go back.