We recently moved to the area, and this is one of the first local restaurants we wanted to try, because we like Thai! We picked a Monday night - there was plenty of parking, and just a handful of other customers. We were seated immediately in the bar area (the other side is hibachi grills) and had glasses of water within a minute. I don't drink water in restaurants, but whatever.We took several minutes over the menu, as every Thai restaurant calls their dishes different things. This menu seemed a bit short on choices compared to other places we've been. We ordered a couple of draft beers, an order of beef rolls for an appetizer, one Pad Me with shrimp and one Pad Thai with beef.The beef rolls were quite tasty - beef wrapped around scallions with a sauce. They were tasty - my only complaint is that the sauce got very gooey as it cooled. The dishes were all served promptly. The portions were quite large. The Pad Thai had a good quantity of beef included; the Pad Me was a bit short on shrimp (not entirely unexpected) and quite long on bamboo shoots. Both were tasty, and we brought half of each home for lunches.My biggest complaint is not specific to this restaurant, but seems to be pervasive in all but the classier places lately - it stunk of disinfectant. I like clean as much as anyone, but the resulting smell is enough to kill an appetite any day. Maybe they need to cut down on the concentrate/water ratio? Overall not a bad place, and I will likely return for takeout. 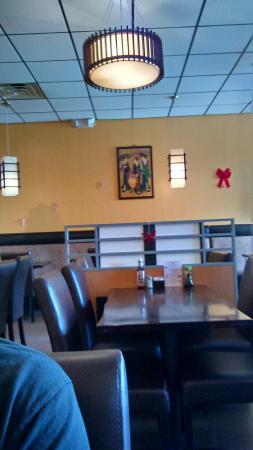 Food is okay but service is excruciatingly slow. Typing this review as I wait for them to pick up my money. It is never a good thing when the rolls come out after a guest has finished their hot meal. Disgraceful. Would hate to see how long I'd wait if they were actually busy. Still have my money and I type slow. Won't be coming back. 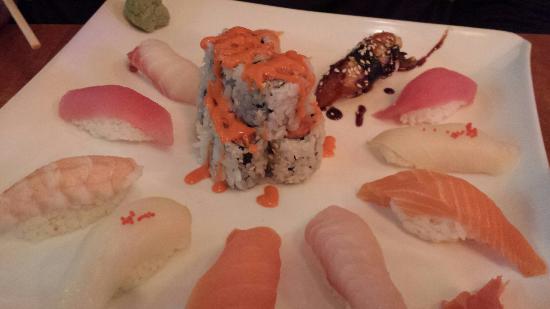 Not the best. We go often for takeout. Once it was good then next time the meat was so over cooked and dried out you can taste the propane on the meat. Crab Rangoon is good. The one time we sat down I was not happy I got a cup with a lipstick stain!!!!! 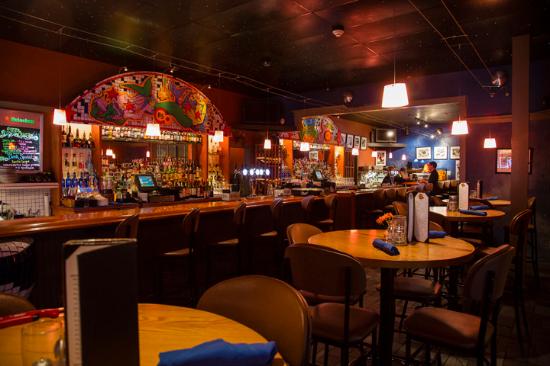 Chef and General Manager James Martin, along with brothers Barry and Brian Jessurun of The Vanilla Bean CafÃ© in Pomfret and Dog Lane CafÃ© in Storrs, opened 85 main in 2005. 85 main was created with goal of offering fresh, quality seafood and steaks along

We were meeting friends from RI and Utah (by way of Bristol, CT) for lunch and needed a place which would make for a reasonable drive for everyone. The folks from out west, who were originally New Englanders, made the choice and it was a good one. Putnam is an old mill town that has picked itself up by its bootstraps and has fashioned a pleasant recovering downtown which is still a work in progress. Whether the antique and home/gift stores are viable remains to be seen, but there are half a dozen dining and drinking establishments and this appears to be the most popular. On a warm and sunny summer day their outside dining area is quite inviting. An advantage of such a struggling town, there is plenty of free parking.It was fairly quiet on a Monday afternoon. Our waitress was friendly and efficient. The menu choices were extensive, although several of the fish dishes were "sold out". Their website mentions fresh fish deliveries three days a week; Monday is not a likely candidate. Sandwiches, salads, a curried chicken dish and mussels were all well presented and enjoyed. The desserts were somewhat predictable, but also quite satisfactory. So, oft the beaten path, a viable venue. They are fairly priced for the quality and presentation.