Find out what Middle Eastern restaurants to try in Techirghiol. Techirghiol (Romanian pronunciation: [ˈtekirɡjol], historical name: Tekirgöl) is a town in Constanța County, Romania.
Things to do in Techirghiol 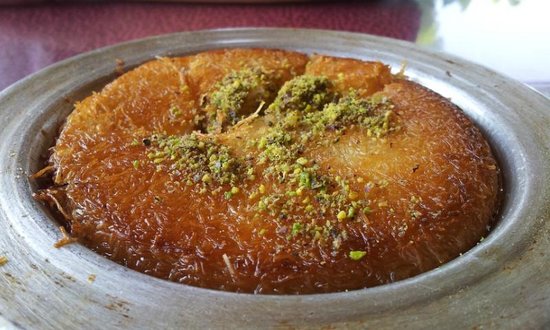 feels like turkey right from the entrance. Be prepared to hear a lot of Turkish speaking.The recipes are the best, feels exactly like in Turkey.Ask for recommendations if you are not sure. 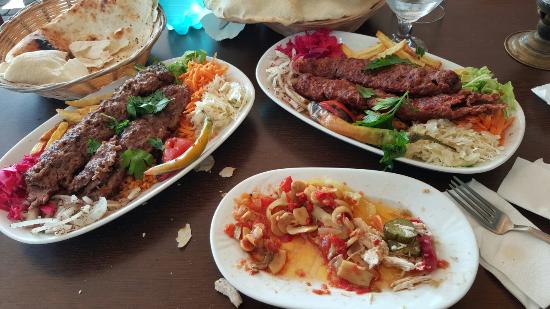 Let's start with the good things--prices are affordable, although food can be kind of unequal, some dishes were tasty, while others lacked any flavor. For example, the tabbouleh had no salt and no lemon juice and was chock full of parsley, but contained no mint and hardly any bulgur wheat. Service was ok, not great, but not bad either. That was until the chandelier literally fell on top of us. It was a traditional Turkish chandelier, with six heavy spheres of heavy mosaic glass, three of which landed on top of us, barely missing our heads. Had the globes hit us, we would have surely ended up in the hospital! We jumped up from our chairs and looked on in shock. The staff gathered around us, but made no attempt to check if we were ok or to apologize for what happened; they just stood quietly, as if watching a show. We proceeded to clean up our clothes the best we could, while the staff again made no attempt to help. You can see in the picture a waiter removing one of the globes from the table, with a matter-of-fact, even smirking face, as if nothing had happened. After this incident, they moved us to another table, where we finished our meal. When we were done, they just presented us the bill. They didn't offer anything on the house, not even the bottle of water we had ordered. The whole bill was under $60 for 5 people, so really nothing in terms of money, but a small gesture on their part would have meant a lot to us after this scary incident. On our way out, I mentioned how disappointed I was with their reaction and attitude to one the more senior staff. He had a boy run out after us with what we assumed were a few baklavas in a plastic bag, but it was too late, we refused politely and left. I would have given them 1 star, if it wasn't for the acceptable food and affordable prices. Just make sure you don't sit under a chandelier :-) 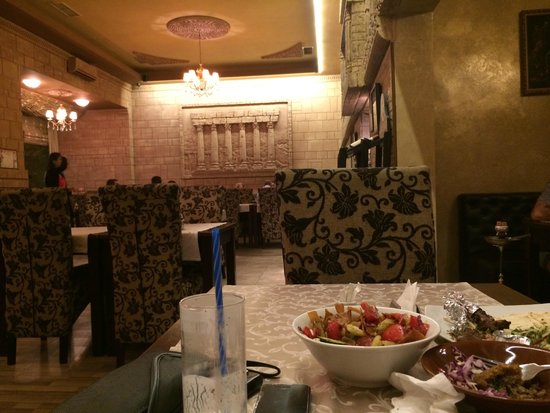 In my opinion you can have the best of foods, If you don't have good staff and you disrespect you customers by serving them after an hour and every time we asked how long was it gonna take, your staff kept saying in a minute,in a minute, just a second....welll...GIVE IT IN A MINUTE OR A SECOND. Not after an hour. One would think that it must've been very good if it took an hour, but it wasn't. 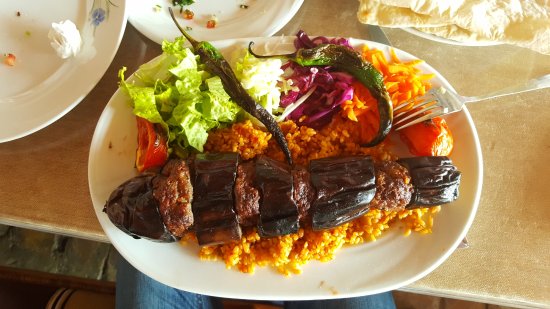 A typical Turkish restaurant, with most of the usual dishes to be found in such place. There is nothing fantastic to be noted, and nothing that goes wrong. So, it is an enjoyable experience, if one looks for variation, and good value for money.