We are a family owned hidden gem in south Chandler, serving fresh and healthy Mediterranean cuisine. From lamb platters to grilled chicken salads, pastas to pittas, we have a variety to please every palate. Our dining room is casual and our patio is the b

The mediterranean cuisine is well done with lots of flavor. I thought the prices were a bit high until I saw the meal; there is some to take home.

We visited for the first time after hearing really good things. It was OK, but not somewhere that we will rush to return. I would go back however to try some other things. I did think the Greek Salad was very good. The dressing was unique and much better than many Greek dressings. The portion was very good and I would like to see 2 sizes offered.The chicken was a bit dry.The lemon chicken soup wasn't as tasty as many places. I wouldn't recommend it. It was too sour for my taste. The service was OK, but not terribly attentive given the fact that they only had a couple tables going when we were there. My son (who I think over salts things) commented that his fries were salty.I will likely return and check out some other menu items before writing off the place. Green Corner is filled with long, rich traditions of Levantine cooking, a culinary heritage found across Lebanon, Jordan, and Syria, The menu is also filled with things like kabobs, gyro, and chicken shawarma. You'll also find specialties like kibbeh.

I had the Lamb Kafka Kabob Entree. It was delicious! Very tender lamb with a generous portion. I had rice, salad and hummus- all were wonderful and very reasonably priced. ($11.49). My friend had the gyro sandwich ($6.99) which she loved as well. We plan to make this a regular spot.The restaurant was clean and decor was simple. You order at the counter and they deliver it to your table. The food came promptly. It was quite busy at lunch. 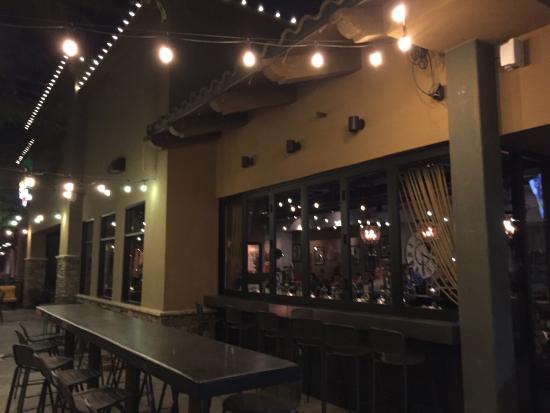 This restaurant is incredible. The bartenders and servers are so attentive, informative, and fun! They have given us great recommendations and are such genuine people. The owners are hands-on and interact with guests and it's such a breath of fresh air.A lot of people are reviewing based on NYE, and that's horrible. I was there with some girlfriends and a big party that was reserved for outside had to be moved inside due to the rain. They were the most disgruntled, rude, miserable people I've ever laid eyes on. Some of the Ivy staff started crying because of how horrible they were to them, when they were visibly trying their absolute hardest.I feel terrible and I hope the bad reviews aren't paid attention to. And thank you to their kitchen staff and coming up with AMAZING specials every single weekend! You guys rock my taste buds!