Reviews on Sushi food in Rosemont, Illinois, United States. Rosemont is a village in Cook County, Illinois, United States. Located immediately northwest of Chicago, as of the 2010 census it had a population of 4,202. The village was incorporated in 1956, though it had been settled long before that. While Rosemont's land area and population are relatively small among municipalities in the Chicago Metropolitan Area, the village is a major center for commercial activity in the region and is a key component of the Golden Corridor.
Things to do in Rosemont

Our favorite place for sushi. I enjoy the atmosphere - comfortable and lively, but not so loud that you canât carry a conversation. Food is consistently good but on more than one occasion, when the restaurant is busier, the service has been below average. Servers are always friendly but it seems as though they canât keep up with the traffic. Most recently, we were seated for more than five minutes before our server introduced herself. Drinks took too long to show up and we had to flag her down for another round. Same deal trying to get and then pay the bill. She did the best she could (and with a smile) but poor service has been the rule lately rather than the exception. 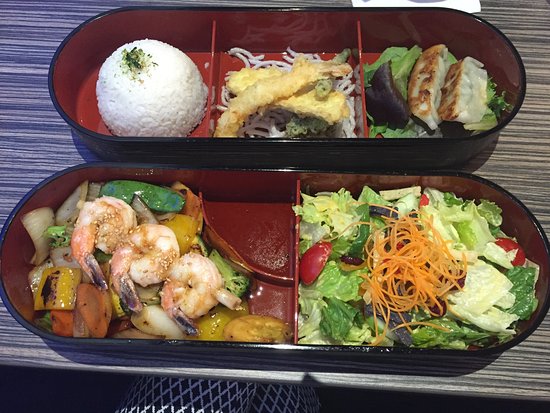 My husband and I are âregularsâ at Shakou because of the high quality sushi and excellent, friendly service from each and every server. Cocktails are generous and delicious - great saki selections! Appetizers are big enough to share. Love the ahi tartar and sea star! We stick to the sushi rolls, but other dishes look amazing as well. You know a good sushi roll when it is generously filled with very fresh fish and seafood and not made up of mostly rice - that is exactly what you get at Shakou. The Signature rolls are outstanding! Some of our favorites include Niku Niku (steak instead of seafood - really good!), Urban Heat, and Volcano roll. Save room for tasty desserts as well!Thank you for the 5 Star Review and sharing your #ShakouExperience! #ExperienceShakou 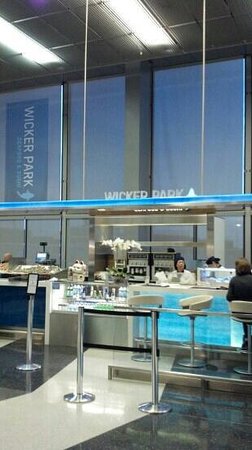 I've traveled a lot and anyone who travels gets familiar with O-Hare. When Wicker Park Seafood & Sushi first opened I was very happy to get great Sushi while on long layovers and I frequented the place. Great food and good wine at high prices but at least good stuff. This became one of my favorites. So it was a real disappointment when my wife and I had a recent layover and went here expecting good things. The middle aged woman who "served" us acted as if we were a burden. We had to literally go looking for her when we wanted service and it wasn't like she was busy with customers. I could see her just talking with coworkers. And she knew she wasn't paying any attention to us because she refused eye contact when we tried to engage her. The food was and always has been very good. But now it is overpriced even by restaurant standards in airports. But the real kick was the drink pricing. If you can even figure it out because they only post wine prices. The surprise comes with the bill. I get that airports always gouge on drinks but Wicker Park has taken this to a new level I am calling an outright rip off. We paid $19 for a little tiny vodka gimlet that, I swear, didn't have 3 ounces of liquid in the glass. When we asked if that was an accurate charge the waitress didn't bother to check. She just said everyone complains, shrugged her shoulders and walked away. Wine is now $15 for a measly 6 oz. pour. Where does this end? Enough is enough. We're done. No more Wicker and no more frequenting any of these airport rip offs. We'll be packing a lunch and little drink bottles from now on. To be fair the food here is very good so those who prepare it are not a part of the problem. This is a Management/owner issue. Greed kills all enterprises my friends. To you owners I say, shame on you. And to the server who obviously does not like her job I say, please find other work and let someone who enjoys this work do the job.