Reviews on Asian food in El Jadida, Doukkala-Abda Region, Morocco. El Jadida (Berber: Mazaɣan, ⵎⴰⵣⴰⵗⴰⵏ, Arabic: الجديدة or مازاغان‎, Portuguese: Mazagão) is a port city on the Atlantic coast of Morocco, located 106 km south of the city of Casablanca in the region of Doukkala-Abda and the province of El Jadida. It has a population of 194,934 (2014 census). From the sea, El Jadida's old city has a very "un-Moorish" appearance; it has massive Portuguese walls of hewn stone.
Things to do in El Jadida 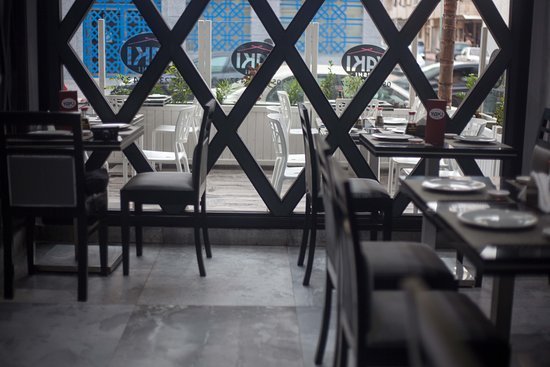 The restaurant is situated in a hard to reach area of light industry, offices and warehouses with some residential units. It is the oddest place I can imagine to plonk a fusion Asian restaurant down into. I was apprehensive, but we thought we'd give it a go anyway. I mean we just couldn't imagine who on Earth would take the trouble to come out here to eat. It's miles from where any tourist would be, for a start.The place was empty but we got a warm welcome. It's quite plush. Menus were on the tables, so we set to ordering. I had a salmon salad as a starter and my friend the fish soup. Both dishes were fine. For the main, I had the chucked with caramelised pineapple and my companion a chicken noodle dish. Again, they were fine. There's a downside though. They are not using sticky rice. It's such a stupid corner to cut. During the meal we found out how they stay in business. There must have been ten phone orders for either delivery or pick up. A rich-looking Moroccan family sat down to eat just as we were leaving. I'd recommend here just for a change of scenery. And a change of cuisine. The meal was not too dear at 260 dirhams. That also included a portion of tempura prawns, which were actually very nice. I might even go back one day. Located by the sea with breathtaking view of the Atlantic ocean and taking advantage of Buddha Bar savoir faire of lifestyle entertainment, the restaurant offers a unique culinary experience from Asian and Mediterranean influences. The cocktails and mockt

Located on the property of Mazagan Beach Resort, Buddha-Bar Beach is a chill place to grab a cocktail, lunch or have some shisha! We went on Monday and it was a really great vibe with a DJ playing afternoon music and quite a few people. Tuesday the dining portion was closed and there was no music. Service was a bit slow, but we were in no rush and just sat back and enjoyed the view of the ocean! 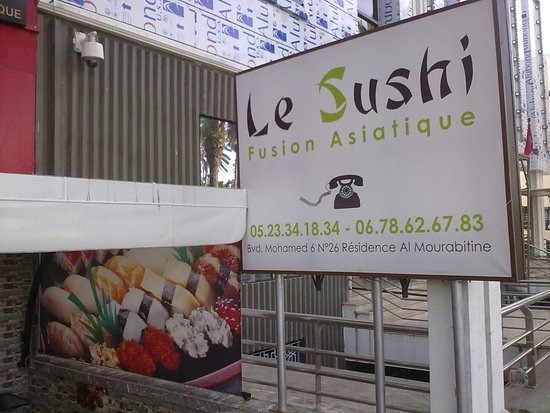 Le Sushi describes itself as a fusion Sushi restaurant something I had not tried before but I have developed a taste for it. It is nice to be able to stop for a quick snack that is not fried or otherwise steeped in oil. I have tried a few of the other dishes but honestly did not care for them, perhaps I have just been unlucky as friends have said they enjoyed them. I do not know the history of Fusion Sushi but you would not find several of the ingredients in genuine sushi which I am fond of too. Give it a try, a break from the normal fare modestly priced. Like most westerners I have counted Maki, Shasimi etc. as Sushi.