Top 10 Things to do in Vijlen, The Netherlands

Vijlen (Limburgish: Viele) is a village in the South-East part of the Dutch province of Limburg. The village is constituted of a number of hamlets, among which Mamelis, Camerig, Harles and Cottessen. Including these hamlets, Vijlen has around 1,500 inhabitants (in 2005) and is part of the municipality of Vaals. Located at 200 meters above Normaal Amsterdams Peil, on top of the Vijlenerberg (Vijlener hill), it is the highest situated town in the Netherlands. The neo-gothic and Catholic St. Martinus church, which is located in the center of the village, is known as the highest located church in the country.
Restaurants in Vijlen 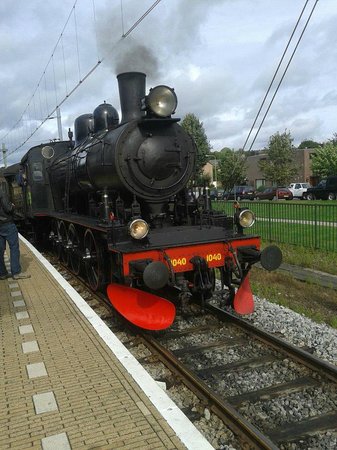 We took a relative out for "English tea" on the ZLSM preserved steam railway as a birthday treat.
Every 2 weeks during the railway add a restored Pullman carriage to the 12:00 steam train at Simpelfelt to Valkenburg and back.
Excellent experience, superb atmosphere and really great food backed up by excellent service from the people who actually helped restore the carriage.
We had a wonderful time and would recommend this as a special treat.
We only booked a couple of weeks in advanc - even so there were spare spaces for our group of 5.
The only complications were that I had to depend on translating the web site and Paying up front using an international bank transfer.
Our Dutch friends think this is normal, but sadly UK banks don't seem to make this as easy as it should be..... 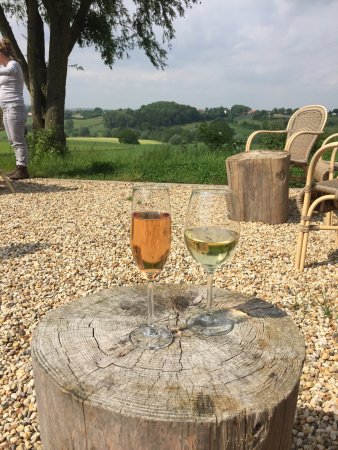 My first experience of wine testing in this part of Netherlands. I did not know this village produced classy wine. Best testing so far. the nice valley also gave us the best impression of the region. We bought about three bottles for home. The visit was sometime in the summer not on November. 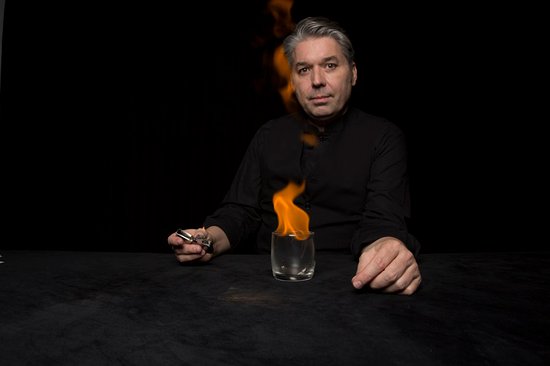 Hello folks, I recently visited a magic show here in Aachen and was in awe. Christian the magician dazzled me and the others with his quick wit, his incredible memory with numbers and his sleight of hand magic tricks. His connection to the audience was...MoreThank you very much :-) 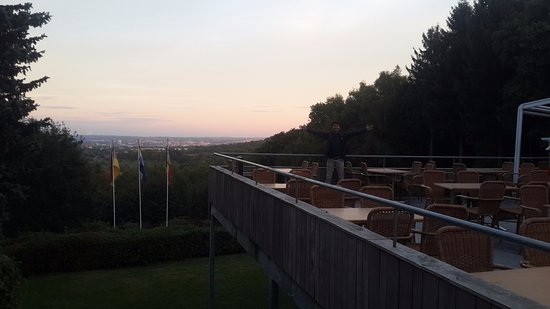 After visiting Vaals (which is rather underwhelming- but great to stock up on picnic provisions) we drove up to the Drielandenpunt. After the first tower keep going and park up (€2 to park with coins on exit).
There are cafes, gift shop and playground areas. There is a monument to the highest point in the Netherlands and of course the flags to mark the meeting of the three borders - lots of photo opportunities here! The tower can be climbed / use lift for really spectacular views (€3.50 each) into Belgium, Holland and Germany.
The children also enjoyed the maze (€4 for children) Which took them about half an hour to explore while parents enjoyed a drink!
Overall very interesting place to visit. The Abbey of Saint Beneductus near Mamelis is build in 1923,a nd designed by the architect Dominicus Boehm. It is a peacefull and quiet place, where one can enjoy the ‘singing in the silence’ of the monchs, the Gregorian chant. It is situated near a forest where one can walk and reflect. I have been here several times, and it always boosts my energy, and reduces any stress level. The monchs are very polite. The food is good and tasty, and on Sundays one even gets a bottle of beer (as the monchs) during the meal. The church in which the Gregorian chants are sung is designed by Dom Hans van de Laan, who became very famous with this architectural style. He went back to the essence of a building, which led to a sober, but very functional church. 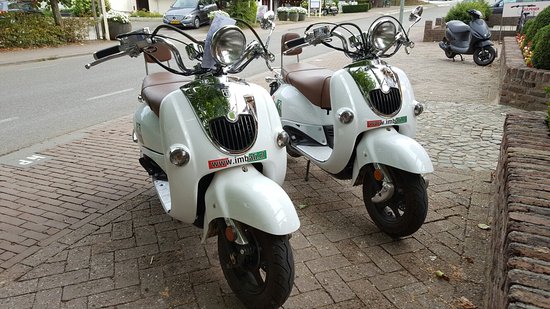 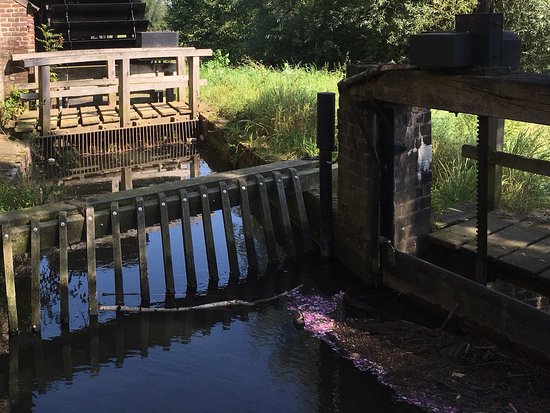 That was a very nice monument as the old water mill whereby it's the source of water to the place. The structure showed a bit unkept but it is still serviceable. A nice place to have a break from this Mergelland trip. Over the years my wife and I have visited many of he Cemeteries and monuments commemorating the fallen in the two World Wars, from Normandy through Picardy and Flanders to Belgium; Commonwealth, American, and German. As New Zealanders on this trip we visited those associated with Passchendaele, the Great War battle which was so devastating for our little country. But all of these Cemeteries, wherever the fallen might have come from, are deeply moving and Henri-Chappelle is no different. Row after row of stark white crosses, broken only by the occasional Star of David, march across the landscape and it's hard not to get a lump in your throat thinking about the sacrifice of these young men. If you're an American you might have different views on the US involvement in these foreign wars, but you should be extremely proud of the way these Cemeteries are lovingly cared for. This is an astonishingly well-maintained memorial; the lush grass, the sparkling crosses and buildings and the bright Stars and Stripes waving proudly. A truly impressive site most will remember long after they have visited. 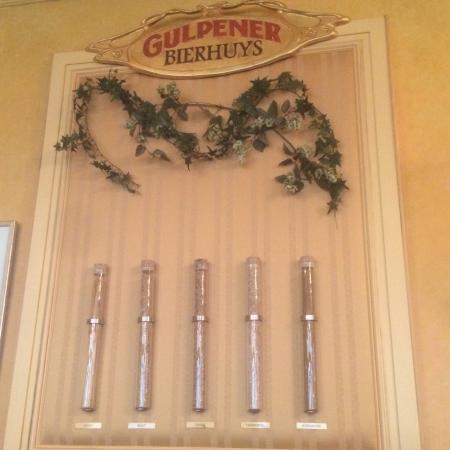 This was a fantastic afternoon spent! Started at 12:30 with coffee and vlaai and a great powerpoint presentation. As they only had spots on a Dutch tour available during our time in The Netherlands and my husband doesn't speak Dutch, I had to translate. But this worked out well as the powerpoint was good as well as the presentation. The tour through the relatively small brewery was great, and our guide was able to catch everyones attention at every stop. The highlight of the tour was the beer quiz, where you had to test 3 beers and be able to tell which one it was (of all 16 beers Gulpener has). This was very difficult but entertaining! My husband was the only one that got all 3 right and now has a fun certificate! We look forward to come back when their new visitors center opens! In the outside verry buissy, the inside Is for resting and contemplation. Many pilgrims from all over the world