Top 10 Things to do in Tigard, United States

Tigard /ˈtaɪɡərd/ is a city in Washington County, Oregon, United States. The population was 48,035 at the 2010 census. As of 2007, Tigard was the state's 12th largest city. Incorporated in 1961, the city is located south of Beaverton and north of Tualatin, and is part of the Portland metropolitan area. Interstate 5 and Oregon Route 217 are the main freeways in the city, with Oregon Route 99W and Oregon Route 210 serving as other major highways. Public transit service is provided by TriMet, via several bus routes and the WES Commuter Rail line.
Restaurants in Tigard 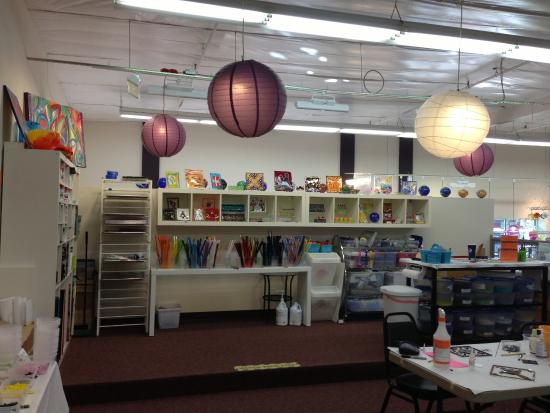 Where FUN begins and LEARNING never ends! Live Laugh Love Art was inspired by Brett & Natalie Vinsant as friends and family would say it is their hobby on steroids. The studio contains a state-of-the-art glass blowing hot shop, educational facility, gallery, and event space located in Tigard Oregon. Designed to attract people of all ages and skill levels - from the beginning student to professional artist. We offer at the studio a wide range of art activities from Glass Blowing, Glass Fusing, Canvas Painting Wood Sign Making , Paint your own Pottery and Welding Workshops for individuals and groups. Offering private instruction, small group workshops, demonstrations, group team-building events and even catered events. Live Laugh Love Art is your one stop art entertainment and learning facility. We regularly open our doors to school groups for tours and demonstrations. Where the FUN begins and LEARNING never ends!

We had approx. 20 people, 50% women/50% men and everyone really enjoyed themselves. Everyone stayed the entire time to see what was made and everyone (especially the men!) said it was the best team building event they've ever done. Several folks have said that they plan to come back with their spouse to make something together!! 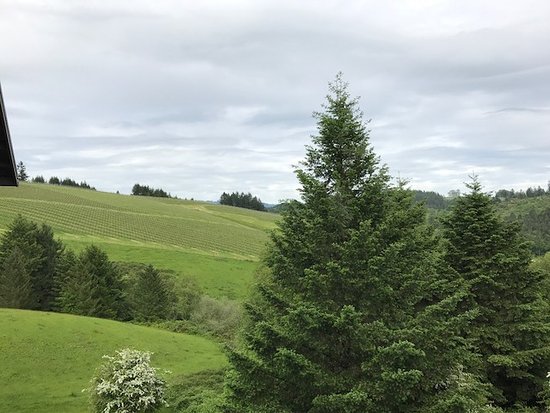 We will show you why we are passionate about Northwest wine!

Great wine tour with plenty of stops at great vineyards. Scott even helped us out with the correct styrofoam box for getting some wine home as checked-in luggage. We asked to go to one particular vineyard and Scott took us there and picked the rest. He had a nice charcuterie tray for us to enjoy at one of the harder to find nice boutique wineries with a great picnic area and view. Speaking of the views - - - outstanding! This is the kind of wine tour you want when you are visiting an area you know nothing about and need some guidance and a ride. Would definitely use Uncorked NW again if we return to Willamette Valley in the future! 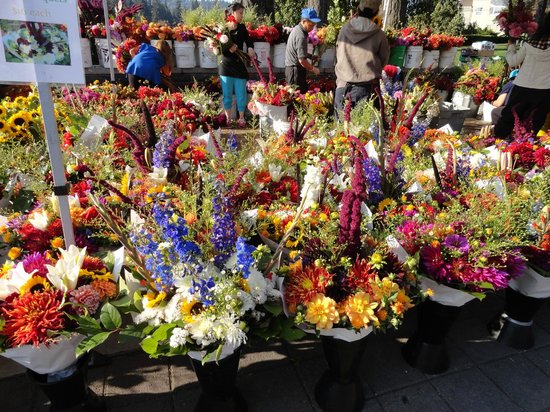 We wandered through the Farmers market one Saturday morning in July, sampling the many flavors of Oregon (cherries, peaches, honey, coffee, breakfast tacos...) enjoying live music, smelling the fresh flowers and lavender, and of course people watching. It is a great place for brunch with cafe tables in the back. I liked talking with the vendors, all passionate about their food . 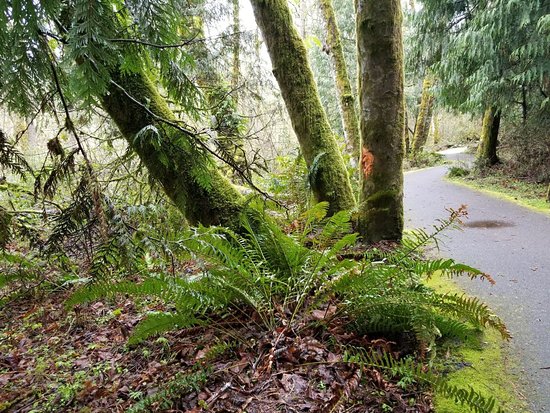 Walking trails surrounded by mature trees in the heart of Beaverton. Easy to get to via Car or the Max line. There is free parking, as well as a small learning center, bathrooms, and water fountain. The trails are easily walkable and strollers would do okay. The paths are clearly marked and there are a couple of benches you can sit at along the paths. We have always felt safe here, even when we come solo. 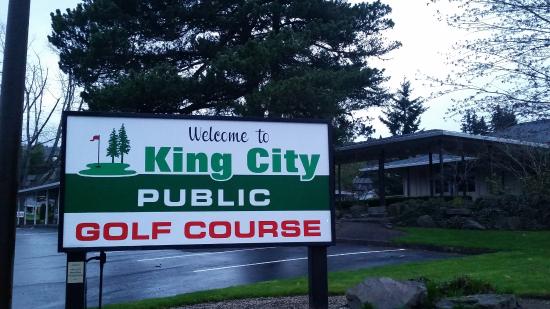 We had fun playing The King City course. It is relatively short 9-hole course with only one 5-par that fits in an attractive little residential neighborhood. The facilities are clean and well organized with good signage and ball cleaners and benches at every hole. Just a nice place to for an afternoon walk unspoiled.
One warning - the course needs about a week of dry weather to avoid spongy conditions. 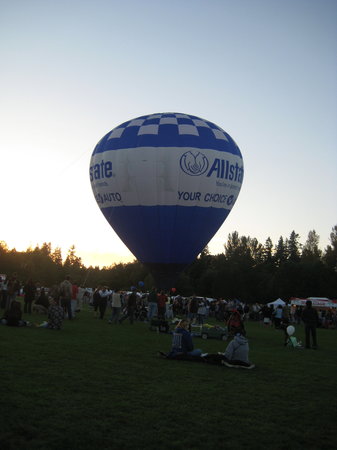 On the banks of the Tualatin River, the 79-acre Cook Park is the largest park in the City and has something for everyone.

This is a very nice park. We saw basketball courts, baseball fields, hiking trails, a very shallow and calm place to launch kyacks. Plenty of people were enjoying park on a Sunday. Lots of picnic areas. Very green and forested. Plenty of parking available. Trail was hilly. Intermediate to Hard. 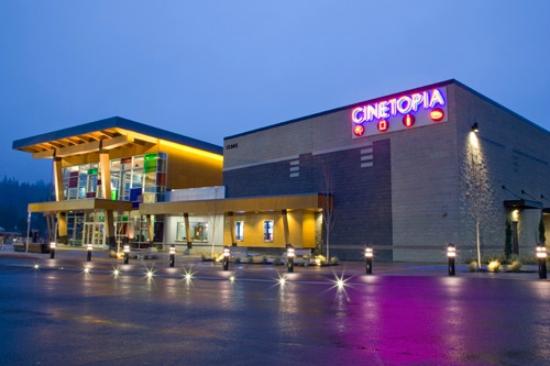 Great seating that is assigned so you don't have to get there early to get seats. Food is good but the drink selection is very good. It's nice to be able to have a beer watching the movie. 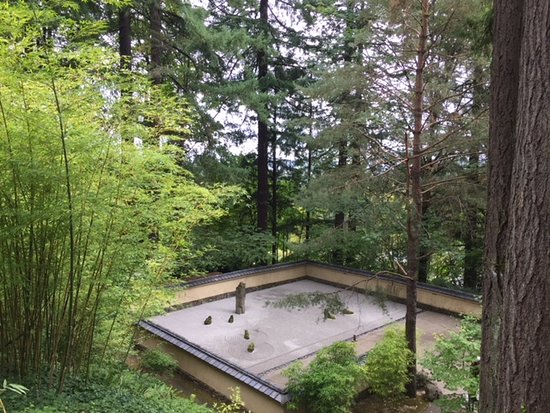 This popular park offers miles of trails, an extensive rose garden, a large Japanese garden and a zoo. For information on free shuttles, attraction admission hours and pricing within the park, and maps, visit our website.

The park itself is located about a ten minute drive out of the city up a hill. Many of the major attractions are located here such as Oregon Zoo, The International Rose Test Garden, the famed Japanese Gardens, the World Forest Center, the Children's Museum, and the Mansion. Make sure to take a look at the view of the city below. Even though we visited during the winter, the weather was mild and there was plenty to see and do. Cabella's seems to have everything that you could need for outdoor adventures. Food, men, women and kids clothing, shoes, hunting and fishing gear, you name it and the probably have it. Service is consistently great and returns are painless. One warning, you'll probably end up buying something, so don't go if your low on cash. Prices tend to be high, but there are always great sales as well. 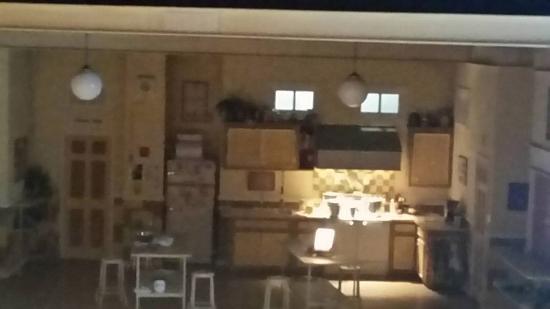 Broadway Rose Theatre Company has been entertaining audiences with professionally produced Broadway musicals, comedies, and revues since 1992 and is proud to be Oregon's premier musical theater company. The company offers six mainstage productions, two children's musicals, and a teen workshop production each year, as well as special events such as staged readings and cabaret performances. In addition, Broadway Rose boasts excellent educational outreach programming including drama camps, technical internships, and original educational musicals in partnership with the Tigard-Tualatin School District.

We went to Broadway Rose Theater for the first time last night. Our friends had raved about the production of Church Basement Ladies. Being from the midwest, we couldn't resist this blast from the past. We weren't disappointed. If you've ever been in a midwest Lutheran Church, this show will be familiar to you. You will have eaten from the menu hilariously sung about in the White Food Polka. And when Mrs. Snustad opines about the evils of The Cities, she brings the house down.

It was difficult to get tickets because this show has sold out and more shows have been added. I was pleasantly surprised to find that the tickets were $37 each and there was no convenience fee. The tickets were held at Will Call.

We found the theater on Grant Street in Tigard. It is located by the Charles Tigard Elementary School. There was plenty of parking. 2 assisted living buses were dropping off showgoers.

Everyone at the theater was helpful and friendly. We were warmly welcomed by everyone working or volunteering at the show. The lobby is pleasant and it was easy to get our will call tickets. The concession stand includes mixed nuts, chocolate truffles, cookies, soda, water, beer and wine. No food is allowed in the theater. You can take bottled water into the theater or buy a reusable lidded cup to take in other beverages. Concession prices are reasonable. There was also a booth to buy cruise raffle tickets.

The entire experience was so pleasant. Seeing a show at Broadway Rose is very different from going to Keller in Portland. Broadway Rose is less expensive and lower key. If you're in the mood for great theater in a neighborhood environment, give Broadway Rose a try..