Top 10 Things to do in Taunton, United Kingdom (UK)

Taunton /ˈtɔːntən/ is a large regional town in Somerset, England. The town currently peaks at a population of 69,570 as of 2018. The town itself has over 1,000 years of religious and military history, including a monastery dating back to the 10th century and Taunton Castle, which has origins in the Anglo Saxon period and was later the site of a priory. The Normans then built a stone structured castle, which belonged to the Bishops of Winchester. The current heavily reconstructed buildings are the inner ward, which now houses the Museum of Somerset and the Somerset Military Museum.
Restaurants in Taunton 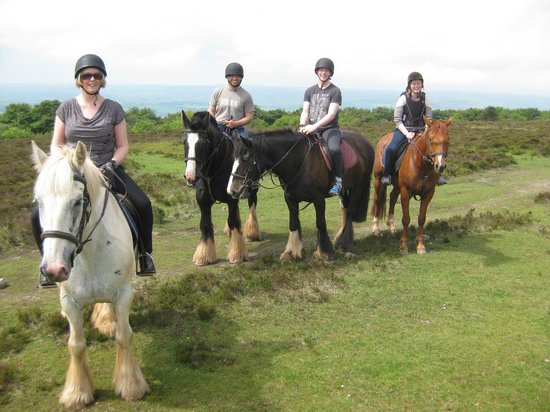 What a splendid time we had! Quantock Trekking turned out to be our family-holiday riding dream. From the moment we arrived Gill and Dave welcomed us with great warmth and generosity; providing us with a wealth of information about the local area. Once we'd settled into the Lodge, Gill brought over a delicious home-cooked meal and on top of that she had baked a cake for the birthday girl! We were blown away by the Lodge: from the spectacular views and the well designed, spacious accommodations to the many breakfast goodies in the kitchen! The Lodge is bright, clean, deliciously comfortable, with every detail and need cared for. It was especially wonderful to hear the babbling brook at night from our window, and in the morning to see the beautiful horses come in from the field, trotting right past the Lodge. Dave took us out for our ride and, though we were mixed ability, he made us all feel like confident riders. We trotted and cantered over the gorgeous and ever-changing landscape. He also acted as tour guide with recounting stories and myths along the way. The horses were well cared for and sprightly: we always felt safe on them. The lodge was a delight to return to and we were able to completely relax in the quiet, calm surroundings. We will definitely be returning to this horse-oasis and would highly recommend it to anyone, everyone! Thanks so much again, Gill and Dave!

2. The Museum of Somerset 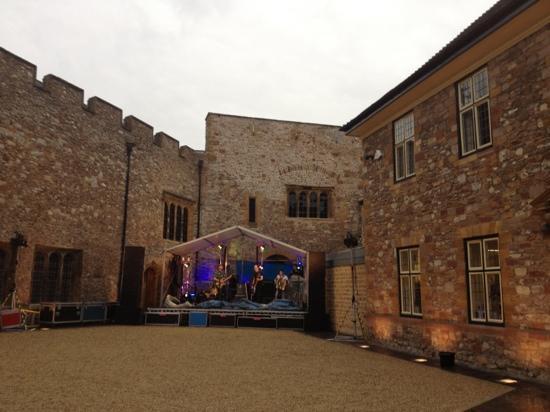 The museum was set in pedestrian area only court yard but we managed to park the car close by.The museum was free to get in and we spent a couple of hours there. It had interesting displays. We had snacks in the cafe half way through our visit and then continued up stairs to the war time exibites. 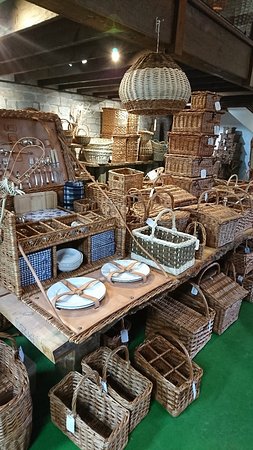 There's a great deal to see here. The museum, which is obviously everything that can conceivably connected to willow and the willow industry past and present, was very interesting and needs an hour to take it all in. Good video too (other than a dreadfully repetitive musical soundtrack!). Plenty to buy in the willow products shop.
Good tea room - the Lemon Tree - and would recommend the pork pie - really good. Could do with better lighting though - bit gloomy at the back. Extensive walks available too up to the river and past the withy beds. 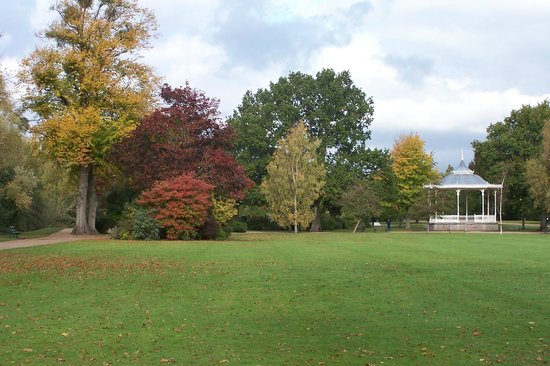 This park is ideal to visit any time of year. There are always lovely managed plants and trees which are pleasing to the eye. On a frosty morning the leaves will glisten and the air will fill with intermittent quacking from the duck pond. The toilet block is right on the outermost boundary but after the walk to reach them they are generally clean and trouble free. The park is flat as can be and so can be accessed by all age groups. Take a picnic and a flask with you because there isn't a coffee shop to sit down at. I love this beautiful park whatever the season and especially like to visit on a Sunday morning before the shops in town are open. 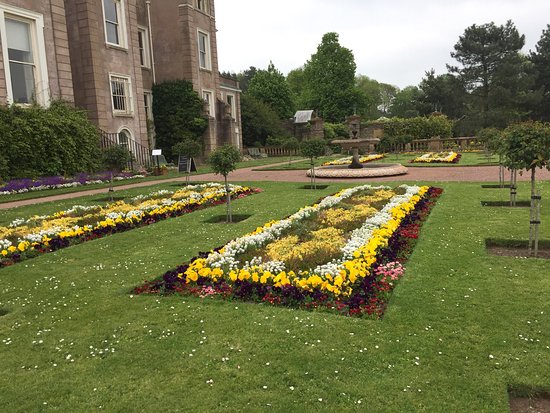 Hestercombe is a unique combination of three centuries of garden design: Coplestone Warre Bampfylde's Georgian landscape garden, the Victorian Terrace and shrubbery and the stunning Edwardian garden design by Sir Edwin Lutyens and Gertrude Jekyll. All have undergone acclaimed restoration work and today provide important examples of Gardens in contrasting styles that continue to grow and develop. The award-winning visitor facilities include the warm and welcoming Stables Restaurant & Coffee Shop with a bright, airy, stylish Courtyard.Copyright © Hestercombe Gardens

On a lovely sunny but chilly February day we met our friends and had a great day. The house was interesting and the book shop. The scenery and Gardens are outstanding and we hope to return in the summer. The cafe has good coffee and cake too. 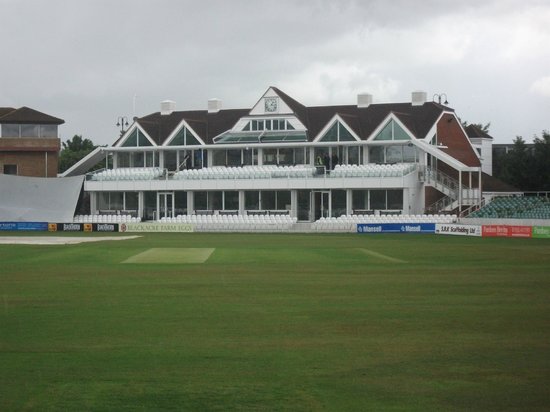 Once inside the ground the staff are friendly and helpful and no matter where you sit you get a good view. Quite reasonable prices for County games however like all cricket grounds you will pay a lot more for 20/20 matches.
A number of food and drink outlets, however the food they sell is the normal calorie busting choices.
The only weakness at the ground is beyond their control is that of car parking. You cannot park at the ground, the nearby car parks are always full, in fact the whole of Taunton is a drivers nightmare especially if you wish to park. Park & ride is the best option, although they finish quite early. 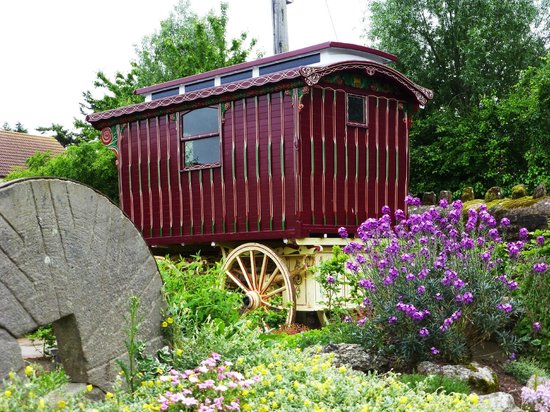 We are two retired friends who have been to many local attractions around Somerset & Gloucestershire. This one had always been sort of second on our wish-list. We expected a beat-up mill and a few, poorly labelled, bits of farm yard rejects. It is now a must return, mega-triumph. Much bigger than advertised and full of very good condition and well labelled exhibits. The owner has collected so much of the local village/town heritage and presents it in an non-fussy and accessible way. Plenty for kids, lots of running about space. Plenty for oldies. Excellent tea shop. Really nice and very committed volunteers. Proceeds going to charity. For us, visit of the year and perhaps longer 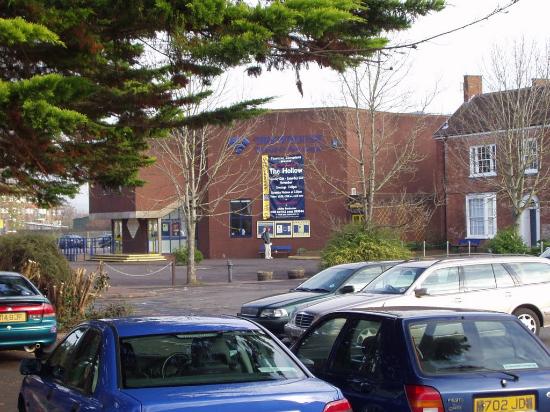 Excellent little intimate theatre where you really did feel like you were watching the show in your front-room (well did have a front row seat). Dillie Keane was EXCELLENT and the only down side to the show was that it had to end - But now watching the DVD tomorrow as excellent. I visited with a friend who lives nearby.
There is a cafe inside. Families were there.
Volunteer staff are friendly and helpful
Beautiful stain glass windows with brass plaques
around. Clearly well looked after.
Near to town and worth a visit as representing
a typical old English church.

You can start this towpath walk in several places between Taunton and Bridgwater, the carpark at North Newton is a good place to start. Lovely and quiet in peaceful countryside ideal for dogs and children, occasional electric boat rides ( need advance booking). Very nice riverside cafe for tea and cake or icecream at the end of it. Well kept up towpath and canal.