Top Things to do in Stresa

Top 10 Things to do in Stresa, Italy

Stresa is a town and comune of about 5,000 residents on the shores of Lake Maggiore in the province of Verbano-Cusio-Ossola in the Piedmont region of northern Italy, about 90 kilometres (56 mi) northwest of Milan. Since the early 20th century, the main source of income has been tourism. It is situated on road and rail routes to the Simplon Pass.
Restaurants in Stresa 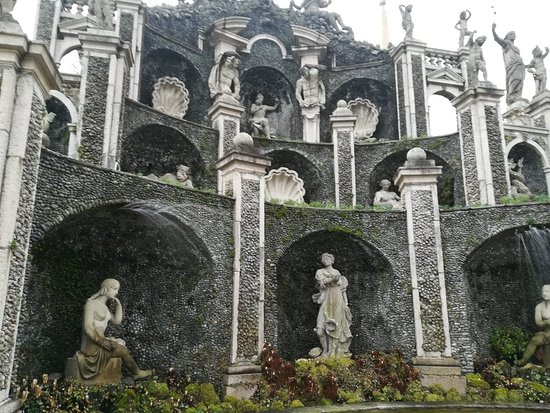 We were part of Riviera travel tour and boated across to Isola Bella. A private tour of the Palazzo with free time to wander around the Gardens. It was such a whimsical place and lucky me found the perfect rose perfume in the gift shop. Everyone should visit this place. 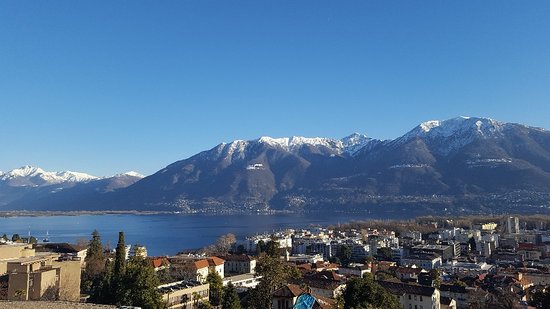 The perfect region for your holidays between mountain and lake. Trips, congresses, families, small and big events, culture, outdoor excursions, fun and relaxation in Lago Maggiore, Orta Lake and surroundings.

Maggiore is 70 miles long apparently but we stayed near Pallanza for the week. Plenty to do and see travelling by regular Ferries from the town centre. Beautiful scenery, interesting Islands ro visit. 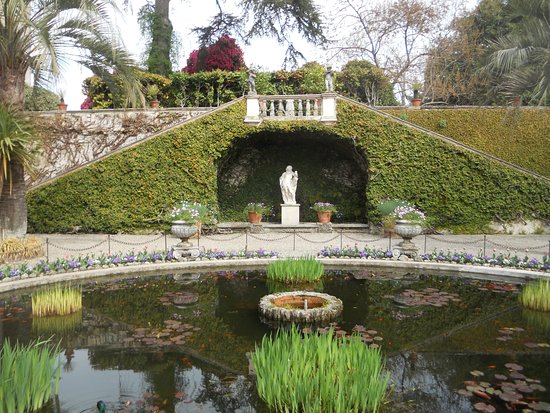 Part of the Borromean archipelago and home to an exotic garden of plants, birds and flowers, this magical island is considered a botanical garden on water.

When you park in Stresa you may be approached by boat captains touting for their boat companies, they are reasonable value and have fast clean boats going about hourly, which is enough. You can also get the Ferries, they are a little more expensive.
Isola Madre has a Villa which was a residence rather than a palace. It also has an interesting collection of toys, dolls and puppet theatres.
The garden is really very lovely and peaceful, with some large pheasants and peacocks.

My favorite part of this little chapel is the Gregorian Chant music softly played over speakers from above. Please please please, other tourists, walk slowly, don't talk at all, and keep it a peaceful experience for all. It's a very pretty little chapel to come pray in and listen to the music. 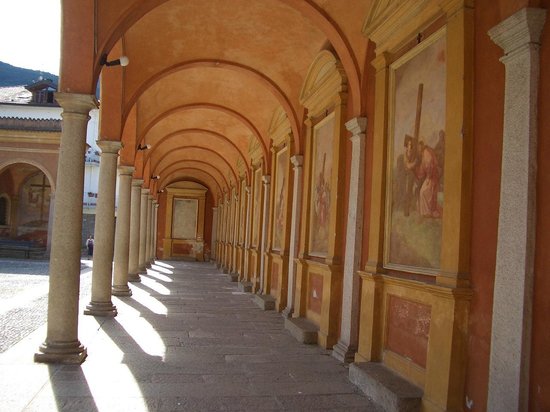 Just a few minutes walk from the ferry terminal is this wonderful village church with murals on the walls of the covered walkway. The bell tower is quaint and unassuming, the whole area is just so peaceful in comparison to the noisy traffic on the main road. The tiny streets leading to and from the church are nice to stroll around too. Walk back to the lake front and unwind with a gelato and watch the world go by. 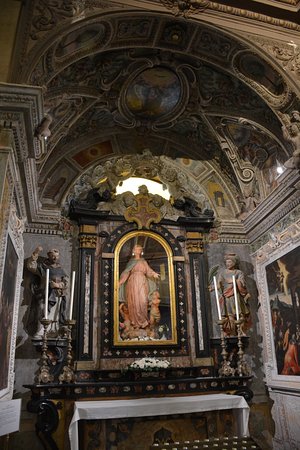 Easy to by pass this quaint medieval church with an interesting history but worth a look Island is pretty & busy with tourists, usually looking for a meal rather than quiet contemplation 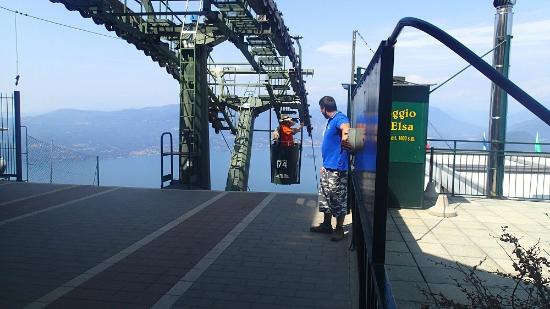 I don't think I've ever used the word 'awesome' before, but this truly was. You get to ride in a one/two-person 'car', a metal basket really, travelling 1000m up a mountain with the stunning landscape of Lake Maggiore and the Alps beyond steadily opening out before you (well, if you're facing downhill!). You can choose a closed or open ('aperto') car. Unless it's raining or you have no head for heights - in which case you probably won't be up for this anyway, I'd recommend the thrill of the 'aperto'. There are places to sit and gaze at the top, a nice little bar and a restaurant, and great walks in beautiful beech woods. 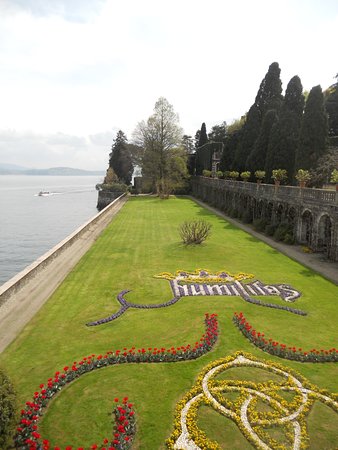 The famous Isola Bella attracts thousands, the Palazzo itself is interesting but it's the Gardens people come to see. Formal Gardens, very manicured and stylised, filled with statues. It's almost a case of trying to fit in as many statues as possible. Peacocks wandering around attract attention, lots try to imitate their call to encourage a display of their tail feathers. 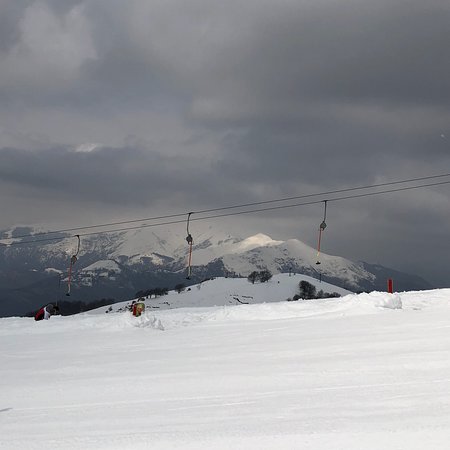 Always good to get up high in a place, and this was no exception. Only worth doing if the visibility at the summit is clear, of course - would be pointless in cloud. So, assuming good weather, it is totally worth doing for the views. We had blue skies and low cloud, which made for a nice view. There is very little walking involved (if you do not want there to be) so this area can be enjoyed even if your mobility is limited. There are numerous trails at the top, if you do want to go hiking. And a toboggan ride. Highly recommended excursion. 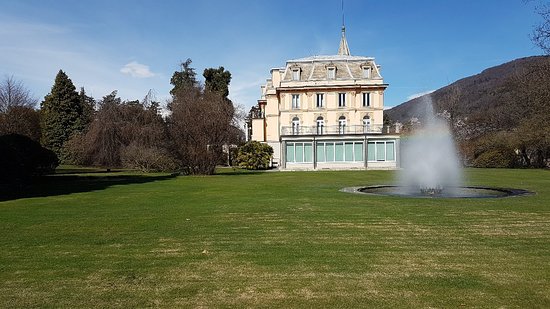 This is a fantastic garden, beautifully presented and easily accessed from the lake steamer. The dahlias were stunning, a fantastic collection of varieties planted out along a winding pathway. There's an interesting collection of Amazonian water lilies in a large hothouse. The self guided tour takes you round the garden, there's a coffee stop with toilets overlooking more waterlilly pools. You need to allow around two to three hours to take in the whole area. There's a very good restaurant at the entrance/exit.