Top 10 Things to do in Stevenson, United States 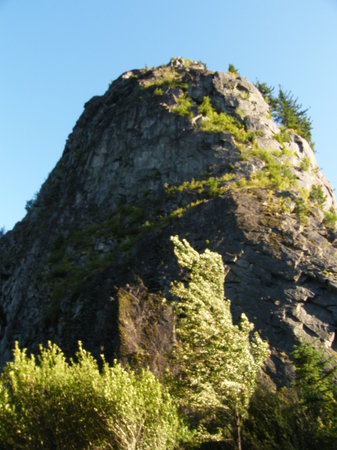 A mile-long walking trail takes you to the peak of this 800-foot geological structure formed from an ancient volcano, and rewards you with a spectacular view of the Columbia River Gorge.

Pretty easy day hike with manageable trails and inclines for beginner hikers. Quite a few switch backs but the views make it worthwhile. Plenty of vistas for taking photos. Went on a Thursday afternoon just before lunchtime and did not have very much foot traffic to contend with. 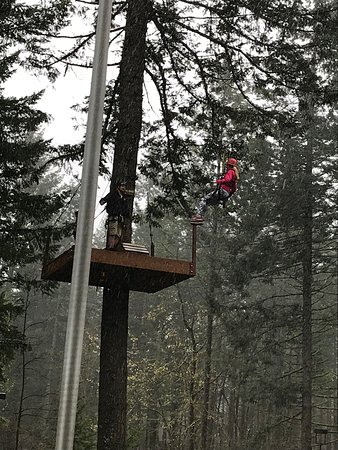 Enjoy a beautiful stretch of Pacific Northwest forest on the Skamania Lodge property in the Columbia Gorge. We offer seven zip lines, three suspension bridges and a belay from one of our tree platforms. Our guides are awesome and will make sure you have a great time on the tour! We are located inside Skamania Lodge which is a worthy attraction itself. Tour guest weight limits are 60 to 275 lbs. Closed toe shoes required.

My friend and I were recently up at Skamania as she wanted to check ziplining off her bucket list. (I'd zipped the course last summer. My friend is in her 70s and really wanted to try it.) She was pretty nervous at first, but the team pretty quickly put her at ease about any safety concerns she had. Greg took the time to walk her through all the safety checks and double checks they conduct before and during the experience, clearly communicated what she would experience, and made her feel at ease. We both had a ball! By the second zip, she was letting go of the rope, and she even sling-shot the last zip so she could go as fast as possible! It was an amazing experience for us both. Greg and Ashley made it the BEST. 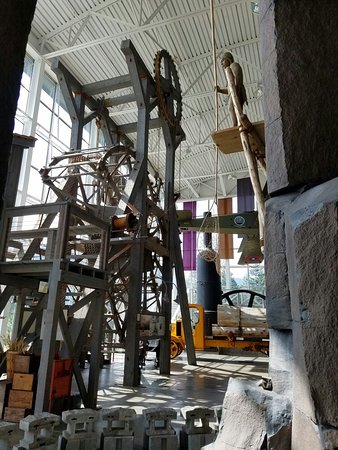 Museum dedicated to the preservation, conservation, and interpretation of the cultural and natural history of Skamania County and the Columbia River Gorge.

Well-rounded, even includes beautiful antique, hand-sewn quilts, geology film on how the gorge was formed (we didn't know about the floods!). locomotives, machinery, and river boat memorabilia on display. Great location, too.Thank you for your kind review, is there a reason that you only gave us one star? We are always looking for ways to improve. 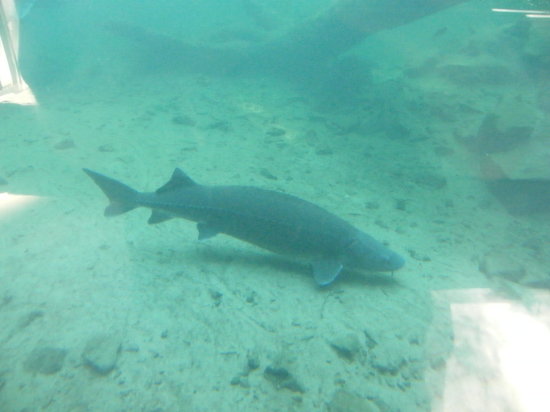 Children would especially like to see these huge sturgeon. It is free with free parking also. You can see the fish by standing beside their pool or walking down steps and looking through glass. 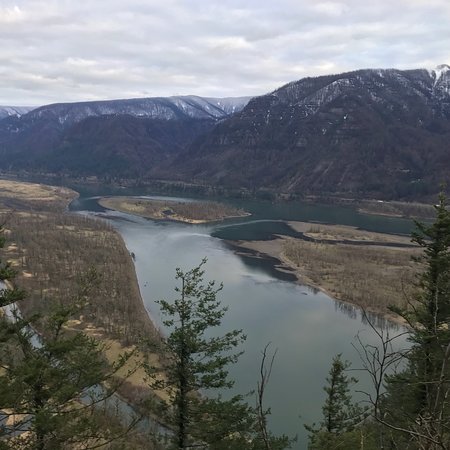 Came here after completing the Hamilton Mountain trail...across the street. This is a 0.9 mile (each way) quickly hike up the stump of a rock. lol. The elevation gain is about 600 ft ish. The "trail" is essentially a concrete sidewalk all the way up. It is heavily traffic'd so be patient with people ahead of you. Lots of switchbacks...was kind of fun. Overall fun for all. 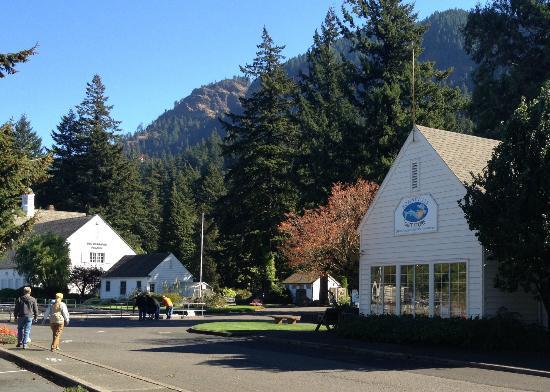 Really fun family friendly place to stop and spend an hour or so. Don't overlook it - might not seem like much, but we really had a good time. Once you're done with the self guided tour, the gift shop was good - and we spent some time eating a picnic on the grounds. Just a little hidden gem - and great for kids! 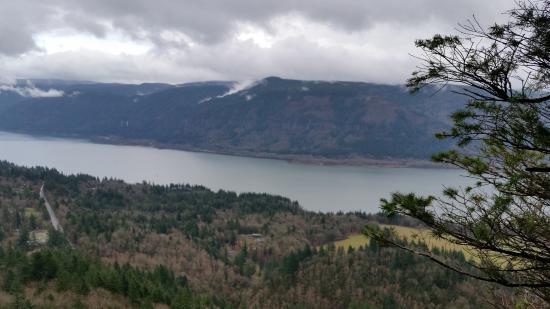 The view of the Columbia River is beautiful from the lookout, but there is no sign telling you where to pull off for this lovely view. We drove east on Hwy. 14 from Vancouver, searching for this lookout, and never found it (because we were looking for a sign). When we got to the Cape Horn Road and Cape Horn trailhead, we knew we'd missed it because we were almost at river level. On our way back east, we started looking for a pull-off area after we passed Cape Horn Road on the south side of the highway at a higher elevation, and found the spot. Be prepared to stop suddenly to pull off. The view was gorgeous! 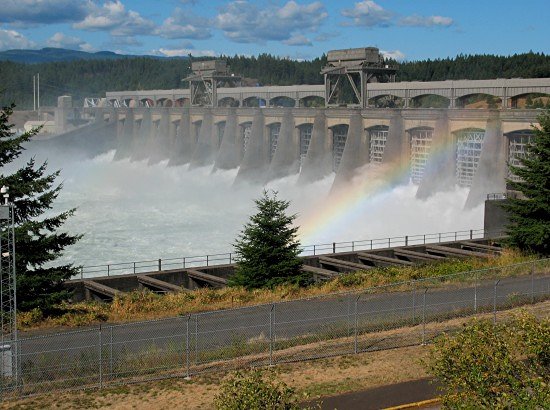 Spans the Columbia River and links Oregon and Washington.

I wanted to go, my wife didn't. I was driving, so we went. ;-)
Both of us were glad we did.
My wife loved the views of the river and the fish ladder, and the history recounted in the visitor center. I liked that and the tour of the turbine station (which I think she even found interesting, though less than me).
We both agreed it was a highlight of our Columbia River Gorge trip. And, the price was right! 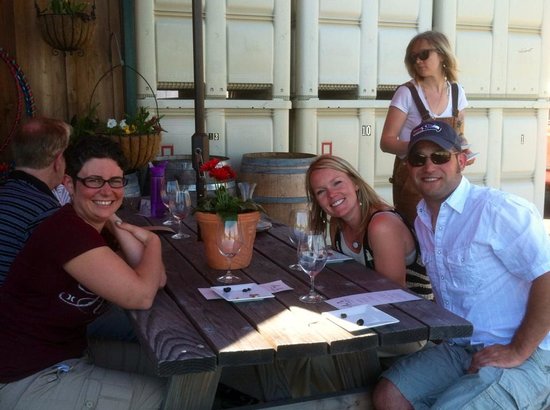 Martin did a custom private tour for our small group of four. We wanted to do some hiking in the Columbia Gorge as well as seeing some of the waterfalls. We went on a beautifully sunny day in early May, and Martin was knowledgeable enough to steer us away from some of the more crowded sites. We stopped briefly for photos at the spectacular Multnomah Falls, and then traveled further to hike the Starvation Ridge Trail, plus the very short and easy Starvation Creek Falls trail. The ridge trail was steep, but rewarded us with wonderfuls views of the Columbia River and Gorge, and a nice variety of wild flowers and plants, which Martin identified when we were uncertain. Martin's vehicle was great, and he was prompt in picking us up from our hotel in Portland, and he returned us on time. He also sent some a few of his own photos by e-mail, afterward. We very much enjoyed the tour, which fully met our specifications, and we would highly recommend his tour company. I have golfed this course several times. Take a lot of balls it is narrow and wooded. I have never felt rushed there which is nice. You need a golf cart for this one
Pro's: beautiful and fun. Golf shop sells wine bottle made to fit in cup holders on carts.
Con's: no cigars at golf course or stroke/ball counters for sale
Hot dogs are disgusting and rubbery