Top Things to do in Springville

Top 10 Things to do in Springville, United States 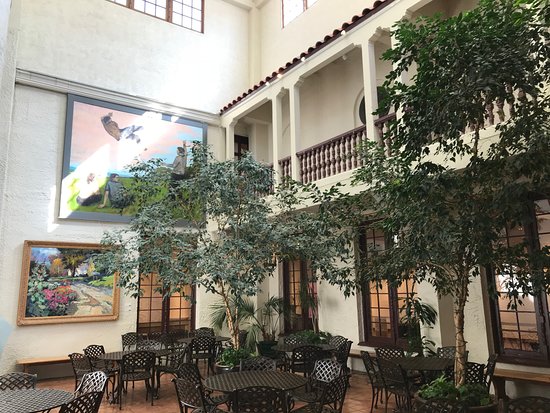 One of the finest displays of Utah art.

Lots of beauty in the building itself, has a cool little eating area with one of those perpetual motion looking machines with balls rolling through it. Several permanent pieces, sculptures and a variety of temporary exhibits. They also hold classes and events. A lovely place! 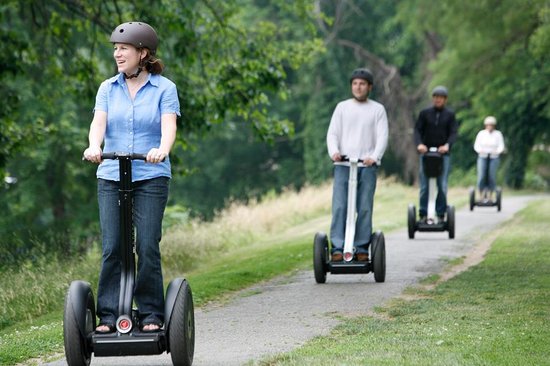 Segway of Utah offers TWO great tours! Our one-hour CITY TOUR Tour takes you through a small section of Spanish Fork City then connects with the Spanish Fork River Trail where we spend most of the tour on the shady and paved trail that runs beside the river and throughout the city. Listen with the attached radios as our marvelous Tour Guide gives you some interesting facts and little known knowledge about local history and the Segway PT. Our two-hour COUNTRY TOUR takes you down Main Street a few blocks until we merge with the new trail that ends up at Canyon View Park. Its 4.5 miles each way of secluded beautiful riding. Once we arrive at the park, we take a brief restroom and water break then head on back to Segway of Utah. If you want to bring a snack and eat it on the break, each Segway PT has a front bag big enough to hold an average size brown lunch sack. If everyone in the tour belongs to the same group and you want to add in a picnic-at-the-park, we’ll stay up to 30 minutes.

My wife and I have always wanted to ride a Segway, what a great opportunity to ride one with Segway of Utah. The trip started with some safety guidelines, they want to make sure you know how to ride. Stephanie was an awesome instructor. The...MoreThank you for the great feedback! We think Stephanie is a wonderful Tour Guide too and we're so glad you enjoyed your tour in our city. 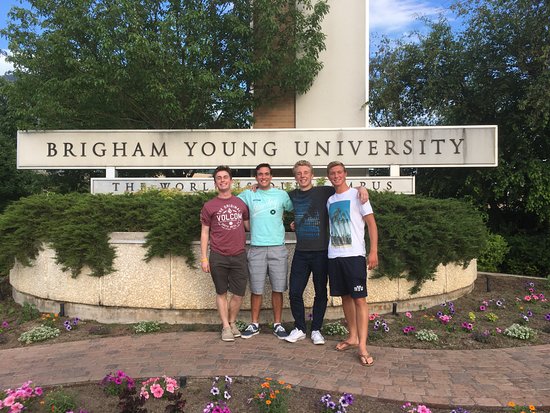 We had a family gathering here and among our group was my mother who has difficulty walking. She has a handicap parking permit. We came on a Saturday afternoon and we could not find a single handicap parking spot that was available anywhere. All the visitor parking lots were full. I dropped my mother off as close to the campus as we could get and then I parked far away and hiked back.
BYU is enormous. It is a beautiful campus in a great location – surrounded by mountains. But they need more handicap accessible parking options. 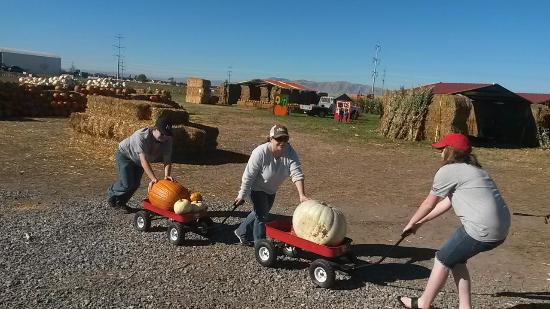 Two seniors, two adults, two children under five. Everyone loved it. Corn maze was difficult but not scary. Great view of the mountains. Came home with corn, pumpkin and one kernel in our two year old's nostril. How can you beat that? Such a good price at $2 compared to places in my town for $12

Considering that this was a pioneer tabernacle that burned down and was reconstructed as a L.D.S. Temple, it is an amazing building. The grounds, though young, are nice. But the beauty is in the building. The effort made to correctly match the previous interior and to be faithful to the pioneer heritage is fantastic. However, to truly see the interior you have to be a member of the L.D.S. faith and have a Temple Recommend. That should not stop you from viewing the exterior of the building and all it represents. 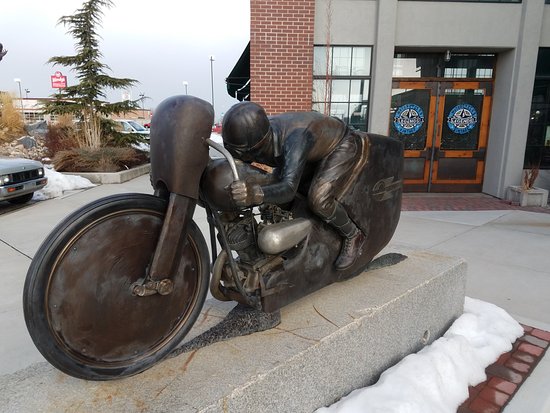 The atmosphere in this new building makes it desirable for a meeting spot. The staff is friendly. Owners are motorcyclist enthusiasts who have added a mini museum as part of the ambience. Tables and counter are often full.
I've had special, soup, salad, and burgers. All were just average. Waiters were fast with drinks, cheerful, but service was slow. visit if you are in the mood for a different atmosphere and aren't looking for high quality on the menu. It is near freeway exit so easy to find.

Went on a drive up the Canyon and found this gem. Playground for our 2yr old which she loved. It was updated and in the shade (very important for little ones). New mulch in the play area. Very clean campsites and all were very close to the river. Perfect for a day trip away from the city or for a weekend with family. Some campsites could fit a couple vehicles or a long camper. Good fire pits and charcoal grills at each site. 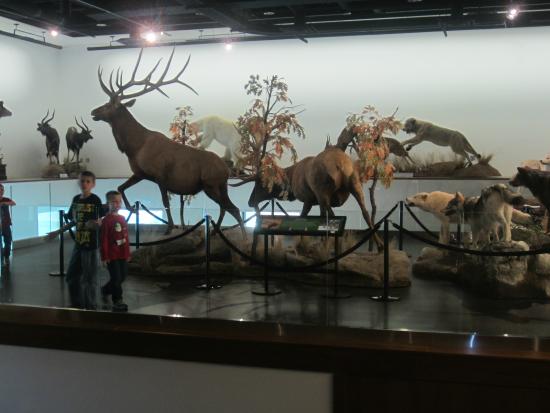 A great little museum. A whole bunch of taxidermed animals, many in very good habitats. Really good for kids. Like going to the zoo, but all indoors. Big enough for a wide variety, but not so big that anyone will get too tired. Good flow, but layout also makes it easy to go back to things if you want. 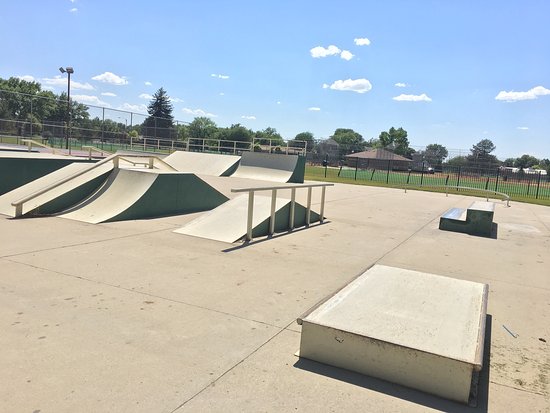 Reviewed By Peg I - Springville, Utah

This skate park is part of the Springville City Memorial park, but it has a separate access point on 700 East, is fenced in separately, and is far enough away from the baseball diamond and other activities you wouldn't even know it is part of an overall plan unless you observed closely. The large skate park has plenty of options for skateboarders to choose from, and a lawn area with tall trees for shade beside it for Mom and Dad to relax and watch. It is next door to a small playground area (outside the fenced area), and has two large trash cans for easy disposal of any trash leftover from the snacks you might bring. 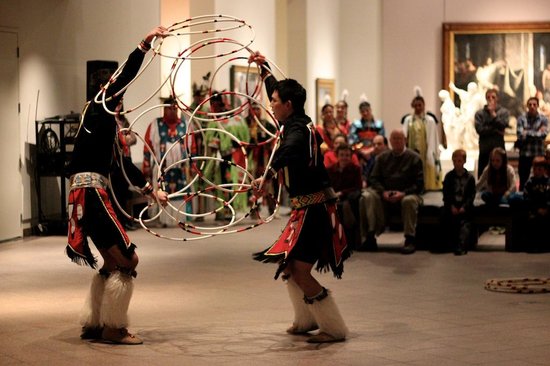 The BYU MOA is free (except for an occasional special traveling exhibit), and it rotates new exhibits in regularly. A featured exhibit is usually on the main level, along with an exhibit from their permanent collections, but don't miss the smaller galleries downstairs. The Museum Cafe is only open for lunch, and is excellent. Don't miss the gift shop or the outdoor sculpture garden. If you are interested, try the HFAC south of the MOA for displays of student art.