Top 10 Things to do in Maisons-Alfort, France 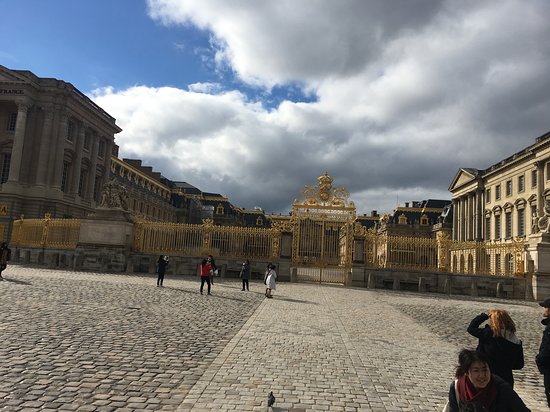 Franca entre amigos, or France among friends is a tourist agency that wellcomes travellers in Paris. Since 2008, a friendly and thoughtful staff provide private excursions and transferts. The team is experienced and knowlegeable on major sights. We only do private tours and departure point is always located from your hotel, so that you and your family can enjoy maximum confort and security.

It's an incredible place, seeing the tide coming up so quickly it's mesmerising. The only negative point we found is this one: we wanted to wait for the 20: p.m. tide, after having visited the abbey. We wanted to just sit in a cafe to have a beer or something like that, watching the tide coming up. Nothing, at 6 p.m. every bar or restaurant (but one, internal) was closed. Not a very marketing-clever idea, but maybe there was something going on we didnt' know about. 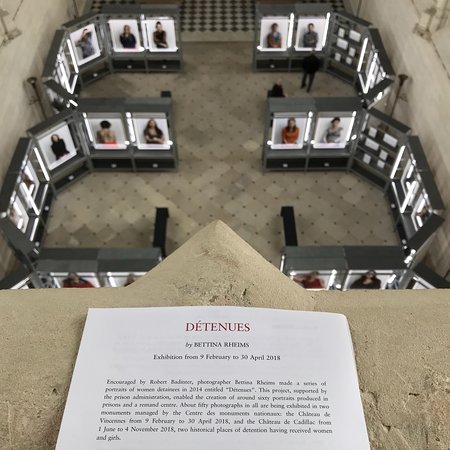 The Chateau de Vincennes was used as royal residence from the 12th to 18th century and it has preserved its medieval towers, the Sainte-Chapelle and the 14th century keep which is the highest of its kind in Europe. In 1365, Charles V, King of France, transformed the family manor house at Vincennes into a more suitable royal dwelling and built the present keep to house his art collection and manuscripts. From the early 15th century to the 1800s, the keep was used as a prison, a symbol of absolute State power, which saw the imprisonment of famous figures such as Fouquet, the Marquis de Sade, and Mirabeau. After extensive restoration work, the Sainte-Chapelle at the Château de Vincennes has re-opened to the public and visitors can now fully admire its remarkable decorative ensemble. Started in 1379, and based on the model of the royal chapel in the Palais de la Cité in Paris, the Sainte-Chapelle at Vincennes realised the dreams of King Charles V to add a truly exceptional religious edifice to this impressive fortress. Open: > 1st April to 30th September: from 10 a.m. to 6.15 p.m. > 1st October to 31st March: from 10 a.m. to 5.15 p.m. Closed: > 1st January, 1st May, 1st November, 11th November and 25th December. Admission fees: Adults : 8,50 €; Concessions (18 to 25) = 5,50 €; Free admission: minors under 18*; Free admission: 18-25 years old* (citizens of one of the 27 countries of the EU or are non-European permanent residents of France) * excluding school groups

I really recommend you visit the Chateau Vincennes. It's a very easy trip on the Metro (last stop on the yellow line, east) and is almost deserted.
The Twelfth Arrondisment (sp?) is quiet, with good shopping and some great bistros. The Chateau is a two minute walk from the Metro and easy to find. Inside the Sainte Chapelle is, I think, nicer than the one on the Ile de Cite - and a lot less crowded. The tour is almost the same as it was in the Middle Ages, when it was featured in the Tres Riches Heures du Duke du Berry.
Chateau Vincennes has played a pivotal role in French history for centuries, yet almost no one knows about it. For starters, it's where Henry V, king of England, died, and where Mata Hari was executed in 1917.
The staff inside the Chateau are enthusiastic and knowledgeable, and the rooms themselves well restored. There were a lot of children there the day we visited having the time of their lives in a real castle.
After your visit, you can take a picnic to the large park behind the Chateau. 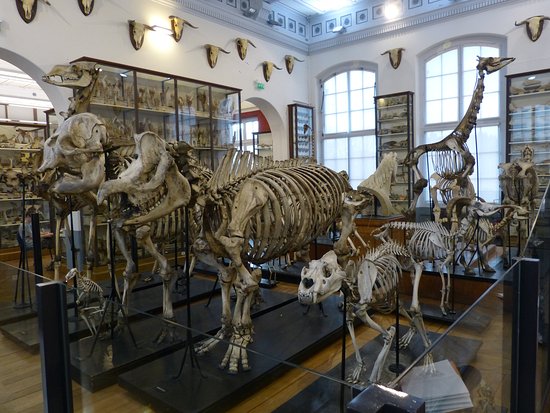 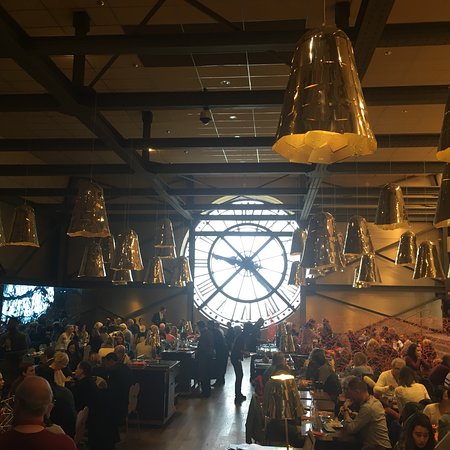 This beautiful museum, once a railroad station, now houses a staggering collection of Impressionist art, as well as other items created between 1848 and 1914. In 2011, the museum is running a renovation of the top floor (impressionist gallery). Only ground and medium floor are accessible. The top floor will re-open on the 20th of October. Meanwhile, some impressionist masterpieces are not visible.

Reviewed By Gordon U - Jacksonville, Florida

I think the best way to tour d'Orsay is to start on the 5th floor....accessed via escalators at the back of the main floor....5 has the impressionist(Manet, Monet, Degas, Renoir, etc) and it's something to see.
After you've had your socks blown off, proceed down to the 2nd floor. The post-impressionist(Van Gogh are on the left side, if you come down the stairs from 5. If you can find the escalators, the post-impressionist are on the right
After that, head down to the main floor, unless you are into furniture(over simplification) on the opposite side of the 2nd floor.
If you aren't out of gas, walk to down to the Seine and cross over to the Louvre....it should be the second bridge. 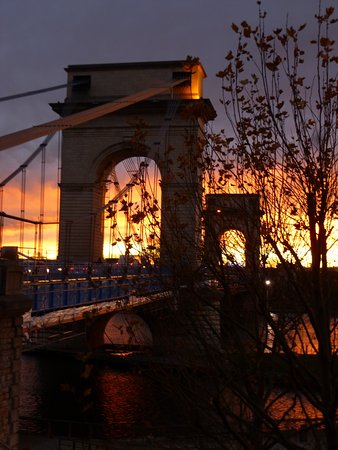 Built between 1912 and 1927 this suspension bridge links Vitry sur Seine to
Alfortville over the Marne river , it looks like a small scale Brooklyn bridge. 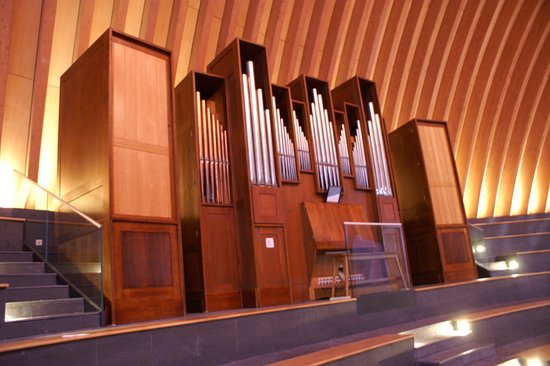 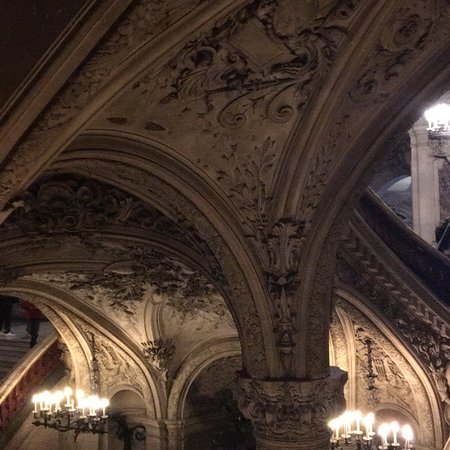 My husband proposed to me the night we went to see Phantom of the Opera so when we visited Paris, we had to make a stop at the Opera house that inspired it. We had no idea that this was going to be a highlight of our 10 day trip to Paris. We took the self guided tour. Everyone raves about Versailles, but the chateau Garnier certainly gives it fair competition in opulence. It is absolutely awe inspiring. We even got to watch some ballerinas rehearsing. Our only regret is that we didn’t book ahead to be able to see a full performance as the shows were sold out every night of our stay but just touring the amazing building is something not to be missed! 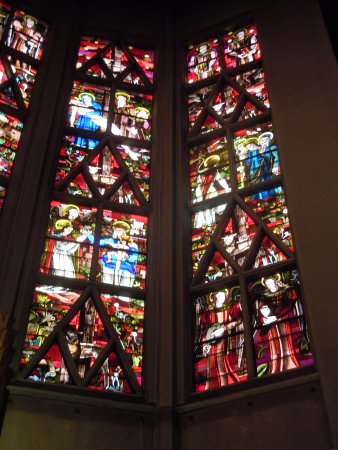 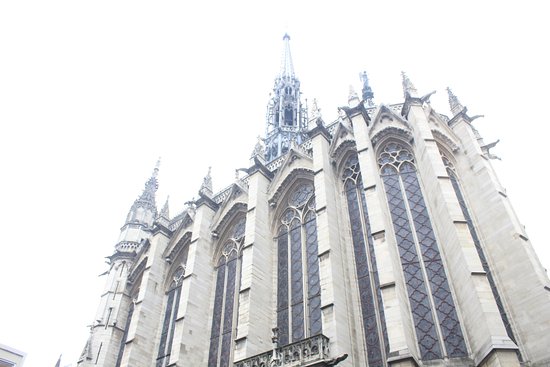 This chapel is brilliant. The restoration process has unveilled fantastic stained glass. The painted walls and ceilings are beautiful. Whilst most visitors go to see Notre Dame, may I suggest that this jewel should not be missed. 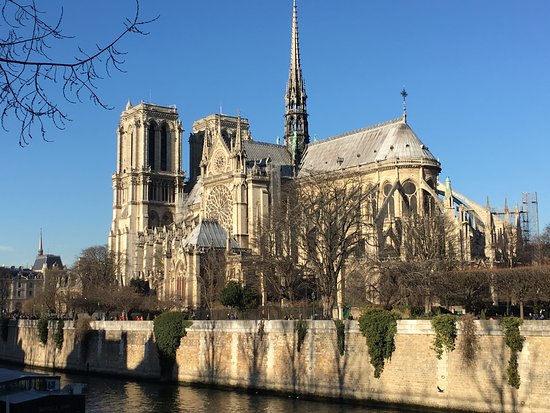 This famous Cathedral, a masterpiece of Gothic architecture on which construction began in the 12th century, stands on the Île de la Cité and is the symbolic heart of the city.

Great place to visit after having seen it in numerous books and on Television. Free of charge admission however, if you wish to see some of Catholicism's most important relics which includes the purported Crown of Thorns, a fragment of the True Course, and one of the Holy Nails you are looking at around 5 Euro per person.