Top 10 Things to do in Louisville, United States

Louisville (/ˈluːɪsvɪl/) Colorado is a Home Rule Municipality in Boulder County, Colorado, United States. The city population was 18,376 at the 2010 United States Census. Louisville began as a rough mining community in 1877, suffered through a period of extraordinary labor violence early in the 20th century, and then, when the mines closed in the 1950s, made a transition to a suburban residential community. CNN/Money and Money magazine have consistently listed Louisville as one of the 100 best places to live in the United States, ranking it among the top 100 in 2007, 2009 2011, 2013, 2015, and 2017.
Restaurants in Louisville 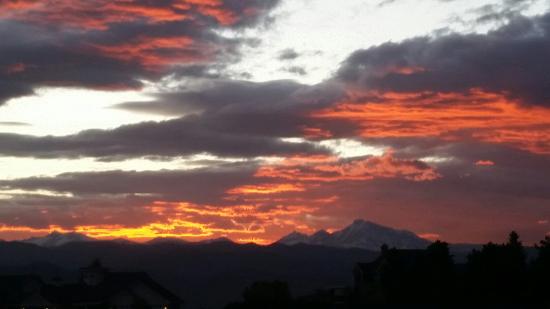 If you are visiting Louisville, you have to stop here. Just a short walk west will give you one of the best views of the flatirons and Boulder. There is a wide trip around the whole Mesa which totals 5 kilometers. Half way through, you can leave the Mesa and connect with the bike trail that runs from boulder to Westminster. Dogs are allowed on leash. There is also a dog park right next to it. 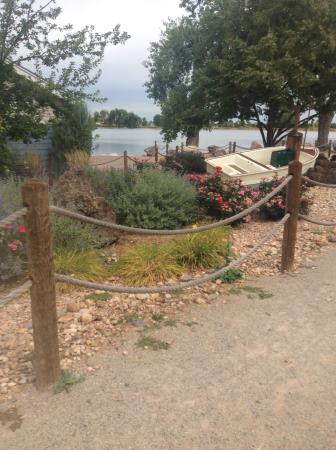 Waneka Lake has a walking trail that goes completely around the lake and provides wonderful scenery. I went to this lake to check out the possibility of paddle boarding. They have a rental facility for boards, but the park does not allow you to put in your own craft. Disappointing. I will probably rent there some day. But will go to other lakes for now. 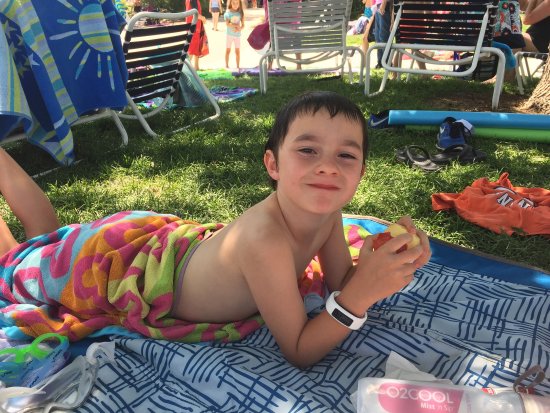 Visited here lately and had a fantastic day out. The slides are brilliant. The lifeguards were really vigilant and they were at the top and bottom of slides so it felt really safe. The price was good and the bathrooms were lovely and clean. Would highly recommend this pool! 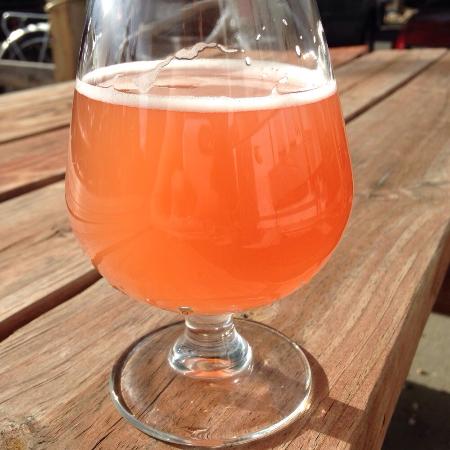 Reviewed By B K - Boulder, Colorado

The place is large compared to all the garage pop-up breweries/tap rooms. Very family friendly with a pool table, ping pong and plenty
Of board games. Oh, did I mention the beer? Awesome , with plenty of variety. They host community pot lucks every so often also. I think they're doing a wonderful job at running a business. Beer to go as well. Good variety of mall stores. Crowded during this holiday season. Walking trails are nice. There are huge prairie dog holes. These critters are kind of aggressive, yapping at me to move. 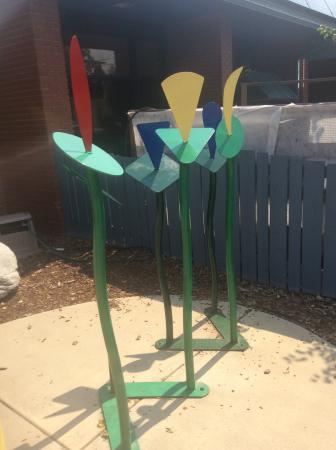 We really enjoyed spending a morning at the Children's Museum. There were so many areas for the kids to explore, pretend, imagine, and interact with the exhibits. We had 4 children and 6 adults, so lots of us to watch the kids. Exhibits varied from using paintbrushes to uncover a dinosaur skeleton, to a doctor's office, a sand box, and more. Some were great for little ones to sit and play. Others offered more learning by interacting with music, or putting on a play in costume. Great place! 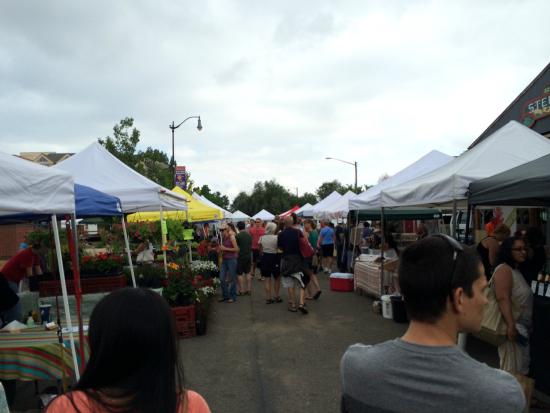 But the place to go for fresh veggies and music on a Saturday morning. We always get a $10 bag of fruits and veggies. Plus late breakfast. Go earlier for a less crowded experience. They often have a live band playing. They don't have the selection that you can find at the Boulder FM, and it is less of a "scene". But you can find what FM's started out being. Local and Fresh. 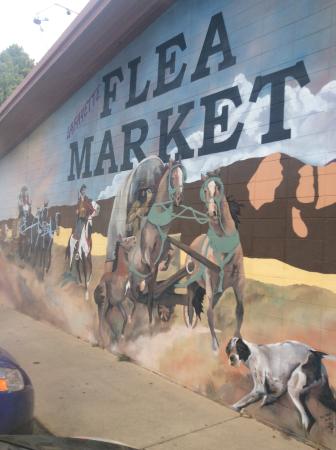 The flea market has been a lafayette staple for as long as I have lived here--25 years. It has changed over the years and prices have started to creep up. But it is a huge space with individual kiosks and you really have to shop around inside the place. For example, the most obvious book dealer is way more expensive than the tucked-out-of-sight vendor in the back who has some books. I have found amazing books for my research and for my pleasure reading.

I have furnished a lot of my house over the years from this place, too. I do wish there was a bit less tchotchke and more furniture and big items, but there you go. 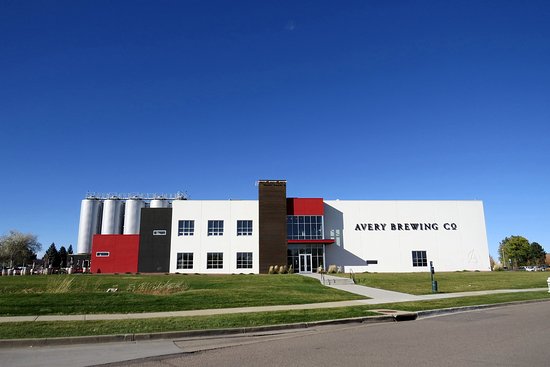 Our group of about 15-20 visitors had an energetic tour guide who had a very good understanding himself of the brewing process and its technical aspects. He communicated well to a wide range of tourists and home brewers alike, some of whom had to learn the diffrence between lagers and ales, and others who asked questions about bittering hops and secondary fermentation. He also answered honestly questions about the trend of some small CO brewers being let taken over by the big boys. We also learned about the advantages of cans and as a balance, Avery's commitment to using foil toppers to discourage slugging down a beer from a bottle, fraternity style, in favor of slowly drinking from beautiful stemware and luxuriating in the gustatory thrill.

The tour concluded with the tasting of one of the barrel aged group of small batch beers. We tasted an imperial coconut porter aged in Bourbon barrels.

We retreated afterwards to the tap room downstairs and joined new aquaintances from the tour group at a shared table. There is also a restaurant on the second floor with daily specials and a printed menu. 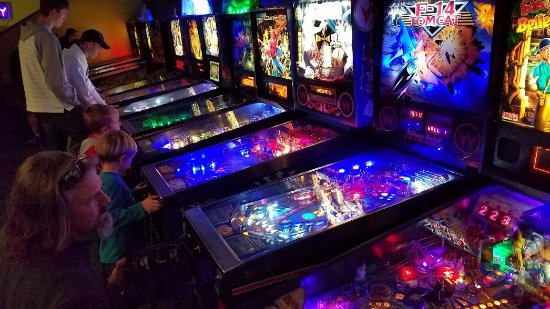 If you like it, you'll love it, if you don't...game over. [Note that I've only visited the lower level and I understand there is also an upstairs.]

This is a subterranean lair filled with arcade classics extending well beyond Pac-Man and Donkey Kong. There is a solid wall of pinball which includes brand new machines. If you so choose, you can time travel through the reigning arcade options of the past decade by decade including air hockey and a bubble dome hockey table. And there's alcohol! Friends who aren't into the games and don't mind the arcade ambiance can stay at the bar, pilot the jukebox, or hang in a couch filled corner.

Tilt has definitely leveled up since its previous life on Front Street ended. Front street was like going to a cool garage, this is like jacking into the throw-back room in the Oasis.

p.s. last time I looked, I held the high score on Tempest. If you read this and beat me enter TAC (TripAdvisor.Com) in the leader board.