Top 10 Things to do in Kissamos, Crete

Kissamos (Greek: Κίσσαμος) is a town and municipality, multiple (former) bishopric and Latin titular see in the west of the island of Crete, Greece. It is part of the Chania regional unit and of the former Kissamos Province which covers the northwest corner of the island. The city of Kissamos is also known as Kastelli Kissamou and often known simply as Kastelli after the Venetian castle that was there. It is now a port and fishing harbour, with a regular ferry from the Peloponnese via Kythira. A town museum is located in the old Venetian governor's palace and there have been important archaeological finds in the town, including fine mosaics, dating from the Roman city of Kisamos (Κίσαμος, Latinized as Cisamus). The head town of the municipality (Δήμος Κισσάμου) is Kastelli-Kissamos itself.
Restaurants in Kissamos

The most beautiful beach in Creta (together with Elafonisi) and famous for its wild nature, with turquoise waters and white sands turning to amazing shades of pink in some places. Waters are shallow, perfect for kids and lovely for grownups too. A legendary lagoon is also worth stopping by. Beware the boats throwing thousands of tourists in the middle of the day, although that is a very practical way to reach the place without going by car on a bumpy road. Ferries go back and forth from Kissamos port, but there are multiple trips during summer time, so I’d recommend to take the earliest trip available and then move to the island of Gramvousa nearby when the beach gets too crowded !

One of the best beaches in Chania prefecture, quite untouched and unexplored. Many travelers use the area around the beach as a free camping spot. It is actually a cedar forest next to the beach. It is also a favorite beach for naturists. The road up to Elafonisi is quite good and then you need to take a non asphalt road for about 10 minutes. Then you also need to take a walk path for another 15-20 minutes. No matter the time you will need to go there, it's sure that you will enjoy that unique beach.

Made the mistake of going to Elafonisi first which was beautiful but very very overcrowded with shallow waters. This beach is an absolute stunner; peaceful and an amazing landscape of trees and rocks down to the shoreline. Pack a lunch and water for a day of bliss. 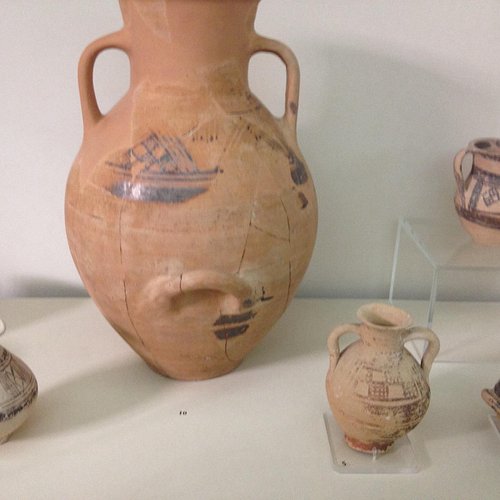 We were delighted we took the time to visit this small museum in Kissamos as it was very educational and so relevant to the West Crete area. The mosaic floors were especially beautiful and the actual museum building is delightful.

Maria Beach and Bar/Cafeteria is located on a beautiful and organized sany beach with a stunning view of the Kissamos Bay. The beach bar is operating for 37 years now, as part of Maria Beach family hotel, but independently as well and is well-known among tourists and local visitors. The bar offers a beautiful buffet breakfast in the morning from 08.00-11.00 and throughout the day coffee, local drinks, spirits, wine, beers and cocktails, snacks and ice-cream. 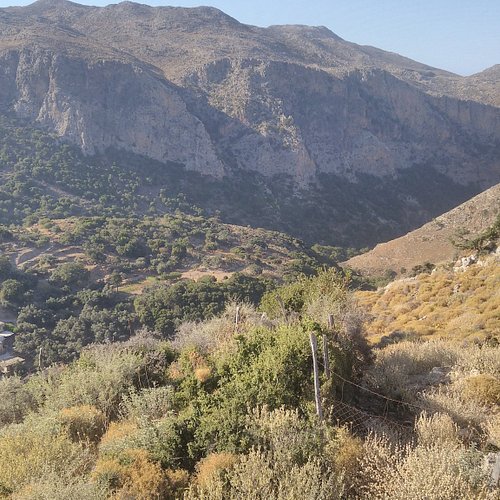 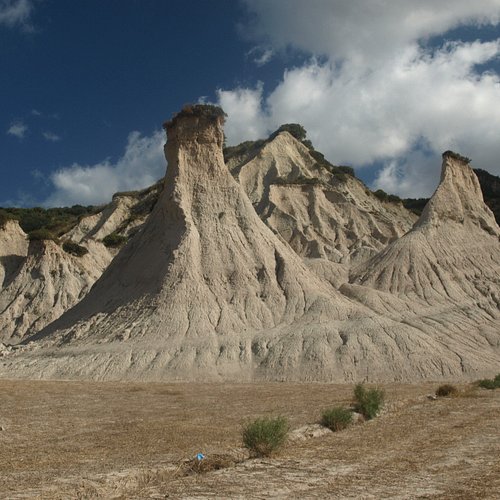 We were very warmly welcomed and showed around by the church clerk Maria, who speaks several languages. Also, there was church members gathering and they were all very warm. Architecture is very interesting. 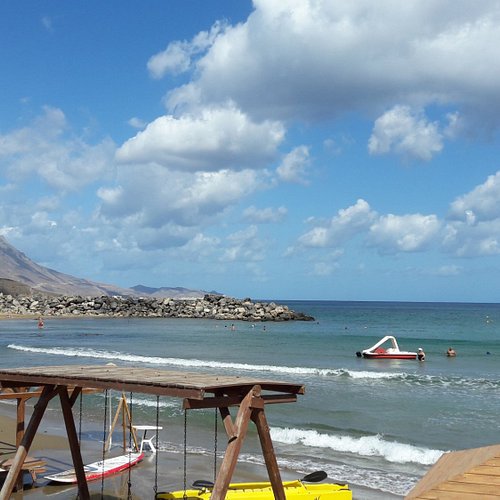 A very nice beach right next to the bus station Kissamos Kastelli. Not to compare for example with Falassarna, Balos Lagoon and so on. But for a beach to chill and having a good time, it is perfect in my oponion. You can play some beach tennis, do snorchling, Basketball/Tennis field next to the beach for free and in a good condition. Beach bars, a few hotels, water aktivities available (Jet ski, SUP, kanu etc, also surfing school (Kalosurf is I think the name of the school) I really enjoy it there. Water qualitiy is good, depending on wind and current situation. I had days there where you could see perfectly when you went snrochling there ( lots of fishes, I even saw a small octopus and kalamari). Not to crowded. Calm and easy What makes it there so special is the ambience. There are not many tourists. There is also a area where you can chill in the water no waves no currents because of the rocks ( protecting against heavy waves etc), also good for children. Beach Bars/Tavernaki are also located there I give 5 stars because, of the whole package. Knowing that Baloos, Falassarna and so on are special, so to speak, they are in a antoher category. To give here my opinion to the beach I have to consider that there is this beach right next to the village, it is also an other category. If I consider to give my opinion according to its category it is a super good place to stay and chill. I was there a lot of times, playing some basketball and then going snorchling and playing some beach tennis and then having a drink at a beach bar. I also enjoy it there till the sun is setting behind the hill the atmosphere is very good here. There is also a big supermarket next to the beach , Sklavenitits , in case you need in case you need to drop by after the beach ( during week open till 9 pm, Saturday till 8pm, Sunday closed) I will come back as soon as possible. By the way Kissamos is a perfect place to stay from where you can discover to nothwest and west of Crete (Baloos, Gramvousa, Elafonisse, Kerdodasos, Falassarna, Samaria etc) and if you need a small break from your journeys of discoveries, you can chill at Mavros Molos Kissamos, here it is perfect to chill in my opinion 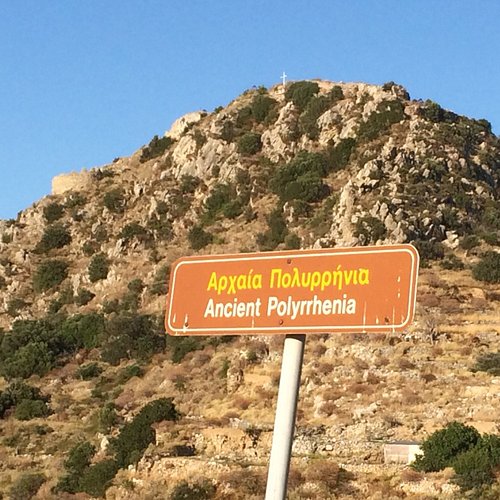