Top 10 Things to do in Jeffersonville, United States

Jeffersonville /ˈdʒɛfərsənvɪl/ is a city in Clark County, Indiana, along the Ohio River. Locally, the city is often referred to by the abbreviated name Jeff. It is directly across the Ohio River to the north of Louisville, Kentucky, along I-65. The population was 44,953 at the 2010 census. The city is the county seat of Clark County.
Restaurants in Jeffersonville 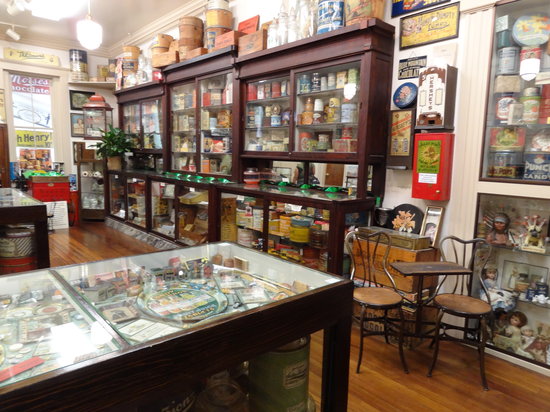 During our last visit to Louisville the couple we were visiting insisted that we accompany them to this small candy shop in Jeffersonville, Indiana. We happily agreed and experienced a wonderful demonstration of candy making. The samples were also wonderful. Before leaving, we bought a variety of chocolates to taste after returning home. These chocolates, filled with various fillings, were some of the best we’ve ever tasted. So smooth, creamy, rich and flavorful. They truly did melt in your mouth. Today’s visit was just to replenish our supply and add some more variety to chocolate tasting experience. 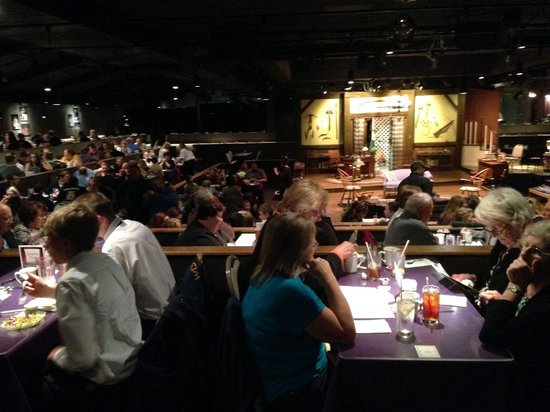 Our group went to this playhouse and we seen A Christmas Carol the Musical and the show was very good but the food not very good at all. However the show was very good and perfect for holiday season. We really did enjoy this show as the actors made it a fantastic new view of this classic tale. Only wish the food was half as good as the show. They need to hire a better chef who takes pride in their food.

3. Falls of the Ohio State Park 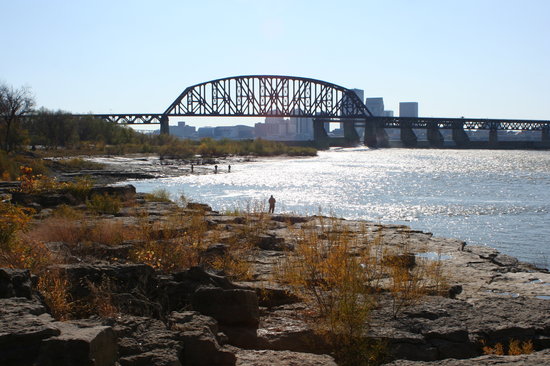 Dating back 386 million years, the Falls of Ohio are among the world's largest naturally exposed fossil beds.

This is a great park on the river. There’s a nice interpretive center and they give tours of the Falls on occasions. There’s quite a bit to explore on your own. Good hiking. Good access to downtown Jeffersonville through sidewalks. The fossils are neat to see and learn about. Plenty of parking. Close to restaurants and shops in downtown Jeffersonville and also the Big Four Bridge to walk or bike to downtown Louisville. 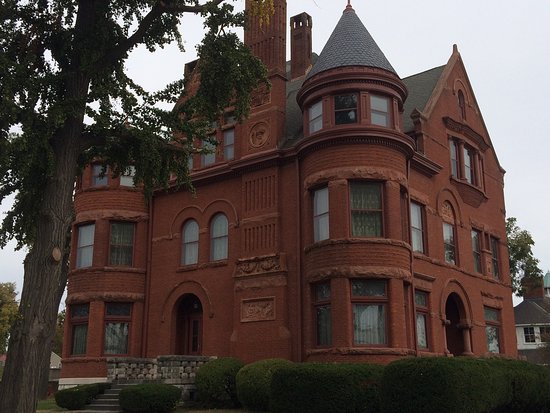 If in the area you should certainly stop by and see this breathtaking house. Once a personal resistance it was turned into a museum while the last of the family was still in residence. The house survived the great flood of the 30s as well as a tragic fire.

The property is also remodeling the carriage house on the property to be used for social gatherings...imagine your wedding at this beautiful location!

Built in the heart of Louisville, the Angel’s Envy Distillery is downtown’s first fully operational whiskey production facility. Angel’s Envy puts you in the center of our distilling process for a unique tour experience. TOURS ARE BY ONLINE RESERVATION ONLY.

We just got back from an amazing weekend Bachelorette Trip to Louisville. Our Angels Envy Distillery tour added to all of our weekend fun! Special shoutout to Helena. She was the best tour guide we could have had! Loved the tour as it gave a...MoreWe really appreciate hearing that! Thank you so much for sharing your review with us, and we hope you'll come back and visit us again! 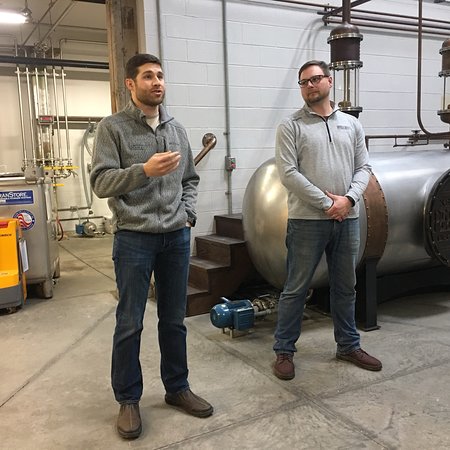 Kentucky Peerless Distilling Company opened in Louisville, Kentucky in 2015, but the distillery's roots extend back to 1889, when their ancestor, Henry Kraver, began distilling bourbon. Corky and Carson Taylor, fourth and fifth generation descendants of Kraver, are the historic-turned-urban Bourbon makers dedicated to providing a distinctively-authentic bourbon experience with distillery tours and tastings. Visit to experience, first-hand, the Peerless Caliber that sets Peerless spirits apart.

We love Peerless Rye and their bourbon ball truffles so much that we planned our trip from Georgia to Ohio through Louisville to visit this distillery since we had such a great experience the n October ‘17 during out 1st visit. The Staff is super friendly and knowledgeable! Alayna was our host today and she was super and made our 2nd experience even better than our 1st. They offer a tasting of the 3 single barrel flavor profiles (oak & pepper, floral, vanilla & caramel) that make up their signature rye....really cool to see how each taste individually and then how they come together in the signature product. Love the vanilla and caramel profile! Also, call me for the truffles! They are absolutely amazing! My favorite from any distillery. Great gift shop also! Well worth a visit....a don’t miss! 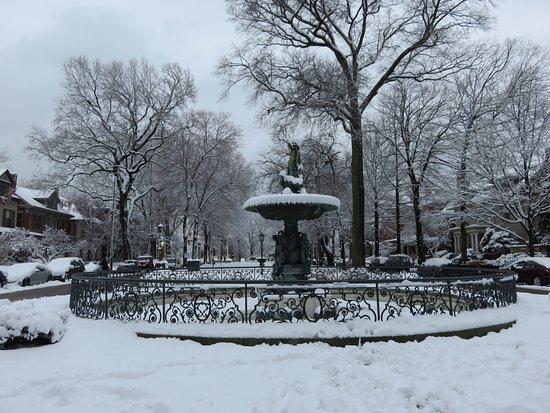 The Conrad-Caldwell House Museum is a historic, Victorian mansion located in the heart of Old Louisville on St. James Court. It is one of the finest examples of Richardsonian Romanesque architecture and was the masterpiece of famed local architect Arthur Loomis of Clarke & Loomis. Surrounded by a beautiful courtyard neighborhood at the center of the largest collection of Victorian Homes in the US, "Conrad's Castle" featured all the latest innovations of its day, including interior plumbing and electric lighting. Known for its beautiful woodwork and parquet floors, this massive Bedford limestone home, covered with gargoyles, beautiful archways, and elaborate stone designs, incorporated 7 types of hardwoods and magnificent stained glass windows in the interior design, making it one of the most stunning homes in Old Louisville. The Museum has been lovingly restored to the Edwardian Age, housing a massive collection of period items including many original pieces, and stands as a testament to the abundant lifestyle of the owners, two of Louisville's most prominent businessmen and entrepreneurs, Theophile Conrad and William E. Caldwell. Step back in time as you learn more about the era, the neighborhood, and the families who lived here. **The House offers tours Wednesday through Friday and on Sundays at 1 pm and 3 pm and on Saturdays at 11 am, 1 pm, and 3 pm. For security reasons we do not offer self-guided tours, we only offer guided tours at the stated times. Tour availability is on a first come, first serve basis, we do not take reservations for groups of less than 10 people. Tickets can be purchased in advance at the door 30 minutes prior to each tour. Advanced reservations are required for groups of 10 or more.Ticket costs are Adults-$10 Seniors & Military-$8 Students-$6 Children under the age of 5 are free. ***On the 3rd Thursday of every month the museum also offers extended tour times at 5pm & 7pm for our 3rd Thursday Twilight Tours. Our tours last between 60-90 minutes as our trained tour guides take guests back in time through this informative tour of the home's 3 floors set up with original family pieces circa 1908. Donations are greatly appreciated as this is a 501(c)3 non-profit. More information on the museum and our special events can be found by visiting our website. Thank you for your interest in the Conrad-Caldwell House Museum!

One of the reason's we decided to visit Central Park was to walk across the street to visit the Conrad-Caldwell House Museum. Such a beautiful house (castle) from the outside I couldn't wait to get inside. Well, we got to the door only to find out it was closed. I sat down to double check the website. The site said their hours were: Wednesday, Thursday, Friday & Sunday​ 1:00 PM & 3:00 PM.

It was Friday at 2:45 when we arrived (ready for the 3:00 tour). I even checked the sites special closures and it was supposed to be open. I would suggest you call before leaving to make sure they are open. Most of these tours are by volunteers and I'm just assuming since it was a rainy day they just didn't want to get out in the weather. Very disappointed. 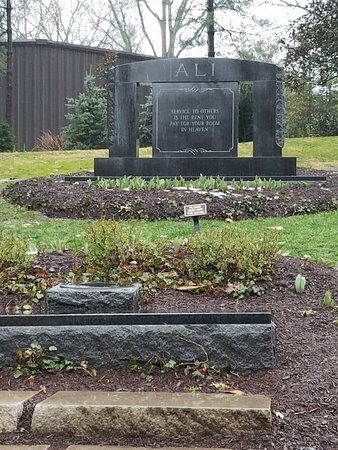 Call me strange, but we walk around cemeteries. It's clean (usually), cheap, interesting fare for any lazy afternoon or post-breakfast walk. With that said, I've walked through many cemeteries, but always compare them to this one (home-court advantage, I suppose). It's just beautiful, expansive, very well thought-out too with lots of history! 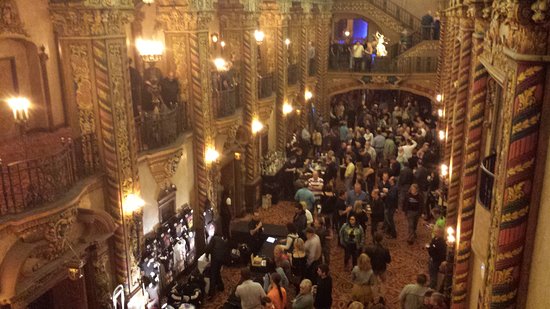 I have seen several shows over the years at the Louisville Palace, Steely Dan, Prince, Natalie Merchant, Smokey Robinson, Diana Krall - and most recently - this week - hilarious comedian John Mulaney!

this is about my favorite place to see a band or artist perform... small enough for a sense of intimacy, large enough to make you feel like you are at a happening event... the photos posted by yours truly and several others tell the best story - opulent, comfy, great acoustics (Mulaney was even able to speak to the whole audience with NO microphone for one special bit he did) -

There are a few bars available inside, and several restaurants available just outside on 4th Street - parking can be a bit of a challenge in downtown Louisville - but come early - park in the lot on 3rd street on the north side of Broadway, (event parking $8) - exit the garage on Fourth Street steps away from several dining options and bars, see the show - then afterward - have a snack or a nightcap on 4th Street while the crowd files out - makes for a great night out..

I have even been to a special yoga event recently at the Palace - practicing right on the stage! Hitting a headstand in the spotlight right on the stage where so many great artists have rocked it over the years was super cool! (At least for an old guy like moi!) 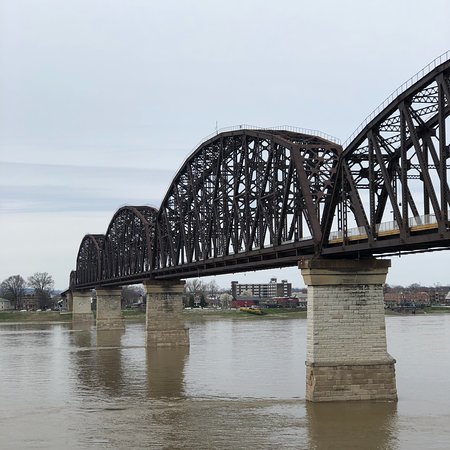 This bridge is now dedicated to pedestrian/bicycle traffic and connects Louisville KY and Jeffersonville IN. We found it our first night when we walked to the waterfront, and really enjoyed the venue it provided for exercise and tourism. The availability of rental bikes in Louisville is a real plus as well!