Top 10 Things to do in Hoek van Holland, The Netherlands

The Hook of Holland (Dutch: Hoek van Holland, pronounced [ˈɦuk fɑn ˈɦɔlɑnt] ( listen)) is a town in the southwestern corner of Holland (hence the name; hoek means "corner"), at the mouth of the New Waterway shipping canal into the North Sea. The town is administered by the municipality of Rotterdam as a district of that city. Its district covers an area of 16.7 km, of which 13.92 km is land. On 1 January 1999 it had an estimated population of 9,400.
Restaurants in Hoek van Holland 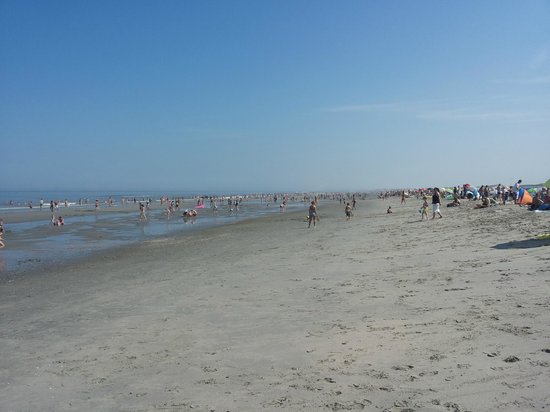 Huge beach of North Sea, a lot of people but it's still empty. Surrounded by dunes. Great view of the ships entering or leaving port 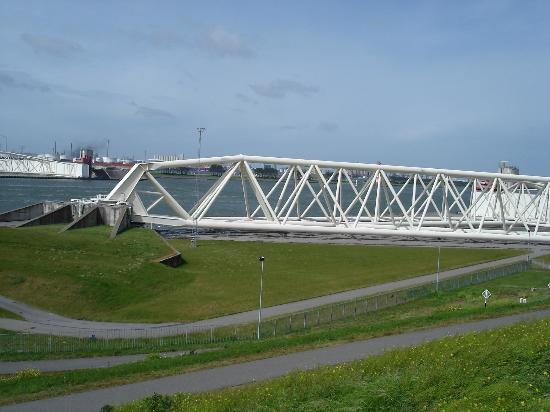 Reviewed By empathology - Rotterdam, The Netherlands

This small museum is an excellent place to learn about how the Dutch are the world masters at water defence. Located next to the Maeskering, these are huge gates that close the main Rotterdam shipping canal, the Nieuwe Waterweg (new waterway) whenever severe floods are expected. I'll be honest here and say that I live 5 Kms away and can see these gates from my apartment and in 5 years, they've not closed in anger, though were on red alert, ready to close once. They close them for testing once a year for a 12 hour tide cycle - usually a weekend in September (check the website). It's well worth seeing. The museum is well laid out with exhibits for kids to play with to explain how the Dutch keep the sea out. If you going to / from the ferry, take an extra hour or two and drop by. 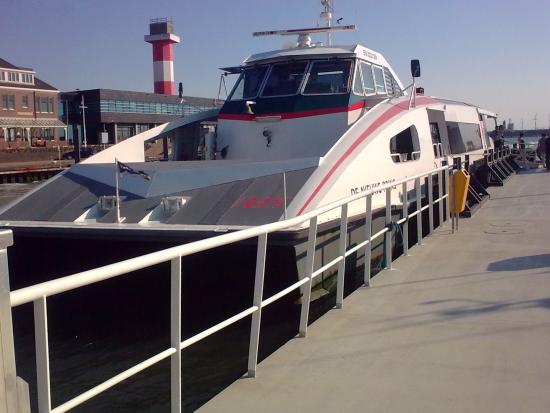 between Hoek van Holland and the Maas Plain

If you'd like a sense of the activity going on in the vast Europort nearby, you can get on a Fast Ferry and do a harbour tour. The ferry stops at a number of places (the other side of the river, the Europort itself…) to let foot-passengers and people with bicycles on and off, but if you just stay on the round trip takes about fifty minutes, costing (in May 2016) €5.60 a person - very good value indeed, especially considering how high prices often are in the Netherlands.
See the majestic 'Yang Ming' riding at anchor near the colossal 'Nave Neutrino' (reg Limassol), sleek yellow pilot-boats waiting at their moorings, dirty British coasters with salt-stained smoke-stacks, freighters, dredgers, cranes, container depots, fuel tanks on mud-flats…
Fast Ferries leave from a jetty near the ferry terminal. The tourist office (+31 174 519 570) should know the times. 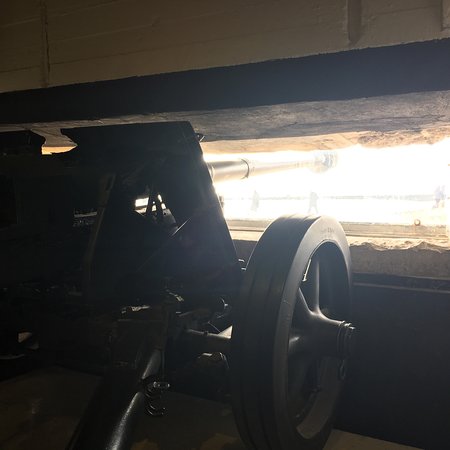 Absolutely fascinating. Not big, but full of interesting material - weapons, transport, bunker machinery, personal possessions of WWII German soldiers once stationed here… There's plenty to interest children, and a friendly guide to show people around and explain. It's a kilometre or so outside town, along the sea-shore. There's a holiday cafe-restauirant nearby.
For some people, it'll be worth coming to the Hook of Holland just for this museum.
It may be wise to ring and check opening times before you go - either the museum itself or the Hook of Holland tourist office (+31 174 519 570) 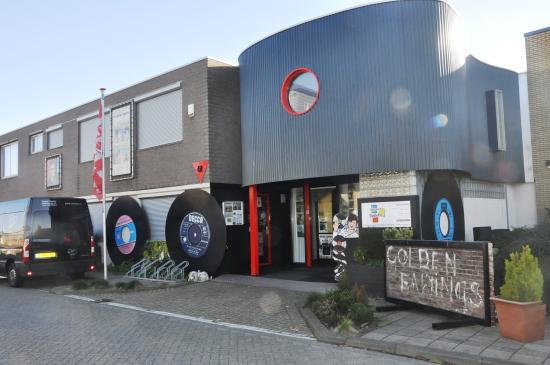 A Trip down memorylane in the Pop Music history 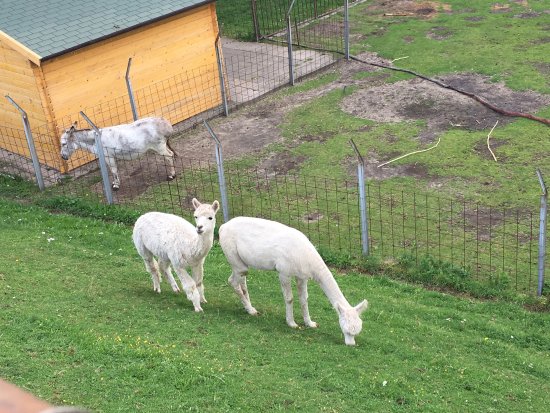 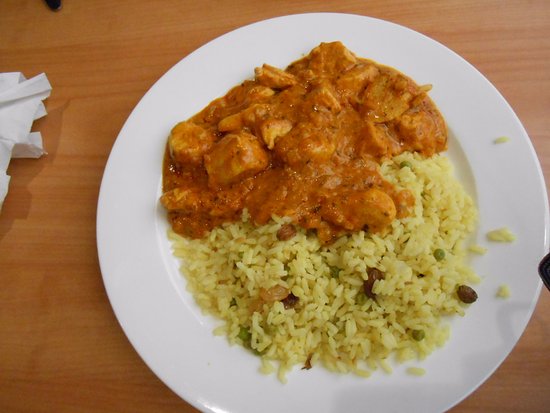 I spotted one review of "Santa Line", so, since we travel on Stenaline around Christmas time, I decided to add my own review here. Last December we travelled from Hoek van Holland in The Netherlands to Harwich in England. On the Stenaline Ferries, and in the Stenaline terminal building at that time, there are signs saying "Santa Line". There is a board with a picture of Santa where you can stand behind and put your head through the head hole, for a memorable photo of your trip. There are many Christmas trees in the terminal and some on board too. They sell chocolates and sweets in the shop which are in Christmas packaging, although the shop prices are high, compared to UK Supermarket prices. On board the ferry it is very nice, modern and comfortable. It is a great pity that there are no special Christmas meals in the "Taste Restaurant". Always the same old bland menu and at really expensive prices for what you actually get.Having said that, we usually eat there as we are always so hungry after the couple of hours we sit waiting in the car ferry queue. The other choice of restaurant has much nicer food, but it is out of our price range. The cabins are nice and comfortable, except for the old lumpy pillows filled with bits of foam. I wish they would upgrade those pillows. The cabins are quite expensive, as is the cost of the overnight crossing. I really do like travelling on this car ferry, but wish the prices were slightly cheaper. However, it is definitely our preferred way of travelling to England, and I woulod recommend it. 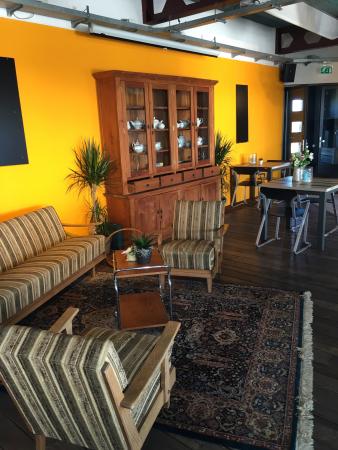 Reviewed By LetschertB - Gouda, The Netherlands 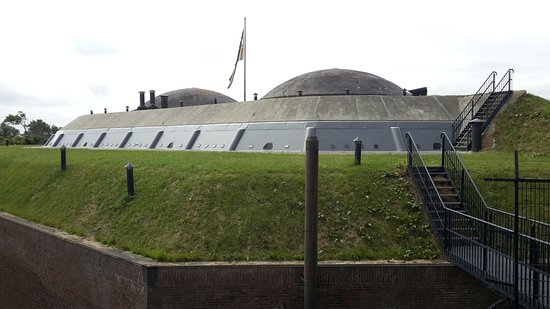 The Fortress is located in the former armour fortress of Hoek van Holland. At the time it was built at the New Waterway for the defence of the Rotterdam area. In the over 100 years old construction you can make a journey into the past and the many decorated rooms will give you a sense of life and work in the Fortress from 1889 to 1970. Soldier rooms (1890) and meetin

I had heard a lot about it but never visited it in the old situation. Was interested to see the exhibition about the digging out of the Waterweg. As previous reviews: just photo's in a modern setting nobody around, few exhibits about the waterweg, waste of money €6