Top 10 Things to do in Golden Valley, United States

Golden Valley is a city in Hennepin County, Minnesota, United States. It is a western suburb of Minneapolis and is the main corporate headquarters of General Mills and Pentair. Golden Valley is also the home of NBC affiliate KARE, the Perpich Center for Arts Education and Breck School. The population was 20,371 at the 2010 census.
Restaurants in Golden Valley Travel through 4,000 years of world history as you view more than 80,000 works of sculpture, photography, paintings, drawings and prints.

Rarely do you get a free museum with so much to see. Only noticed one exhibit which was not free. If I had to compare I would call it the Met of Minneapolis. Three floors of culture and you could easily spend three hours getting lost there. Highly recommend!! 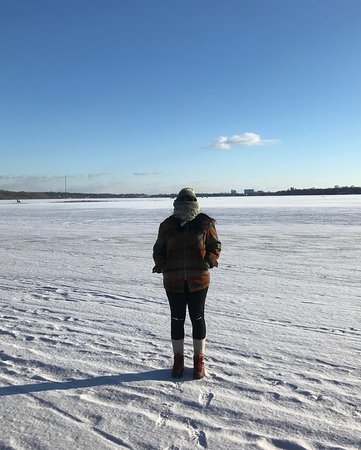 The entrance on Rockford Road is closed. Construction from Rockford Road to the Recreation Building including parking lot and playground.
The walking paths and lake access is still open.
Beware the goose droppings! Even after a 4" rainfall the walks along the lake were still covered in droppings. 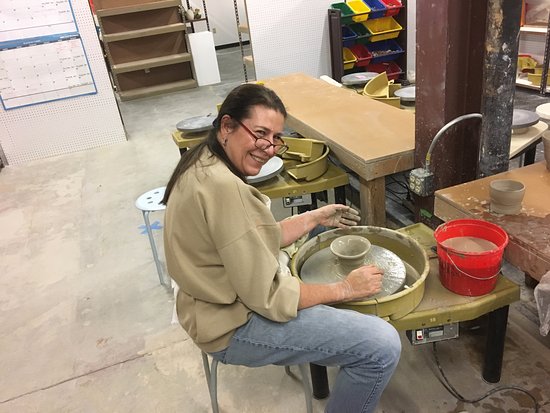 We were given a gift of a private pottery class for the two of us. We love trying new things and this was right up our alley. Ralph was our instructor. He’s both an excellent pottery artist and a terrific teacher. We’re actually quite surprised and delighted with how our projects turned out! 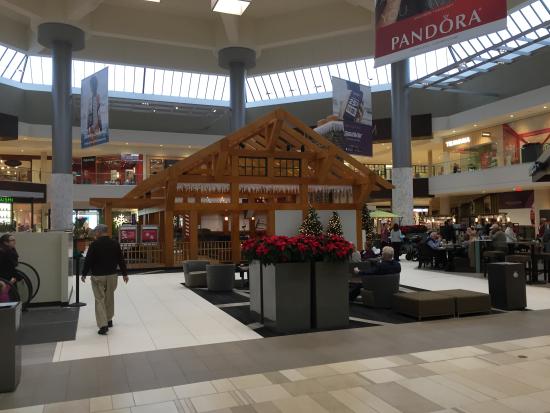 Ridgedale Mall was recently expanded and now features a much larger Nordstrom, Apple Store and many more. Great place to hang out with friends, grab a bite and shop. Very family friendly, play areas for toddlers and younger kids. Ample parking and good food and shop variety. Great place to visit in hot or cold days in Minnesota. 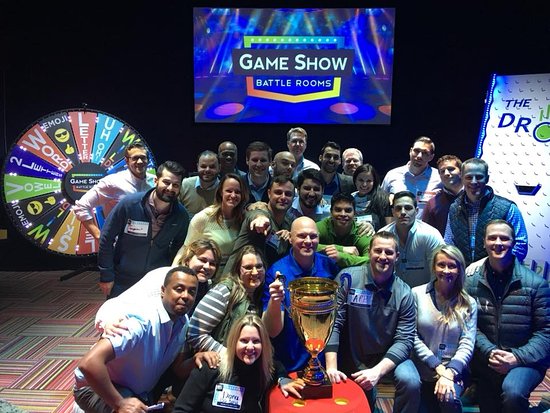 If you are looking for a one-of-a-kind experience you have to check out Game Show Battle Rooms. My personal favorite is "Friendly Fued," but "The Drop" was great as well.
It's perfect for families, friends & work events. I went with friends & had such a great time that I talked my supervisor into doing it for a work event. I'd highly recommend to anyone & worth every penny. Even though my team didn't win we all had a blast. A+ idea & the staff was friendly & funny. 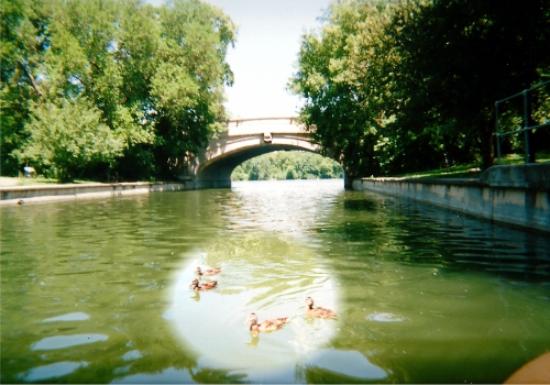 Whether ice skating or watching pond hockey and ice sailing in winter, or canoeing in spring, summer and fall, the Minneapolis chain of lakes offers great fun, exercise( walking, running or biking) around lovely lakes in gorgeous Neighborhoods overlooking the city scapes. Listen to free concerts at Lake Harriet bandshell. Participate in fun runs marathons and other events. There is always something to do all year long. Beaches for swimming, food vendors for refreshments, the chain of lakes has it all. A great escape from the hustle and bustle of the city, yet only a mile from it. 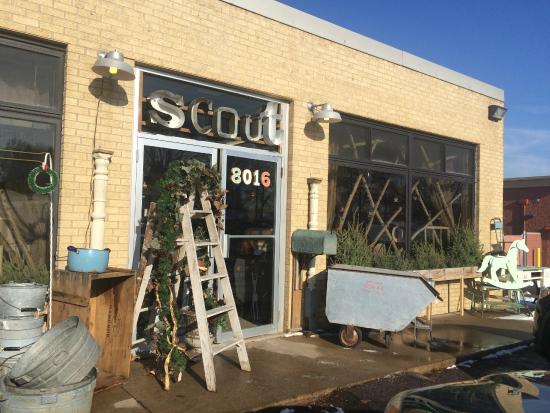 This little gem has been open in this suburb of Minneapolis for almost a year and it is one of the most charming places I have been to. Small but filled with lots of cool stuff, staffed by the most friendly people. They offer you coffee, tea or cocoa as soon as you walk in. Those of us of a "certain age" will recognize items (antiques) from our childhood. They have new items also, and they create works of art to sell as well. So much to see - they add/re-arrange frequently. What makes this place unique is that it is not just an antique store, it is also a "Made in Minnesota" art store. I love the energy they bring to what they do there!

8. Lake of the Isles 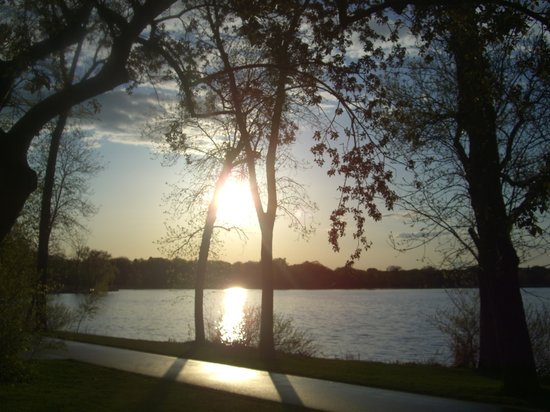 Lake is the Isles is by far my favorite lake to walk around in Minneapolis. The atmosphere of this lake is quite different than others; it is relaxing, peaceful, calming, and quiet. Love this lake! 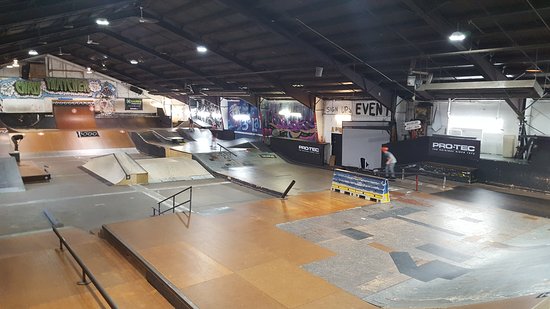 Cool skate park for the kids to have some innocent fun at. Looks like plenty to do for all ages and experience levels. Lots of ramps and jumps! A big bowl to skate even! Price are right..... Would highly reccomend this to anyone living in the area or even visiting Minneapolis that has kids who skate. 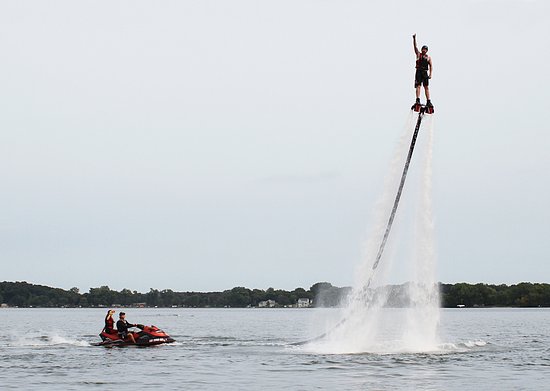 The hottest new extreme water-sport in the world that is customizable to be as exciting or as tame as you want! The Flyboard allows you to fly like Iron Man experiencing the exhilaration of flight. Riding the Flyboard is an experience like none other! Come join us for an unforgettable flight experience!

My boyfriend and I went up for an hour lesson and it was amazing. Joe (the coach) and Julie were wonderful hosts and made the experience so much more enjoyable! They were very accommodating to different skills and height comfortability levels which made for a perfect Christmas gift for others in my family as well. Definitely check it out! Also don't worry about going through Groupon, just go to him directly and he will give you a better deal than they will!