Top 10 Things to do in Gdynia, Poland

A small fishing village until the 20th century, Gdynia was rapidly built into Poland’s largest and busiest sea port after World War I. As a result, it’s mainly a very modern city. The most significant older attraction is the 13th-century St. Michael the Archangel Church. Two museum ships in the harbor, a destroyer and a frigate, are also popular with visitors. Gdynia has a thriving cultural life and in September hosts the annual Polish Film Festival, sometimes called the “Polish Cannes.”
Restaurants in Gdynia Pier in Gdynia Orłowie is about 180 m long and now is a pier Promenade. The first pier was established here in 1924 and was 115 m Five years later it was rebuilt and extended to 430 m so that it could also serve as a haven for coastal shipping vessels. The construction materials used in the exploded at that time a wooden pier in Gdynia. After World War II the pier was destroyed in a storm, and reduced it to its present length, ie 180 meters from the pier on the right we see the most advanced part of Holmes

Orlowo Pier is smaller than the pier in Sopot, but still lovely place to visit (and also less crowded of tourists, and no entrance fee!). I highly recommend walking from Orlowo back to centrum Gdynia following the beach. It's approx. 6km walk.
You'll also find interesting abandoned hotel next to the pier. If you are interested in bit of urbex, you might want to check out that as well! 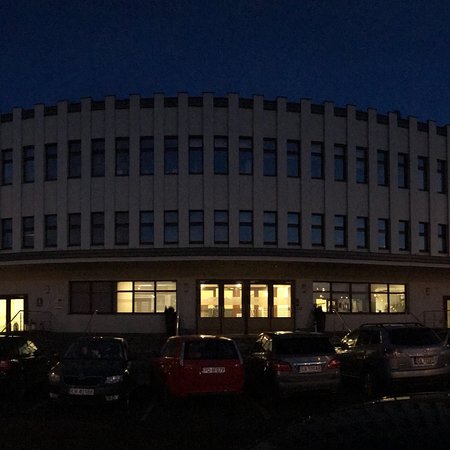 The Mission of the Emigration Museum in Poland is to recount the fates of millions of both anonymous and famous people - whose names emerge in the context of great achievementsin science, sports, business, and the arts. It is the ambition of this institution to make them known to Poles at home, but it is also to encourage our compatriots living at home and abroad to get to know each other. Through educational and cultural projects, the museum hopes to become a place of encounter and discussion. We feel we fulfill a particular duty in achieving this end at the best possible address - Polska Street No. 1.

We were really pleasantly surprised with our visit to the Emigration Museum. The museum is in building of former station at the harbour in Gdynia from which in old times people were boarding the passenger liner going to America. The exhibition is beautifully presented and it is definitely worth the visit for all, maybe younger kids might get a bit bored. It tells the history of emigration of Poles in all times to all possible continents. There is also very nice coffee place and greatly positioned restaurant with a view of the harbour. Downstairs there is a shop with lots of nice souvenirs. 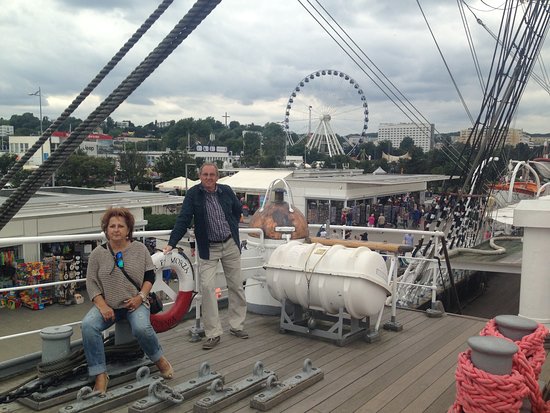 There might not be much to see in Gdynia, but this square is quite nice, if you have to spend some time, waiting for your ferry.There is a museum to visit, and the aquarium. Also, there are some nice coffeeshops nearby. 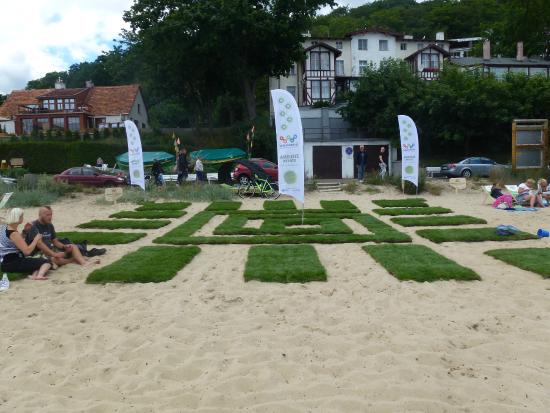 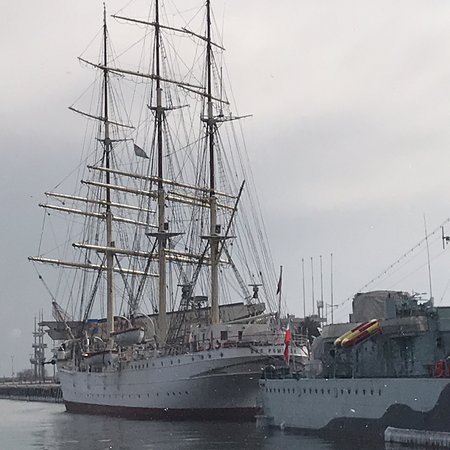 the tour we took was very informative and our guide spoke clearly and with a very good command of English language. As it was a very cold ''Baltic' weather day we didn't linger too long on the top deck outside discussions but there are notices in both Polish and English to explain all of th main points. moored on the Gdynia waterfront alongside the naval ship museum and other historic sailing craft, this is an interesting excursion in a very pleasant harbourside setting with many cafes and a couple of bars nearby to take refreshments 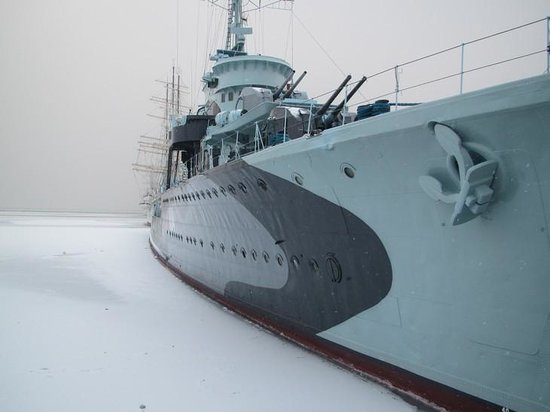 ORP Blyskawica actually saw active service in the second world war including Dunkirk, and Battle of Ushant (Brittany).
The ship is very well preserved and interesting to be able to walk around. Unfortunately not all of the signs have translations so in some places it difficult to know exactly what our looking at. Which is a shame because it has such an interesting history, and has connections to the UK and Canada.
It was interesting to see the modifications made to the original British design by the soviets. 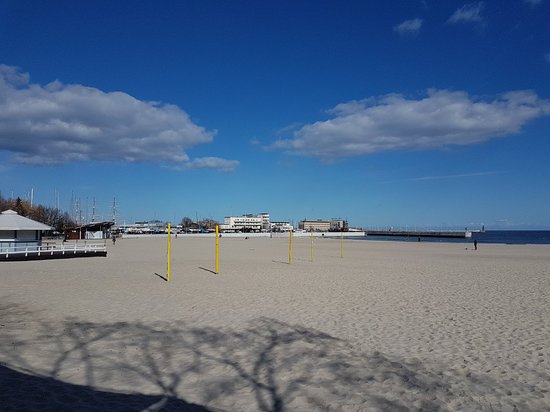 We spent a week in Gdynia spending time on beach everyday. This is a city beach, so it is busy, there are restaurant, cafes, bars at the waterfront. 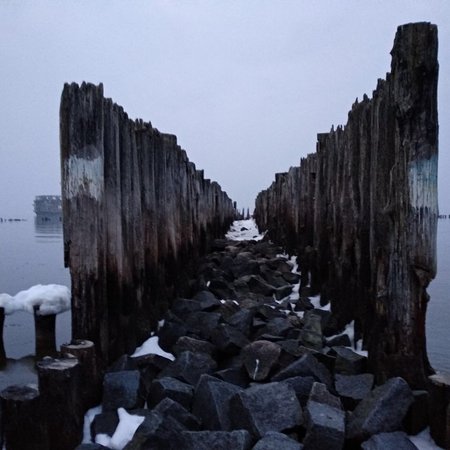 A very unique historical secret, a torpedo launcher 100m out at sea.Great to see and be very surprised.

Torpedo Station at the port Oksywie war. Clearly visible from the water. Particularly interesting view from the deck of the ferry line Karlskrona - Gdynia. 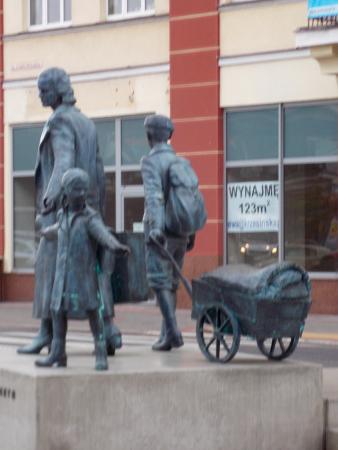 Leaving Gdynia ourselves, we couldn't resist a last glance at the amazing memorial of deported families, most of whom were travelling to their deaths. 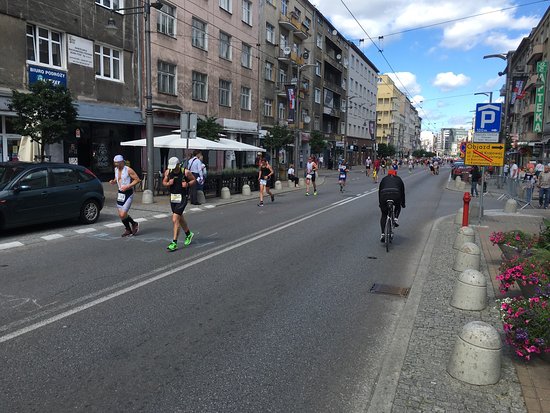 This is the main street of the town of Gdynia with a two way lane, lots of shops with clothes, cosmetics like rossmann, hebe then we have Lidl the shopping supermarket, fresh fruits and vegetables are sold on the side of the street by elderly farmers very fresh and appetising, electric accesories stores bulbs and so on then we have watch stores, decoration, painting accessorie shops a few banks and atm machines, then theres is antique shops and perpendicular to the 10 lutego street on the corner there is a nice breakfast place and info gdynia where you can get all touristic information, events and so on, next to that you can see the different place of upgrading in gdynia via a scope and a virtual map and there is a small garden area for public where you can use the lazy chairs and just hang out in the sun if one is up to it. They tend to have the ironman triathlone passing through the street every year as well and not far away from there you can visit the marina, the boulevard, the beach and the port.