Top 10 Things to do in Commerce, United States

Commerce is a city located in southeast Los Angeles County, California, United States. The population was 12,823 at the 2010 census, up from 12,568 at the 2000 census. It is bordered by Vernon on the west, Los Angeles on the northwest, East Los Angeles on the north, Montebello on the east, Downey and Bell Gardens on the south, and Maywood on the southwest. The Los Angeles River forms part of its southwestern boundary, and the Rio Hondo separates it from Downey. Commerce is served by the Long Beach and Santa Ana freeways, as well as the Metrolink commuter rail service at the Commerce station. It is usually referred to as the "City of Commerce" to distinguish it from the common noun.
Restaurants in Commerce 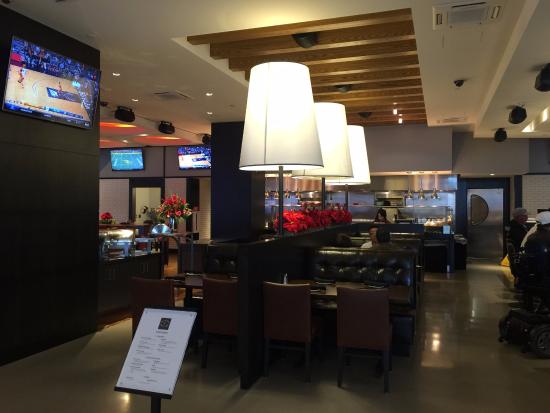 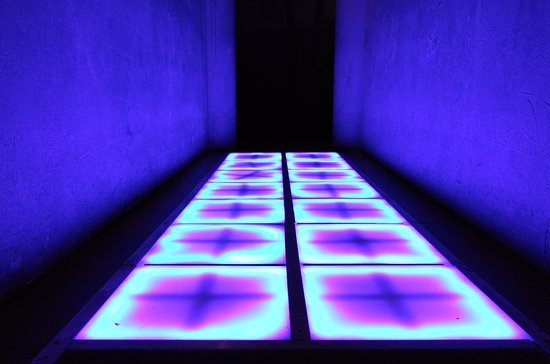 Exit Game is THE premiere escape room experience in Southern California. It's a group activity, an amusement park, a themed experience. Your group has 1 hour to escape a series of rooms by decoding hints and solving puzzles. Teamwork is a must!

I've only been to one other slightly obscure escape room game in Singapore so I don't have much to compare it to but from what I can tell this place is fantastic. We were very impressed by the technology and how we interacted with it to solve puzzles (we tried the AI room). We also liked the backstory and how the AI computer 'Ada' talks to you during the puzzle. We do highly recommend going in a group larger than two...me and my hubby went and didn't have quite enough time (understandable considering the rooms are designed for groups of 6-8). Anyway long story short it was very enjoyable and we plan to come again! 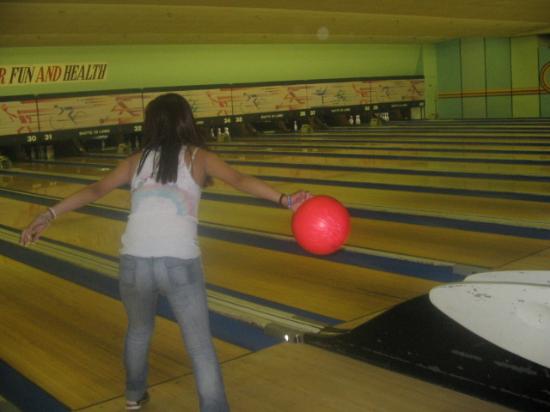 The Gage Bowl has been a community bowling icon for like forever and continues to attract newer generations as they come along. Traditional and nostalgic old Americana in an area which is now predominantly Hispanic. Fun to roll a few. ... 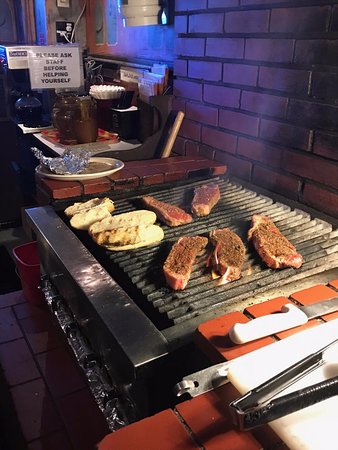 I enjoyed myself. I can never get my steaks like I want them, so when you cook it yourself, it's just right. Lots of marinade. Salad, baked potatoes, bread, really tender steaks, good sized. A dive, yes, but a very pleasant older established dive. Went there for my retirement party. Staff, especially our server was a lovely young woman who brought everything quickly. Go for lunch and it's a few dollars off $15. Want great steaks and no nonsense? Go to the Venice room. There is also a bar. All was clean and neat. 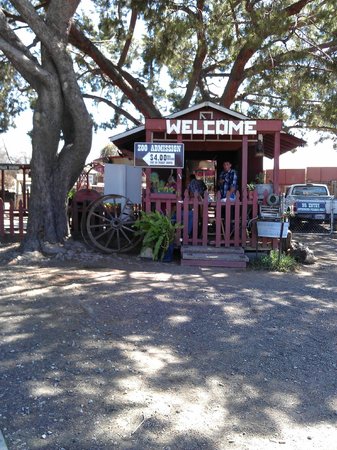 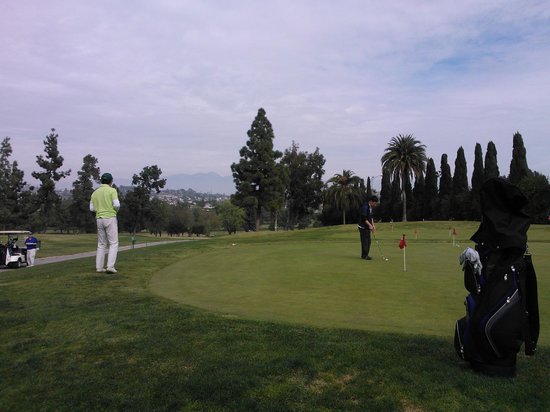 I love this golf course!
There that's my review.............ahhh but you want more, ok let's see what we can say about this course and why you should do whatever you can to play it.

1. Designed by a famous golf course designer Stanley Thompson. (course was opened in 1931) who created a classic beauty a wonderfully picturesque design carved out of an area of natural beauty.
2. Great club house, with dining and shower facilities, simply top notched with dining facilities and pro shop and staff.
3. Excellent value for the money, green fee includes a cart which you definitely need for the up and down terrain.
4. Each hole is different, and tree lined by mature trees. Because of the mature trees you cannot see any hole but the one you are playing. Montebello is not a long course but very challenging, small undulating greens add to the challenge.
5. Course is not crowded, pace of play is good, 4 to 4 1/2 hours is normal.
6. Course condition is excellent, well kept and well manicured.
7. Montebello golf is just so very very picturesque and scenic and classic, it's like stepping back in time, a total joy. There are some stunning views from the tees, this course looks so good, you'll forget your score!
8. Electric powered golf carts, clean and quiet.
9. Great customer service by pro shop and staff out on the course, classy and friendly.
10. It's in Quebec, so you feel like you are on adventure to a unique destination just when you drive here. Montebello is a beautiful course, in gorgeous surroundings and is just such a totally classic joy to play! In the fall, with the leaves changing it is even more beautiful!

So far this year I've played here 6 times and each time it is a joy, I just get tired of it.
If you are in the Ottawa area, it is definitely worth the 1 hour drive to get here. Excellent value for the money! Chances are you'll see me there when you go, so please hi, or fore? See you at the 19th hole!! 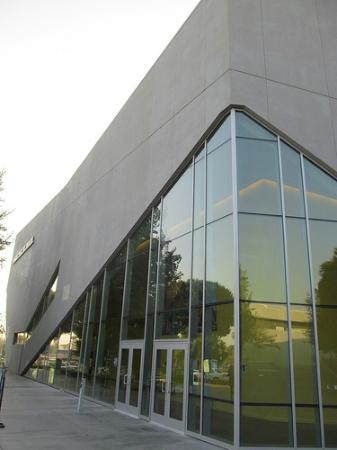 First visit to E LA College and the Vincent Price Art Museum was great. The new campus is beautiful, and the museum was well beyond expectations. Enjoyed the Ramirez special exhibition. Free parking on weekends in the adjacent garage, and lots of restaurants around.

Space Shuttle Endeavour on display in the California Science Center's Samuel Oschin Pavilion. Please reserve your passes online or by phone. Explore over 100 permanent interactive science exhibits spanning several galleries. Admission to permanent exhibit galleries is Free! (excludes IMAX and special paid exhibits) Visit Ecosystems -- a hands-on exhibit home to nearly 400 plant and animal species. Come discover amazing environments from the familiar to the fantastic, and find out how the physical and living worlds affect each other.

Reviewed By Heather B - Waterford, Michigan

What a great day for families. Seeing the space shuttle was an amazing experience and we would make a second trip next time we’re in town. 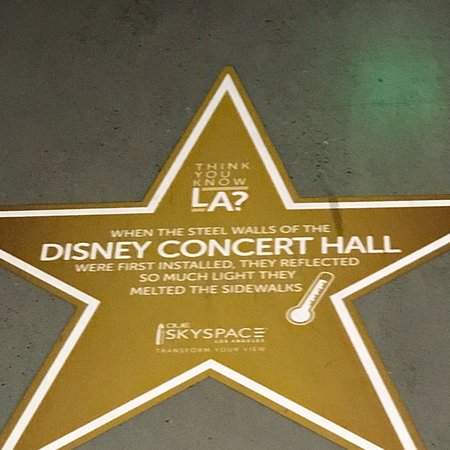 Home of the Los Angeles Philharmonic, this concert hall is designed to be one of the most acoustically sophisticated in the world.

Much has been written about the seismic shift of Arts and Architecture from Chicago and New York to the Left Coast. No greater evidence of this is the transformation of Grand Avenue with its cultural monuments of the Broad, MOCA, and Grand Park, all anchored by Frank Gehry's shiny concert hall. From the outside, whimsical, lighter-than-air pieces impossibly fit together, leaving the observer wondering how can this place house a world class orchestra venue. Once inside the auditorium, the look softens and mellows dramatically; the metallic exterior gives way to red-hued wood adornments. The acoustics are warm and precise, just about what you would want for a hall this size. The East Coast rightly has reason to be jealous. The Broad is a new contemporary art museum founded by philanthropists Eli and Edythe Broad on Grand Avenue in downtown Los Angeles. The museum is designed by Diller Scofidio + Renfro and offers free general admission. The museum is home to the 2,000 works of art in the Broad collection, which is among the most prominent holdings of postwar and contemporary art worldwide. With its innovative "veil-and-vault" concept, the 120,000-square-foot, $140-million building features two floors of gallery space to showcase The Broad's comprehensive collection and is the headquarters of The Broad Art Foundation's worldwide lending library. -- General admission to The Broad is free. Advance online reservations are available at the museum website and are highly encouraged in this busy period after the museum's opening. For visitors who want to ensure a specific date and time for their visit, and avoid wait times during busy periods, The Broad provides advance reservation of timed tickets online at no charge. Tickets have entry times beginning every half hour. Please note that advance online tickets often book up two to three months in advance. Advance tickets are not required. An onsite ticketing line is available at the museum every day except Mondays, when the museum is closed. Admission for the onsite ticketing line is first come, first served, based on availability. The wait time in the onsite ticketing line is 30 to 45 minutes on an average weekday, and 60 to 90 minutes on an average weekend. On holiday weekends, wait time in the onsite ticketing line can be up to two or three hours. The onsite ticketing line closes 90 minutes before the museum closes.

Visiting The Broad was one of the highlights of my recent LA trip. The four hours there were really well spent. It is a contemporary art museum founded by philanthropists Eli and Edythe Broad. What a gift to LA,not to speak to the countless visitors who get to see an amazing eclectic art collection free of cost! I reached early, around 1015 ( the museum opens at 11), to find a long line of visitors waiting in queue as standbys. I didn't mind at all---- while I stood in queue I took in the sunshine and read a wonderful informative brochure that the visitor associates distributed. Apart from the familiar iconic pieces like Warhol's Campbell Soup can paintings, there were some phenomenal treats like the huge mural by Takashi Murakami. I got to see Jeff Koon's Balloon Dog and Tulips which were delightful. Since it is a personal collection, it may not be completely inclusive of what is considered contemporary, but clearly this was a spectacular collection in its own right. The building which houses it is an architectural marvel too. All in all, a must see.