Top 10 Things to do in Braga, Portugal

Sometimes called the “Portuguese Rome” for its many churches, Braga is an ancient town in northwest Portugal. Its history and livelihood are tied to Christianity dating to the 3rd century. The city’s 12th-century Sé (Cathedral) is still one of the most popular attractions. Just outside of town lies the renowned Bom Jesus de Monte pilgrimage sanctuary, with its striking Baroque stairway. After dark, the stoic town turns upside down, with a rich nightlife thanks to its many university students.
Restaurants in Braga 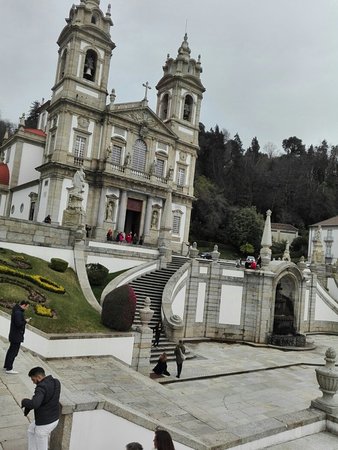 We took the funicular up, which was fun (tip: stand outside the cabin at the front) but the church itself was nothing special. View is far but mostly of the modern part of Braga with high-rises, so disappointing. Still, the view upwards of the staircases is impressive.

2. Santuario do Bom Jesus do Monte 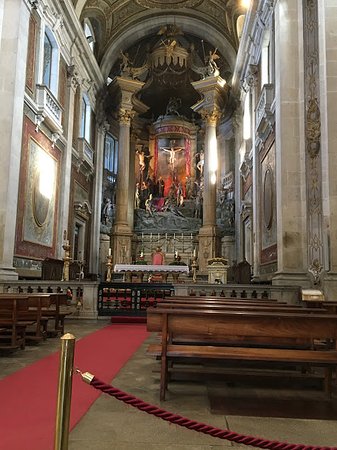 Santuario do Bom Jesus do Monte is a beautiful complex with marvelous parks, the church, restaurants and hotel. One way to see it is to take the funicular till the sanctuary and then go down by the 600 steps stair which is also marvelous. 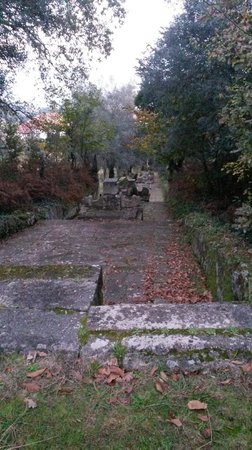 A very large, recently restored complex that offers endless opportunities for knowledge. From those related to the history of monasteries in Portugal, from their fortunes to the misfortunes; to the constructive ones of a very complex complex, with parts dating to different ages and very different technologies; to the artistic products, produced in centuries. Then there is the chapter of the restoration works, recently concluded, with some very interesting ideas. In short, a visit that is worth doing. Beyond the organized tours, it is worth walking a bit around the inhabited rooms and watching walls, ceilings, floors: from the anti-seismic pombaline walls, to the cloaked ceilings ... At least, a pair of hours!

4. Sanctuary of Our Lady of Sameiro 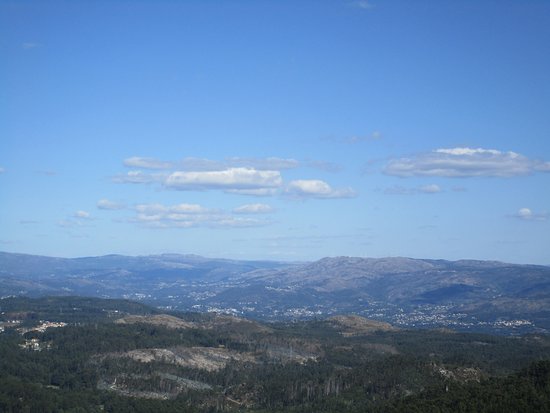 There is a small entrance fee to visit the Cathedral (2 Euros) but you really need to visit the choir area and the chapels as well which is only 2 Euros more. For one Euro more you can also visit the museum. The main part of the Cathedral seemed quite dark and less ornate than I expected apart from the choir area around the organ. We were taken up there as part of a guided visit to the chapels (for the extra 2 Euros). The young lady who took us was apparently undertaking an internship as part of her Tourism qualification - she certainly knew her stuff and was very informative. I really enjoyed visiting the organ/choir area - the woodwork stalls and walls were amazing - and the three separate chapels were also interesting. The Cathedral itself is quite an imposing building which I thought looked best at night when lit up. It's certainly worth staying at least one night in Braga if possible - we thought it was a lovely city. The pictures we took at night make the Cathedral look much more striking than those we took during the day.

5. The Garden of Santa Barbara 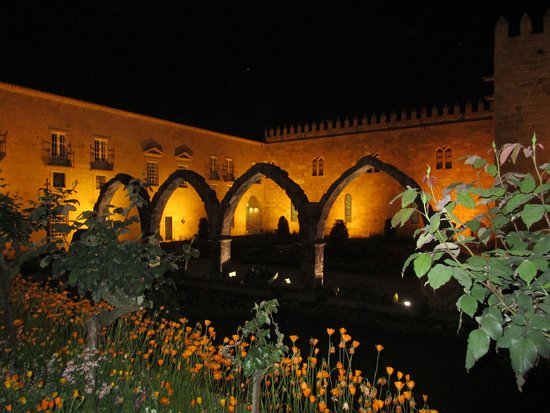 A small but great garden in the city center just behind the Biblioteca Pública de Braga. What a lovely island in the bustling city. Great place to take a nice pics and relax.

6. Elevador do Bom Jesus do Monte 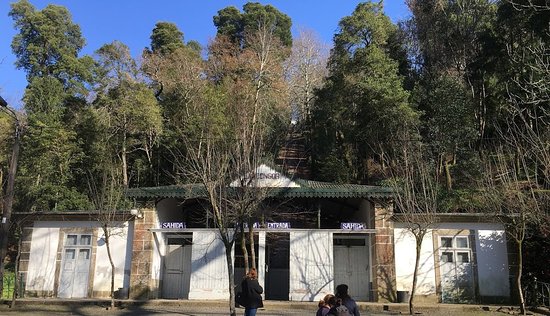 Elevador do Bom Jesus do Monte is the best option to avoid the 600 steps needed to climb to the sanctuary. One way to use it is to take the funicular till the sanctuary and then go down by the 600 steps stair which is also marvelous. Overall Bom Jesus is a beautiful complex with marvelous parks, the church, restaurants and hotel. 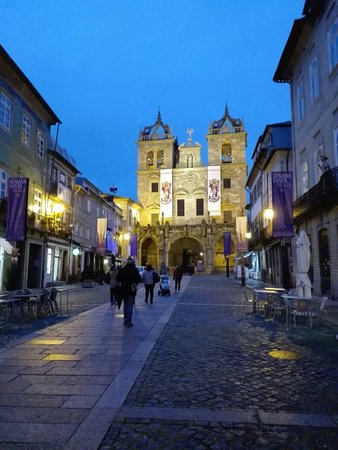 We were on a walking tour of the town and went past the shops to the Cathedral. Inside it was quite dark but the gold colour of the organ was impressive. Small charge to enter. Toilets were inside too. 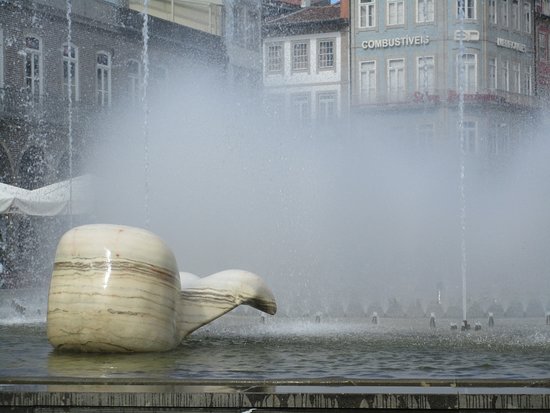 We fell in love with Braga after not being impressed with Porto. The main square was hopping on Friday night. We had a nice dinner next to the Fountain and came back the next morning to explore even further. There are a set of flower beds off the plaza that are stunning. 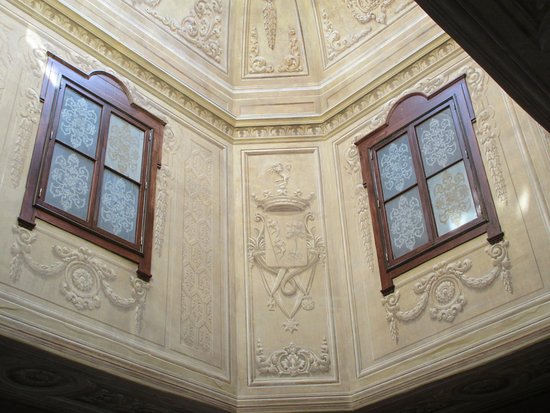 It began as a Palace but now houses a hospital and is being fully restored to it's former glory. It is well worth a visit and there is a museum open to the public (free) with historic medical implements on show and a full history of how the palace opened a medical centre and then finally became a hospital still operating today. 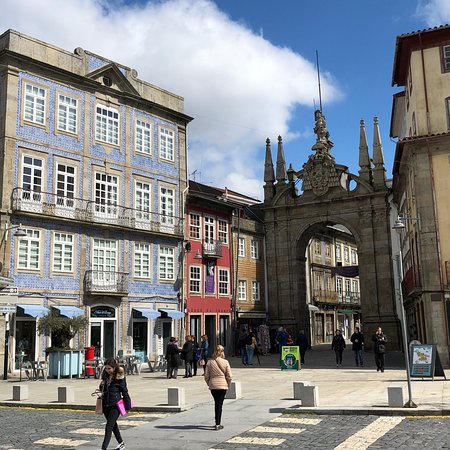 The main shopping route through the centre of Braga for pedestrians to sample the city's delights. Plenty of shops, stunning architecture and character plus alleys and walkways that lead off to monuments close by. My tip? If arriving by train or coach you will be close to the city gates at one end of this street where it is signed Rua D. Diogo - walk along it (it becomes Rua Do Souto) until you reach the impressive Largo Barao S. Martinho at the head of Avenida da Liberdade. The Tourist information office is here - extremely plain to see, just look up and the ''Turista'' sign is very evident. Helpful and well stocked, furnish yourself with the required map etc and the city is yours. Rua do Souto will be there waiting for you when you've finished exploring and shopping is a requisite!