Top Things to do in Aizuwakamatsu

Top 10 Things to do in Aizuwakamatsu, Japan

Aizuwakamatsu (会津若松市, Aizuwakamatsu-shi) is a city in Fukushima Prefecture, Japan. As of September 2014, the city had an estimated population of 122,715, and a population density of 321 persons per km². The total area is 383.03 km².
Restaurants in Aizuwakamatsu 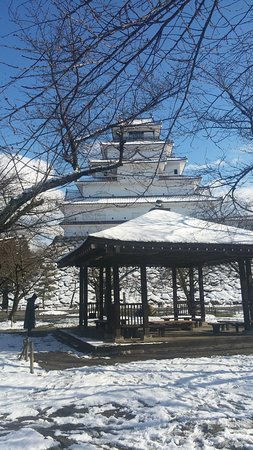 Very good example of a reconstructed castle from the Japanese fuedal period. Lots of history and lovely surroundings and don't miss the tea ceremony area for a refreshing cup and a sweet. You need a car or bus tour to get there but if you can and like this type of thing you won't be disappointed. 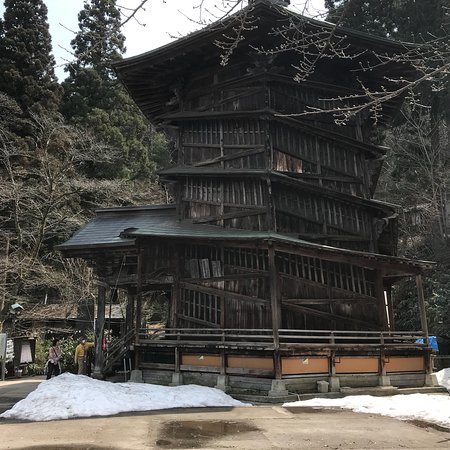 さざえ堂の二重らせん塔！
Double Helix Pagoda! This twisted pagoda was built in 1796. Through the entrance one ramp ascends spiraling to the top of the16m pagoda where a 'bridge,' Taikobashi, crosses over to another descending ramp which twists down and out the back of the pagoda. This structure is unique in Japan and the world. Like most Japanese pagodas of size, it is constructed entirely from wood. Ascending this sacred helter-skelter is like something from a dream. 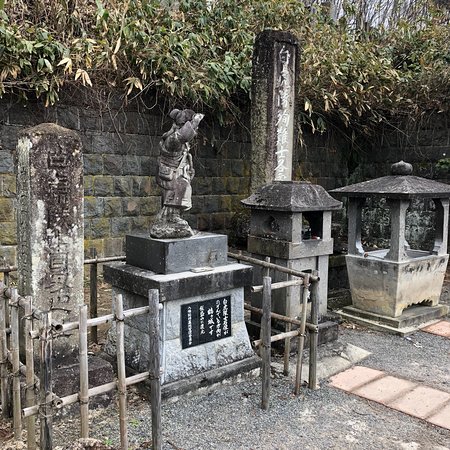 The graves of the Byakkotai (White Tiger Corps) boy soldiers, aged 14 - 16, are on Limoriyama. Returning from battle in the Boshin Civil War, the boys were on the mountain and saw in the distance, Tsuruga Castle in flames. They thought that their castle had been taken so commited ritual suicide on the mountain. The tradgedy is that the castle had not been taken.
Also on Limoriyama is Sazaedo Pagoda which is a facinating piece of ancient design and enginering. Inside you will find lots of writing which may be prayers, plus ancient grafitti. It was there when I first came about 25 years ago. The pagoda has character but please don't add to it. 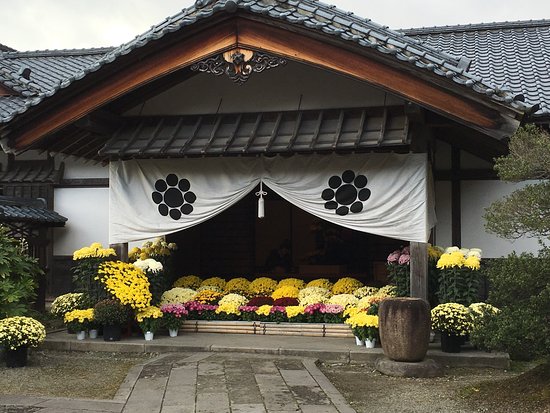 The Aizu Bukeyakishi was basically a folk village with samurai residence buildings, the place was efficiently laid out with the suggested tour route clearly labeled which allowed a good look at every corner of the complex. The explanations were well posted also. The 850 yen admission was a bit steep considering the relatively short amount of time needed to see the site. 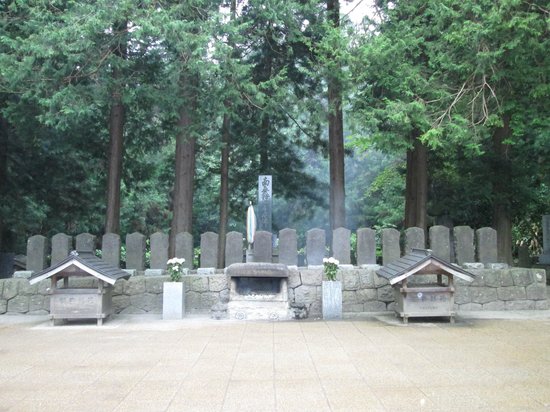 The Byakkotai, or White Tiger Force, were a contingent of teenage boys who fought in the Boshin War on the side of the Loyalists. During the Battle of Tonoguchihara in which Tsuruga Castle was being besieged, a group of 20 Byakkotai soldiers became cut off from the main force and retreating to Mt. Imori they saw Tsurugajō enshrouded in smoke and mistakenly concluded that the enemy must’ve taken the castle. As a result they all committed seppuku. The sole survivor was Iinuma Sadakichi, aged 16, who failed to inflict fatal wounds on himself and was rescued by a local peasant. Iinuma went on to serve the Emperor in the Imperial Army and have the best moustache in Sendai (his picture shown in album).
Opposite the 19 graves is a monument in the shape of an eagle perched on a column donated to Japan in 1928 by the government of Italy. The base stone is actually a block of marble once used in a Roman palace in the city of Pompeii, destroyed when Mt. Vesuvius erupted. The monument is treasured as a gift from the citizens of Rome to Japan.
It is inscribed as follows: ANNO MCMXXVIII・VI・ERA・FASCISTA
(Year 1928, Year 6 of the Fascist Era)
I’m glad Japan is taking good care of European historical artefacts. 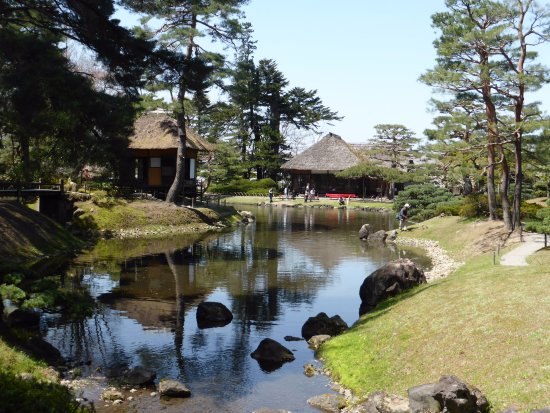 Oyakuen garden is a quiet and delightful corner of this widespread castle town. It is a must for anyone who loves Gardens in general, and Japanese Gardens in particular. It was originally a medicinal herb garden, and is still a lovely example of a historic botanical garden, the small plots of Japanese herbs and edible plants linked by winding paths to a pretty little wooded lake (the red pines especially beautiful), with a small teahouse reached by a bridge. A sign in Japanese says that marks on the wooden pillars of the tea-house were made by swords during the fierce fighting of the civil war (Boshin War) of 1868. There is a delightful spot at the end of the lake where you can have green tea on the lawn under a lacquer umbrella, and feed the carp and ducks, or in a pleasant tatami room looking over the lake. A small shop sells products of the garden and local area, with an emphasis on herbal teas. 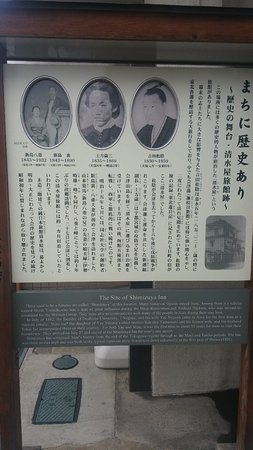 A street of charming historical buildings from many eras. Many interesting shops and restaurants. Experience Japan as it was pre-war. 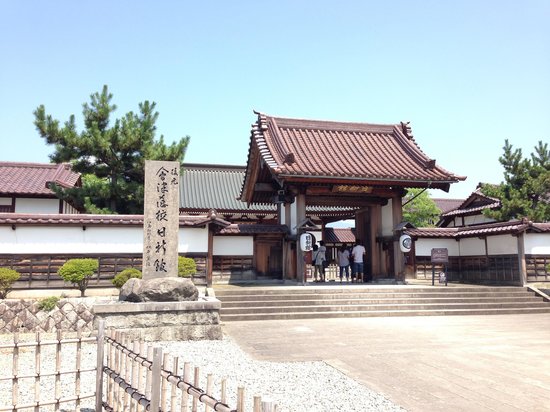 Once upon a time there was a Samuray School. Since it was in Aizu, and Aizu samurays got into a conflict with the emperor (or, rather, his representatives) there was a (Bonshin) war. During the war the samuray school -- that was next to the castle -- was totally demolished.
Later it was rebuild in another place -- very meticulously (I am told) rebuild. Now you can visit it and learn some cool facts about the samuray education in early 1800's. Definitely worthy visiting -- even if some figures / recreations are somewhat "cheesy". The fact that samurays learned ASTRONOMY is mind blowing -- IMHO. I actually was more found from local traintrip from Aizuwakamatsu to Tokyo, the town of Aizuwakamatsu hase more to offer than this museum
the museum it self is very good and interesting but it is a bit to cloudy for us, but if you are in Aizuwakamatsu it is very interesting to go to visit to have some history 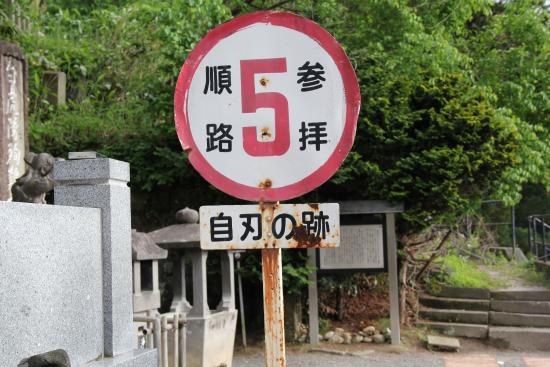