Winchester Bay is an unincorporated community in Douglas County, Oregon, United States. For statistical purposes, the United States Census Bureau has defined Winchester Bay as a census-designated place (CDP). The census definition of the area may not precisely correspond to local understanding of the area with the same name. The population of the CDP was 382 at the 2010 census. The community of Umpqua City was established in 1850.
Things to do in Winchester Bay 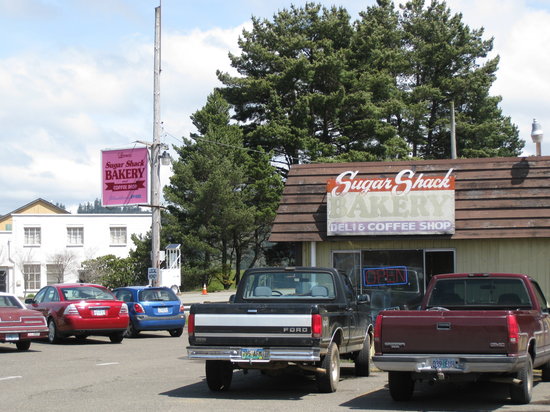 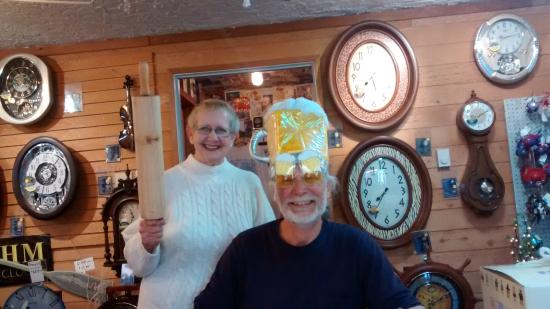 This place serves homemade pies, some cake, ice cream, hamburgers, hot dogs, soft drinks. The food counter can be accessed either through a walk-up window outside where there is a deck with tables, or you can go inside and eat at lace-covered tables if it&apos;s raining. The stores sells all kinds of Christmas ornaments, clocks, snow globes, and other Christmas stuff and is decorated with Christmas decor.

It was such a pleasure to visit Kitty's for a bite of lunch and some wonderful desserts. Kitty is just a joy.
The pulled pork sandwich and the meatloaf sandwich were both extremely tasty and very moist. However, not to be outdone, the carrot cake is to die for! It was super moist and generously filled with all of the goodies you would expect from homemade carrot cake. You can also get a carrot cake cupcake made with the same batter. Wonderful way to watch calories!
We also found some wonderful treasures in the gift store part of Kitty's. We will definitely be back again. 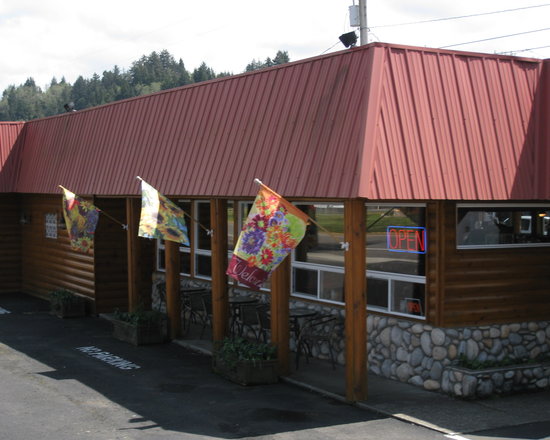 Stopped in for lunch right off Coastal highway 101. Limited wine list but offered local Defeat River beers. Wanted a fresh fish sandwich (most fresh fish seems for dinner) but server offered to make exception. Had grouper sandwich which was perfect. Onion rings were beer battered and perfect. Harbor Light fish platter and combos were also great. Place was very busy which may have delayed food but the wait was worth it. Helpful and pleasant server. Desserts looked interesting. Also took a quart of clam chowder to go. $$ 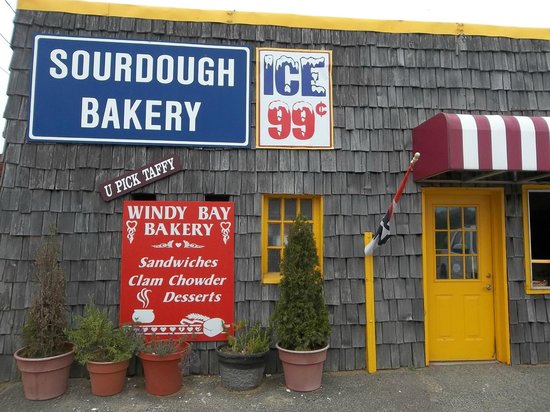 Went for lunch - we tried the BBQ sandwich and Turkey sandwich. Bread is fresh but sandwiches OK - sorry, not as good as I heard. We ordered a loaf of the Japapeno loaf and loved it. 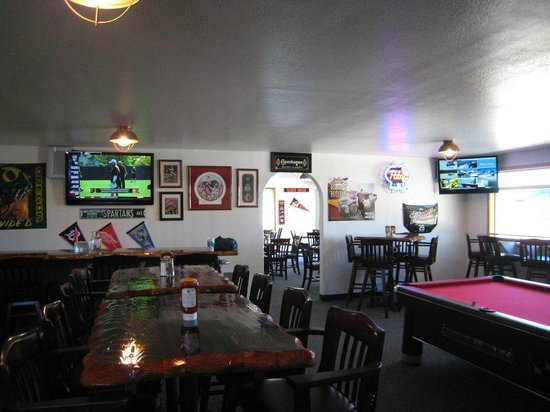 Double D on the Rocks is located across from A&B Dock in Winchester Bay. We are at the North end of Beach Blvd. Near the US Coast Guard Station. We have a casual family friendly restaurant and a separate sports bar with the Oregon Lottery. We have full bar and daily food specials. All of our beef is grass & grain fed with no hormones! Specializing in comfort food including the "Umpqua Triangle Oysters" (The best oysters in the west!) Don&apos;t miss out on this coastal experience! Hope to see you soon.

Kat or Cat is so welcoming. We were served quickly and enjoyed wine and beer, only complaint was, though fresh the fish in fish n chips very soft in texture. Cod I think. If halibut is available get that. So my score is for the...MoreWe now have halibut fish and chips please come on back in and try it thank you 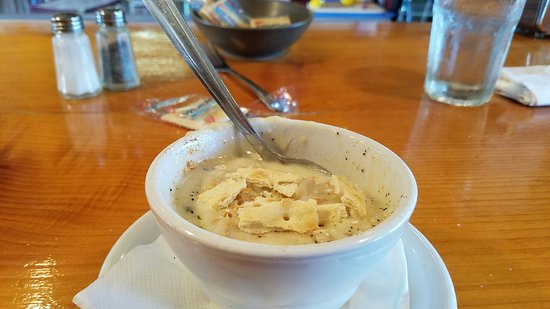 What a find! Small, quaint little harbor cafe with a waitress who knows how to please and how to please a crowd. She was having a bit of a problem pleasing the chef, however, who I can not believe could own this place. When we walked in, there were several tables empty, but he was quick to tell us there was going to be a long wait! When we looked perplexed at empty tables and no line, he replied that 2 of the parties seated had not even had their orders taken yet. There was only the one waitress who was more efficient than most 3 waitresses that I have ever seen. We decided to sit and at least look at the menu. After a very brief time, the waitress very cheerfully took our order, and was seemingly keeping the other customers happy. The chef snarled thru the little window and did do a fine job with his preparing menu items. We were promptly served drinks, the clam chowders and then crab cakes with mixed vegetables and brown rice pilaf with garlic bread. The waitress was hostess, server, bartender & cashier! There was a busboy who did a detailed job. At one point the chef came out while the waitress was checking us out and bluntly asked a group if they knew what they wanted yet. They told him they had already ordered. Chef flounced around muttering about he had not been given the ticket yet, so he proceeded to take another pad and wrote took their orders again! Of course by this time, the waitress had gotten the original to him. He was rude, disrespectful and an overall jerk. Otherwise, we had a very nice dinner in a charming setting and think the waitress should get a gold star and the jerk chef should be given some attitude pills. So glad we stayed instead of being run off at the threat of a long wait! Crab cakes were good, not greasy, nicely seasoned with good crab meat. Chowder could have used a bit more clam and less potato, but good flavor. I would return. 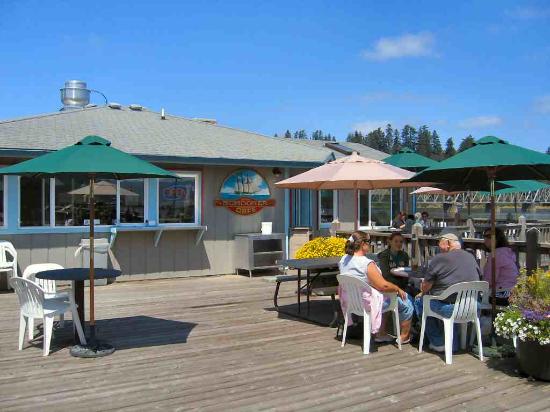 Spotted this place on the map whilst looking for a lunch stop on our road trip down 101. You’ll probably need sat nav to find it, it’s quite hidden but definitely worth the effort.

The menu is mostly “speciality sandwiches” but they are delicious. I had the tuna melt and hubby had the salmon. We enjoyed it very much. They also have wine and beer. Staff were really friendly and helpful.

There’s a little museum opposite worth a look if you have time. 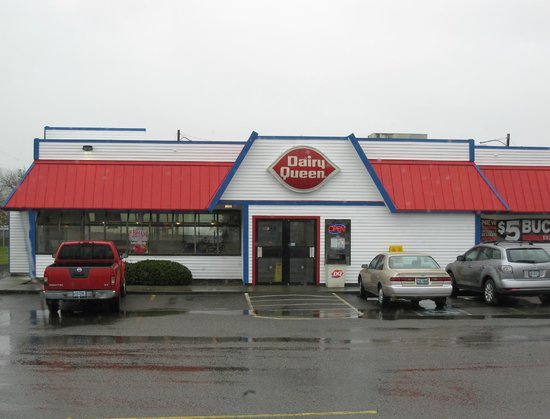 The service was so slow .....the food was ok...poor choice on my part...it had been a long day of driving and DQ just sounded good...service ruined it for me 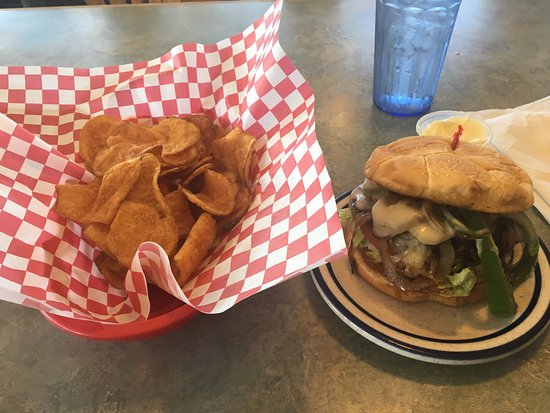 We offer delicious food along the Southern Oregon Coast in Reedsport, OR. Offering Breakfast All Day, Lunch and Dinner. Daily Specials as well as our Old Fashioned Umpqua Ice Cream Parlor.

Decent restaurant.This place serves a wide variety of food that is reasonably priced..They offer an Atkins meal for low carb diners which I had never seen on a menu before..Fish and chips were good..Clam Chowder ok..Quantity of food was good..Prices very reasonable..Nothing fancy, just more like a family type diner..Food was hot and our order was correct and fairly quick.. 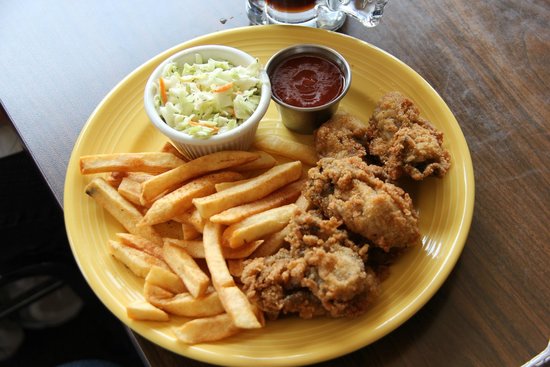 When driving up the coast of Oregon, right past the Umpqua lighthouse, you come to Winchester Bay that is famous for crabbing. This is a little seafood restaurant owned by a family and it was SO fresh and tasty. It was well known by the locals and packed at lunch time. You need good stops like this when on long road trips with kids! It is right on the water too.

This was a great little stop. Is in Winchester Bay near the marina. They had a good choice of food. Very fresh seafood excellent Seafood. They have a choice of wines.
The staff was very friendly and knowledgeable about the area. We decided to go book a charter fishing adventure for the next day. The place that you booked charter fishing is in the same parking lot but closer to the street. I believe the guy in there his name is Steven. Very nice guy check it out.