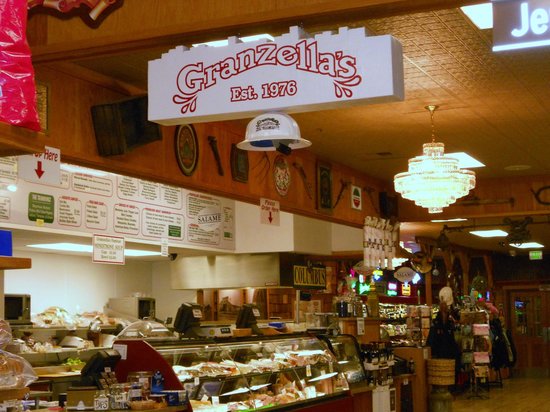 We've been driving for nearly 40 years from Northern California to Ashland, Oregon at least once a year for the terrific theater in Ashland, the Oregon Shakespeare Festival. We stop along the way for a lunch or dinner, and I'm going to offer reviews, one by one. We've been doing this for a long time, so we know quite a few establishments. Since hundreds (maybe thousands) of Californians make this trek during the 9-month season at OSF, I thought these comments might be useful. First up: Granzella's, in Williams, CA. This is an old deli and restaurant founded more than 40 years ago. It started as a sandwich joint and deli, and the food was excellent (we first stopped there about 1980). But as the place grew the food quality declined, and the restaurant was only dimly related to what it was in the early days. We stopped going some years ago, but decided to give it another try this year. Just to be sure, we tried it twice. Today I had a hamburger, which was overcooked and stuffed with way too many ingredients-- so many that it kept falling apart. It was accompanied by a cup of soup, which was quite good, but the waitress forgot to bring it, so by the time it arrived it was cold. My wife had a taco salad, but it bore little resemblance to what is called a taco salad in Mexican eateries. Instead of the usual tortilla bowl, the green salad had taco strips mixed in. The mystery meat included tasted a little off, she reported. On our way out we both smelled what seemed to be old fish on the way through the restaurant loading door. Service was pretty slapdash, the food mediocre. We probably won't be back, but hey, who needs us? They do a big business. One oddity: handicapped parking is located at the door to the bar, rather than the restaurant, while parking nearest the door to the restaurant is for non-handicapped. Very strange, but maybe that says something about the clientele. 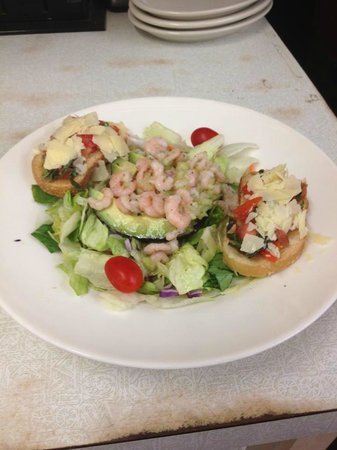 Stop on by and try our patio or our sports pub lounge for casual atmosphere, or go on into the dining room for more formal. Start off with a fabulous lemon drop, top shelf margarita on the rocks or a fabulous glass of wine from our extensive wine list. We have it all, from Steaks that are trimmed in house, to every meal being prepared to individual order. Try our calamari, or a dish of pasta. Our steak sandwich is famous, top sirloin steak, complimented by our beef raviolis, crisp salad or home made soup and of course you do have to try the bruschetta or the Blue Louis Bread, but be warned, you are now vampire free, and need to take an order wherever your going to be let in the door!

Louis Cairo's has become our go-to spot for a good meal when traveling to southern California or Arizona. Once more, we were not disappointed. From the starting relish tray/antipasto platter through dessert, it was just what we needed.
This evening they were featuring a steak and shrimp special ($25). We each had a generous cut of filet and a handful (forgot to count) of crispy shrimp that followed the opening apps platter and a nice, fresh salad. Crème brulee for dessert was a perfect finale.
Cocktails were also well-prepared -- generous pours and not too pricey. All in all, a fine meal that left us (and our wallet) well satisfied. We'll be back.
. 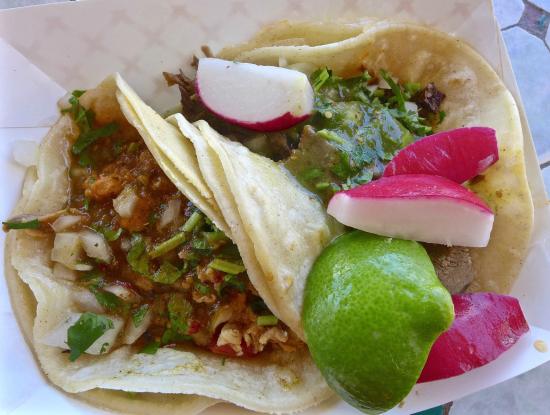 A bakery, take out or eat in restaurant in a grocery store catering to mexican food and products.

We stopped here while driving from the coast to Sacramento. We ordered a Carnitas Taco and a Adobada Taco and both were delicious. This is not a fancy establishment, but the food was great. They have three tables in front that are covered, so if you have a dog, this would work. Don't forget to check out the bakery for authentic Mexican baked goods. 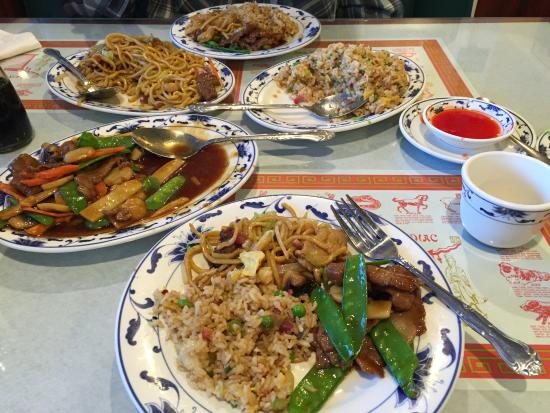 This place was recommended to us, otherwise we'd not have thought to find a good Chinese restaurant in this part of the state. The food was quite good, with a large and interesting selection. It's a bit noisy, and can get very crowded, so either be prepared to wait or come early. It'll be worth it. 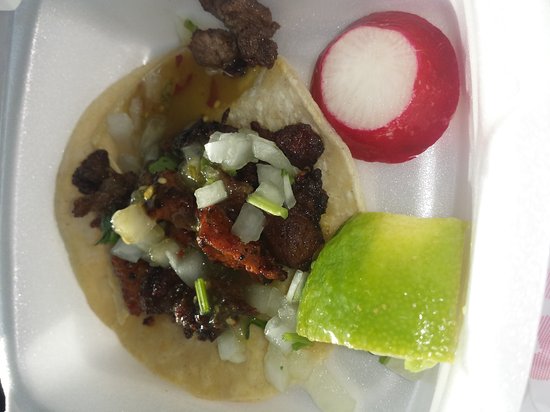 This "taco stand" style restaurant is quite nice. Seating is all outside. The food is authentic style and the portions are large. Our meals could have used a little more flavor/seasoning but were still quite good. 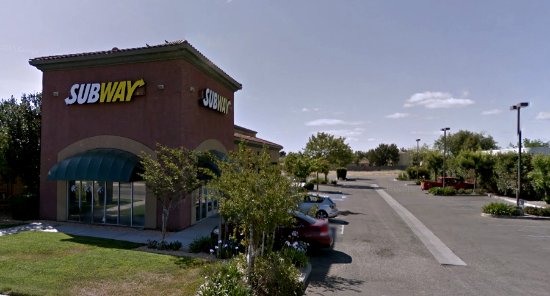 Best Subway I've ever been to. I didn't expect much since it was a quick stop by the highway to grab a bite on the road. --you know how those places can be. Not this one. This place was a find. The guy built my sandwich like I was a guest in his home and he really wanted it to be just right. Very kind and helpful staff and the food was fresh and delicious. And clean bathrooms too. And to think I almost missed it for Carl's junior! (Fyi: The pic TripAdvisor shows of a house like building is outdated. It is now in a small brick building strip mall in the same location.) 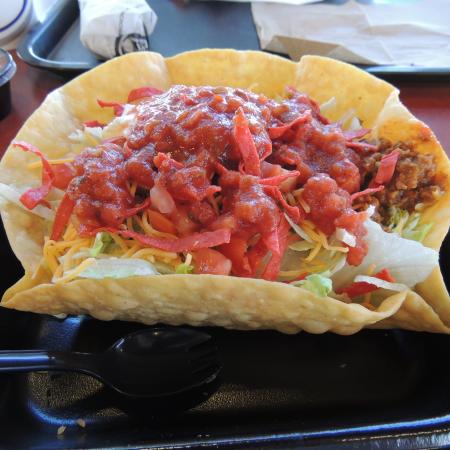 My husband and I were traveling across northern CA. on our way to Nevada and stopped at this Taco Bell for a quick lunch. This location is where you cross the Interstate 5 and was in the town of Williams. Here the outside had pretty landscaping with blooming bushes and the outside was clean as well as the inside. The service was very good and friendly. It was very busy as workers from the orchards and fields were in a long line. However, the staff was organized and the line moved quickly. Around this area you can see all kinds of nut trees, rice fields, wheat and tomatoes being harvested. Huge fields and processing plants. Beautiful fields. While at the restaurant we got a taco salad (my favorite), 2 beef nacho grill and drink for $9.58. The food was done correctly and just like any other Taco Bell however the quick service was what set it apart. 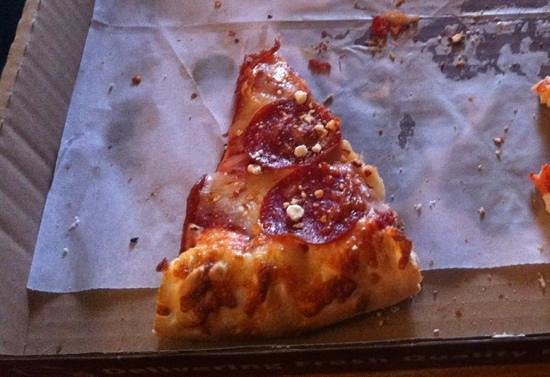 gave this restaurant a shot last time I passed through town. I was very pleased. seems to be the only pizza place in town, looks new. the employees were friendly, place was clean, food was very good. a LOT better than your average "5$ large pizza" place. they have a big menu including sandwiches and more. decorated pretty cool with movie posters and different things. it was a pleasant dining experience, will be eating there again for sure. 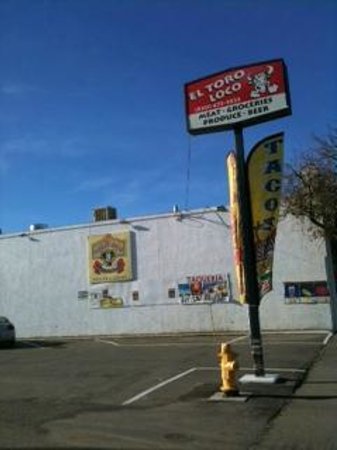 Really good grilled chicken on Sat. This place has a really small home town feel to it and thats what I look for, that's what makes me feel at home.

New-ish. Good morning coffee. I think the morning hours are later than wildlife photographers would prefer