Top Things to do in West Valley City

West Valley City is a city in Salt Lake County and a suburb of Salt Lake City in the U.S. state of Utah. The population was 129,480 at the 2010 census, making it the second-largest city in Utah. The city incorporated in 1980 from a large, quickly growing unincorporated area, which was variously known as Granger, Hunter, Chesterfield, and Redwood. It is home to the Maverik Center and USANA Amphitheatre.
Things to do in West Valley City 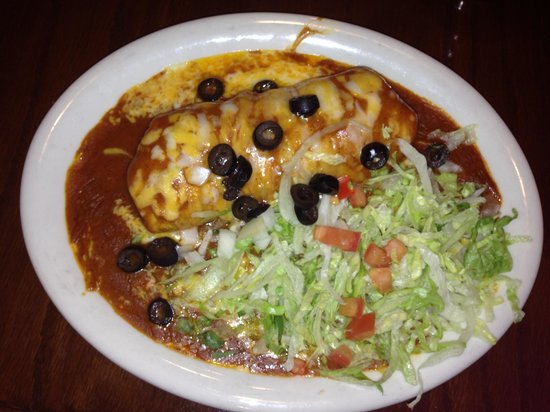 Reviewed By ChrisCgeo - Fort Worth, Texas

The staff here is excellent and very friendly. The decor was nice. The food was average all around. I had the Green Chicken Enchilada (#18). The chicken was very dry and really took away from the experience. The entrance to the parking lot has a very steep dip and unless you have an SUV or take some crazy angles, you will scrape both the front and back of your car. 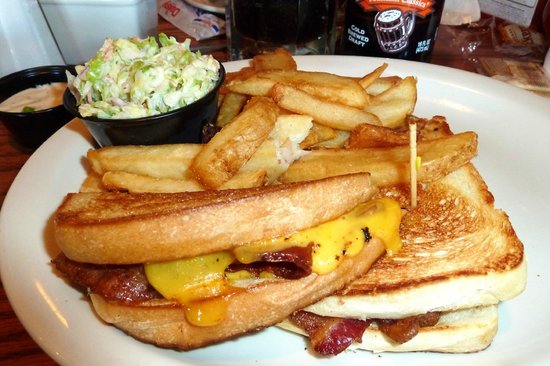 What can I say? Cracker Barrel is charming down home cooking like your grandmother would have made. You simply can't buy a bad meal a Cracker Barrel. Their Apple and Blueberry pancakes are to die for. The peach or raspberry tea delightful. The biscuits and corn bread heart warming.
But have you tried dinner here? Because it's really tasty and reasonably priced. I travel all the way from Canada for Cracker Barrel Eating at Bombay House is about much more than just food. It is a complete cultural submersion for all five of your senses. The rich aroma of exotic spices; the rhythms and songs of an ancient culture; warm, intimate lighting; vibrant murals portraying scenes from Indian life and legend; oven-toasted flat bread warming your fingers as you tear a piece to eat; the exquisite flavor of sumptuous food cooked to perfection and served with the same care and courtesy extended to family and guests of the highest honor. Bombay House is about providing you with a truly exceptional experience.

Just went here tonight as we are on or way out to Cali and are spending a night in West Jordan. We were walking around the shopping area looking for a place to eat and didn't want to eat at a chain. Saw this place and decided to try it. Glad we did! Sorry we don't live here as we would return often. Service was wonderful as was the food. Prices very reasonable. We had Samosas and garlic naan, lamb curry and Baygan Bharta (eggplant). It all came with white rice. They also have restaurants in Provo and SLC. 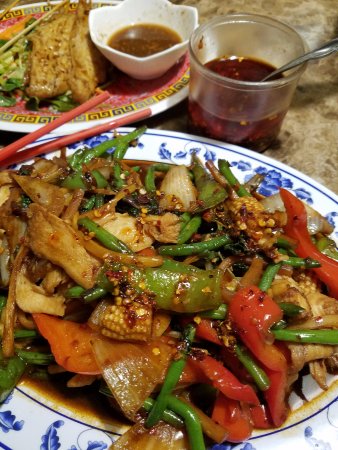 Tucked in a strip mall, it does not shout "outstanding!" But it is. Servers are appropriately attentive and personable. Prices are super, such as any curry for $7.50, reflecting a recent $.50 increase. Worth it at twice that price. We both had different curries, and both were tastefully prepared, not over-cooked, and had just the right amount of heat. We started with chicken satay and the largest spring rolls I have ever seen--delicious to boot. Despite being stuffed, we had to try the mango sticky rice, of which the mango was exactly on target for ripeness, so difficult to achieve. Clearly the best asian food in the area. 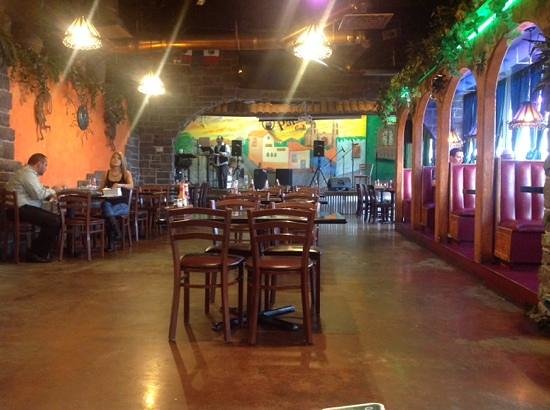 Authentic Mexican food and MOLCAJETE Supreme, it is what we specialize in. We are a sit down restaurant that offers live entertainment on weekends and now we have included a Sports Bar & Tequila - Cantina area which offers a large variety of tequila. We are the largest Tequila Bar in the Valley! We have a wonderful family atmosphere, customers of all ages welcome! Founded in 1999, El Paisa Grill was established in 1999 by the Orozco Family from Guadalajara, Jalisco Mexico. Our delicious recipes have been passed down from generation to generation, bringing the best Mexican food and entertainment to Utah. We have shared this authentic meals with you ever since the opening, 12 years of business says it all! El Paisa Grill is a fun place to celebrate with family and friends.

They use very cheap ingredients and the service is exceptionally slow. The bathrooms are filthy if that is any indication of how they keep the kitchen. Got heartburn and will not be returning. Shocked how they get five stars. Decorations and ambiance nice. 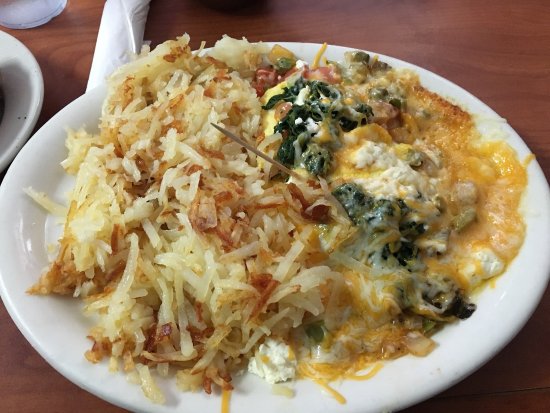 A good old fashioned cafe that that has never gone out of style. This wonderful little diner had been a staple in on the west side of the Valley back before West Valley became incorporated and this part of the city was called Granger I believe back in the 1960's-1970's.
Although this little place is in serious need of some cleaning and updating, the menu is perfectly in tact for delicious, cheap and large proportioned meals that don't disappoint.
If you're willing to try a belly bursting taste temptation, you must try the Special Breakfast Burrito. It comes smothered in house cooked verde with your choice of breakfast meat along a never ending cup o' Joe.
Now, if that doesn't make your mouth water, its prolly because you may still be craving cold cereal and pop tarts.
That's ok too, Ogies has been around for awhile, no doubt they'll be around for awhile longer. They will still be here for you to check out when your taste buds are grown up enough for the challenge. 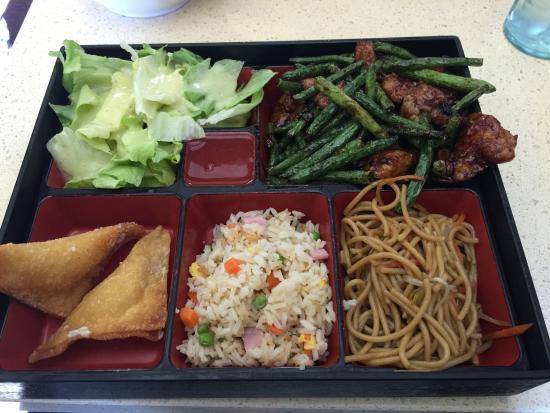 My family has been coming here for a few years now. We normally go on the weekends and it gets busy, but the wait is worth it. 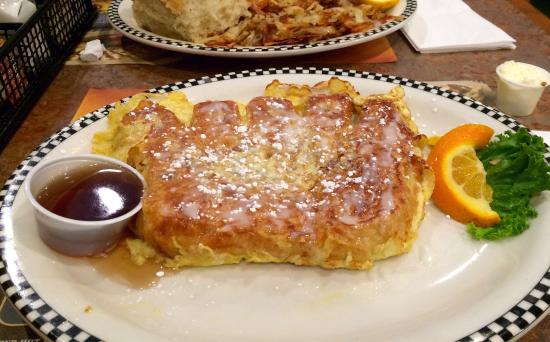 Came here for breakfast with my team. The service was fast and friendly and portions were huge. I had an omelette which was really good but I had to keep some food for lunch. They managed a big party really well. 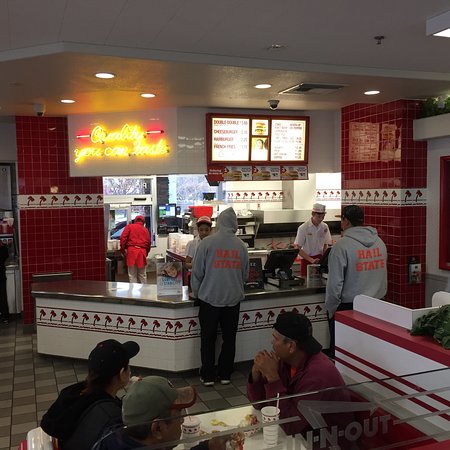 There are not so many In-N-Out Burger locations in the Salt Lake area, so very fortunate to have this location close to my North American office in West Valley. First time by the way I had animal style fries, which I can recommend! Great burger and fries! 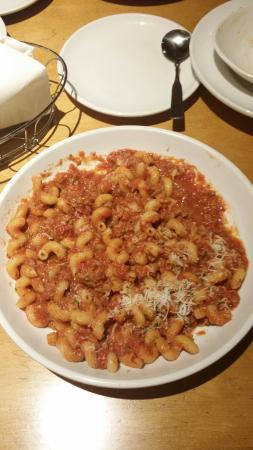 So, we chanced going here as we had an hour before an appointment. We were seated immediately and our server Michael P showed up moments later. We knew exactly what we wanted and even explained our time constraint. With that we ordered the soup and salad and Alfredo sauce for the bread sticks. He asked if we wanted the soup and salad at the same time, which we did. Honestly, this is the way to go. They have 4 soups to chose from, and if your appetite is big enough you could have a bowl of each. I started with the Chicken & Gnocchi, I also had a bowl of Zuppa Toscana. My wife had the Minestrone (we didn't get the Pasta e Fagioli). We shared the customary Olive Garden salad and bread sticks. At the end of the day we spent $25.00 excluding the tip. It's great value for all you can eat. Our thanks to Michael P for expediting our meal. So, in need of some quick budget minded food? Then find Michael P at the West Valley Olive Garden.