Top Things to do in West Mifflin 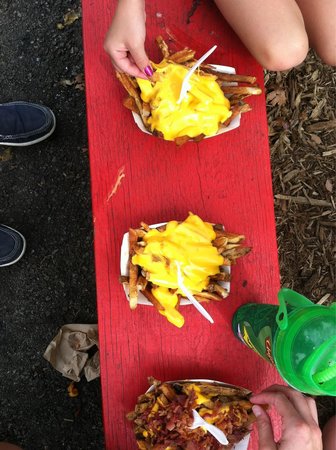 This place has a BEST fries and is a definite stop on your visit to Kennywood.

Granted it is staffed by teenagers who only half know what they are doing, but they will make your fries light, regular or darker - based on your preference and there are tons of options - flavored salts, cheeses, ketchup, malt vinegar, mustard, more!

Just watch for cheese on your seat ;) 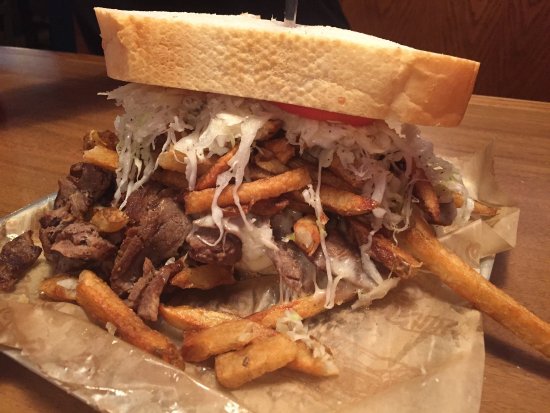 I've been to many of the Primanti's locations and the consistency is impressive. The food and service is reliable and very good. Stopped for ice cream with 11 people. Got in line. There were three girls taking orders for us. Got served in less then 10 minutes with milk shakes. The consolidated the orders and gave me the bill. Fast, accurate service. And by the way, the ice cream is unbelievable. 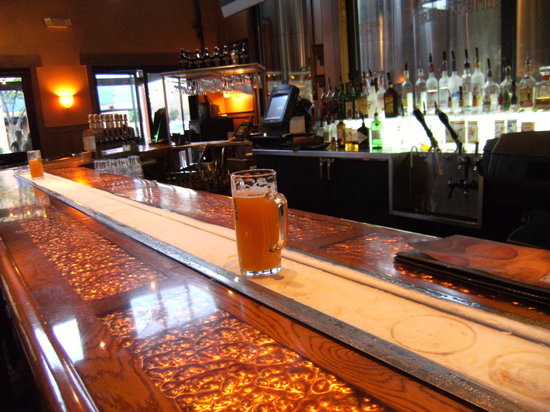 I went here 10-12 times over the course of 3 weeks while I was in town for business. I was a solo party, tried the bourbonzola burger, beer glazed chicken, the house made tacos, the tostadas, and the chicken fried chicken, the mango tea, and the jagoff beer. Let's get this started.

- chicken fried chicken, B+. Good and hearty option if your hungry or it's a chilly day. Had it several times, was very consistent.

- beer glazed chicken, A. Very moist and tender, great flavor. Only downside is that it's a lighter menu option and wasn't very filling for me. (6', 215 lb male).

- house made chicken tacos. C. They were just okay. Too many toppings, came out soggy, overall I wasn't impressed w/ these.

- Bourbonzola burger, B. It was good and cooked perfectly medium. Very smoky kinda flavor. I got the bigger patty size, so it was filling.

- mango tea, B-. It was just okay. Kinda watery at times, not very sweet.

- jagoff beer, A. The only beer I tried there, it was really good and reasonably priced for the quality. Was always cold when brought out.

Overall, it's probably one of the best options there at the waterfront area in terms of quality and consistency...

This is without a doubt the best, the very best ice cream establishment anywhere! Be careful regarding the size of cone you order as a small is more than enough
Another highlight is they have different "Dole" ice creams on various days, all of them are fantastic. The place gets very busy as it is just the best anywhere. You can use a credit/debit card as long as the purchase is over $5.00 which is understandable. Just for your info! 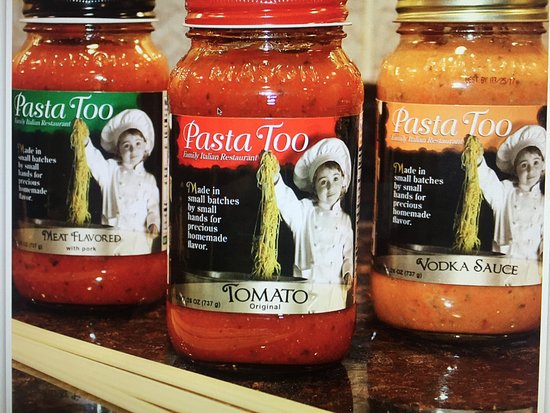 Eight of us ate there for lunch. The food is excellent the portions are good and the price is good.. unfortunately this time the service not so good. A girlfriend of mine just had gastric bypass surgery can eat only very small portions she had...MoreWe apologize that our service did not meet your expectations. I can be reached at 412-831-3400 to discuss your experience further. Raymond 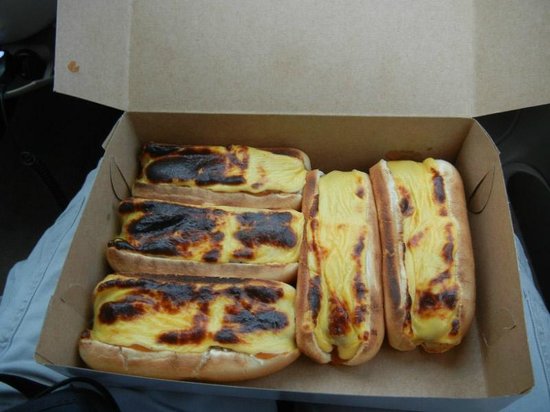 The sauce is what makes the hot dog so great! It's smooth and tasty. It is a small drive-up building with serving windows like an ice cream shop. There are picnic tables located outside of the building to sit & eat. Most locals take their food home in the white pastry box that they are packaged in. The sauce is also used on other types of sandwiches.The service is courteous and quick. It's a little pricey, but it's worth the experience and the happy palate. 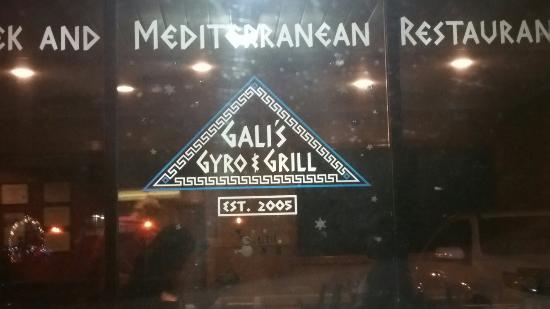 We love Greek food and have been to Greece several times. This Greek food is really great. The tzaziki was exceptional. The pita bread was also very good.... moist and fresh tasting. Unfortunately we were unable to try the desserts as we were stuffed. We had gyros and shared a large Greek salad. The service was also great... we had our meals within 10 minutes of ordering and our server checked back with us frequently.

We are a small family friendly take out only cafe that serves ice cream, coffee and panini

I noticed this store when I was in the area and then one morning decided to try their breakfast sandwiches. I ordered the breakfast panini with egg, cheese bacon and tomato and it hit the spot. The next evening i decided I was hungry for...MoreThank you! 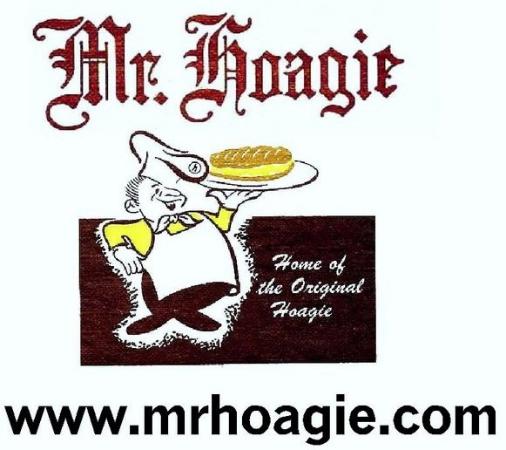 We visit Pittsburgh every year and drive 2400 miles. This is our only choice for hoagies. Nothing west of the Mississippi compares. Mr. Hoagie has been voted #1 by the people's choice award for the last 6 years. We particularly like the italian and steak hoagies. The also have other choices which are equally enjoyable. Besides hoagies the have burgers and a nice variety of sides. If your in the area this is a don't miss.