Waupaca is a city in and the county seat of Waupaca County in the state of Wisconsin, United States. The population was 6,069 at the 2010 census. The city is believed to be named after Sam Waupaca (or Chief Wapuka) of the Potowatomi tribe. 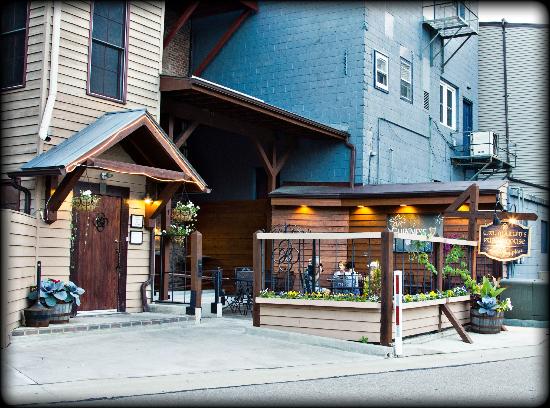 This is a great little restaurant - a little difficult to find the first time HINT: Look for the triangle of lights above an entrance when you reach the large parking lot filled with buildings! Once inside - the staff is warn and welcoming and the wooden tables and chairs reflect the Irish Pub atmosphere - along with their vast selection of beers! There are nightly specials along with a huge menu sure to please every palette. There were 6 of us this Saturday night. We made an early reservation (5:30) as we had two children in tow. Our table, with high chair, was ready for our arrival and after drink orders we reviewed the menu deciding on mac & cheese for the kids - and surf & turf for the adults - ribeye or tenderloin with friend shrimp. Delicious - and plenty of Irish Chips and fries to share!! Our server was excellent - and the hostess went out of her way to find a green crayon for our budding artist (age 5). By the time we were leaving, the joint was packed so do make a reservation or risk a long wait. All in all a delightful dining experience - and now that we know where it is - we'll be back!! 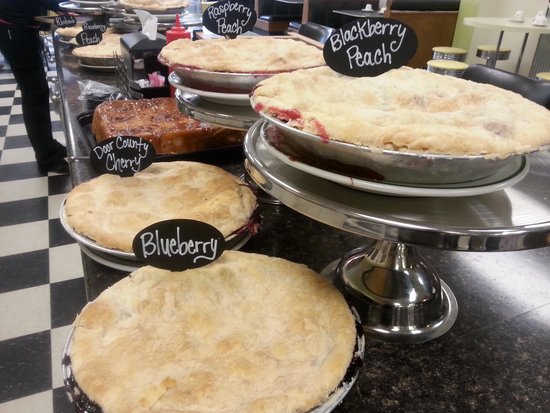 All of our bakery is homemade. With that in mind please give us a 24 hour notice when ordering desserts. We have very unique and delicious daily breakfast and lunch specials. We would love to serve you.

After reading all the rave reviews I was frankly a bit disappointed when I stopped for breakfast on a Sunday morning. I ordered a simple breakfast; eggs over easy, Americans fried potatoes, bacon and “homemade” rye toast. The biggest disappointment was that everything was “swimming” in oil/grease. I understand that you need to have some kind of oil or something so that everything doesn’t stick but this was over the top. Also, I wish the waitress had told me that the toast was cut really thick. The bread tasted fine but you couldn’t real tell it was toasted.

The pies looked delicious but seeing as it was 9:00 it was a bit early for pie. 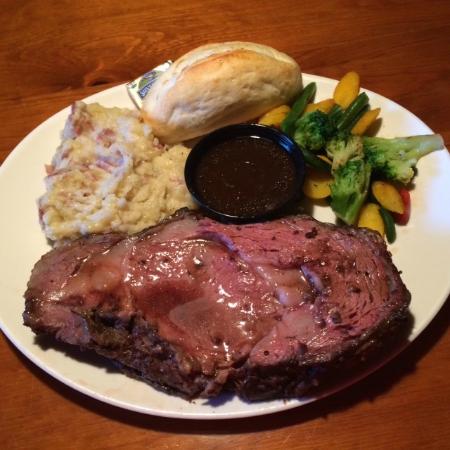 So I am a road warrior and this is my first visit to the area. I asked some locals and it was funny how many people suggested the Wheelhouse for their Monday night pizza buffet. I was out sightseeing before dinner and happen to drive by the wheel house and noticed the cars were already gathering in the parking lot around 4:30 when I returned it 5 minutes before 5 when the buffet starts you would have thought it was free food day or something with all the cars in the parking lot. The decor of the restaurant is fun and lots to look at. The wait staff was very accommodating and friendly. The buffet is quite simple about eight different pizzas and a bowl of garlic bread all for only about $8 I believe I know before tip the buffet and an iced tea was less than $10. If you're in the area for a number of evenings and looking for somewhere local with plenty of people watching, I strongly suggest the Wheelhouse I think you'll be happy 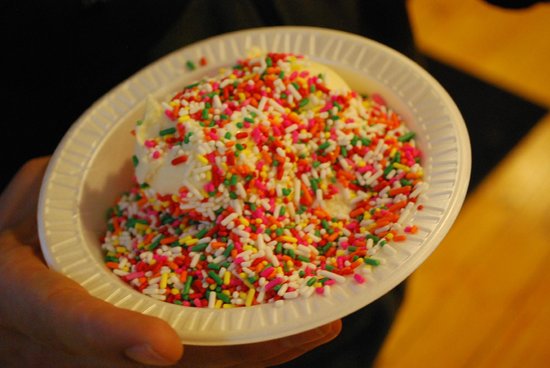 Have been going here for years when we visit Waupaca. Ice cream is good and fairly priced. Can be crowded at night but went in the afternoon this time and had no wait. 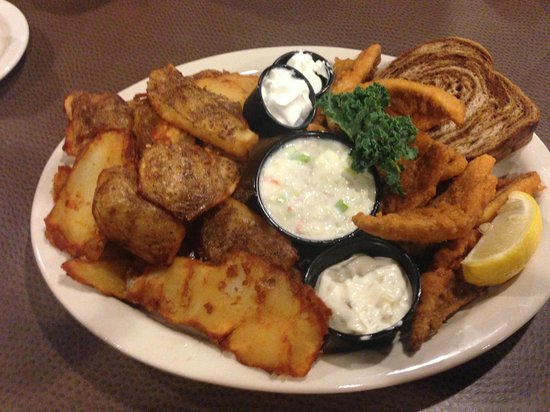 We were traveling on Hwy 54 and stopped for lunch. Asked a lady on the street where a good restaurant. One of the restaurants she mentioned was Woods in the mall. What
an experience! The prices were very reasonable. Their $3.25 Cinnamon roll was a sight to behold. It was huge. All our meals were awesome with large portions. I would definitely come back.

I have been enjoying treats from the DQ since I was a toddler in Waupaca. It has evolved through the years and I can count on fresh salads, tasty soups and cherry dilly bars to make us happy. The restaurant is clean and has all of the DQ favorites you enjoy.

Waterfront Restaurant and Bar located on Waupaca&apos;s Chain O&apos;Lakes. The restaurant is opened from the third Thursday in April- the last Sunday in September. We also have daily narrated tours of the Chain O&apos;Lakes. Check out our website for our menu, entertainment schedule, and boat cruise schedule.

I have been going to the Harbor Bat for years. It was always a fun atmosphere. We could get our favorite burger and perhaps listen to some live music. The past three times I went this summer were all disappointing. It's not because of the food either, it's the staff.

I walk in the door and the hostesses/waitresses don't seem eager to greet guests. To ask for a table always seems confusing to them. I completely understand that they are a busy location, but there is never a gracious, "I will be right with you." Nor does anyone make eye contact there when you are patiently waiting. The bartenders are what drive me nuts. I bartended through college, I had bad days and had to deal with annoying customers, but the bartenders at Harbor always seem annoyed to attend to you. I also believe they need to have a bartender that just attends to the customers sitting at the bar, it's like all of them are too busy doing making the waitresses drink orders that they can't even make eye contact with you to say, Give me one second, I will be right with you."

I honestly have not been back the rest of the summer and it makes me sad because I enjoy the occasional olive burger. 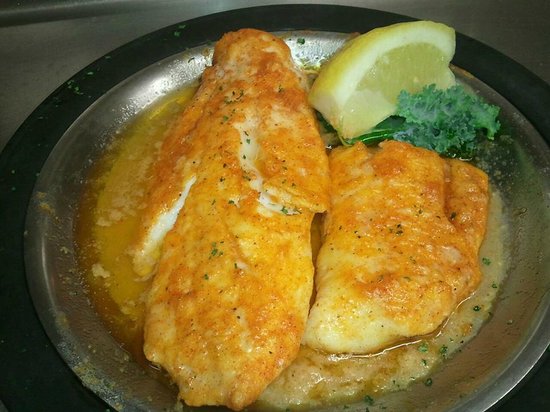 Reviewed By PDXtraveller707 - Portland, OR

Yum! We enjoyed an excellent dinner here... fresh ingredients, sauces and salad dressings from scratch, knowledgeable server who could actually describe the food... also, a full range of options and prices - steak and lobster to salads and sandwiches. While the dining room inside feels like time travel to 1950, the food is worth it... on our way out we discovered they also have a very nice outdoor patio... this place is now the top of our list in this entire area!! We LOVED it :D 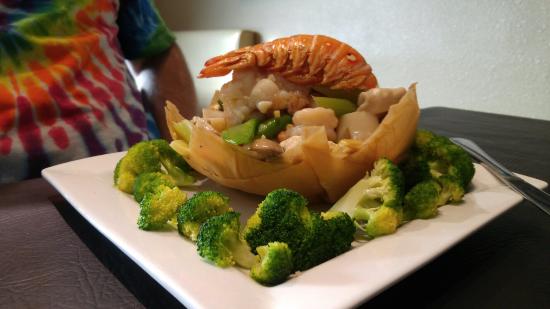 We have been going to Chef Chu's for the three years we've lived in Waupaca. The food and service is consistently very good, with the exception of a few menu items. Our favorite is the Hot Fried String Beans. They come with rice and are one of the best versions we've ever had. There are two types of string beans on the appetizer menu; the other type isn't nearly as good. My daughter is vegetarian and this is the only way she eats string beans. My husband and I eat meat, but still love the beans. Sometimes we get an extra order to take home because they're SO GOOD. Now and then, they've been out of beans, which is disappointing. We also like the chicken fried rice, the shrimp with spicy garlic sauce, and the dessert donuts.

Their service is always attentive and their take out is always ready quickly. We often recommend Chef Chu's to friends and relatives. They don't deliver to where we live, but do deliver within a limited area. 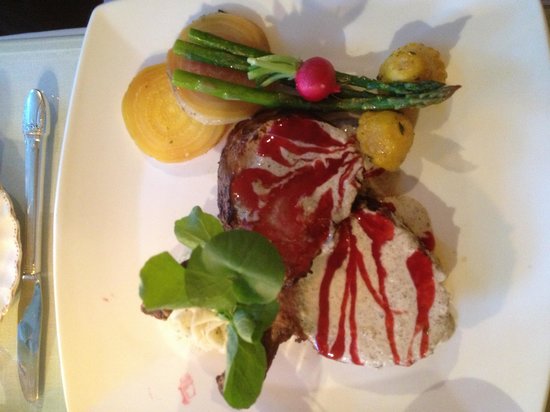 This restaurant is in The Green Fountain Inn B & B and it&apos;s amazing!!

What a pleasure! The environment is lovely: relaxing, elegant, charming, intimate. The creative offerings combine healthy tasty choices, always from scratch, using the best of local ingredients, as well as artistically presented. Michael & Barbara are an unbeatable combination! Michael, the skilled & talented chef, creatively puts together combinations of herbs and spices to always tweak the tastebuds. Barbara, with her baking knack, continues to tempt with the luscious chocolate and creamy desserts. When we are in town with friends, we always come here Friday AND Saturday nights! You can't ever get tired of it, because this clever duo always have something new up their sleeve!

I know they call this the secret garden, but word it out! What a joy to be met each year with our special friends. We are a group of 4 couples, and we have stopped going to dinner anywhere else because this is THE PLACE! Michael and Barbara: YOU ROCK!!!

I absolutely must get her in the summer, too!