Warrenton is a city in Warren County, Missouri, United States. The population was 7,880 according to the 2010 Census. It is the county seat of Warren County. Warrenton is located in the St. Louis Metropolitan Statistical Area. Warrenton's slogan is "A City for All Seasons."
Things to do in Warrenton

We love the food here. The prices are very comparable. The buffet is hit or miss depending on the time you get there. The people are very friendly. A nice place to take the family for good food.

We have stopped several times at this Dairy Queen. The restaurant is clean. The bathrooms are clean and the food is great. The staff is friendly. Do not hesitate to stop here when you are traveling on I-70.

So great to have a hometown bakery. Wonderful place to stop for baked goods after church on Sunday or for an easy Saturday breakfast.
Old fashioned enough to be closed on Mondays!

Flavorfull donuts and fruit pastries for the adult palate and cupcakes for the kids.

Feels good to support an independent business that supports the community.
You will feel good about enjoying your baked goods purchased from Hometown Bakery! 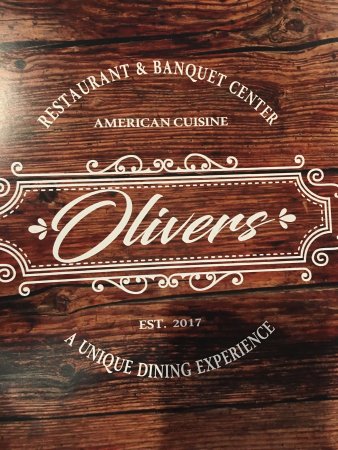 My husband, daughter and I stopped in at the China House Buffet during a recent trip to Warrenton. The restaurant was right next to the hotel, and had good reviews from what I believe are local customers.

There was a steady stream of people at the buffet, and everyone around us had plates piled high. We were not as satisfied. The choices were fairly limited, and many of the dishes did not match with the description in front of it (for example, my daughter got what was listed as crispy chicken, and ended up with a plate of honey chicken). Even though we are ed almost two hours before close, the food on the buffet was old and nothing new was being brought out.

The food itself was decent, but nothing I would make a special trip to have again. 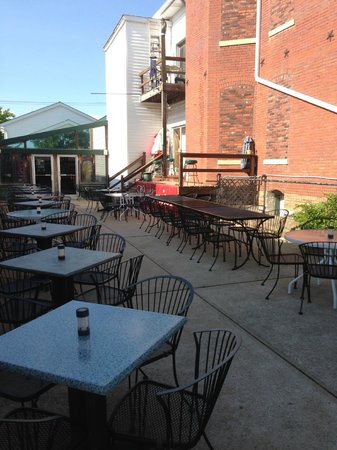 The service was ok, but the food was pretty mediocre at best. I had something called along the lines of porto jack chicken. The chicken breast was cooked ok. The potatoes were diced like breakfast potatoes and were pretty bland. The veggies were obviously from frozen and also bland. Also, I sat where I could see into the kitchen and saw a bun being handled with bare hands This was not restaurant quality food being prepared by what appears to be non- restaurant professionals. We hadn't been to Applebee's in years, but opted here for dinner when spending the night before an area event.
The food was good and the menu varied. We sampled several appetizers, a slightly limp salad, and tasty chicken entree.
The best part was our very friendly and competent server. She made us feel very welcome and was very good with making sure we had what we needed in a timely manner. A good option for a casual dinner. 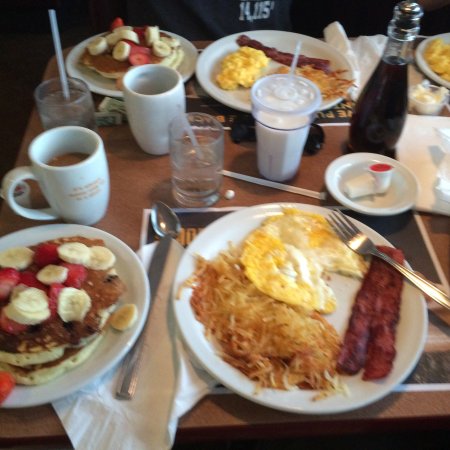 The service at Denny's in Warrenton was excellent. The food was OK, but not the best we'd had on our trip. They had run out of the lettuce they usually used in their chicken, apple, cranberry salad so it was a disappointment. I suggest they try a poppyseed dressing instead of the balsamic they serve.

This place has been in business over 12 years

Only open for breakfast and lunch.. I'm guessing this Holly's is owned by the same person that last owned the Holly's downtown years ago. I didn't even realize it had reopened in a new location as it is hidden from the main streets. My mother and I had lunch here a few weeks ago. We both had burgers, I had the broccoli soup and she had fries. The soup was delicious as was the burger. Fries were pretty good too. It's a little place that might take you back to the 50's with it's decor. Handwritten orders that get added up at the register... old school, but I like it!