Waller is a city in Texas, United States, partly in Waller County and partly in Harris County within the Houston–The Woodlands–Sugar Land metropolitan area. The population was 2,326 at the 2010 census. The Waller area is located along U.S. Highway 290 (Northwest Freeway) 41 miles (66 km) northwest of downtown Houston.
Things to do in Waller

Buc-cee's is huge !! We love to stop in walk around look at all the choices from snacks to BBQ drinks to jerky , jelly to home furnishings. Not to leave out the giant bathrooms! The women's room has I have no idea 30 stalls? ! Always clean lots of western art oh yes and if you need gas it is RV friendly for fueling but no dump site ! A must see if you are in the area.

I ordered the chicken plate with bar b que beans and potato salad. My dad ordered Ribs with potato salad and bar b que beans Delicious meal -- might not look like much but it's inside a shell station and we have eaten here since...MoreAttyVette, Thank you for the awesome review, I'm looking to revamp the store soon, so stay tuned! Come back and see us!!! Take care and we appreciate your business.. R. Moro 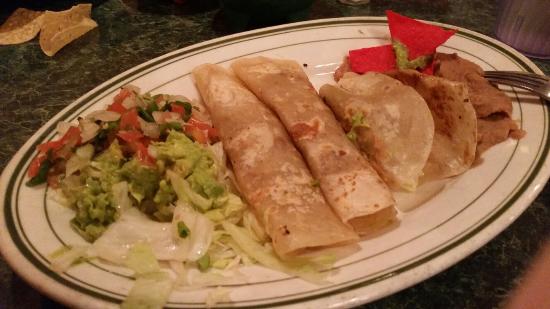 Have lived close to the area for over 10 years and have never been to this place until we were recently invited for a birthday celebration on a Tuesday night. The place had plenty of available seating...there was a nice lit patio outside.

I always judge a tex-mex place by the quality of the salsa first and foremost. Based on this along, I would rate them below-average. The rest of the meal was average for me, although other guests who ordered fajitas seemed to like them. They had some huge margaritas and the waiters were happy to try to sell you those. I cautiously ordered a small one and got a headache that night...not sure if that says anything about the quality of the drink.

Overall, a good enough restaurant, particularly for a group celebration where you want waiters to be attentive. The food is not good enough for me to want to return though. Maybe, I'll try the beef fajitas next time...I had their chicken mole enchiladas. Prices are comparable to other tex-mex places...but if you're looking for a place to eat in Waller and do not want to drive further into Cypress or Houston, not a bad option. 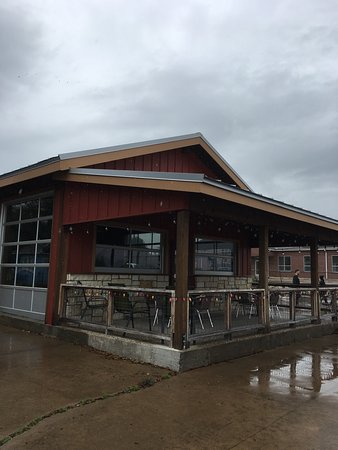 Our first time -- went w/ friends on the motorcycles. A nice casual venue that has seating inside and out with a focus on burgers and craft beers. I had a cheeseburger that was ok. I think they could have used a different bun -- one that could really stand up to the burger as mine fell to pieces and I had to end up eating it w/ a fork and knife. My husband and friends were happy w/ their choices -- a Rueben, a pulled port sandwich, and another cheese burger. The menu is pretty extensive, and sweet potato fries are an option at no extra charge -- although they were really shoestring style. The desserts looked pretty yummy, although we didn't indulge. I would definitely go back here to try some of the other menu options -- and maybe dessert! PS The service was impeccable! We never had to look around for our server, as he was always right there when we needed him.

Dont eat there on a monday or tuesday you get the left over salsa from the weekend and its watery and I usually get sick if I eat there before wednesday also be carefull when ordering your soft taco, you might get a cow tongue instead of fajita meat. the salads are good and the taquitos are safe to eat tea is good 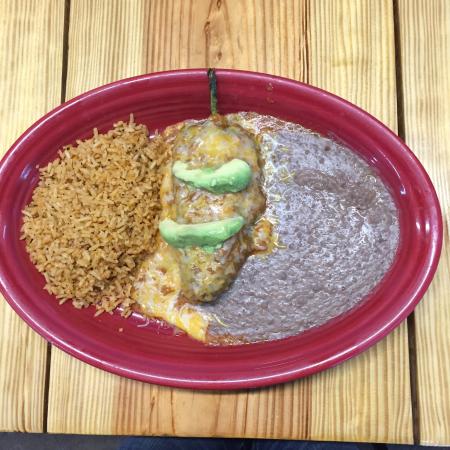 This menu has something wonderful for any craving! Seafood, Mexican, Poboys, Burgers, Sandwiches and Salads are a sampling of wonderful choices. Tonight we ordered fish tacos and shrimp tacos. Fresh and utterly delectable...the corn tortillas were lightly grilled and stuffed with fresh and perfectly seasoned catfish and shrimp. This was served with refried beans, Mexican rice and a fresh lettuce and pico mix. Every bite was enjoyable. The waitress explained everything is home cooked on the premises and their Iced Tea is freshly brewed. Looking at their menu I am anxious to return and try their house made queso, fried pickles and just about everything else. 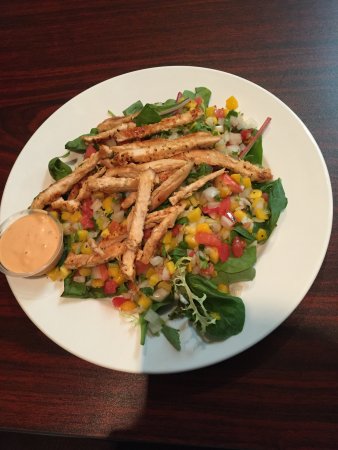 This diner is a great choice for breakfast, lunch AND dinner. For breakfast I love the Poblano Omelet. For lunch and dinner the hamburgers are thick and juicy. The Green Enchiladas are spiced right and Maria's rice is delicious. For a light meal I love all the salads. The Paradise Salad and the Mango Salad are my favorites and are both fresh, crisp and full of flavor.

My family and I live in Brenham, about 30 miles west of this particular Arbys. We don't have Arbys in Brenham and so when we go to Houston, we usually pick up dinner at Arbys in Waller Texas on our way home..This afternoon, my daughter and I stopped as usual, to go thru the drive thru and pick up some sandwiches for dinner tonight. We weren't sure what all we wanted, so we asked the young lady to give us a minute or two while we decided. She said yes and my daughter looked over the drive thru menu and discussed what to get..Imagine my surprise when in about 1 minute, (and there were no cars in line behind us) a young man got on the speaker and said, Would you please order your food?? We were astonished as they were not busy and there no other cars behind us. We ordered 4 varying sandwiches and two sides and one drink. I told my daughter when we got the food, let me check this bag...not surprisingly at that moment, one of our sides had not been included. We went back to the restaurant, but instead of going thru the drive thru again, my daughter walked inside the restaurant. She was greeted by the young man, Derry, was his name, and asked what was wrong..she told him that the side we ordered (cheese pretzel bites) were not included in our order and she showed him the receipt for the item. She waited almost TEN minutes for the side order. When we got home and opened the sandwiches, THEY WERE A MESS! The brisket sandwich was nothing like the picture, had no onion rings on it, the dressings were glopped in the middle of the sandwich and it had no more than 2 1/2 slices of brisket on it, the 1/2 slice being an end piece about 2" long and stringy. My daughter said her Reuben was good. My mid sized roast beef was alright, but it had the feeling and taste of one that had been made a rather long time. This wouldn't have been so bad, but we were treated so rudely and abruptly, and made to wait, that it just won't be worth our while to return. When we come home from Houston, we pass at least 2 or 3 Arbys, and numerous Chick Fil A's and we are always treated like customers in the other places, not like bothersome pests. We will NEVER go back there.

At Irv's you got to the back of the convenience store to order. Their BBQ is priced well when you consider the generally high price of BBQ. The homemade sausage is very good, and the ribs are very good as well. The brisket was dry and could use more smoke flavor. Still, in this area of Texas that's known for it's BBQ, I think Irv's is the best.