Vejer de la Frontera is a Spanish hilltop town and municipality in the province of Cádiz, Andalusia, on the right bank of the river Barbate. The town of Vejer de la Frontera occupies a low hill overlooking the Straits of Gibraltar and surrounded by orchards and orange groves. It contains several ancient churches and convents, and the architecture of many of its houses recalls the period of Moorish rule, which lasted from 711 until the town was captured by Saint Ferdinand of Castile in 1248. Agriculture and fruit-farming are the chief industries; fighting bulls are also bred in the neighborhood and a running of the bulls is held annually.
Things to do in Vejer de la Frontera 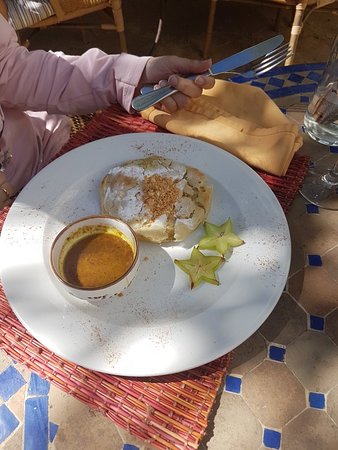 Vejer&apos;s most popular restaurant has stone vaulted dining rooms and a lush palm-filled courtyard set in an emblematic 16th century building. &apos;The Caliph&apos;s Garden&apos; is one of Andalucia&apos;s prime eating destinations. You will be served fabulous North African & Middle Eastern food in a historic, tranquil & unsurpassed setting in the heart of Vejer&apos;s medieval quarter. Overlooking the palm filled square of the medieval quarter the Jardín del Califa is inspired by the Moorish rule of Vejer over 700 years ago. The Jardin del Califa is set in one of Vejer&apos;s most important historic buildings. The principal building dates from 1527 (and includes parts from the 11th Century) and is now a grade 1 listed monument. The stone clad dining rooms and the palm filled courtyard are the perfect company for your meal with us. Come to the Califa and you will enjoy tasty dishes, stone vaulted cellars, an enchanted garden, a splashing Fountain and scented plants. The haven of this quiet corner in the heart of Vejer will provide you with many memorable moments.

A restaurant worth including during a stay in Vejer.
Morocco & Lebanese dining, in a special atmosphere.
Very well decorated.
Great service personnel attention and level of service.
Fine price value for a/some shared starters, each a main course, house wine (which is a fine table wine), and/or a few "canas", ends at around Euro 30 per head.
Suits off season dining very well. Very nice to sit in the glass covered patio.
Suits romantic, or two couples.
Reserve table. 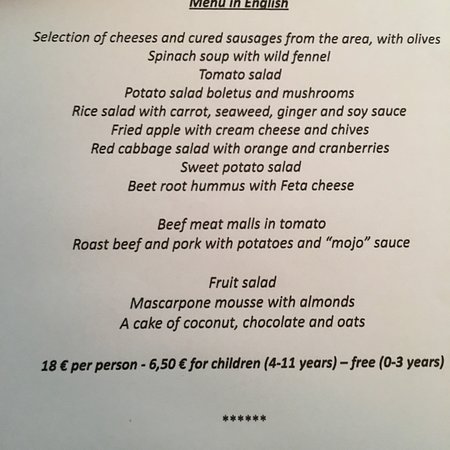 Tucked away in the Andalusian countryside, this restaurant is well worth visiting. You will receive a warm welcome and enjoy excellent food. Our starters were imaginative and delicious: tomato salad with an avocado and basil sorbet, Danish potato salad and meatballs and very well prepared spinach and cheese croquettes on a bed of rich tomato sauce.The main courses and desserts were also good. This restaurant would not be out of place in the Michelin guide. We look forward to our next visit. 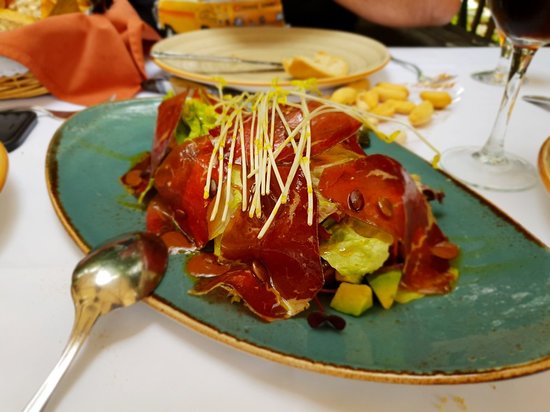 We are a big family that strives year after year to offer something unique. Castilleria is a trendy place located in a nature environment of clean air with the best raw materials grilled. Castilleria tells its history and its landscape on the table; in the flesh, in the wines and in the coal that fuels the fire and give the perfection to the grill.

Went there for a steak dinner and it was just perfect.... The variety of the cuts was great. Although waiters hardly spoke English, they patiently took us to the butcher area and spoke about the different cuts and what would be best to order.
The steaks were perfect.... Grilled perfectly from rare to medium as my friend's preferences.
Atmosphere was nice, hidden among the trees.
Note that the turn to the restaurant from the main road is small and a bit hard to see. So drive slower when getting close to the turn.
Definitely will go back!!! 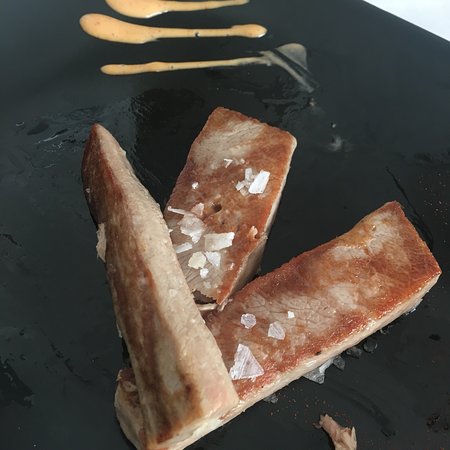 Back here again, three years later, and just as good.... This time reserved in advance and ate at 8.30 /9.00, rather than after 11.00, which suited us much better. Just delicious food though we over-ordered (got completely carried await!) and did have to leave some... The artichokes were tender and outstanding, the calamares delicious, as were the huge plate of patatas bravas, the endive and Roquefort salad and the second but ultimately unnecessary plate of artichokes. The excellent bottle of Ruedo Verdejo helped, and we loved our table outside against the wall as a great people-watching spot. Fast and friendly service too. Highly recommended, but do reserve - and remover the portions are generously-sized...! 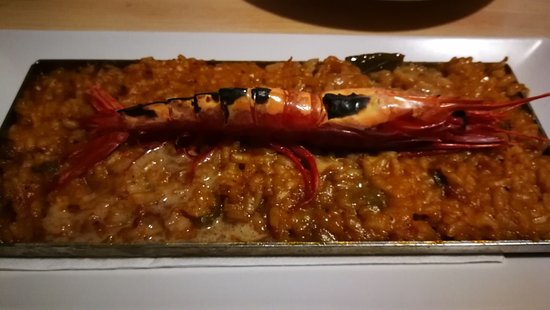 This place closed a few years ago but it has since reopened under new ownership and management and man, what an amazing find it is. The food is out of this world, great service (perhaps not the most knowledgeable when it came to wine but her charm made up for it). Simply fantastic, innovative menu that was a bit daring for the area and I was so glad to see a chef/owner take chances. The building is part of the old convent and it is super cool and almost spooky and since it is above the Plaza España and not in the middle-of-it-all, there is less foot-traffic but I am sure this will change once people discover this gem.
Two drawbacks (obviously not too big otherwise my rating would have been affected):
1. No outdoor Seating but the owner promises once he has the permit they will put tables outside.
2. The music in the restaurant itself SUCKED. It was some sort of easy listening-romantic covers-cd mix that I could have lived without. This place calls for Spanish guitars, either on a cd or live (which would have been cool). Either way, I HIGHLY recommend it. 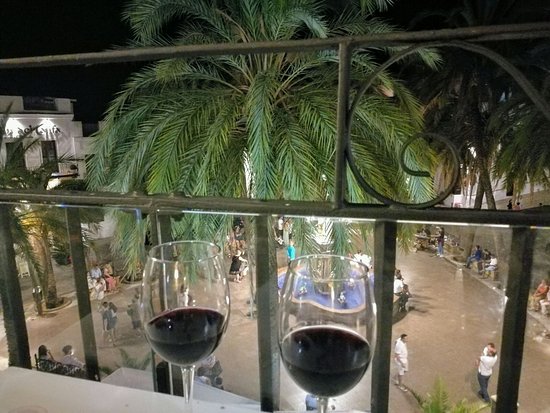 Our Restaurant “La Brasa de Sancho” ideally situated a short distance off plaza de Espana on the iconic Sancho IV street; with its open-air setting Terrace and relaxing atmosphere, our charcoal BBQ Restaurant offers to our visitors to join into celebrating the catch of the day with a special selection done by the Chef Owner – Damian Giraud.Indulge yourself with this classic type of cooking and the unrivalled freshness of our products, come and choose one of the tasty fish like Sea bream, Old seadog, Courbine, Besugo, Red Mullet and Tuna or perhaps try one of our Meat’s lovers specialties that include “Cote de Boeuf”, beef sirloin steak, beef ribs; beef fillet or why not our famous Iberian pork steak. A wonderful and decadent dessert menu with French and Spanish inspired sweets as well as an awarded selection of fine wines spanning from the north to the south of Spain will certainly complete this enjoyable experience!Awaiting your visit soon !!

Chose this spot as it overlooked the square.
Great starter of Avocado and Prawn salad. Very well presented and tasty.
Main: we shared a nice loin cut of beef. Cooked to perfection.
Wine choice: local rose
Staff very attentive. French chap from Sete.
Lovely spot. I heartily recommend for lunch or dinner. and i lovvvvveeeee food 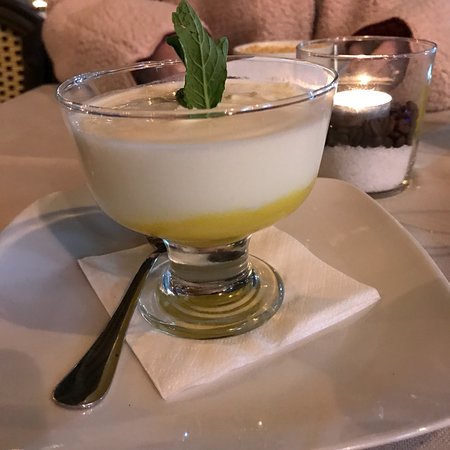 CLOSED UNTIL MARCH 23rd. Califa Tapas is Vejer&apos;s favourite tapas bar. Our informal tapas restaurant captures the essence of relaxed and informal dining with good food and great views from our panoramic Terrace. At Califa Tapas we serve a wide range of tapas recipes not just from Vejer and Andalucia recipes but from all over Spain and extending in to Italy, Turkey and the Middle East. What makes a great Tapa? No more then four to five ingredients, first class locally sourced produce, imagination and a great deal of love and care from out two cooks Susana and Maria del Mar. Our cooks take great pride in their skills and additionally prepare a variety of rotating dishes and desserts each week to make sure every time you visit you will be rewarded with some new and exciting flavours.

The food here was very tasty. However, we ordered a few tapas to share, but I think the waitress must have misunderstood. She took one out, and waited for us to finish it before the next came. We did not realize this until the meal was almost done. So that was a minus. We spent almost 2 hours there for lunch, which felt a bit long. But the food was great! Try the Borek. 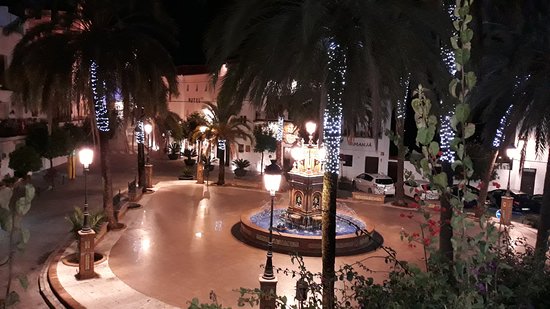 We had a very good meal here - tables on stepped street and indoors, nice ambience. First restaurant we found that had chicken on the menu and it was fantastic - really juicy with a delicious sauce made form the cooking juices/seasoning. Rest of meal equally good and reasonable price. Good wine list.

I had a great starter of seaweed with prawns and octopus followed by some exquisite tuna sashimi. I was a very happy man.
My wife's almond soup to start was amazing but her main was essentially a big cheap salad. A little underwhelming sadly.
But I loved the position and style of this restaurant. Understated cool! 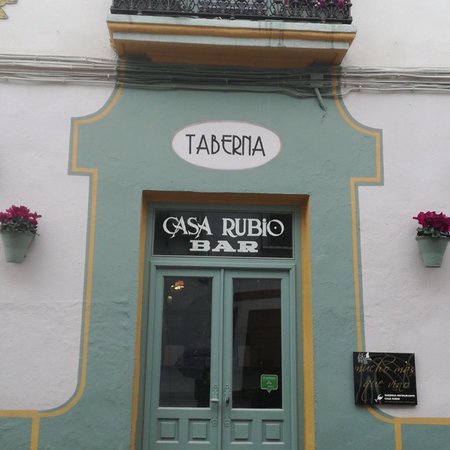 Vejer has now become very touristic, and in line with this, there are numerous restaurants that provide expensive, nothing-to-write-home-about food, but this is certainly not the case with La Oficina. I had the tuna ribs (which I'd never had); it was perfectly executed, with chargrilled vegetables on mash - cooked to perfection. After my enthusiastic appreciation, the staff invited us to a welcome digestif, and when we thought the culinary experience was over, we spotted a wonderful looking cheesecake being lovingly assembled by the efficient, friendly and professional staff for a lucky client, delicately shaving the chocolate on it etc. We had to have it, and it was so good, we even asked the chef about it, whose information surprised us; they had taken the concept of CHEESEcake and really taken stock of the true meaning of the dish; they had used the spectacular cheese from Asturias "cabrales", and not just crème fraiche or philadelphia, which was definitely felt in what was the very best cheesecake I've ever tasted, and the best I'm likely to ever taste (unless I can replicate it at home, which has now become a personal goal! congratulations La Oficina - I'LL BE BACK!