Top Things to do in Torroella de Montgri

Ordered grilled salmon, which was ok, but vegetables cooked within an inch of their lives! Wife had chicken curry: very bland. Definitely struggling to find good food in L'Estartit, and this was no different to others we've experienced in the area unfortunately. We live in hope for tomorrow! 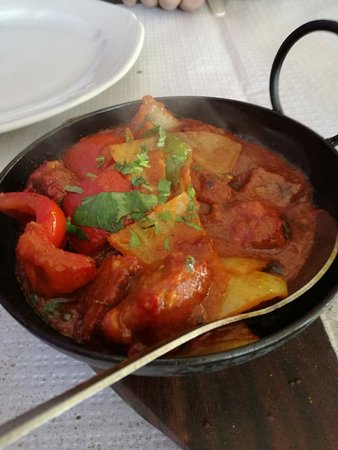 Really good food and wonderful service highly recommend the place was really busy when we visited and they could have filled the restaurant three times over if they had room so would advise booking. The only negative comment I would make is they could offer a greater dessert choice. 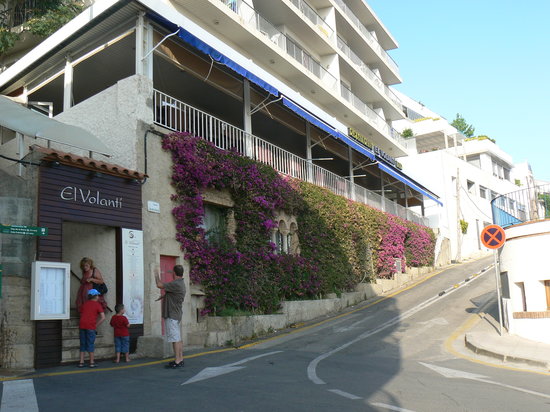 i ordered entrecote steak at an extra cost of 4.50 euros extra.If this is spain's idea of an Entrecote steak then it leaves a lot to be desired,60% was fat or bone,in fact steak looked like a very ragged small t-bone. Desert was a joke, canned squirty cream with a few walnuts flung on top and a plastic portion of breakfast honey,served on the side of the plate It had a fancy name.Cant remember it.This place looks inviting on the surface but beware.Come to think of it i did not have one memorable meal in my stay in l'estartit. 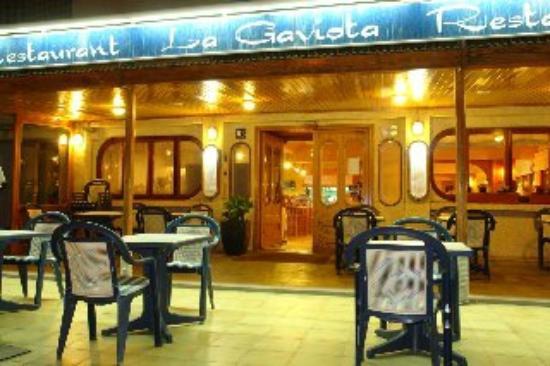 Reviewed By Charles A - De Mortel, The Netherlands

During our stay at a resort we were looking for an good seafood restaurant. Follow Tripadvisor we ended up here with the grandchildren. Great how they react on small children, that is really a plus. The food however had not the quality we expected. The Zarzuela had calamares that you could use for shoes to walk on. Never had a Zarzuela that bad,
In their favour we could say that the real season had not started yet. The wine however was great .
The reason we looked for a restaurant outside the resort was the quality of the food.
The clams hsd a good taste but the " home made " crema was probably not that " home made ".
At least we know now where not to have diner. 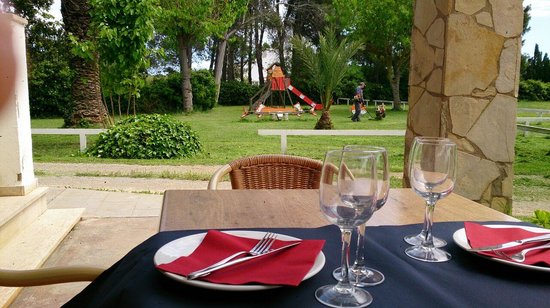 We try to come here every year for a big rice meal. The rice is a soupy broth with lobster and a ton of flavor. They also have excellent mussels and a nice wine list. The kids can go jump and play in the pool while we relax with a coffee or whiskey afterwards. Beautiful setting and the drive through the fields to get there is picturesque. 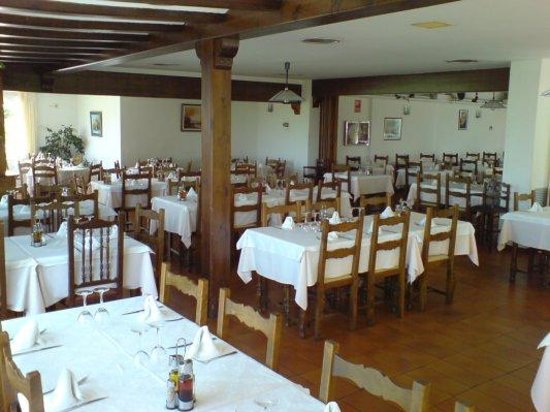 We booked what I thought was a day trip but turned out to less than an hour in Montserrat! Three hours travelling with an incompetent guide who talked nonstop in poor English until I wanted to hit him!!
Montserrat itself is worth visiting but can be very very crowded! Choose your time carefully!

1st ever visit to N'Gruna, usually walk on by as the time we have usually eaten with the kids is either earlier than they serve or before they get busy so it's put us off, but we ventured there this holiday on a recommendation.
We sat on the opposite side of the road as we had our dogs with us, this didn't hamper anything, as service was great, especially the lady on front of house she was fantastic, so pleasant and friendly, took her advice on our main dishes and was not disappointed.
Menu had plenty of things for any taste, our kids opted for a few tapas selections (chicken wings/crispy prawns) and they were very happy.
Definitely recommend this place and return visits when next in L'Estartit are on the cards.
Prices are good and presentation is very good. 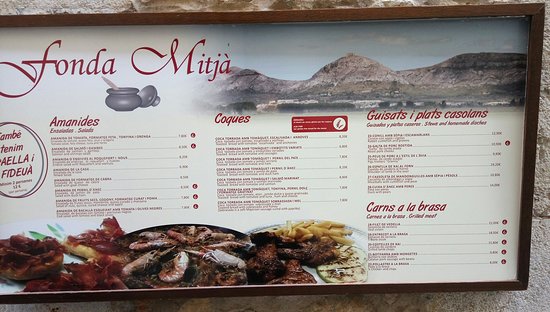 This establishment has been in the same family for over 80 years and the walls are proudly decorated with pictures of earlier generations.
The food was really hearty and probably the closest to real Catalan home cooking we had in our 2 weeks in this wonderful part of the world. We ate the 20 Euro dinner menu but there was a cheaper menu as well and a la carte too. The highlights were a roast veg and goats cheese starter, grilled cuttlefish and slow-cooked pork cheeks. We finished with a great crema Catalana and it was all accompannied by local red wine.
Service was efficient and freally friendly from someone who was rightly proud of her business and heritage 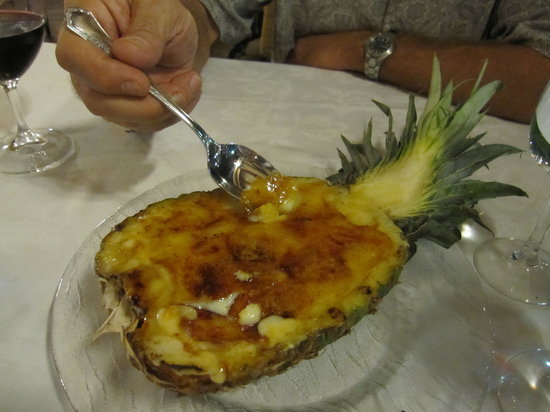 Situated in the center or a medieval town, this nicely restored restaurant serves traditional Catalonian food with fairly prices. The menu selection can please the most varied palates. The atmosphere is great with indoor and outdoor Seating.
There is a nice museum in the premises with artifacts from XIX century very well preserved from the countryside life.
The only complaint that I have is the service. Slow, inattentive and almost unconsidered. 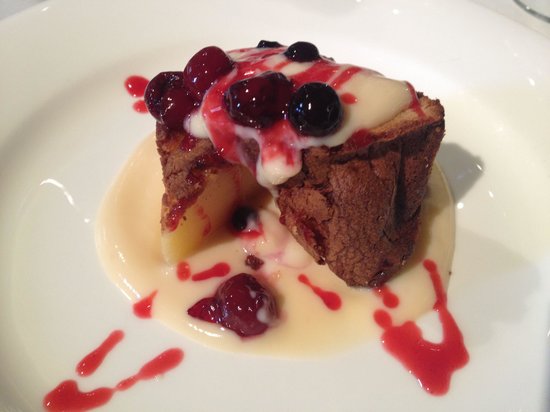 We visited here in September, after seeing the glowing reviews on trip advisor.
We hadn't reserved a table, but they had table's free when we arrived.
Upon our arrival, you are welcomed by a beautiful, and tasteful decorated chateau. The restaurant is air conditioned.
We waited a few minutes for the waiter to come to us, he was dealing with another english couple, and was speaking englsih very well. Then he eventaully came to us, and gave us the menu. The menu was available is several languages.
We decided on the menu, sadly I have a seafood allergy, not the kind that would put me in hospital, but one that would put me in the loo, in pain for several hours!! I'm sure you get my drift. Anyway, all the starters had some sort of seafood in it. When the waiter came back, i asked if he spoke english, he said no, yet 5 minutes ealier he was speaking it very well. I asked if he spoken french, he also replied no. I tried my best to explain my allergy, and asked if I could have the goats cheese and salad without the prawn's because of my allergy, he said yes.
10 minutes later, a waitress brought us the starters, mine with prawn's, again, i explained i was allergic, she left my fiancé with his starter, took mine back to the kitchen, where i waited a further 10 minutes for my starter to come back out. Having taken 10 minutes, I thought that they had redone my starter. NO!! They had early taken the prawn's off the plate, and left the pinky residue on the plate. I couldn't eat this!!
For the main I had pork strips, all4 of them, which were burnt. My fiancé had duck confit, which was also burnt.
The desert was a tastless spanish version of cheesecake, with a ferroro roche icecream. The icecream was the only good part of the meal.
The waiting staff were extremely rude throughout the evening.
Don't believe all the hype from the other reviews. If you want a good restaurant, go les coroness in estartit.