Top Things to do in Titisee-Neustadt

Independent Black Forest locales dating back to medieval times, in 1971, Titisee and Neustadt (along with Rudenberg) banded together to form Titisee-Neustadt. (A few years later, nearby towns Langenordnach, Schwärzenbach and Waldau also joined the union.) Long known as a spa town, Titisee sits on the banks of the lake of the same name. Legend says the name came from Roman Emperor Titus, who was so taken by its beauty that he named it after himself. The area is great for hiking and winter sports.
Things to do in Titisee-Neustadt 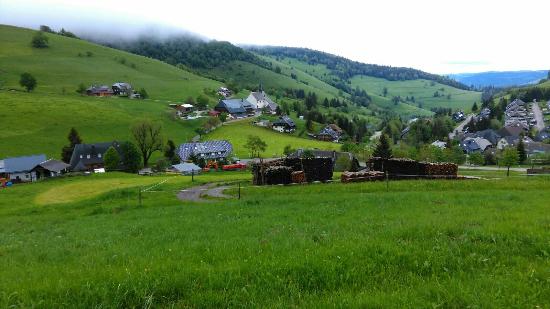 We really loved the place. It is a family owned restaurant, even grandson helps around. It looked typical german. The food was very good!! Local food and very reasonable price. We had live German music, the 2 old men knew how to entertained the (old) crowd. Although we were the youngest couple, we would definitely come back! 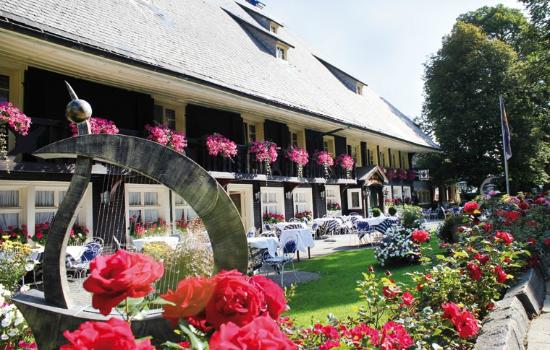 Under the roof of the historical Black Forest building that dates back to 1639 you find the 2 restaurants belonging to the 5-star Boutique-Resort Parkhotel Adler. This beautiful hideaway is run by the same family since 1446 and belongs to the "Small Luxury Hotels of the World". The rustic "Wirthus" which is opened daily as by midday offers a selection of typical local dishes The elegant fine dining restaurant "Marie Antoinette", opened daily as by 6 p.m.you are offers delicious refined dishes based on the Black Forest cuisine, seasonal menus and creative culinary highlights influenced by the nearby Swiss and French kitchen.

Wonderful chef ! Young and creative
Duck breast and venison was done to perfection ! We had an awesome waiter. Friendly and attentive!
We thoroughly enjoyed it. 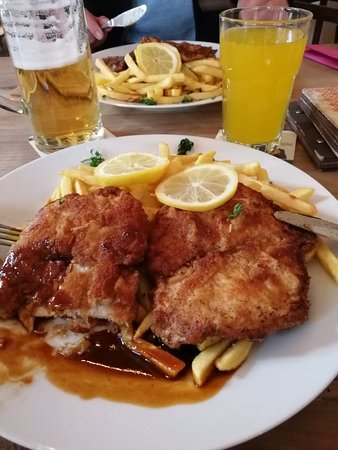 We found this relatively small restaurant, "hidden" in a narrow side street, while looking for something a bit less traditional than many "Gaststätten" in the area. We've been not disappointed: very good and tasty food, with creative menu entries from the local cuisine (e.g., Teigtaschen with marron glace`). Friendly and very attentive servers. Highly recommended if you're in the area. Not overpriced. 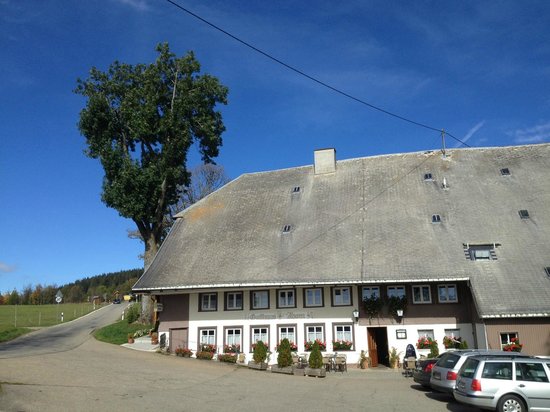 We loved our dinners at the place. Our server helped us with the German menu. We chose the venison stew. It was so good! This is obviously a popular restaurant with the local people. Everyone was having a good time. The chef came out to ask us if we liked our meal. We told him it was THE BEST! 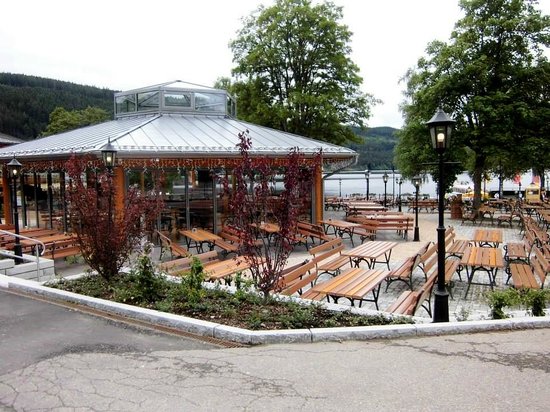 The place is a bit better than average but not "very good"...let's say it's good.
I took the fish, good quality, large enough portion, served with salad and fires or potatos.
a friend took the steak which came with a load of beens, carrots which tasted as canned food. there were sooo many of them that it simply cut the apetite. but else the meat was good and the rest of the food is good. 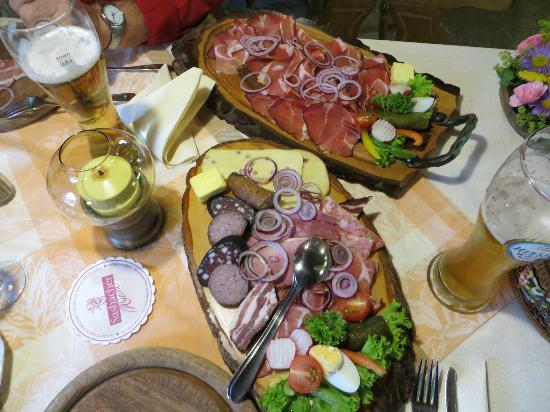 would never have discovered this place without a Trip Advisor recommendation...
tucked away on a back road a guest house with restaurant.... beautiful setting in the woods.... actually driving time from Hinterzarten where we stayed not very long....but definitely off the beaten path...
place was closed the first time we went - do check on opening days and times.... next time it was packed.... locals, tourists - excellent food, reasonable prices - perhaps the best Black Forest Cake we had during our stay there.
service was fine... lovely St. Bernard to greet you but not beg for food... a gem of a restaurant and would gladly return if given the opportunity. 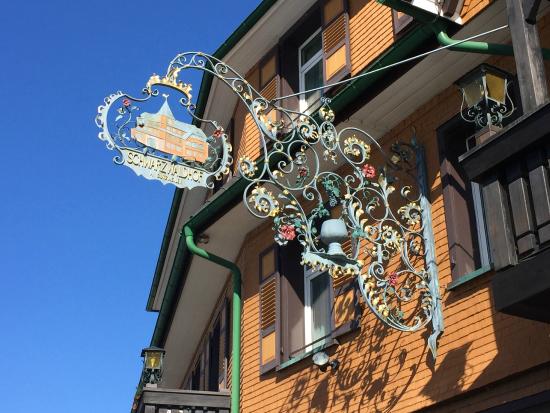 We stopped here for lunchtime during a tour of the Black Forest. The hotel restaurant appears to be popular with tourists and locals and was very busy for mid-week. The menu was varied and included the usual German staples and some local dishes. We opted for a schnitzel and a local pasta dish of Maultaschen in a vegetable broth. Both were very good and the service was excellent. We will certainly be back when in the area again. We had dinner here and found the atmosphere very pleasant. The restaurant itself was well set out and presented. The staff were very friendly and helpful. A good mix of international and traditional choices on the menu. The meal itself was well present and very satisfying. Overall is was a very pleasant and enjoyable meal. 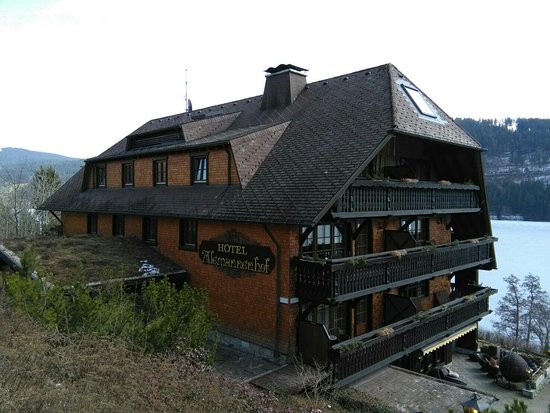 Crossover. Fusion. Regional. International ... In the kitchen of the boutique Hotel Alemannenhof we put all our eggs in one basket! But ... we only allow food that taste good, like wasabi cream on cucumber and chilli soup! We also do classic dishes (trout with cranberry sauce) - but always with refinement and respect for the ingredients, which we perfect in our kitchen whilst keeping their natural flavours.

We spent one night in Titisee and stayed at the Alemannenhof. We had a very large three bedroom apartment with spectacular views over the lake- a short walk from the actual hotel and restaurant. The food at the restaurant was very good - friendly staff, and breakfast (included in our room rate) was also terrific. Highly recommend this hotel and will return!