Top Things to do in Thiruvarur

Thiruvarur (Tamil pronunciation: [θɪrʊvɑːruːr]) also spelt as Tiruvarur is a town and municipality in Tiruvarur district in the Indian state of Tamil Nadu. It is the administrative headquarters of Tiruvarur district and Tiruvarur taluk. The town was one of the five traditional capitals of the Chola empire, with one of the emperors of the dynasty, Kulothunga Chola I, having it as his capital. The town is believed to be of significant antiquity and has been ruled, at different times, by the Medieval Cholas, Later Cholas, Later Pandyas, Vijayanagar Empire, Marathas and the British. The town is known for the Thyagaraja temple, and the annual chariot festival held in the month of April. The temple chariot of the Thyagaraja temple, weighing 300 tonnes (660,000 lb) and measuring 90 feet (27 m) tall is the largest temple chariot in Tamil Nadu. Thiruvarur is the birthplace of Tyagaraja, Muthuswami Dikshitar and Syama Sastri, popularly known as the Trinity of Carnatic music of the 18th century CE.
Things to do in Thiruvarur 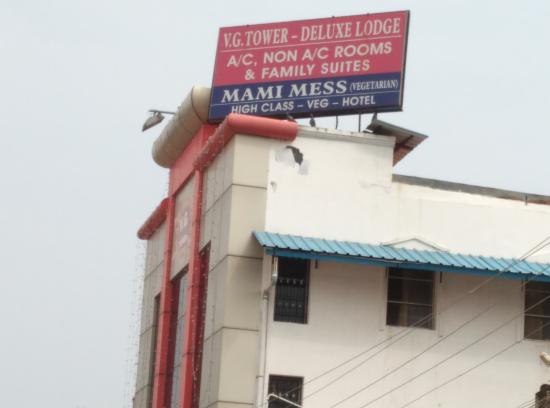 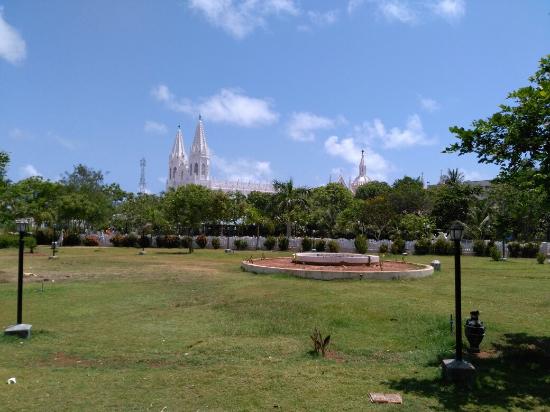 One of the best south indian restaurants in Velankanni - value for money. Good food.

Place is mostly crowded with people all the time because of the food they serve. Good is very much delicious, fresh and very much local. One will have to wait to get seat during peak hours.sup Breakfast and lunch time mostly crowded. Quantity of food served is good which the locals like and also plenty of extra toppings one guy well keep on giving till you tell him to stop. 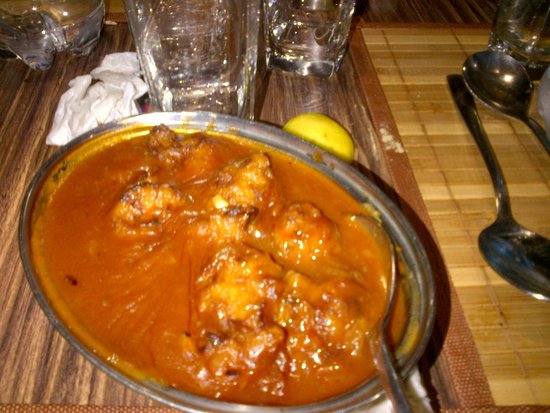 this is one of the good restaurant in Velankanni.tandoori awesome here. punjabi and Chinese food also avliable here. 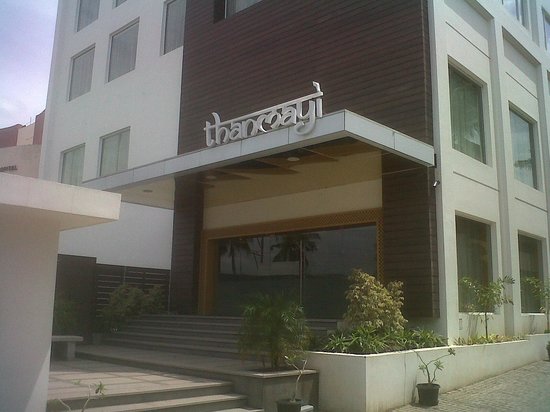 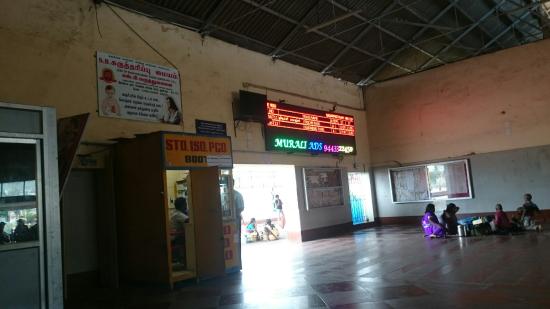 This restraint at busy Bazzar st at Nagai, is famous for veg only resto. This is a small place, with bit decent appeal.Their parottas and special Dosas on evening are their signature items. Their Idly sambar and kotthu parottas with side kuruma and masala milk at night are welcome combo by many in Nagapattinam. We had our dinner there on Dec 11th 2017 and as usual our women folks slurped up parotta combo and Rava dosa with masala milk.
I had idly sambar and special Masala Dosai ( combination of potato,tomato, green peas,etc)-it was bit spicy compared to their regular tastes. Prices are medium range,as always. GST did not affect their prices.
Main problem here, no parking possible, since the bazar road itself is very narrow and almost all shop owners spread their ware , making the road still narrow. 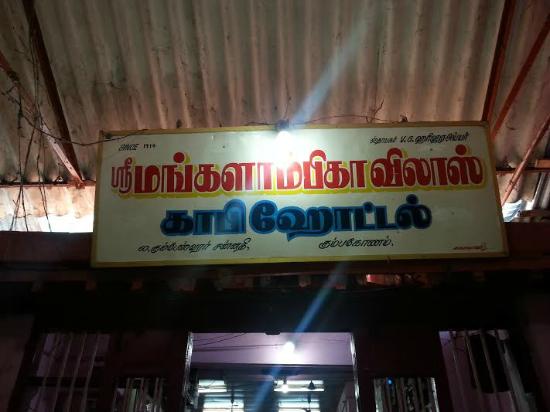 It is located in a corner of the adikumbeshwarar temple complex !. Run by Brahmins, it has a very simple and rustic appearance. But appearances are deceptive and the foods served there are really excellent !. I had a relish of the soft and fluffy tasty idlis with chutney and podi dosa. Excellent. Coffee is also really good and the whole experience offers value for money !. Excellent taste, i can say and homely food wihtout any trouble for the strained travellers stomach !. 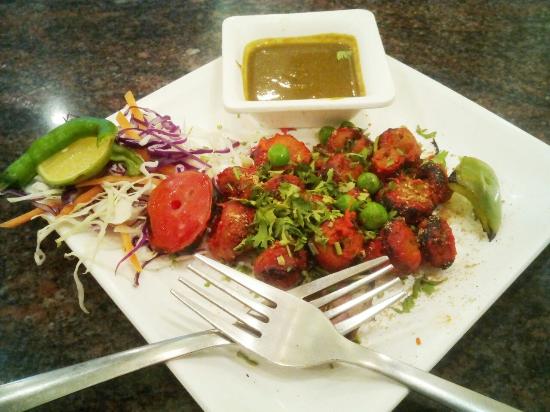 The ambience is cosy,service excellent.Had ordered potato fries which was yummy followed by Mushroom manchuri-very tasty followed by schezwan noodles and paneer rice which was not so great.The bill was Rs 470/- which was economical.Recommended to visit once.Their specialty is 104 dosa varieties which we don't try and they claim to operate in some 10 countries.
Tried having breakfast by 10 am in morning but still they were not open for business 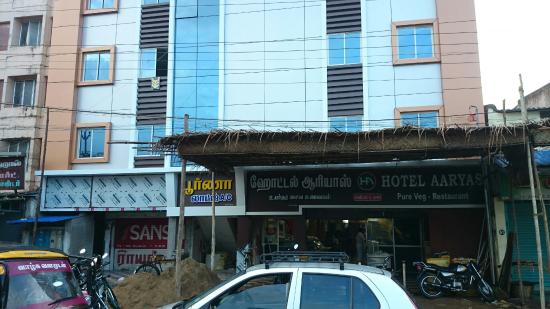 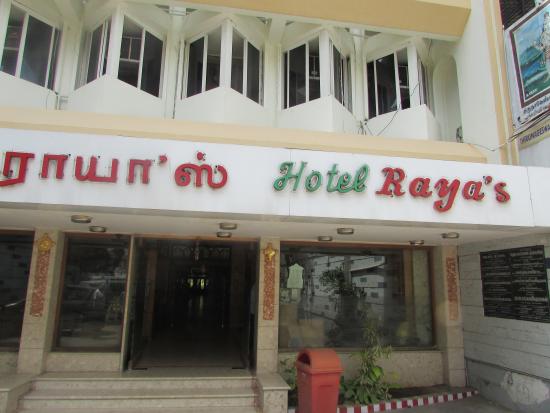 From Nagapattinam after visiting Many temple we reached Kumbakonam all the temples were closed after midday Pooja.We decided to take rest in a hotel attatched with vegetarian restaurant and start darshan in the evening.Finally we landed in this Raya's hotel.The book about the temples near by Kubakonam is of immense help.The Non veg restaurant is attatched with the lodge but vegetarian Restaurant is available at the end of parking lot.

There are two entries for this one restaurant. We three brits looked up TA for a restaurant close to our hotel Nandha. Luckily we changed our minds and went to the unlisted Grand a few doors north. The perils of walking in the street. The next evening we definitely decided to try it. My friend was convinced he had seen the centre just north of the hotel so contradicting the TA map. We asked the security man and he pointed us north! We went, we found the centre and entered. Everything was closed. The security Nan confirmed the restaurant was upstairs but it was closed. I could not understand everything he said. Maybe closed at 6? It was 8pm. Confused we left and went south finding the Hotel Moujahir restaurant Vandana Grand. Good food so far! Using hotel's wifi.