Top Restaurants in Stourport on Severn

Top Things to do in Stourport on Severn 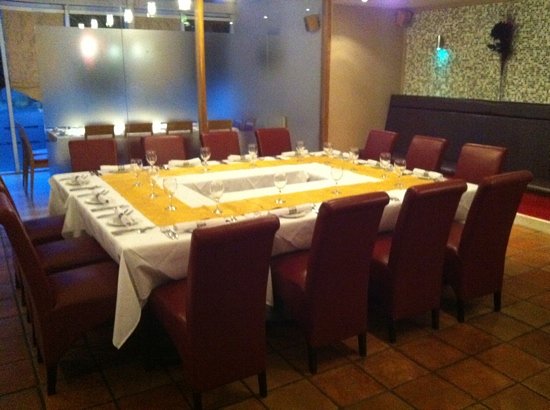 We stumbled on this restaurant quite by accident but we very pleased we did.
Wonderful food especially the starters and the rice - cooked to perfection. Will most definitely be revisiting again, especially sundays and mondays 4 courses for £10!!.....amazing
thank you for a lovely evening :) 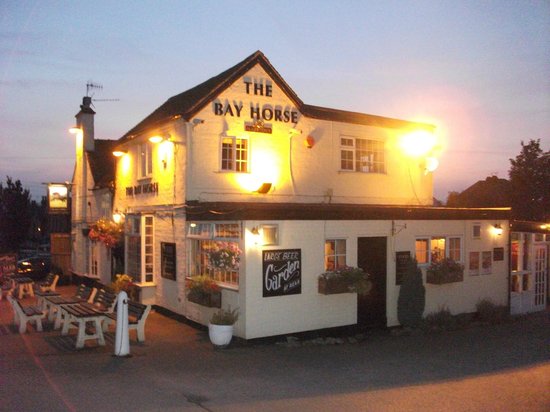 Visited here on Monday lunchtime with my family. We were made very welcome. We all ordered different main meals which were delicious and plentiful. The desserts were also varied and there was ample choice to mix and match with custard or ice cream. Thank you for making us so welcome. We'll certainly be back! 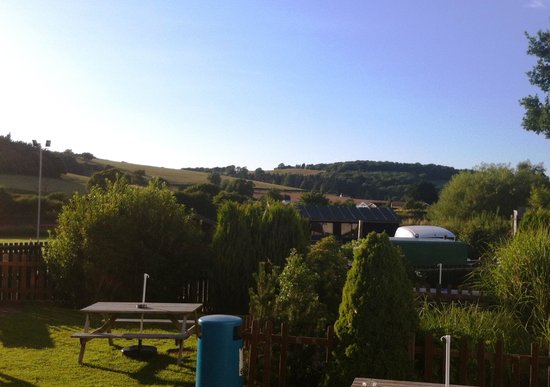 After hearing through the grapevine for the last few months that you've been closed it was a welcoming surprise that you're now open again! We were driving past and noticed people inside, so came in for a bite to eat!
The Sunday lunch was great, and we're excited to see a new manager who's hopefully going to bring some life to the place. We were told about the new menu being brought in next week, so we will be back to try that! All in all, fantastic lunch time meal for reasonable price. 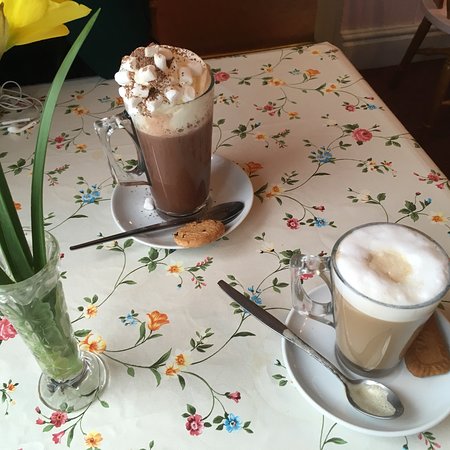 We took a relative with walking difficulties for an ad hoc afternoon tea; having considered several tea rooms which advertised "afternoon tea"s as an inclusive package. Although Blossoms does not market "afternoon tea" as such we decided to go and effectively design our own package.
We phoned to inquire about parking and were told that the nearest car park was about ¼ mile away. when we explained the mobility problem the proprietor kindly said that if we tell him when we'd be arriving he would remove their A-board to allow us to park in front of the premises. This worked out extremely well.
We chose a selection of different sandwiches to share which were freshly prepared for us. It was nice to have a pot of real (loose) tea complete with strainer and top-up hot water.
Most of the cakes were "home-made". The beautiful scones came with a separate serving of jam and a generous mini-dish of clotted cream.
There is also a range of hot cooked-to-order "English breakfast-type" food on offer including sausages from a local named source. They proudly display a maximum 5 food hygiene rating from the local council.
Be aware that they do not accept card payments. 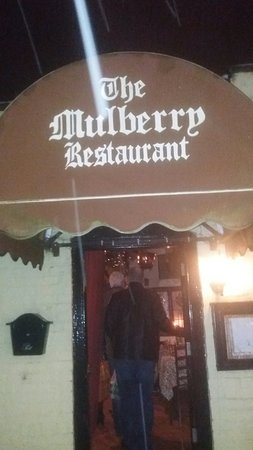 Two of us went for Christmas lunch on Sunday 2nd December, every table was booked, very cosy, quirky with low Xmas music, plus you can take your own booze. Excellent lunch selection covering the festive period.
We both had different starters, and main courses, lovely vegetables, all nice and hot, struggled to choose a sweet from a excellent sweet trolly, all freshly made, my sherry trifle was lovely I had a second sweet, no extra charge, will be going again

Namaste Indian Eatery will take you on a culinary journey across the Indian sub-continent to present a superb combination of vibrant and delicious regional delicacies.

Always friendly when we turn up and you always feel welcome. Great choice of Indian food to choose from and you can eat in or takeaway. 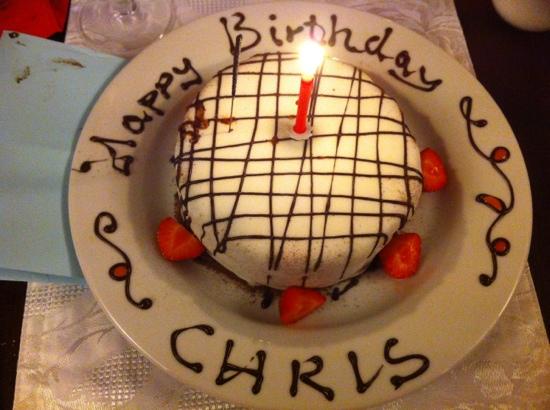 As we couldn’t eat at The Swan in the high street because of a private function, we decided to try this out. Well it was a great gift. The food was wonderful, tasty great healthy portions and reasonably priced.
Now that we’ve discovered it we will be back for sure.
Only one small thing, the decor is a bit old-fashioned. 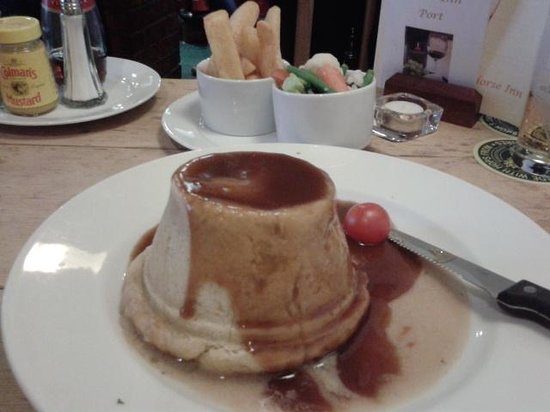 I have been going to TLPH for a good few years now and it's consistently great.
There is one (and could be a massive problem for some couples) issue and that's there are no high chairs. The bar area to be fair isn't the biggest, we dine in there as we take our dog along, so perhaps a room full of high chairs wouldn't be practical, but still, one or two would help.
Anyhow, onto the food!! Amazing! My wife had roast beef and I had roast crown of Turkey and it was yummy! Ample veggie to accompany, plus colliflower cheese!
Great selection of ales (proper job, town crier) plus largers.
Keep doing what your doing and don't change. Thumbs up!! 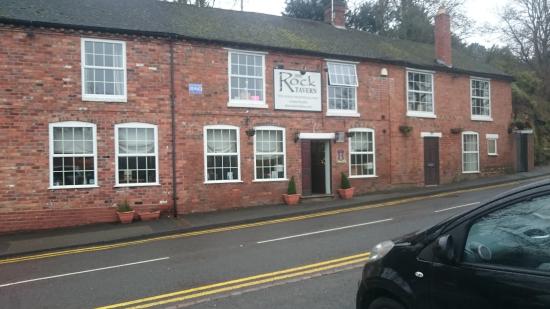 My family went here for dinner on the 6th of January to celebrate my Mum's birthday, as we'd heard good things about it and were interested by the menu when we looked at it online, because it had plenty of options for my fussy younger brother (and for all of us), which were further extended by a selection of specials. We'd booked for six o'clock (to give us time to spare for a journey back which could in theory take up to 45 minutes), but actually arrived at about ten past five, and admittedly it was quite quiet (although not so much there was no atmosphere), but they were happy to accommodate us then, even though we were so early. The staff were very friendly and efficient in general, and we had the same waitress for the whole time, who was great and very helpful (even in the face of my dad's silly questions). We ordered main meals, and these came so promptly (within half an hour, probably?) that my Dad and I were exploring the cave at the back of the pub when they came so my Mum had to come and fetch us. The portion sizes were very generous, and we were pleasantly surprised to see that this extended to the accompaniments as well, in that there was what my dad calls a 'proper' portion of vegetables (lots of places we've been to either don't have vegetables as an option at all, or just the obviously frozen-bagged selection of carrots, peas and broccoli), which is to say of a good size and variety. Also, I had the Chicken and Gammon BBQ stack (which was a grilled butterfly chicken breast and a 5oz gammon steak with BBQ sauce and melted cheese) and both this, and the 10oz gammon which my mum had, came with grilled mushrooms and tomatoes, a salad garnish and peas, and we had ordered two portions of side salad because we weren't sure what the vegetables/salad with the meals would be like, which meant that, as they were as generous as they were, we ended up with almost too much, really, but we know now for the future, and as our waitress said, better too much than too little! My brother had scampi, which he said was very good, and my dad one of the specials, baked salmon with hollandaise sauce, which he said was perfectly done, as was the meat that my mum and I had, and all in all the meals were very tasty and enjoyable. The pudding options also sounded very good, but we found that we were unfortunately too full after our main courses to be able to try any of them, which was a shame. However, we will definitely be returning, hopefully before too long! 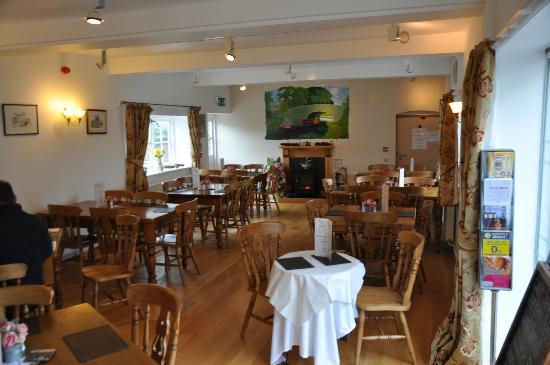 We'd come to Stourport to see the canal basin and called in for coffee and lunch. Ordered and paid for the drinks (surcharge for paying with a card!!) first and were told they'd bring them to the table.Ten minutes later we were still waiting. There...MoreThank you so much for your feedback and If your order had been forgotten I apologize!