Safranbolu (Greek: Σαφράμπολις, Saframpolis) is a town and district of Karabük Province in the Black Sea region of Turkey. It is about 9 km north of the city of Karabük, 200 kilometres (120 mi) north of Ankara and about 100 km south of the Black Sea coast. The town's historic names in Greek were Theodoroupolis (Θεοδωρούπολις, i.e. city of Theodorus or female Theodora) and later Saframpolis (Σαφράμπολις). Its former names in Turkish were Zalifre and Taraklıborlu. It was part of Kastamonu Province until 1923 and Zonguldak Province between 1923 and 1995.
Things to do in Safranbolu 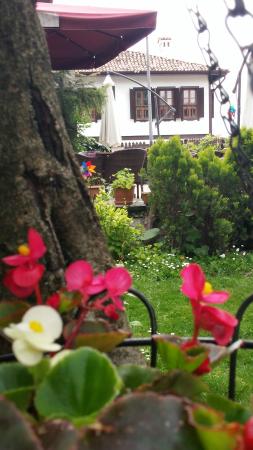 Visitors to Safranbolu now have a bonafide contemporary dining option that delivers on thick steaks and creamy pasta dishes. Service is more aloof than elsewhere in town, but the alluring wall art, multi-purpose exhibition space and extensive wine menu make this a long overdue change from Ottoman-inspired dining.

A bit of a climb up a side street just past the 'house museum', one of the few restaurants that serves alcohol. We visited this place twice during our stay in Safranbolu. The service was excellent and the food delicious on both occasions. As the...MoreMerhaba, Mekanımızı tercih ettiğiniz için teşekkür ediyoruz.Güzel yorumlarınız ve önerileriniz bizi mutlu etti.Yeniden görüşmek dileğiyle.. 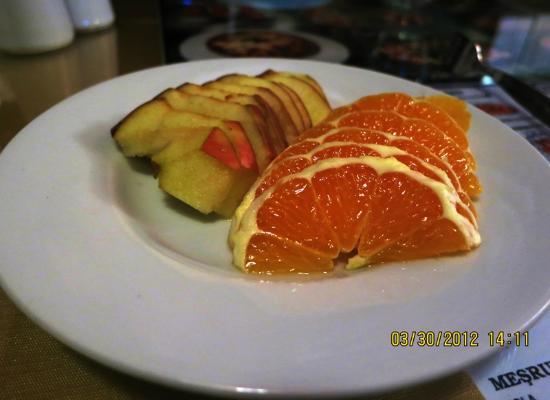 I joined a tour group from Taiwan. Since they were our first lunch and dinner experience in Turkey, we didn't really know what to expect. According to Lonely Plant, this place is local’s favorite, but it seems to me more of a tourist groups' meal stop; however, it might be just so during the off-peak season. When we arrive at this restaurant in Safranbolu, it was actually kind of dead. I only saw a couple came in before we left. I didn't think they were locals. I did see few other tables were set up and ready for more tourist groups to come.
While the placemat on the table set my expectation high up, our meal, since was covered by the tour, was an usual 3-course meal: pita bread and soup, main course, and dessert. The pide/pita (more like Lavas - pronounced Lavash) bread came with a sauce bowl of yogurt. The Corbasi (Chorbasi) - lantil soup - was a little to watery and salty - concensus of the entire tour group. However, I do have to say that the Karniyarik (stuffed eggplants with ground beef) tasted really good. It was grilled with tomato and green chili. The green chili actually had some kick to it if you ate the seeds. It's a bit heavy on taste bud if you are a light meal eater, but they do provide a plate of lamb-fat stir-fried pilav/rice. Turkish people don't seem to like plain steamed rice. The dessert is not baklava or anything one would fancy, but a plate of partially oxidized apple and orange slices. That, however, may just be the norm for escorted tour groups' meal deal, I later found. While my food experience there may not speak for a regular solo traveler, this can certainly be a guide for you future escorted tour members.
I forgot to record the price of meals there, but I recall that getting one baklava for dessert is 6 TL
Not much of service experienced, since the menu was preset by the travel agency. However, waiters were friendly enough to answer my questions when I kept on bugging him on finding out the name of that eggplant dish. =)
The restaurant has a beautiful courtyard where you can oversee a nice view of the Safranbolu. I certainly encourage readers to set aside some time to enjoy the view and take some pictures! Walking down the restaurant is fun as well. You will fall in love with this town, just like that. 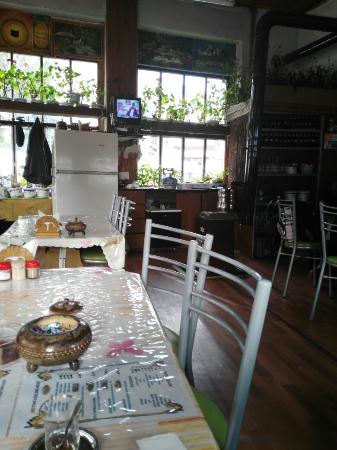 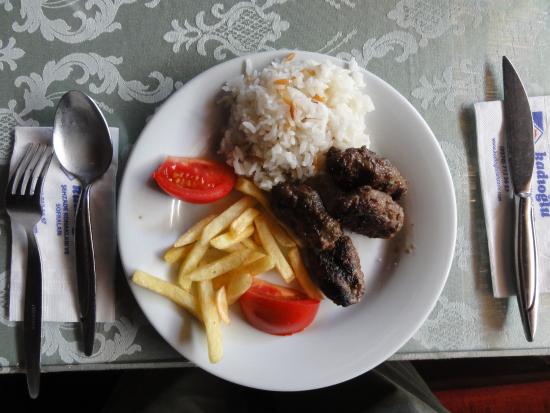 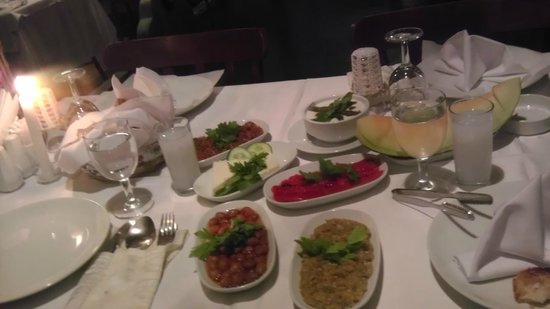 Reviewed By Y I - Kiev, Ukraine

Restaurant has recommend by Mr. Erhan (co-owner of Raşitler Bağ Evi) Mr. Apti (owner of restaurant) came our hotel, took us, gave short information about city/history while driving us to restaurant. He and his restaurant workers are extremely helpful, advising and cookings were very delicious....MoreTeşekkür ederiz. Genel Koordinatör Abdi DAYAN 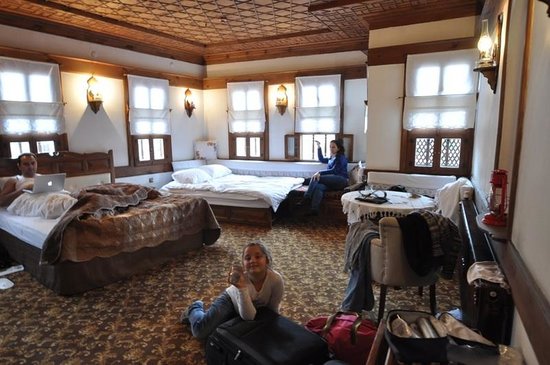 The mansion, wich was offered to the service of tourism with in the body of Imren Lokum that is one of the oldest and most famous Turkish delight producers of Safranbolu, is one of the significant large mansions of the region. It is renovated in line with the style of its own period and a pleasant accommodation stop is created by adding modern details. Traditional ceiling decorations, wooden cabinets, sofas looking at the panoramic view from the local windows with black covers blocking the light enable you to breathe in the fascinating authentic atmosphere of Safranbolu. It is located at the center of impressive Old Safranbolu in the appearance of an outdoor museum. It is close to all attraction sites and you can walk to all dining, shopping, entertainment facilities from the mansion. The mansion offers a delightful holiday with its architecture, rooms, restaurant with fireplace and Fountain, yard, garden, warm and caring employees.

The meal options were limited but our choices were excellent. The Turkish Ravioli and the stuffed grape leaves were delicious. The restaurant is charming with lots of eclectic decorations. And while it looks like it's going to be expensive, the prices were extremely reasonable 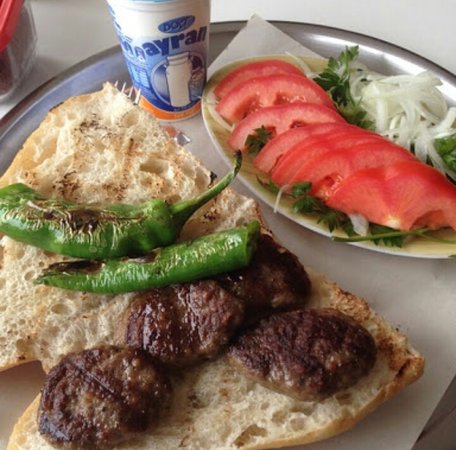 Excellent köfte, excellent taste, extreme value for money. Centrally located in downtown Safranbolu. Few number of tables and seats yet it's worth waiting. 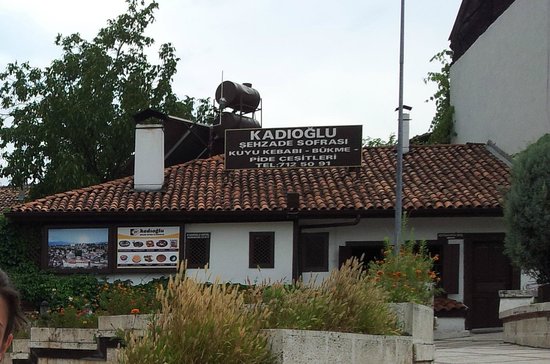 If you want to enjoy the local dishes this is the place, there are also many other restaurants that serve local delicacies, we also enjoyed our food in this restaurant. 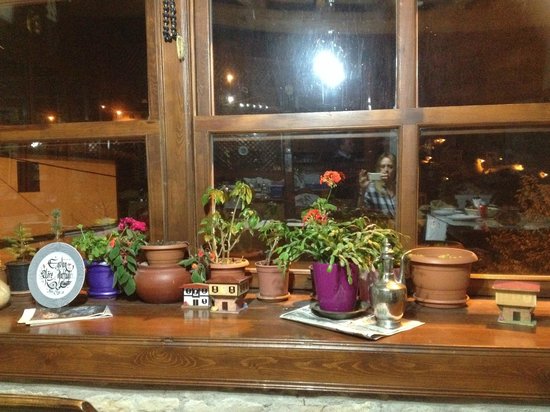 Local tastes, delicious. A location owned by a husband & wife team. Very modest but very tasty. Another advantage, this is one of the several places you can find open until 11PM. If the weather is nice, the little garden is pretty cute. 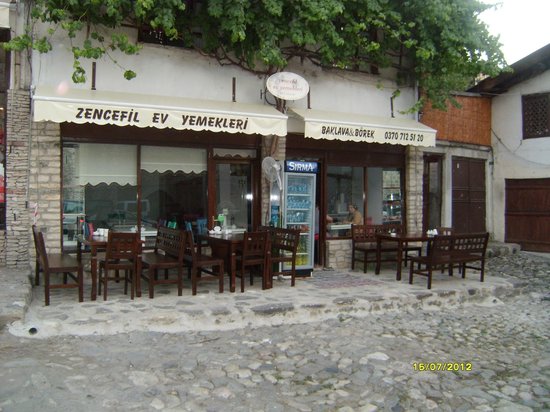 Delicious take on local specialities cooked right in front of you in open kitchen. Opens out onto square behind the caravanserai. Highly recommended!