Rugeley (/ˈruːdʒli/ ROOJ-lee) is a historic market town in the county of Staffordshire, England. It lies on the north-eastern edge of Cannock Chase next to the River Trent, and is situated between the towns of Stafford, Cannock, Lichfield and Uttoxeter. At the 2001 census the town's population was 22,724, (including the Brereton and Etchinghill wards). increasing to 24,033 at the 2011 Census. Rugeley is twinned with Western Springs, Illinois and in July 1962 the towns made telephone history on national television when the chairman of Rugeley Urban District Council made the first telephone call via the new Telstar satellite to the Mayor of Western Springs.
Things to do in Rugeley 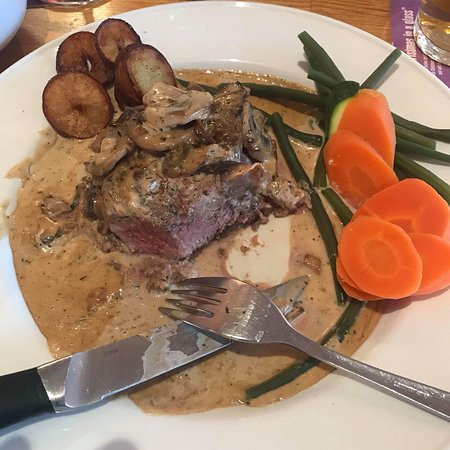 We are a family run bar/restaurant serving freshly prepared authentic Italian cuisine located along the Trent Mersey canal, where you can dine &apos;al fresco&apos; weather permitting. We have a set menu available Monday to Thursday, a main menu available all day every day plus a tapas menu served between June and September then a seasonal lunch menu replaces the tapas menu during the cooler months of the year. We also serve traditional Sunday roasts plus we have a live vocalist every Friday evening from 8pm. We cater for all occasions and dietary requirements. We have a large car park plus disabled access and facilities. Please note that the opening hours stated are the times we are open for food, however, our bar is open until later for drinks.

We happened upon this Victorian building with faux purple Tudor wood without high expectations to be met with Giuseppe, the Italian chef and had the best Italian meal!!
He asked what we liked, fish, pasta etc recommending dishes to it taste.
The kids had lasagne which Giuseppe recommended, they had it with chips and authentic garlic bread (chargrilled and rubbed with garlic, yum) and they ate it all...took my 9 year old a good 30 minutes!
My husband had fillet of steak with amazing potatoes and fresh veg, he said it’s the best Italian steak he’s ever had.
As a veggie I had a creamy pasta which was delicious!
The decor overall isn’t the best but do not be put off this place is a great find!! The canal runs behind it with private moorings for visitors to the Plum Pudding. After our meal we sat outside watching the narrow boats go by, just a perfect afternoon.
We live an hour away but we’ll be back!! 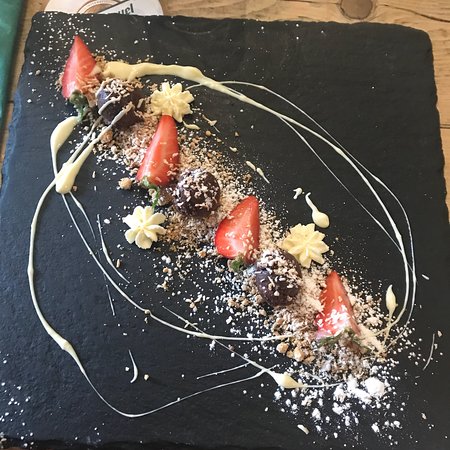 My husband and I ate here last Friday, first day of new menu I had halloumi starter, house burger to follow, my husband had soup followed by vegetarian parcel, all very tasty and good wine and beer too Friendly staff, look forward to returning soon Past this many many times over many many years and decided to give it a try. It was mid week and I ordered a takeaway. The venue was more or less empty on arrival to collect my meal but looked very spacious and well liked.
The takeaway was amazing, the staff were friendly and the entire mass of food was lovely.
I'll be going back to eat in soon as it was very memorable meal 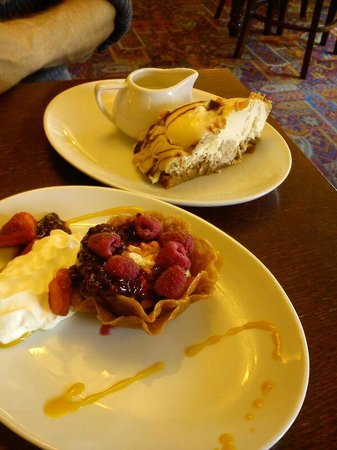 We went there just yesterday for Sunday Dinner to celebrate my Nephew's 21st..... WOW! WOW!! WOW!!! The only way I can describe it. I have NEVER seen four ladies run such a busy service with such polite, attentive charm. They were professionalism personified! Two of these girls were "Under 18" and so unable to physically pour alcoholic drinks behind the bar. Nevertheless, they managed all customers' needs with exquisite aplomb........WELL DONE ALL
There were chicken, beef and lamb on our collective plates and NOBODY WAS DISAPPOINTED!
It was an extremely busy afternoon and I hope your efforts were duly rewarded......you ALL deserve praise! Keep up the great work and we WILL be back. 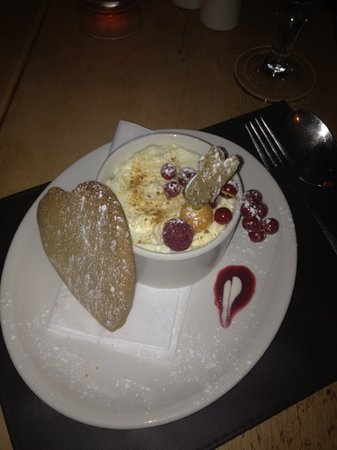 Very friendly staff. Meal was well presented. Good choice of menu. food was served hot and 4 empty plates returned. We will be back in the near future. 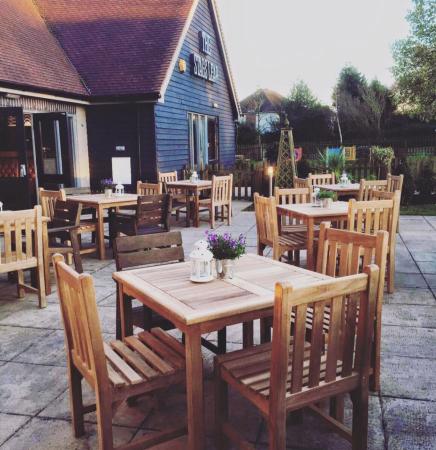 We are a beautiful pub serving food, we have the most beautiful Gardens that are perfect for Al-Fresco dining in summertime. We are part of the Generous George Family, serving traditional favourites and we also specialise in hand stretched pizza. We would like to think that we accommodate everyone, she if there is something not on the menu that you would like, tell us we will do our best to please you. We cater for all kinds of parties and we offer a buffet service. We are a family pub and we are also doggie friendly

Came here for a birthday meal. Table was booked for 20 people, unfortunately 23 came. When to person who booked the table asked if spare Seating could be arranged the person she spoke to said that only a table of 20 was booked so no more could be added. We all managed to find seats, albeit some on a spate table, however, my partners seat had baked beans on it and the one seat opposite mine was soaking wet. Due to the managers comments, we decided to just clean it ourselves and sit down. We were then told to hurry up and order as they were expecting a party 25. What that has to do with us ordering I don't know, perhaps we were being asked to cook their meals, we could have done a better job than the chef. Our meals came out of the kitchen and my god what disgust was put in front of us. Some of us said when the meals were being put on the table about the fish looking pretty burnt, the staff just looked, acknowledged and ignored what we said. The pies were the same to the point most of the party left most of their food as most had fish and chips or pie and chips, two dishes that you can't normally ruin. For a chef to send out such burnt/dried food is beyond me, in Gordon Ramsey's terms, get rid of the staff and start again. The staff when collecting the half eaten plates asked if all was alright with the meals, most said no, to which the staff just smiled and took the plates. I went to an empty bar to get my refill of soft drink, the bar man saw me with a refillable glass in hand, decided to top up the wines with back turned. I waited patiently, when he had finished, he started to walk off. I'm really struggling to understand this place. Have the locals no standards of what their eating or has the staff just given up and not caring, and just doing and saying what they like to customers? Either way, really not impressed. 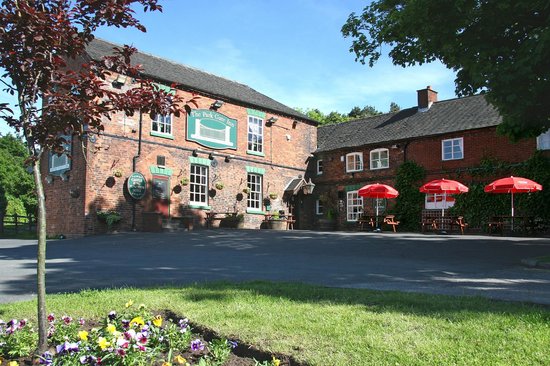 Met some friends here for Sunday lunch. Sunday 22nd Oct
Had leek potato soup which was lovely. Then I had Turkey dinner it was lovely food especially the parsnips !! Plenty of it. My friends had 4 meat Sunday lunch and steak pie. All in all a lovely lunch.
One complaint the service was a little slow but would definitely would go back 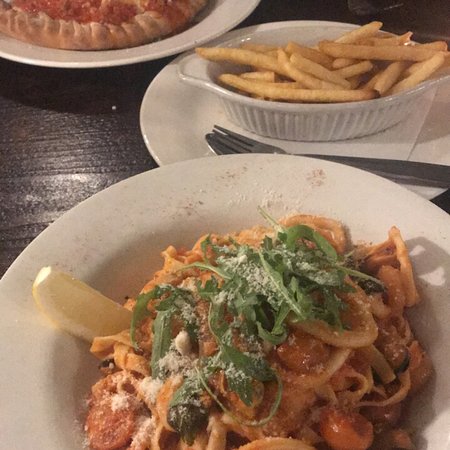 Well positioned in Rugeley Town with a convenient car park directly opposite. Received a bright welcome and seated immediately in a clean, open dining area. The kitchen is open to the diners which is always good and the staff are fast, polite and friendly and always on hand to help without hovering. Service was quick and the food was fresh, tasty and portions were huge. Everything about this restaurant is top class, well worth a visit and highly recommended. 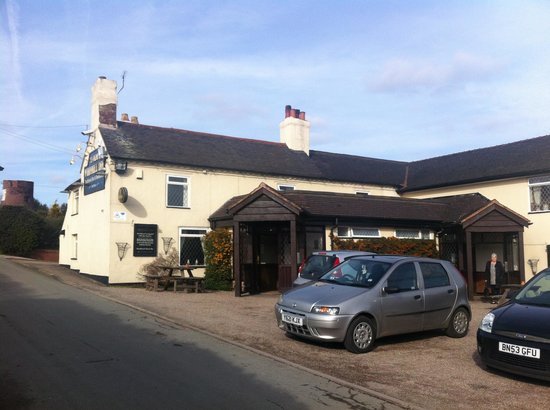 A 16th Century country pub and restaurant with views over 4 counties We have been serving our customers for 30 years. Big open Log Fires and a warm friendly family atmosphere. Beer Gardens and patio areas by Crown Green Bowling green. All food homemade freshly cooked to order using the finest produce

My family and I have become regulars at the Ye Olde Windmill.
In my opinion you can’t beat it. Fresh food, a great selection of drinks, friendly service and great value for money.
A cosy country pub, the last few times the fire has been on which is great.
Considering how young the staff are, they are always polite and helpful.
A special mention to Dennis, this place wouldn’t be the same without him.
If your after county pub, great value for money, good hearty food then this is the place. 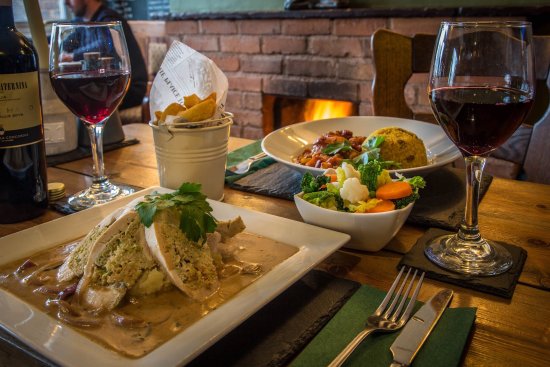 Cute and cosy traditional setting with nearby Forests great for walks, very accommodating and friendly staff, was here for lunch, prompt quick service but didn't feel rushed at all...food was simply cooked but very fresh and tasty none the less, excellent presentation and quality ingredients too!
I would definitely come back and recommend to any other passer-bys.
Simple, job well done!