Rhododendron is an unincorporated community in Clackamas County, Oregon, United States. It is located within the Mount Hood Corridor, between Government Camp and Zigzag on U.S. Route 26 (a.k.a. the Mount Hood Scenic Byway). It is one of the communities that make up the Villages at Mount Hood.
Things to do in Rhododendron 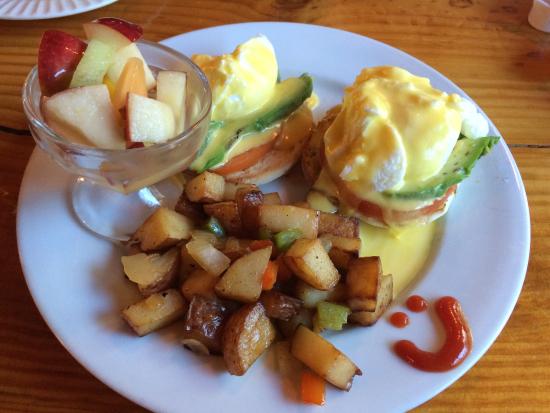 We stopped by this restaurant for lunch this weekend. It is a bit on the funky side which is perfectly fine. Service was excellent and the pancakes were good. I didn't like my French toast, but no matter. It was a nice experience.

We were there on a Sunday night in October. We had good service the food was good and the mezza appetizer was good. The Skyway has a lot more seating that i expected.....there is a huge outdoor area in the back. Loved the featured hoppy beer. Big menu but we chose barbecue---ribs, brisket, pulled pork. Cole slaw was good; baked beans too much barbecue flavor; mac and cheese was good, too. Service was pleasant and attentive. Not super fast but they were full and busy.

I LOVE this coffee! I served it in my restaurant (to grateful customers), and had it shipped to me for three years while I lived in San Francisco. The owners are warm and welcoming, very genuine people. I enjoy visiting Mt. Hood Roasters for a cup and a chat often. 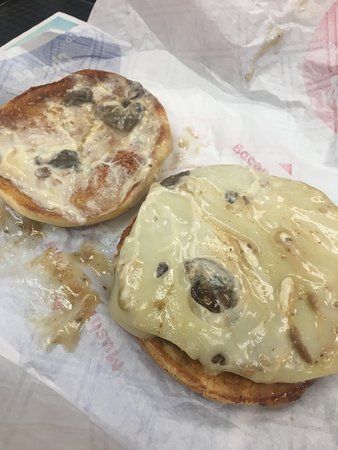 I paid with a credit card, but after I left, I realized that I only had the order number receipt to pick up my order. I was never given a copy of my credit card receipt.

You fill out a sandwich ingredient sheet to order a sandwich the way you want. The Turkey sandwich I ordered was delicious , freshly made, with fresh ingredients. It's a nice cozy place with lots of choices for a simple meal. Coffee was just ok here but there are other choices of beverages. 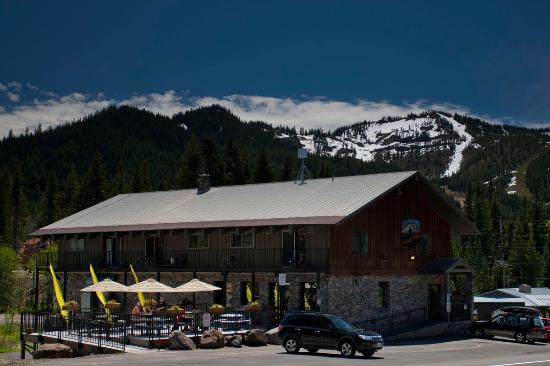 This was a pleasant surprise. We wanted to avoid the expensive formal dinner at Timberline but didn’t want crappy food either. We wandered in here only because we could walk from our room at the Best Western next door.
The beer is quite good with many choices. I had the Pale Ale and it was quite balanced and reminiscent of a British style ale.
The food was made with very fresh and excellent local ingredients. I had the Carlton Farms pork chop, nicely prepared at a fair price.
One daughter had pizza which she liked.
But maybe the best thing, funny as it might seem, was my other daughter’s homemade hot dog from Portland’s best sausage shop Olympia Provisions. It was served with some interesting side additions like a bacon spread and a peppers mix. It was crazy good.
The service was prompt and super friendly.
It was crowded and noisy but fun.
This will be our go to place going forward.
Far better food and drinks than I’d expect to find at these prices in a remote ski resort town. 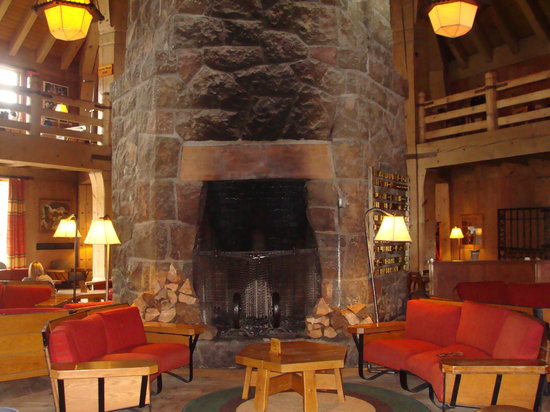 A pioneering spirit of craftsmanship paired with a deep-rooted connection to the region inspires Timberline&apos;s culinary program. Timberline is at the center of Oregon&apos;s bounty, surrounded by mountain streams and a plentiful ocean teeming with fish, rolling fields of fresh and organic produce and locally-raised livestock and poultry. All tended by producers with a common goal. Chef Jason Stoller Smith and Timberline&apos;s talented culinary brigade share this vision and invite you to "Taste Oregon" in the Cascade Dining Room.

I took my girlfriend here for the Sunday-Thursday Dine and Stay option where you get any entree for Free and being her birthday they comped any choice of desert.Any wine or appetizers were not included. We at earlier in the day for their Sunday brunch buffet which was very nice. Not voluminous spread found at some buffets, but well worth the $24.75 per person.if a wine lover, they have an impressive selection of wines from Oregon and Washington. They even had a regional Malbec. wonderful option if staying at the Timberline Lodge or staying elsewhere in the area. 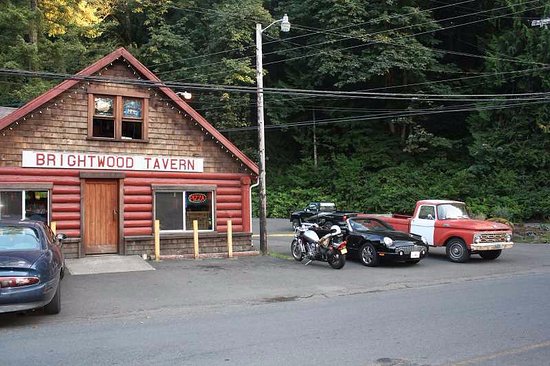 This is a fun little tavern out of the way. The food is decent and cheap and the beer options are surprisingly good. Also, they serve Jell-o shots! 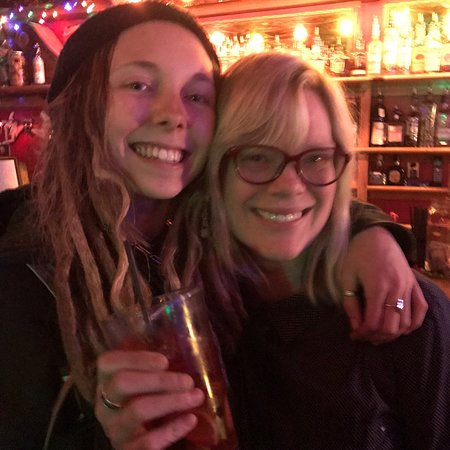 We stopped after hearing about on TripAdvisor and reading the reviews.
We are meat and BBQ kind of people. The place is very eccentric with live music and a large backyard. The meat was average. Ordered the sampler and it was okay. But the mac and cheese - OMG!!! Add the bacon hookup to it! The truffled cheese grit cake was different and good too.
Service was good. Friendly servers. Kept our drinks topped off and was there when we needed them.
I'd stop again.