Reston is a census-designated place (CDP) in Fairfax County, Virginia, United States, within the Washington, D.C. metropolitan area. The population was 58,404 at the 2010 census. An internationally known planned community founded in 1964, it was built with the goal of revolutionizing post–World War II concepts of land use and residential/corporate development in suburban America. The Reston Town Center is home to many businesses, with high-rise and low-rise commercial buildings that are home to shops, restaurants, offices, a cinema, and a hotel. It comprises over 1,000,000 square feet (93,000 m) of office space. Municipal, government-like services are provided by the nonprofit Reston Association, which is supported by a per-household fee for all residential properties in Reston. In 2017, Reston was ranked 29th in the Best Places to Live in America by Money magazine.
Things to do in Reston 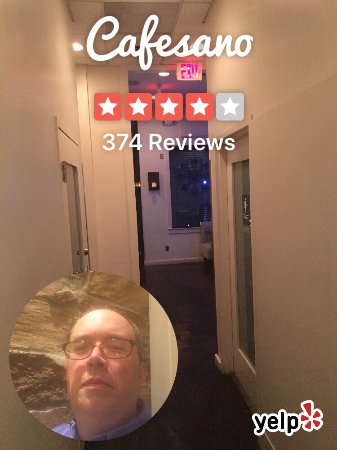 CafeSano never disappoints. We usually go there about once a month. They recently opened their second restaurant and we have found it to be the same in terms of quality dishes and excellent customer service. My favorite is the meatball pannini. My wife loves their...MoreThank you for the high praises, Phil! We agree, the meatball panini is delicious and we're glad to hear you and your wife enjoy our food. We look forward to serving you again soon! Liked it sooo much in September, we went back two more times since then. The atmosphere is total SPORTS. Yes, they are a Buffalo Bills destination point for football, but we wore our Philadelphia Eagles garb for lunch and got joked at and jeered at, but it was so totally friendly and fun.

The food is total sports bar, but very well made. Their Rum Bread Pudding dessert is to die for. The service is great and very, very friendly. IT IS A FUN PLACE, even for two Eagles fans! Give it a try if you are in the Herndon, Virginia area. 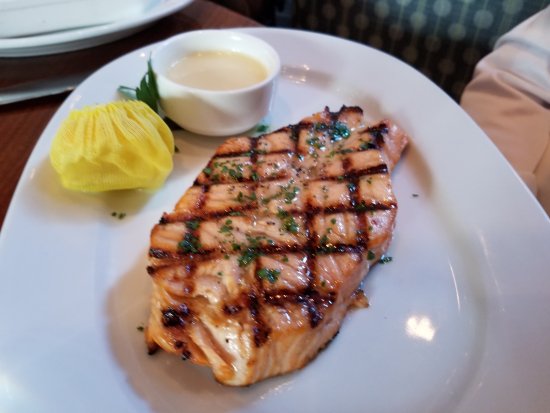 I was so angry to spend hours deciding where to eat today since restaurant Week is nearing an end. I checked many menus. I finally decided in Passion Fish in Reston. I checked their website. It gave the menu for lunch and dinner. We drove all the way there. Parked in the garage. Walked in the cold and wind. Arrived at Passion Fish cold and hungry. "Sadly," the man at the check in table told us. "We aren't open for lunch on Saturdays." WHAT!!! Why doesn't it say this on the menu???!!! P[lease update your website!!!!!!!!! 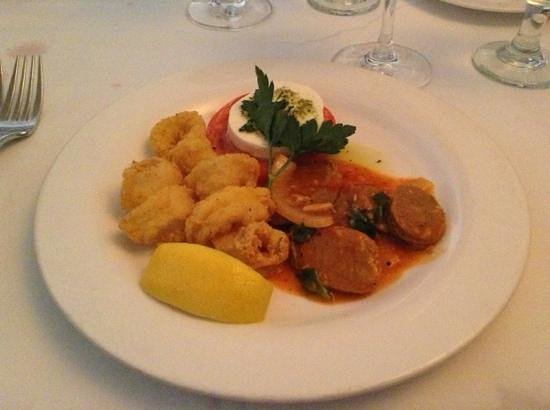 Dined here on a Thursday night to celebrate our daughter's birthday. Charming restaurant in the middle of Herndon. Slightly dated building but the bathroom was really nice. We were warmly welcomed and seated. After offering us still or sparkling water I enjoyed browsing their small but interesting wine list. Nice selection of typical Italian meals with excellent specials. The pasta was excellent. The Veal Saltimbocca was a little disappointing but it could not distract from the overall enjoyment of this place. The service by very professional servers was impressive. They always seemed to anticipate our needs. I look forward to returning and trying their Ceasar Salad and Gnocchi. The cannolis were fabulous! 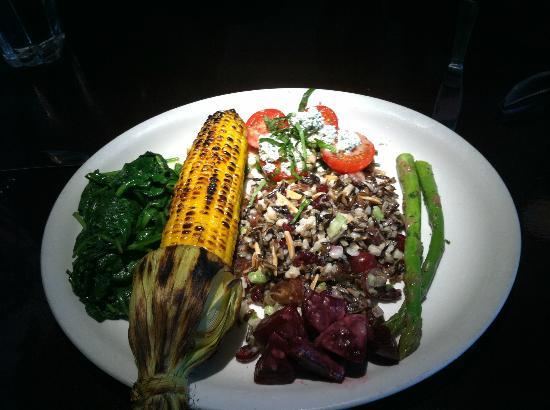 A nostalgic nod to mid century Americana and comfort food classics and some unexpected twists (a la sushi) in an upbeat 1940&apos;s dinner house.

On the up-side, I always thought of Jackson's as way too loud, but we found it not so loud tonight. Are those red things on the ceiling new? I'm assuming they are for sound absorption. I think they're working. Sadly, service left a bit to be desired tonight. 5 of us for dinner, and 4 of us had our meals a good 10-12 minutes (maybe more) before the 5th person's, a burger, arrived. We asked several times about it, and were told it will be "right up" but there was clearly an issue they didn't share, and that's the worst. Just tell us you lost the order, had to remake, etc. This is always a very disappointing and frustrating thing to happen, and it ruins the meal for everyone. And even after delivering the burger so late, there was no offer of compensation for our inconvenience. Customer service needs work. 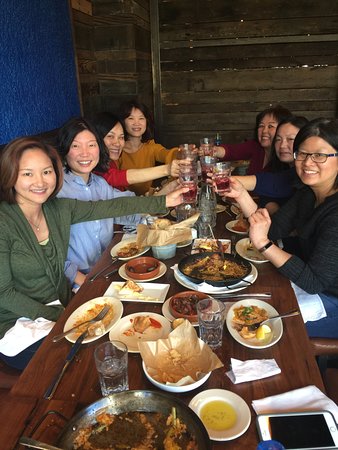 Barcelona Restaurant and Wine Bar is an award-winning Spanish tapas restaurant group located in Atlanta, GA, Washington, DC, Boston, MA, and throughout Connecticut. Barcelona was begun in 1995 by Sasa Mahr-Batuz, based on his memories of years of living in Spain and Portugal, and Andy Pforzheimer, based on his 20 years as a chef at world-famous restaurants in France, California and New York. Beginning with a tiny, 38-seat wine bar they set out to recreate the feel and the look of an evening on the Ramblas. They worked hard and made no compromises to achieve their aims: sophisticated decor that evoked Milan, SoHo, or Rio de Janeiro. Simple, flavor-filled dishes redolent with olive oil, lemon, smoky paprika. A comprehensive list of wines by the glass from around the world, with an emphasis on the lesser-known regions of Spain and Portugal. They were guided not by any places that existed at the time, but only by what they liked, and the way they liked it.

We love this place, we dine at least once every time we're in town! The food is always delicious and we love how they change the menu regularly and the staff treats you like family! We are typically bar diners and all of the bartenders are knowledgable and excellent at their craft! A must if your in the area! 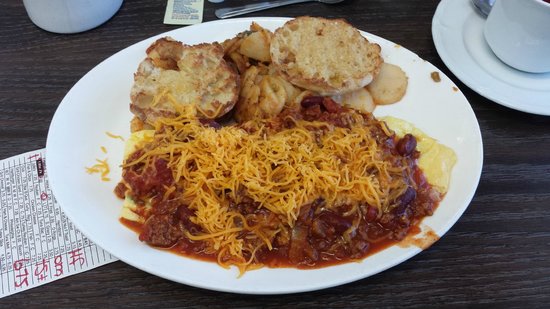 We’re locals and love Virginia Kitchen. Never disappointed and better than Cracker Barrel. We’ve never had a bad meal here and the service is first rate! 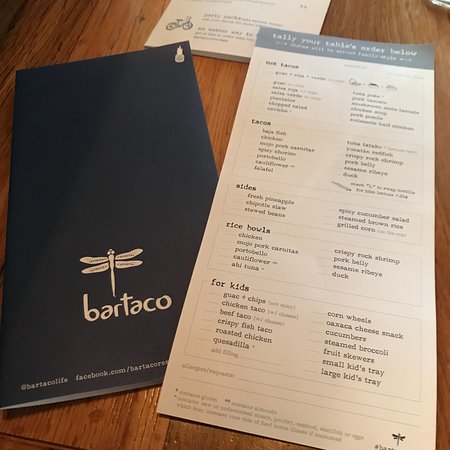 If you like tacos and experimenting with different types--you will like Bartaco. Service is great, very efficient. 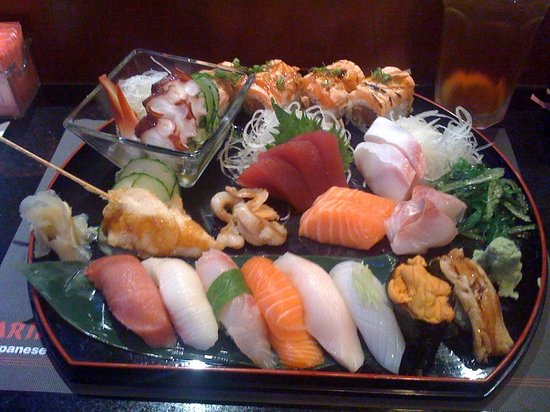 My family had lunch here and left very satisfied. The sushi and bento boxes were excellent and I was impressed with the array of sakes available, much larger than some competitors. The service was very good and the ambience pleasant. That have a few tables which on a good weather day are very pleasant. I look forward to returning. 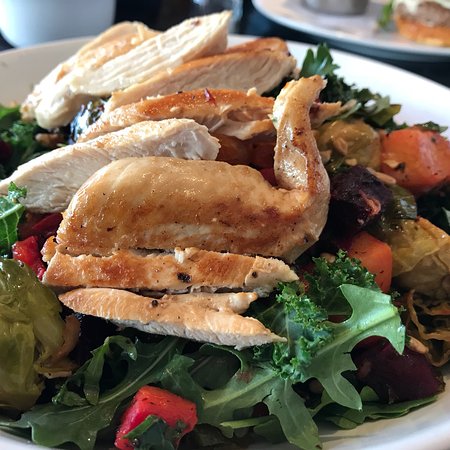 We love coming here at least once a year. We visit Herndon several times a year and always are sure to stop. No matter how busy they are the food is good, the service fast and friendly. And we love the diner theme. This time was no different. For New Year’s eve brunch before heading off to Mount Vernon we stopped. It was packed yet we were seated and served quickly. And a great place to eat!