Top Things to do in Pilsen Region

Plzeň Region (Czech: Plzeňský kraj; German: Pilsner Region) is an administrative unit (kraj) in the western part of Bohemia in the Czech Republic. It is named after its capital Plzeň (English, German: Pilsen). In terms of area, Plzeň region is 7,561 km², the third largest region in the Czech Republic. However, the population of 572,459 inhabitants (as of 31 December 2012) it is the ninth most populous region. After the South Bohemian Region it is the second least densely populated region. The region can be roughly divided into two parts: a highly industrialized north-eastern part with a strong engineering tradition around Pilsen (Czech: Plzeň) and a more hilly and rural south-western part with smaller-sized manufacturing companies processing natural resources.
Things to do in Pilsen Region 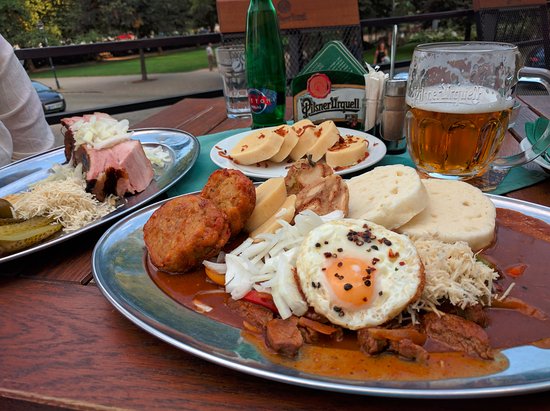 I was here because of the evaluations in Trip Advisor and it was the right decision. The beef goulash was one of the best I got in Czech Republic and the service was also good. I honestly recommend it. 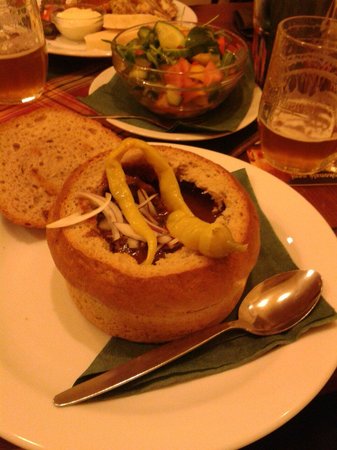 Reviewed By Shimnik - Delft, The Netherlands

If you like simple places similar to old taverns, this place is for you! All portions are huge, only 3 draft beer types (lager, dark and unfiltered) and pretty waitresses. We ordered roasted pork knuckle and
pork cutlet with potato salad and could not finish everything. Pork knuckle can be definitely shared between 2. 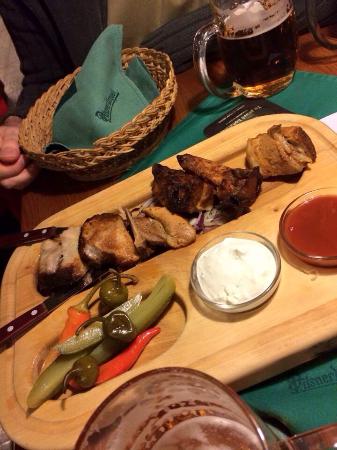 The unique atmosphere and proper traditional Czech cuisine served with fine unpasteurised Pilsner Urquell beer stored in tanks are all good reasons for visiting us. You can take advantage of the lounge equipped with its own facilities, with the possibility of uninterrupted arrival from the rear courtyard and private parking. We arrange wedding receptions, private and corporate events, taking care of all details, including floral decorations and music according to your requirements.

I had dinner here on the night of a big match for Viktoria Plzen (they were playing Roma). I went in and asked for a table, the barman just rolled his eyes. Not very welcoming.
The food was good, I had beef goulash with dumplings and a beer for 189CZK. If the staff could just be a bit friendlier this would be a great place. 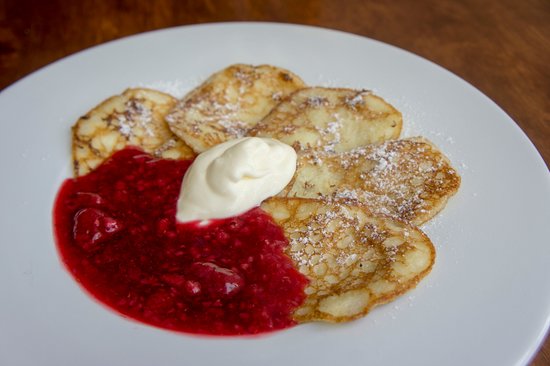 We invite you to La Boema, our family-run restaurant honoring gastronomy & fine arts. Set in a historical building right on Radnice&apos;s main square, we provide you an unforgettable fusion of fine dining, art Exhibitions, Literary evenings, classic movie screenings, a refreshing pint of our very own family beer "Proškovo Pivo" in the beer garden & many more. Our staff is multilingual and serving with a smile. We will ensure that you, as our guest, will enjoy every single minute of your visit. Be it in summer or winter, with friends, family, business partners or just for a quick stop to enjoy our home-made ice-cream & Dutch waffles (&apos;Stroopwafels). The restaurant & garden are fully accessible. To check what we have in store for you on this week&apos;s menu and to see upcoming events, head over to our website and Facebook page. Parking on the main square is free and accommodation will be happily arranged in one of the many amazing guesthouses in the area by our staff.

I planned to visit this restaurant on my way up north due to all the compelling reviews on trip advisor. When driving through the rural parts of the Czech Republic, it's very difficult to believe that you'll ever find a restaurant that has that little extra.
This place has definitely succeeded in achieving just that.
The owners (Dutch + Czeck) has a genuine interest in managing a restaurant without any compromises regarding the overall standard. They wanted to create something that they enjoyed and could be proud of. You can really appreciate all the effort they'd put in.
Food and service is very high compared to most other rural restaurants I've been to in the Czech Republic. It's definitely a diamond well worth a visit and will give you that joyful feeling of finally finding something special. 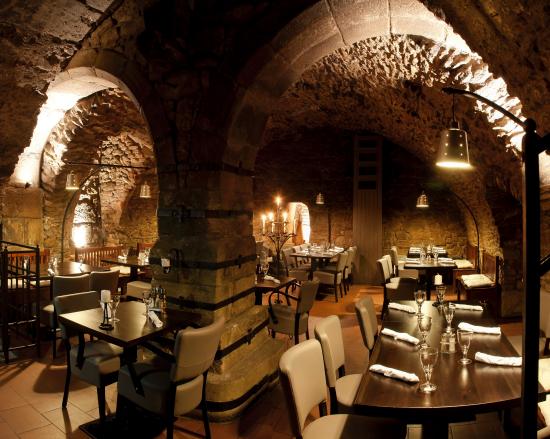 With three separate Seating ares and set on three different levels is this busy restaurant. We had been visiting the brewery and fortunately arrived late afternoon as all the tables were reserved in the basement ( our preferred location) for the evening . There were...MoreDear eltel432016 , thank you very much for your nice review . We are very pleased that you were satisfied both with the food and services and that you enjoyed it. Hope so you will visit us again. Once thanks Rango team 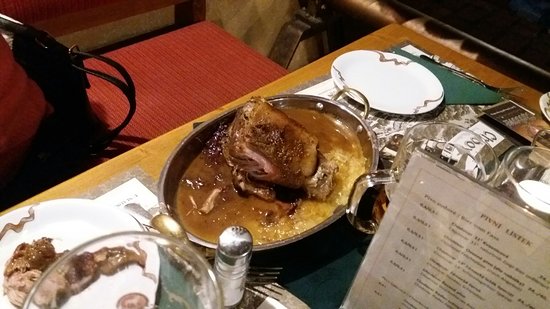 Fun place with good beer, in old cellar. Not haute cuisine, rather pub food-type of restoration, focused on local specialities. For amateurs of beer, very good choice of local drafts and the own microbrew, not bad at all. Good atmosphere, and very reasonable prices, not pretentious.Fast and efficient service. I will definitely go back. 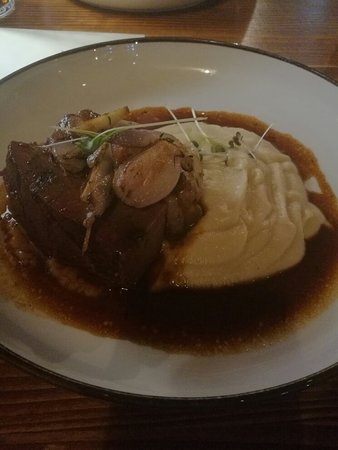 Around 100km you hardly find better restaurant. Own cow farm, own vegetable garden... Excellent food quality is guaranteed... The only disadvantage is that you always need to have reservation min. 14 days in advance, beucase the restaurant is contantly full. Otherwise great gastronomic experience... I can fully recommend... 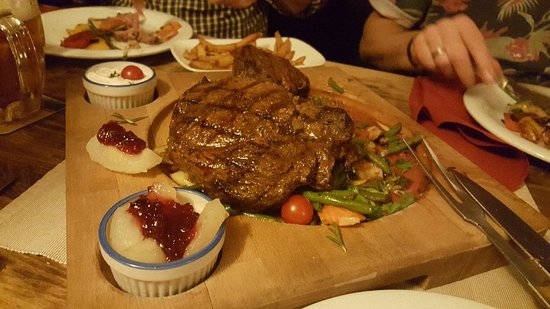 This place is pricey, but if you would like an excellent steak, look no further. The meat is just divine. The Seating outside is a little gem too. Don't miss this place.
The only thing I would like to remind the staff is that they should not take people's plates off the table until everyone at the table has finished eating. But I am willing to turn a blind eye to it! :) 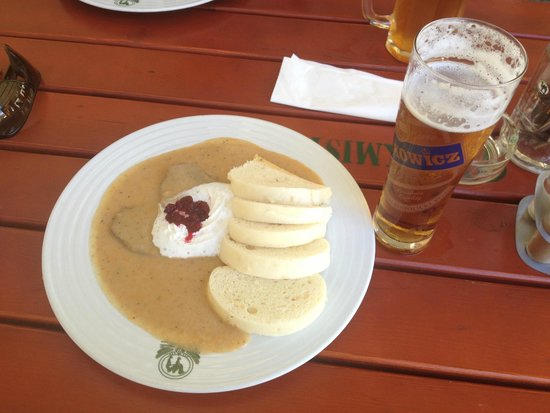 Based on positive personal experience we decided to arrange out wedding day party there. Everything was well organized, on time and in full. The atmosphere there was great, food and beer very tasty and personel costumer oriented. Only the dance floor was too small, but it the building don't allow more.
My recommendations! 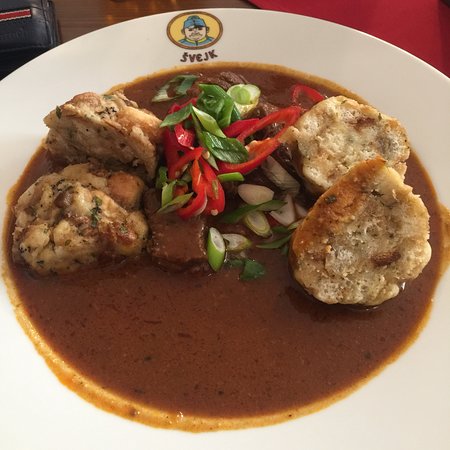 Sheik, is a funny little general guy. His charictcatures are everywhere,, even on the napkins, tableware, etc. Of course, we drank Pilsner Urquell Beer. We also had soup. I had goulash. This is different than Hungarian goulash, thick and meaty, with paprika. It was quite good. My husband had a sauerkraut soup, tangy, with chunks of KOBASSA in it. He said that it was very good. Next, we shared a pork dish. It bama with a kind of dumpling that was like dressing. There was a nice GRAVY on the plate for the meat and dumplings. We enjoyed our meal. The server was friendly, quick to serve us, asked if we needed anything else, etc. I would definitely visit here again.