Paignton (/ˈpeɪntən/ PAYN-tən) is a seaside town on the coast of Tor Bay in Devon, England. Together with Torquay and Brixham it forms the borough of Torbay which was created in 1998. The Torbay area is a holiday destination known as the English Riviera. Paignton's population in the United Kingdom Census of 2011 was 49,021. It has origins as a Celtic settlement and was first mentioned in 1086. It grew as a small fishing village and a new harbour was built in 1847. A railway line was opened to passengers in 1859 creating links to Torquay and London. As its population increased, it merged with the villages of Goodrington and Preston.
Things to do in Paignton

Friday night when they are really busy, the staff still have the time to chat, smile and ensure everything is as you would expect it to be. Jasmine ensures you get a very warm welcome and and the family and staff make sure that your meal is the best it can be. Whatever you order you can be assured it will be the best of surprises. The food the bring to your table is beautifully cooked, fresh and so so tasty. We had battered prawns and chicken satay for starters and for main course chicken, prawns, all in the best of either sweet and sour sauce or a lovely cashew and vegetable stir fry. The never fail to please, we are so lucky to have such a high quality restaurant in Paignton. Thank you again, see you soon. 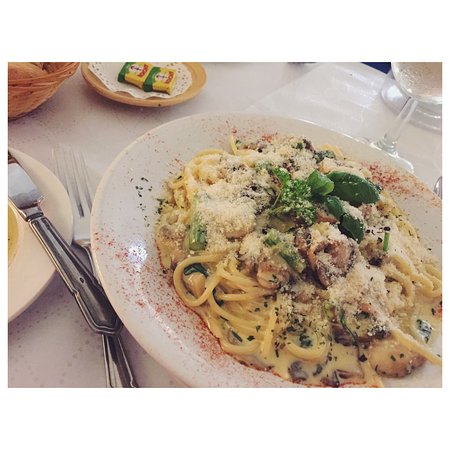 My son took me to La Scala to celebrate my birthday, after Reading glowing reviews about it on Trip Advisor. On arrival, we were shown to our table by the owner & host, Masimillio. The table had been decorated with little glittery decorations & there was even a birthday card from the staff of La Scala. The food & service were impeccable. My steak was tender & cooked to perfection & the vegetables & fried potatoes were steaming hot & very tasty. After our meal the staff came & sang happy birthday in English and Italian & surrounding tables joined in. There were a few other tables celebrating birthdays & we all sang to them, too. There was a great atmosphere throughout the evening. We landed up chatting to a couple at a table next to us & the gentleman had previously owned La Scala, so I reckon he knew that the food would be good. Before we left, I was presented with some birthday cake. Masimillio added all the little touches to make the celebration really special. We had a wonderful evening & I will definitely go back, on future visits to Paignton. It is necessary to make a reservation here - no surprise. 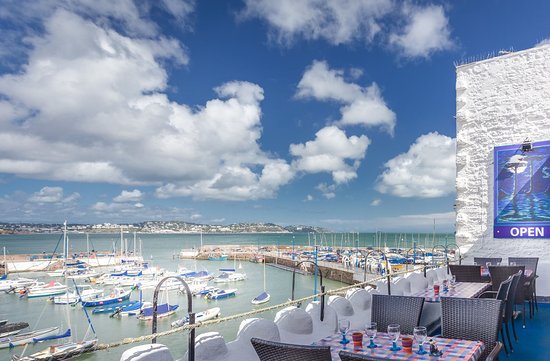 We pride ourselves on having a unique combination of menus; with our Tapas style menu consisting of over 25 smaller portion dishes that can be ordered individually as a starter or in multiples to provide a complete meal - a very social and interactive style of dining, promoting lively debate between couples, families or groups until a compromise is reached concluding everyones preferences. This runs alongside our &apos;Chefs One Plates Menu&apos;, vastly different in content, these main courses always including a succulent Steak. These frequently changing dishes focus on our chef&apos;s culinary and artistic skills creating thoughtfully flavoured and beautifully presented meals. Lovingly prepared to order, using, as often as possible locally sourced fresh seafood, meat and vegetables.

I booked in advance and asked if they could make a birthday cake, they said of course. We arrived before 6 when so before opening, it was raining and when we got there but they let us in and made us feel very welcome. The...MoreThank you for your excellent review and so pleased to hear you enjoyed your birthday celebrations. We pride ourselves in creating those personal touches and delighted to hear you enjoyed the cake and service. We look forward to seeing you again soon. Best regards, Heather 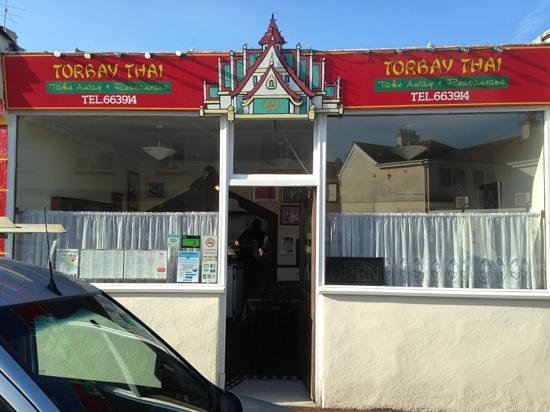 We have visited the Thai restaurant for more years than I care to remember.
The staff are very friendly and always helpful,.
It is a family run restaurant and mum still works most if not every night.
The food is varied and excellent and the best bit is YOU TAKE YOUR OWN DRINK, what ever is your taste.
MUST BOOK WELL IN ADVANCE IF YOU WANT TO GO ON A FRIDAY OR SATURDAY. 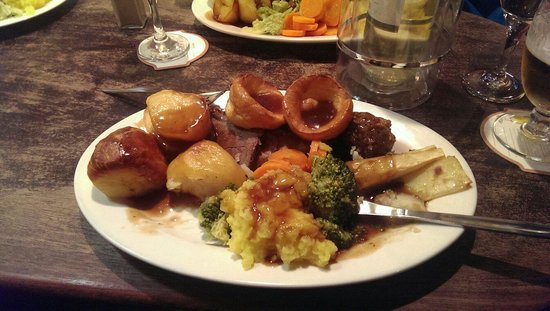 Henry's is a great place for a good meal in a British pub atmosphere. The food is well presented and good quality. Couldn't get over how reasonable the prices are. The staff is efficient and very friendly. Good selection of local draught beer along with brand names. Would highly recommend Henry's. 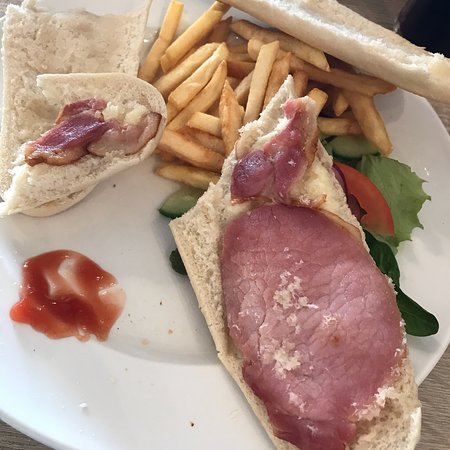 Always come for breakfast here when we visit Paignton. Chandlers has the best Coffee and English Breakfast at a reasonable price. The place is clean, friendly and welcoming. Look forward to seeing you next year. 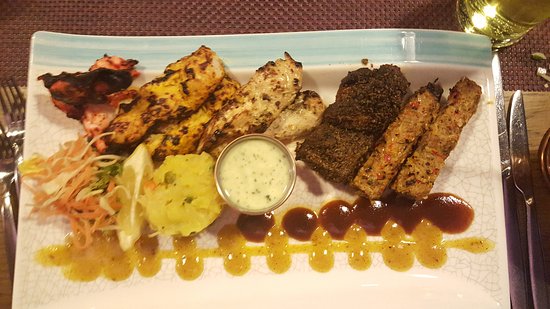 Great welcome and superb food. We were a large boisterous gathering and all was smooth flowing. The mixed starters full of variety and flavour. A wide range of mains and everyone had excellent taste and composition of meat and vegetable /spice. We have been there many times and it never disappoints. Can’t wait for next visit to try another different dish. If you like Indian cuisine do not hesitate to treat yourself. 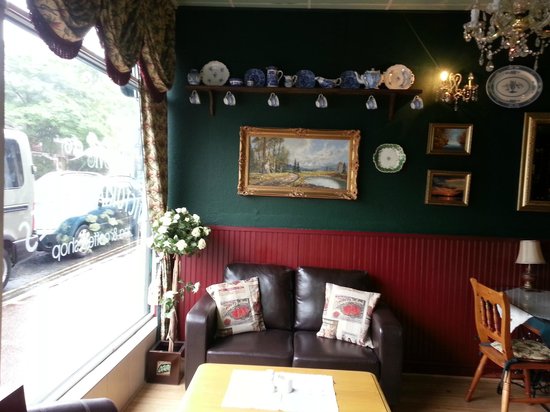 I'm fussy about my tea shops having baked cakes for a living. This lovely tea shop with its generous, friendly hosts did not disappoint. The tea was loose leaf served in pretty China tea sets with a tea timer so that you could time how strong you wanted your tea. The high tea at a very reasonable £9.50 served delicious finger sandwiches (we had smoked salmon and cream cheese, tuna (instead of Ham) and egg mayonnaise plus a scone with clotted cream and jam. We chose from the delicious selection of cakes and got a generous slice (Victoria sponge for me and chocolate orange cake for my daughter) plus a Ferraro Rocher chocolate on the side. The decor was olde worldly and charming. The lovely hosts were friendly and nothing was too much trouble. We will certainly return if we are in the area again. 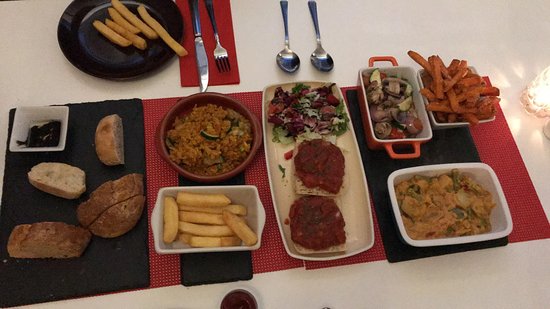 Quality small meals for sharing.A great opportunity to sample many things for dinner or as a light snack while enjoying a drink with friends.

The reviews, consistently very positive, are absolutely right. The welcome is friendly, the setting unfussy and contemporary and the food....ah, the food......outstanding.
Our choice of beefsteak and peppers, sweet chilli prawns, chicken gujons and baked Camembert contained an array of stunning flavours , adding up to unavoidable grunts of satisfaction. Prices are undeniably reasonable, local parking very easy.
We'll be back, very soon. You should be too. We are not just an ordinary Nepalese or Indian restaurant. Founded in 2004 as a take-away in Market Street, Torquay, we were the very first Nepalese Cuisine Speacialist in the whole of Torbay or Devon. We have grown from a single small takeaway to a big licensed restaurant. We serve stylish, high quality, great value Nepalese and Indian Cuisine, as well as outstanding quality food, responsibly sourced from around 7 suppliers nationally. Since the closure of our takeaway in market street, I&apos;ve seen number of so called Nepalese Restaurant opened around the bay but we can guarantee you none of them is traditional nepalese like ours. We are a family run business where my dad is the headchef, my uncle is the second chef, my mum is the customer host and im the waiter/manager. Now thats a proper family business. We look forward to seeing you and serving you mouth watering momo (my personal fav).

The restaurant is upstairs and was a welcome surprise when we walked in - warm and welcoming. The staff were friendly and helpful and the food was delicious. We, as ever, ordered too much and they immediately offered us takeaway boxes for the left-overs. We would definitely recommend it and will be going back soon. Only sorry it's taken us 10 years to discover it!