New Albany /ˈɑːlbəni/ is a city in Floyd County, Indiana, United States, situated along the Ohio River opposite Louisville, Kentucky. The population was 36,372 at the 2010 census. The city is the county seat of Floyd County. It is bounded by I-265 to the north and the Ohio River to the south, and is considered part of the Louisville, Kentucky Metropolitan Statistical Area. The mayor of New Albany is Jeff Gahan, a Democrat; he was re-elected in 2015.
Things to do in New Albany 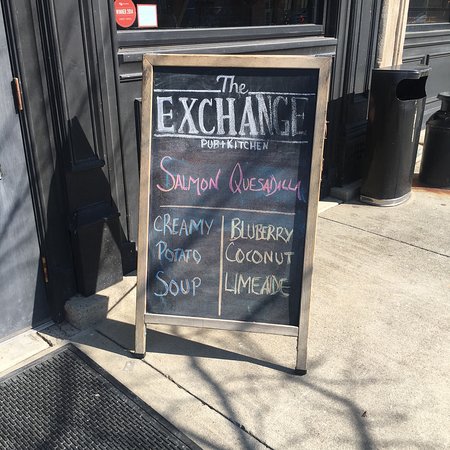 This establishment is a fine dining place. It has it all, bar, outside seating, relaxing, spacious and quaint. However, the food and drinks are pricey althought they are good. I enjoy this location once in a great while, but can't afford to frequent it. If you can afford to slurge, go here, it most likely won't dissappoint you but i like to get more for my money. 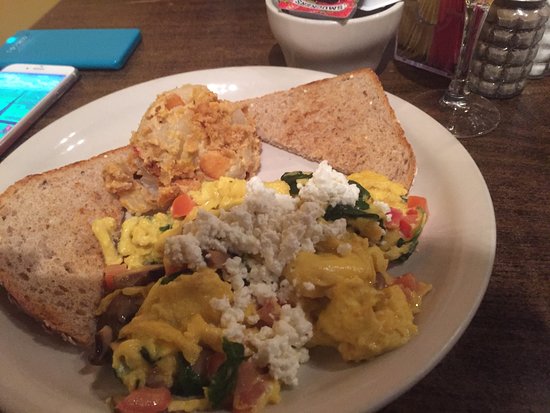 This place has a big following, so obviously most people think it's a great breakfast spot. However, while I am not picky, I found their Mediterranean Omelet to be dry and bland, My son ordered a spinach omelet, and was upset when red onions were added, My other three guests thought that their orders were OK. The staff is friendly and prompt. I give credit to New Albany for preserving so much of their old down town. 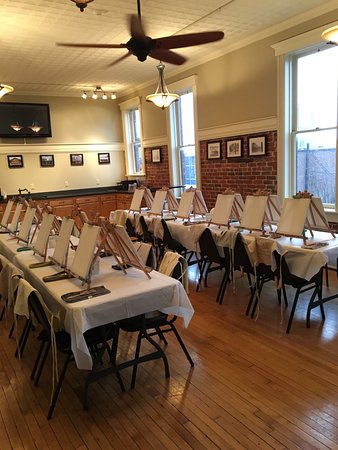 Located in the restored historic Baer Building, River City Winery features award winning wines paired with a menu that includes soups, salads, gourmet pizzas, appetizers, entrees and locally made deserts. The wine production area is located onsite below the tasting room and restaurant. Our 2011 Vignoles was named Wine of the Year at the 2012 Indy International Wine Competition. A first ever for a midwest winery!

One of my all.time favorites for the several years it has been open, RCW has failed me my last two visits. Environment still great, and the wines are among my favorites anywhere, but the kitchen has developed issues. Limited selections hamper what should be a great experience.
If you go there for food, be sure to check the menu beforehand. If you don't like what's listed among the approx 8 entrees, and aren't in the mood for pizza, you should go elsewhere. The kitchen shows no willingness to accomodate simple requests and given the very limited selection will cause some disappointed diners. Any request for anything from the lunch menu will be denied. It's almost as if either the cooks can only cook what's on the menu, or they have been forbidden to diverge. This visit, after much wrangling to find something I liked, the filet arrived undercooked and asparagus stringy. Corn risotto oversalted. Wife's gnocchi was oversalted and undercooked. Kids pizza soggy in middle.
The presentation is still very good, and the pizza is usually good. However, you can get as good pizza for much less at other pizzarias locally. There is no kids menu.
I don't feel that I will return. 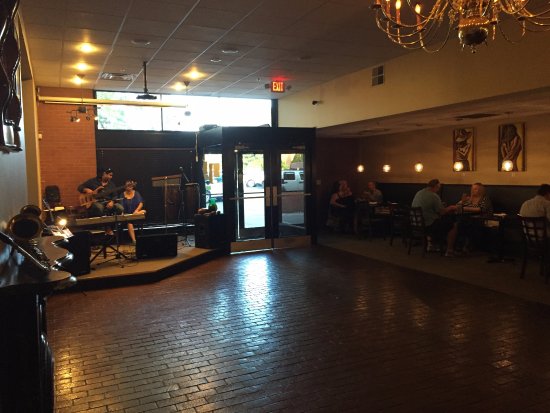 We went to New Albany for an outdoor concert and thought we would have to eat in the more built up Jeffersonville but took our chances. We found great food and live entertainment but a unique Cubin tradition was what we got. Tapas style allows you to try multiple receipts in smaller amounts to share. It is well priced for quality food. 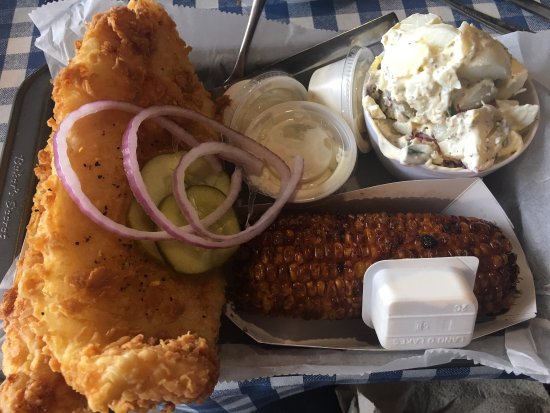 Stopped in and ordered two rib baskets for takeout. Service was quick and friendly. Server asked if I’d like a soft drink or tea while I waited. My order was ready quickly and the server went over the order to ensure it was right. Food was well prepared. I can highly recommend Mark’s Feed Store. 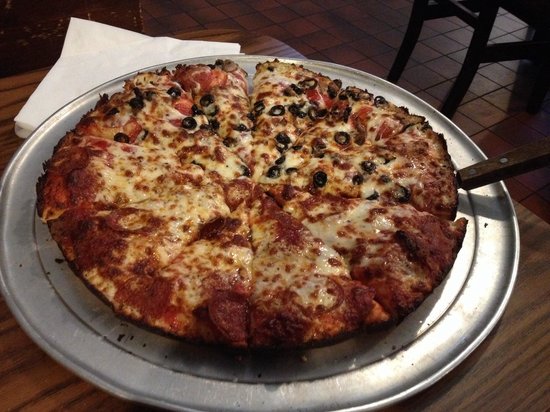 Over the past few months, I have read many positive TripAdvisor reviews of the New Albanian, and have seen dozens of mouthwatering photos. I was determined to try the place, but remained skeptical that it could be as good as the reviews and photos indicated. I was correct...it was BETTER! Unbelievably good, in fact! From the well-prepared side salad to the final bite I was able to take, this was one of the best dining experiences I have had -- period!
The upside-down pizza, with sausage and spinach, must be experienced. My words can't do it justice! Accompanied by a creamy Hoosier Daddy ale...I am already planning my return trip! 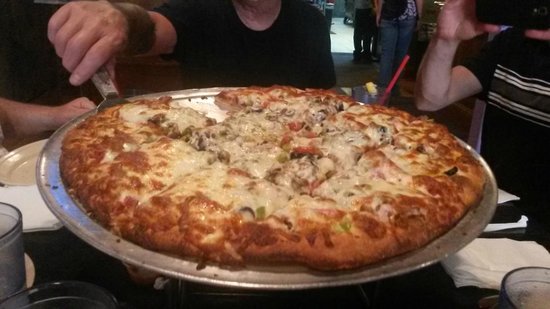 Handmade dough prepared fresh daily. Loads of cheese. Piled high toppings. No wonder we&apos;ve won Best of Louisville Pizza for more than 10 years! Wick’s Pizza is a concept started over 25 years ago at the kitchen table of Michael Wickliffe’s mother. Meredith and Mike put all the money they had, and borrowed a little from their parents, to open a pizza place in the Highlands at the current location. 25 years later, they have four locations with hundreds of employees and they wouldn’t change a thing! 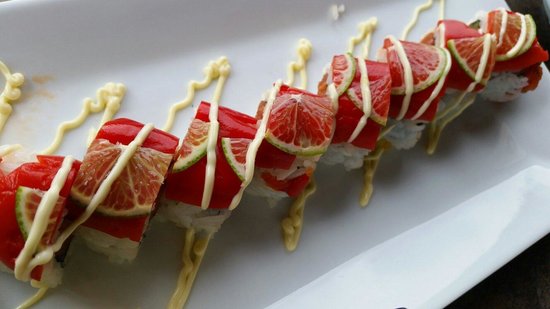 Went with family. It is Unbelievable place. If you love Mexican,Sushi. You gonna love Dragon King Daughter restaurant. I order Drunken chicken tacos, Black & Bleu roll. I never had Drunken chicken tacos before. It was so Amazing. Love sushi. I fell head over heels over Black & Bleu roll. Everything was Awesome. Ambiance, the food. This restaurant comes very Highly recommend! I wish we had one at home. You need try this. Hopefully that won't be my last time there. BBQ is our passion. We strive to produce the most consistent smoked meats possible and scratch made sides. This takes time, dedication, and the constant pursuit of perfection. It takes us a long time to cook our food and we hope you can taste our patience. Seating and food is first come, first serve. We do not take reservations. Ordering and service is at the front counter. Vegetarian, gluten-free, and soy-free options are available, but there are no true vegan options. Sorry, kind of; we are a BBQ place after all.

We were lucky to walk in off the street on a Friday evening and get a table at this restaurant, right next door to the packed Exchange Pub + Kitchen. The BBQ selection and sauces were tasty and the bourbon and beer selection attractive. 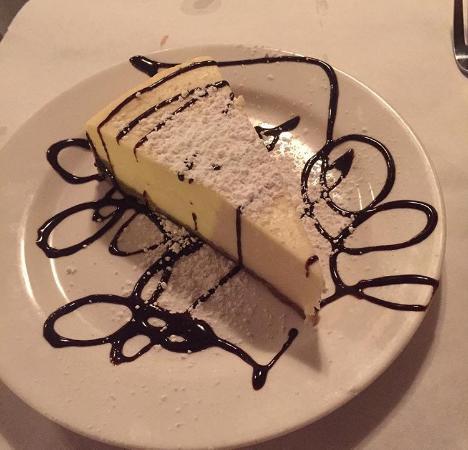 Ate there last night. Nice atmosphere, cute restaurant. Food was mediocre at best. Service was nonexistent. Had rservations. Waited a considerable time before drink orders where taken. Did not receive the complimentary bread or REASON for no bread while others around us were getting it...had to ask someone else running by about it; no refills offered on water, coffee, or tea; there were no salt/pepper shakers on our table AND several other tables around us...had to ask someone running by and wait. Marinara sauce was very watery and lobster ravioli needed salt. Had to wait...AND wait for our check; then had to wait and WAIT for the server to return. I finally took the check up to the manager myself.

Astounded by the events tonight considering all the positive previous reviews.