Menlo Park is a city at the eastern edge of San Mateo County, in the San Francisco Bay Area of California, in the United States. It is bordered by San Francisco Bay on the north and east; East Palo Alto, Palo Alto, and Stanford to the south; Atherton, North Fair Oaks, and Redwood City to the west. Menlo Park is one of the most educated cities in the state of California and the United States; nearly 70% of residents over the age of 25 has earned a bachelor's degree or higher. Menlo Park had 32,026 inhabitants according to the 2010 United States Census, which had grown to an estimated 33,888 inhabitants by 2016. Menlo Park is the site of Facebook's main campus.
Things to do in Menlo Park 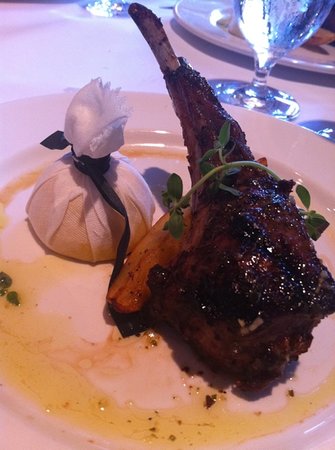 Sister restaurant of Kokkari, Evvia has been serving beautiful and elegant Greek cuisine since 1995. Fabulous fish, savory roasted meats, and sun-soaked vegetables are jazzed up with a spritz of lemon, a little olive oil, and herbs. There is perfection in simplicity.

Getting a table at Evvia takes time as it's always fully booked and for a good reason. The food is amazing, the service is delightful and excellent. The setting is perfect. And although the restaurant is big, it's still very cozy. Whatever you order for starters, I highly recommend the melted cheese with oregano and the grilled vegetables with Greek yogurt. The lamb shanks are tender and melt in the mouth. The chicken rotisserie is tasty and juicy...really, the whole menu is tantalizing...and the dessert, we asked for the house favorite and though it looks like Baclava, it is tastier and creamy and is served with pistachio ice cream. Oh, and they have a great wine collection! 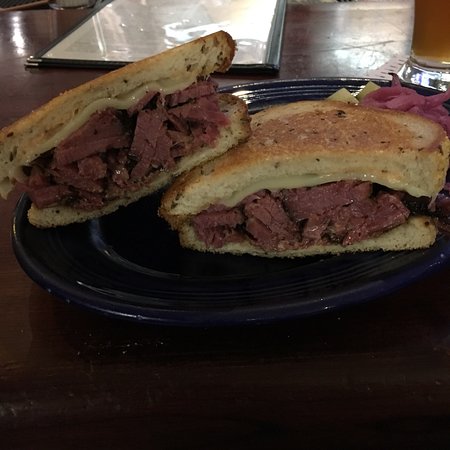 While the food here seems a little over the top (humungous pastrami sandwiches dripping with fat and juice), the beer selection cannot be surpassed anywhere close by. A wide selection of Belgian beers & glassware suited to each type of beer makes this place special. While a little perverse in a beer bar (I don't like beer), I ordered the vinho verde (Portugal) and it was pretty good.

There's parking underneath which is free. Order at the counter (we did have a long line) and then find a table. Lots of outside seating but it's very popular. 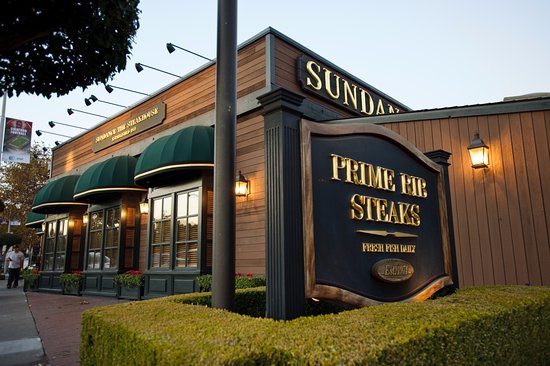 Since its opening in 1974, prime steaks and martinis have never gone out of style at this Palo Alto institution. The atmosphere is very clubby with fireplaces, dark wood, sports memorabilia and plush leather booths tucked into the many nooks throughout the dining room. Famous for their slow-roasted prime rib & hand-cut U.S.D.A Prime Steaks, they also offer fresh seafood, cold water lobster tail & succulent shellfish. The 23 oz. Bone-In Rib eye Steak is the "Boss&apos; Favorite" while the Double Cut Filet Mignon runs a close second. Sundance is respected for serving the best food money can buy coupled with value & simplicity – a welcome relief for serious food & steak aficionados. The menu is supported by an award-winning wine list that features over 400 selections focusing on highly allocated Napa Valley Cabernets & Sonoma Pinot Noirs. Exceptional ratings & numerous restaurant awards rank Sundance the Steakhouse as a true dining destination.

Old friends invited us to dine with them at Sundance and what a wonderful experience we had. We hadn't seen each other in several years so we had much to catch up on. The booth was quiet and roomy. The staff was exceptionally helpful and eager to please. We spent several hours reminiscing and enjoying our meal. The prawns were extremely good and the salmon as well. 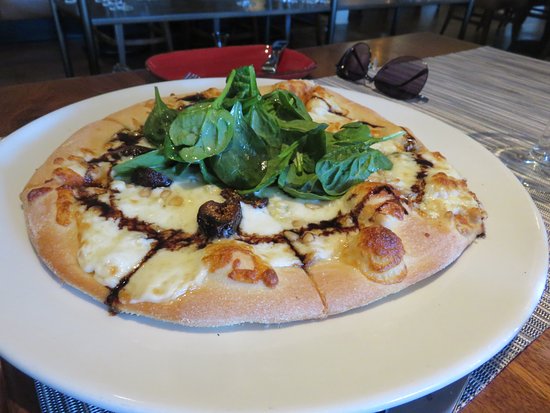 A classic American grill with a warm and inviting neighborhood feel. The relaxed setting offers casual, yet sophisticated, dining with a menu that highlights regional and seasonal ingredients. An extensive wine-by-the-glass and craft brew selection is also featured.Open for breakfast, lunch, dinner and late night snacks.

Located in the Stanford Park Hotel just North of Stanford University, this restaurant is a quiet gem.
The Sunday evening special is the Smoked Prime Rib... very well seasoned, good and tasty.... worth the drive up from the South Bay and reasonably priced.
We have always had attentive service....
Someday we will have to try other entree items on the menu, but have yet to get past the Sunday special Prime Rib. 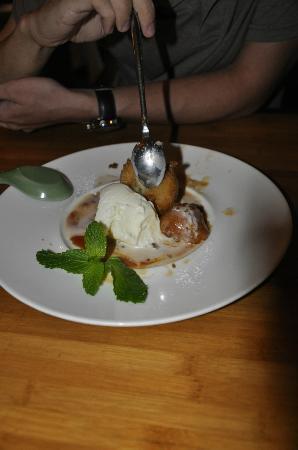 Tamarine is a contemporary Vietnamese restaurant that features the light but flavor-intensive culinary delicacies of Vietnam. The restaurant offers a menu based on small plates, promoting the Vietnamese tradition of the &apos;shared&apos; meal in which food is shared and enjoyed with those close. Tamarine&apos;s small plate entrees are enjoyed with the pairing of a variety of aromatic, flavor infused rice, designed to be mixed and matched to create a truly unique flavor experience. Along with culinary delicacies of Vietnam, the restaurant showcases the works of emerging artists from Vietnam and other Southeast Asian countries.

We’ve tried several of the most highly rated restaurants in Palo Alto and all enjoyed this one the most. The Vietnamese-influenced cuisine met with the approval of our Vietnamese guest and by others who are also very familiar with a variety of Asian cuisines. There was something new in every dish. Those with a sweetened fish sauce flavor were my favorite, but there wasn’t anything left over!

Stopped by with a friend on a whim on a Thursday night, the place was packed! Per the suggestion of the server, the portions are big so we limited on what we ordered. I had the sampler while my companion had traditional Shakshuka with Turkey sausage. As the server mentioned, the taste is more Israeli than others we have tried before. My favorite was the babaganoush eggplant, which is fire roasted eggplant mashed with tahini, garlic and herbs, with lots of herbal flavor and fresh vegetable. Would definitely mention this place to others living in the area. 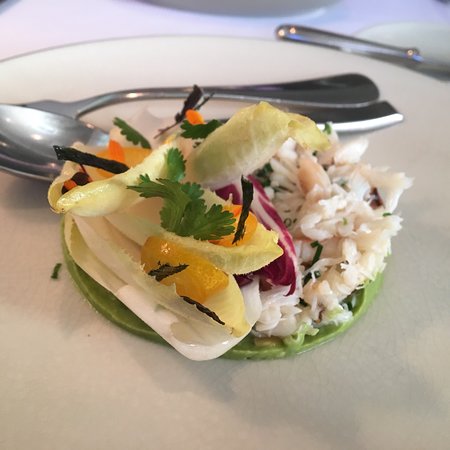 We used to go here over 30 years ago. It looked like Grandma's house with lace curtains and very creative food. Now it is sleek and modern-no different than any other "high end" place. Back then it was a stretch for the budget-but not outrageous. Reckon bay area folks have more loot than we do-but I never like overpaying for food-good or not. We got fried green tomatoes as an appetizer-it was good-but not great. (Great is "the Porch" in Sacramento). Hubby got ling cod-he said it was good-but didn't compare to the Petrole Sole we'd had a week earlier at The Fork in Petaluma-and $15 less! I got beef short ribs-very tender with a few gnocchi on plate-no capers to be seen as advertised. The biscuits were delightful as we'd remembered...but seriously $18 for a dozen? Insane. If folks in the bay are good with this-well goody for you-but good food (which this was- but not wonderful) doesn't need to be so overpriced. 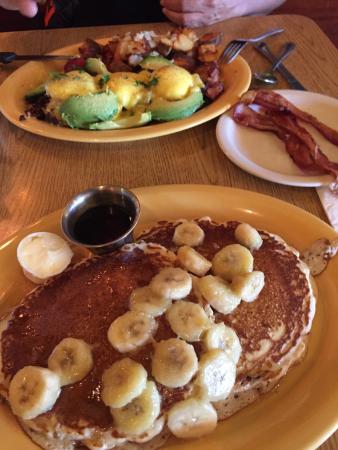 Went for a business meeting and was very pleased. Was greeted at the door and directed to self seating. Was crowded for lunch but seats were available. The décor is colorful and conversational. The menus match the interesting walls and ceiling. Lots of choices of breakfast and lunch options. The French Dip Sandwich was delicious. The BLT looked good too. Plenty of fries and other options. The tables for two were a little small but comfortable. The booths looked convenient for small business discussions. Prices were reasonable. Surprised not to be offered a dessert option. Service by Rick was memorable. Very friendly. Great Reno Aces hat. Will certainly return. 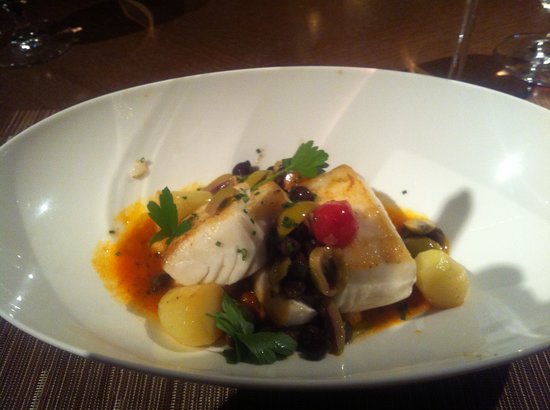 Madera Restaurant Honored with One Star by Michelin and Wine Spectator&apos;s Best of Award of Excellence 2012. A comfortably elegant ambiance, picturesque views and outdoor terraces welcome guests and Silicon Valley locals to Madera. Featuring an open artisan wood-burning kitchen and extensive wine list, Madera serves rustic American cuisine that celebrates the culinary traditions of the Bay Area In addition to indoor and outdoor dining, Madera offers two private dining rooms with private terraces and cozy fireplaces. The Lemon Room seats up to 10 guests, and the Orange Room up to 14 guests. This Menlo Park restaurant is open daily for breakfast, lunch and dinner and for Sunday brunch as well.

The Madera (in the Rosewood Hotel) has clearly earned its Michelin star with delicious, interesting dishes, each beautifully presented. The hotel’s exterior was sparkly with lights and outside the restaurant were upright triangular heaters in full flame, which together reflected inside to warm up the sophisticated style. A lovely fine dining experience to be repeated.