Marion is a city in McDowell County, North Carolina, United States. It is the county seat of McDowell County. Founded in 1844, the city was named in honor of Brigadier General Francis Marion, the American Revolutionary War Hero whose talent in guerrilla warfare earned him the name “Swamp Fox”. Marion's Main Street Historic District is listed on the National Register of Historic Places. The population was 7,838 at the 2010 Census.
Things to do in Marion 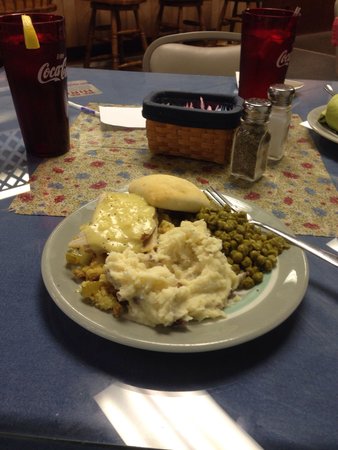 We totally lucked into this place in the road between Asheville and Greensboro. Don't know how to describe the friendly welcome, delicious food, and incredible value. Everything homemade except the potato chips and tortilla chips. Nothing fried!

So worth leaving the highway for. And trust me: not the place to skip dessert (which is included in the under $10 prices). 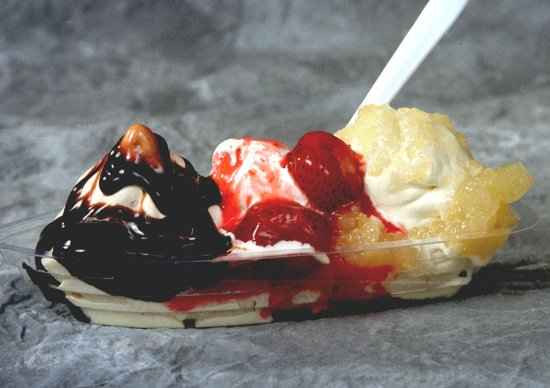 Jack Frost is the place to stop for delicious (& reasonably priced) ice cream in Marion. Convenient location on Sugar Hill Rd, close to I-40. Family owned since 1954. Open Wed - Sat 12:30 - 8:30pm. Only negative thing is they are closed late Fall through Winter---don't they know ice cream tastes good all year??? 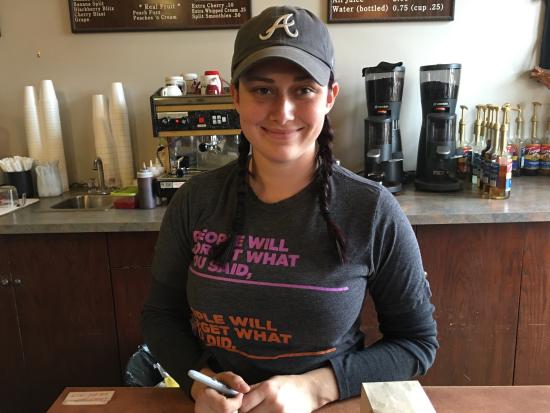 This is a family favorite. It has an art gallery adjoining it and sometimes they offer live music in that area. The staff is extremely friendly. The pastries and coffee are great. It is located at the top of steep stairs (with a railing) so is not handicapped accessible. There is a small lounge area and tables and chairs adjacent to the coffee bar. 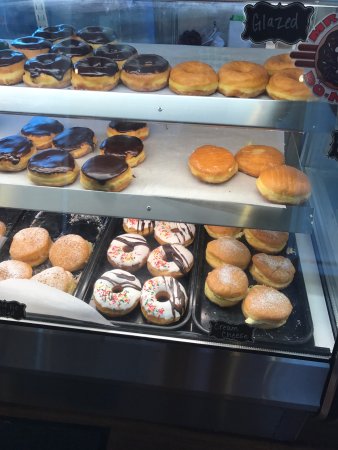 No matter where we went in this region, people said "Have you been to Mr Bob's yet?"
Finally, we went, and had no regrets! The dots are great, perfectly fresh, and wonderful flavors. But you absolutely MUST try the:
-Apple Ugly (we shared this among four of us)
-Cinnamon Bun- just delicious
-Pretzel Donut- perfect combination of salt & sweet!

World class, absolutely! if you really care, voted
"Best In the Nation" by Food Network- but I suggest you trust your mouth and stomach, which will tell to come back early and often. 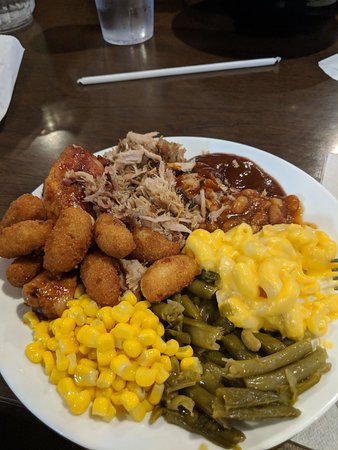 Best food around! Great buffet! The chicken strips are to die for! Macaroni and cheese, yummmmm, great BBQ. All in all everything I ate was excellent! 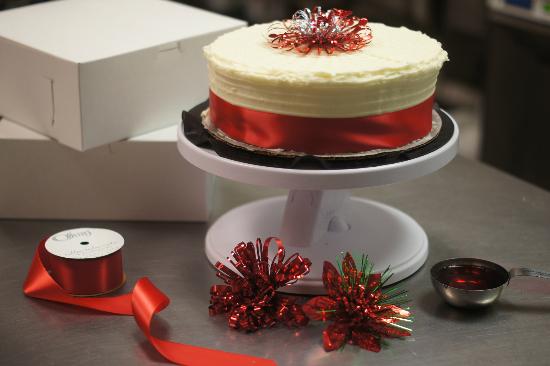 Holly's has a fairly diverse menu focusing on sandwiches and salads. And the desserts may be the biggest hit of the meal. However, the woman at the counter could have been a little more customer oriented.

This is an order-at-the-counter place where you seat yourself after ordering and then return to the counter when your name is called. There are no beverage dispensers near the seating area, so drink refills are only by carrying your glass back to the counter and making a request of the cashier. Since we had a group of 6 and everyone had tea, it would have made sense to have a refill pitcher on the table.

We had to put two tables together for our group since we preferred to sit at a regular height table. The only table that will seat more than four is a long trestle table down the center of the room (seats maybe 12 or so) with bar-height stools which are not comfortable for some older patrons.

Aside from the non-food issues, we had a nice meal. Portions were reasonable as were prices. Variety was good and everyone in our group seemed happy with their selection.

Definitely worth visiting...and be sure to leave room for dessert. We were full from the meal, but we took a piece of coconut cake home with us. Delish! 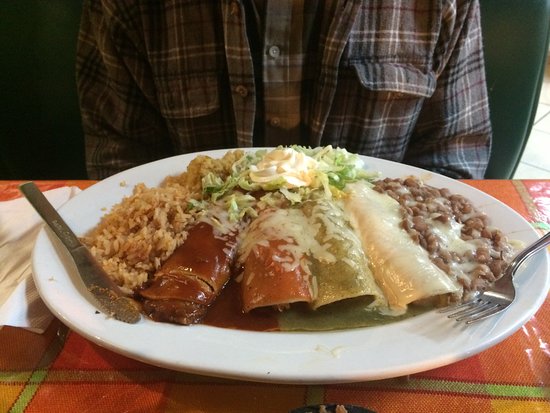 Our Corvette club recently spent time in Marion to drive Diamondback. The 14 of us descended upon Jalapeno expecting your run-of-the-mill Mexican food. That is NOT what we experienced. The food was exceptional and the owner was engaging and funny. Awesome salsa bar. Great experience! We will be back. 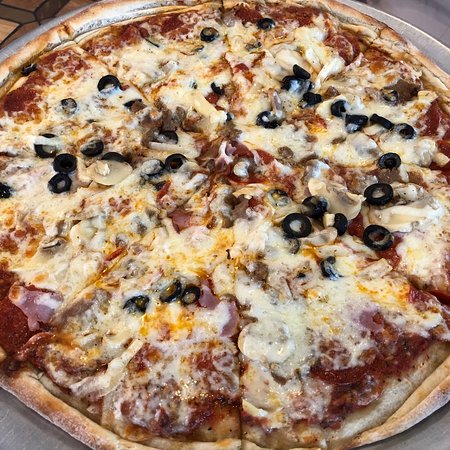 Evacuated from Florida for hurricanes Irma, hotel staff suggested Eddie's. Had spaghetti and meatballs which was very good. The house salad was a little small but was charged 85 cents extra for Blue Cheese? Being from Fort Lauderdale the prices were reasonable to Florida tourist prices. No atmosphere but good food and the coke tasted great lots of flavor. I'd go back. 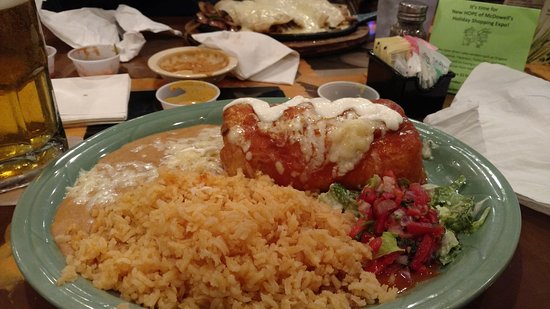 I went here with friends when our favorite Mexican restaurant, Jalapeno's, was closed. I had a mushroom and spinach burrito. It was fine, and the portion size was very large. (I took home the remainder and had 2 more lunches.) Once our meals arrived, I wished I had gotten what my friend did. She got a large salad with fresh avocado that looked great. That's what I'll try next time I'm here. 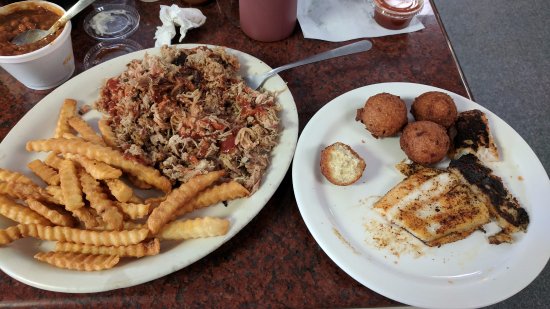 The servings are generous, the prices are reasonable, and the Q is pretty darned good. The location is not obvious....look for the pistol-shaped smoker in the front by the street. The inside offers both booths and tables, but don't expect fancy here. The waitress was pleasant and prompt and answered our questions patiently. Our glasses were kept full and we left feeling full and comforted!

Nothing not to like here. Definitely give Smokeys a try if you are in the neighborhood.