Top Things to do in Liberec Region

Liberec Region (Czech: Liberecký kraj) is an administrative unit (Czech: kraj) of the Czech Republic, located in the northernmost part of its historical region of Bohemia. It is named after its capital Liberec. The region shares international borders with Germany and Poland. Domestically the region borders the Ústí nad Labem Region to the west, the Central Bohemian Region to the south and the Hradec Králové Region to the east.
Things to do in Liberec Region Very good food, perfect "home" atmosphere, very good service. Worth a trip from the city center or stop here when you go on Cable Car to Jested, which is nearby. 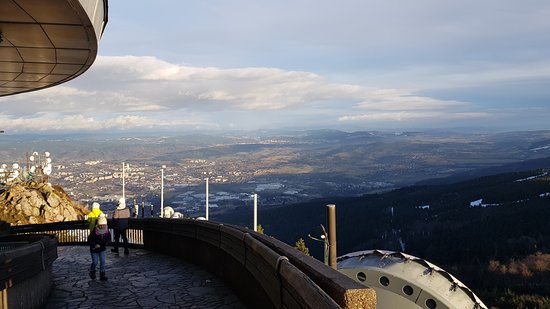 We were extremely positively surprised, that we could get a really vegan dish, which is also presented on the top of the menu.
And the dish was really good. The personell was also very helpfull so our 20 months old daughter could get only potatoes with olive oil.
The price is middle, but very OK when you realize you are on the top of a mountain. 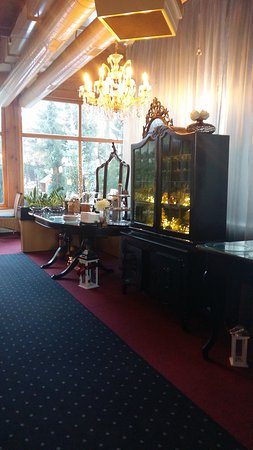 This restaurant was choosen by my Tcheque friends to celebrate our first visit to Novy Bor......the glass village. During the meal, you can enjoy the glass making and the work of the artists. The food is good , the beer is cheap, cheaper than the water...so why not enjoy a real Tcheque beer! Everything was good, the service, the ambiance full of art work, you will have a nice time for sure! 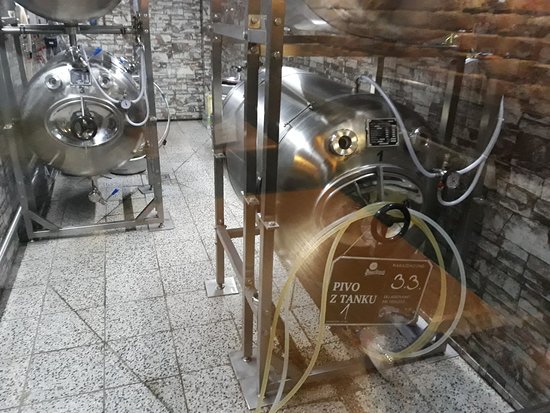 This modest non-smoking restaurant was a pleasant surprise, located on a hillside tucked away from the town center. We saw families, couples, and a group of women friends all enjoying the relaxed atmosphere and friendly service. The food was fresh and flavorful. We enjoyed a delicious pizza with a crackly thin crust, prosciutto, and spicy tomato sauce, a comforting cream of broccoli soup, and freshly grilled Balkan vegetables garnished with grated cheese. Alas, we were too full for dessert! We would definitely recommend this restaurant to others! 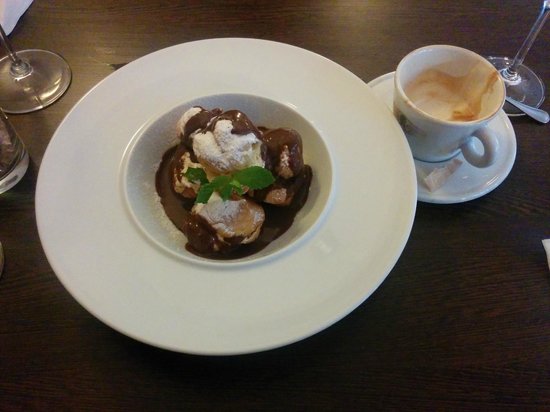 When you come into Bily Mlyn from center of town, you are not expecting what is behind the house. Spaceful parking and pleasant Terrace for summer time (of course rather cold now :-) ) . Staff of restaurant is very quick and helpful, takes care of all your needs. Food is good. The only question: is it real wasabi in your starter? I was rather surprised by taste... 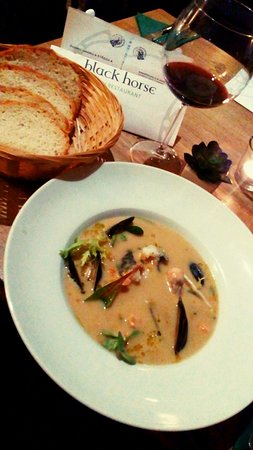 Overall, it was great dinner. Service was probably the best part of the night, because they were very helpful with meal allergic adaptation. They were very kind as well.
Meals were tasteful. I highly recommend a coffee dessert.
It was a busy and crowded place so better make a reservation. 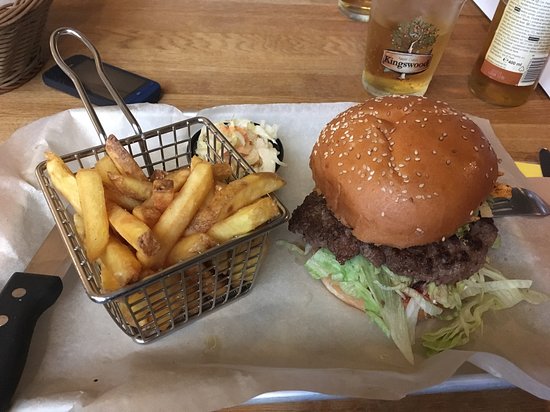 I recently spent the weekend in Liberec with my husband for our anniversary. After Reading the great reviews about Chicago on Tripadvisor, and a friend highly recommending it, we had to check it out. First of all, the food is delicious. I had chimichangas and spicy rice, my husband had sliders and fries. I've lived in the States and have been searching for really good mexican food since moving to the Czech Republic and this was the best I've had. The burgers were fantastic and everything tasted fresh and authentic. The portions were also super generous! After our meal, the owner, Ryan came to say hello especially and say happy anniversary and we were treated to complimentary desserts. It felt really special. Anyone travelling to Liberec absolutely has to eat here! 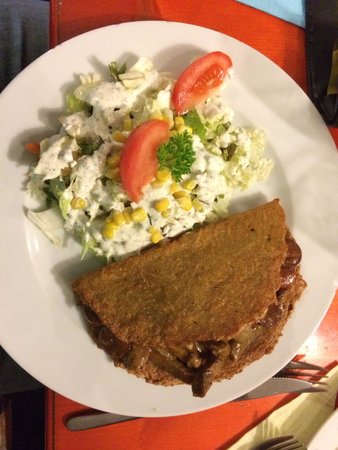 PROS:
restaurant nicely decorated, great atmosphere, located in the center of the city, variety of menu choices
CONS:
poor service - we spent a couple of hours in this restaurant and our waitress did not smile once nor was she friendly when she actually decided to come by our table
food - I ordered the chicken schnitzel and some parts of the meat did not seem to cooked throughly 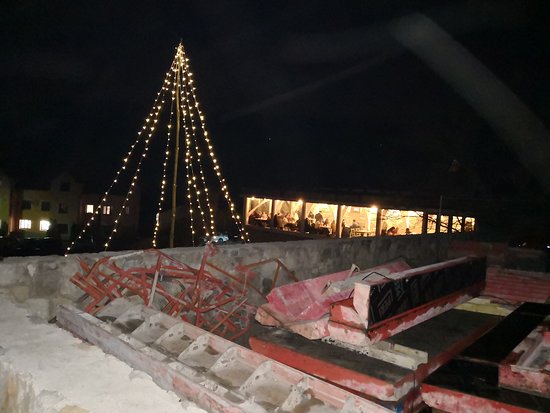 We have discovered, unfortunately only too late, this hiddne gem of a restaurant this past weekend. Visiting Liberec, we were looking for a decent place for lunch and luckily we had stumbled upon this venue.
Beautifully restored old smith house. Professional, attentive, pleasant service and the food ranks among the best eaten in a long time.
When selecting the Seating area, aim for the covered Terrace with large windows looking at Jested Tower. A must visit for any gourmet and make sure you sample anything from the Josper grill! 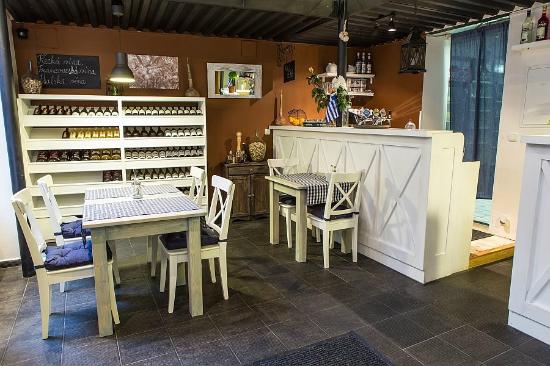 Actually as we have been to this city once again we’ve been looking for a Friday’s dinner place to see something new. This restaurant come out of internet nowhere just right to my way desperately seeking a place to go. And we will not regret it!
Retrospectively I guess we were pretty lucky to get a reservation the day we have found it. In fact we had to make a change to the reservation as the restaurant could not guarantee the time span we have opted for, but nevertheless we were hungry and ready to see the Greece.
Interior is quite eccentric for a restaurant. I would be curious, what was here before this. Imagine a really large space with an upper floor mad of a rather narrow gallery all around the walls. Sitting upstairs you can see the whole restaurant at once. It might feel a bit cramped for someone, but I think it was just right. Nicely and very subtly decorated place it is. But we are not here on a sightseeing tour.
Service was pretty okay. No problem though. In fact I can’t remember them, but that’s because it was just right and appropriate. Nothing bothersome. As we have entered we were fascinated by the fact that every single table has a reserve sign on it. And in few minutes the place was really full. Good for them, crossing my fingers to maintain such popularity.
The food...delicious. There’s nothing more to say here. You can enjoy the Greek cuisine if you want here. I guess it is more mainland-ish style here, so some meals might taste differently than you know it from your summer vacation on Greek Islands, but still you will find it cool and enjoyable. I don’t want to say more about the food – go there, taste it, you will see.
So for a lunch, for a dinner, for a nice chat...you can almost be in Greece for the time spent inside. Come on, it is the fastest and let’s face it even cheapest way to go there around ;-)