Lewiston is an unincorporated community in Montmorency County, Michigan, United States. It is a census-designated place (CDP) used for statistical purposes. The population was 1392 at the 2010 census. 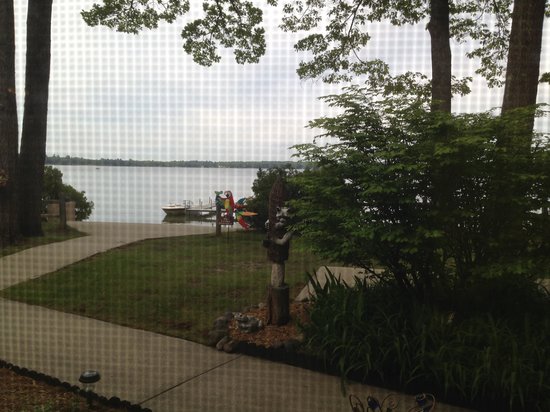 On East Twin Lake, just up the road from Garland Golf Resort

We have been going to Lewiston Lodge since 2001-2002. We absolutely love the parmesan baked north atlantic cod. Our sons loved their pizza when they were young, but now they also love the cod and the homemade rolls! This restaurant always seems to be very busy, but worth the wait!

Fantastic cookies and donuts. Get there early in the day before they run out of goodies. Love their shortbread, chocolate chip, double chocolate and sugar cookies. Have not tried their pies or cakes yet. 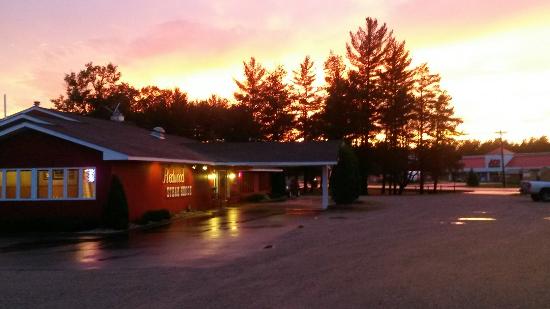 She had the 12 oz ribeye and I opted for the two center cut pork chops. Her steak was not of the quality we are used to at the Redwood Steak House. The steak was not cooked medium as asked for but well. Very little flavor and more gristle than normal. My chops were very good, to much for one person. Mine was supposed to come with applesauce but the waiter did not bring this and I remembered after the bill was paid and we were enroute back to the hotel. I believe the experience would have been way better if the waiter was better at taking care of his table. He never asked if the meat was cooked proper, we never received the cheese, cracker, and bread basket that you get when you are seated. The tables that other wait staff had were given the basket. All in all the visit would have been very good to excellent if it had not been for an inexperienced server. We will give them another try. 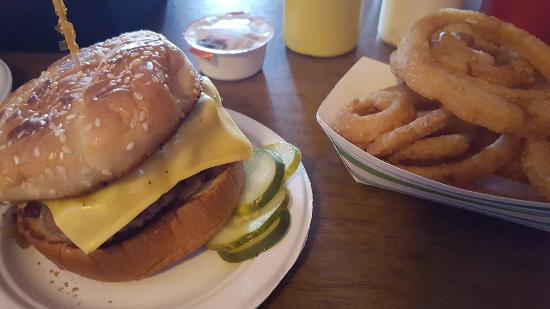 Sitting right in the center of the small town of Lewiston, Michigan is Talley&apos;s. One of the best small town bar/restaurants you will ever find that will give you the small town appeal of mid America. There is a complete bar, a pool table, 3-4 tv&apos;s and a menu but you really only need to know one thing about Talley&apos;s, their hamburgers. People drive 200 miles to get their hands around and their mouths into one. Quite possibly the best burger I have had in a long time. Hand crafted one by one and served on wax paper it is hard to eat just one. Juicy and mouth watering and a cold in the can brew along with some fries, rings, slaw is all you need to satisfy that hunger spot. Be prepared to wait on weekends when the game is on but this is a place the locals hang out and drink and eat, although the menu is very limited. A small slice of Americana dealt out on a huge bun, can&apos;t get much better than that.

People rave about this burger - it's made many a Top Burger lists. It's definitely good and consistent. It comes with just pickles and cheese (if you choose the cheese option), so we always add lettuce and tomato too. It's big with a good price.

Sides are extra. I recommend the fried mushrooms or onion rings. Lots of people love the fries but they aren't the style I usually like anyway.

Best of all service is always really remarkable. We come here every Fourth of July weekend with a party of between 20 and 35 and they handle it like champs every time. Food comes out mostly together. They split checks. They don't mess up orders. They're awesome.

Love the outdoor seating when the weather's nice. 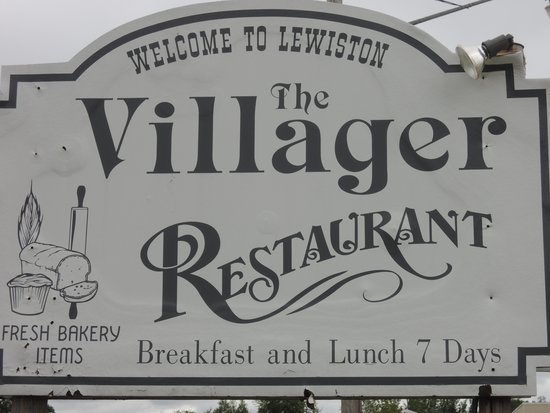 We stopped by today for brunch. Ordered the meat lovers omelette. Nice portion. It would be better without the liquid "margerine" or whatever non butter product it is cooked in and if they used loose sausage instead of sliced links. The waitress was great. I would hope the bill is adjusted when you don't have bread or potatoes but I am not sure it was....

On a typical weekend evening in the summer expect the line to be long, but don't expect to wait to long. They are usually well staffed and efficient in getting a crowd of people through. They have lots of flavors for hand dipped cones. The child size waffle cone for $2.60 just can't be beat! Bring cash as they don't accept credit. Open May through mid September. 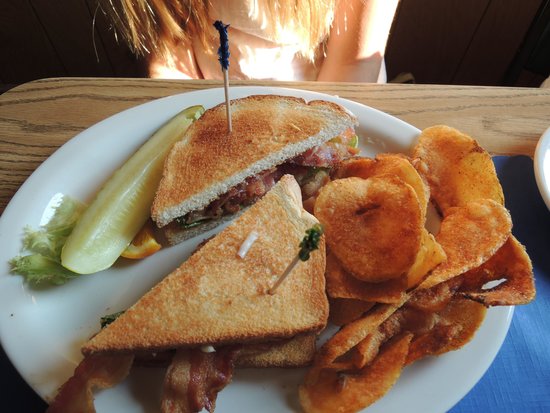 The Iron Kettle could have been a nice place for Sunday brunch, but it was exceptionally under-staffed when I visited, which ruined the experience. I understand that there's been a lot of turn-over in staff, for whatever reason. I visited last Sunday (4/30/17) at about 11:30 or so, a time when most diners are busy and well-managed. Despite being relatively empty at that time (it picked up a bit later), the two front-of-the-house staff were clearly very overwhelmed and unable to manage table service in combination with cleaning, answering the phone, hosting, making fresh coffee, and expo-ing/running food. Not their fault they were over-tasked, but...seriously...the service was unacceptable, even for a diner. We waited a long time at the front to be seated until one of the servers just yelled across the restaurant, "Just seat yourself." We did and waited several minutes to receive menus, even though there were only around 6 total tables in the restaurant at the time. Shortly thereafter, a larger party of about 8-10 elderly folks came in and that's when table service effectively stopped for everyone in the restaurant. At one point, one of the elderly women (75+ years old) got up, got the coffee pot from the server's station, and started filling up coffee for her table and other diners (including me). (We offered to help, but she said it was fine.) After finishing our food (and being without beverages for a long time), we waited patiently for 10-15 minutes for our check before getting up to find a server and ask for the check and a box. (She was busy cleaning a table and sort of just blankly nodded at me before continuing to clean?!) Once we eventually got the check (I believe we had to ask again, and got it from the other server), we stood at the front to pay the bill for a while, and at that point we were in a serious hurry to leave because my dad had just died that morning and we had to get home, having been there way longer than we'd ever expected. The food was perfectly fine (would recommend the gyro), but the poor service greatly detracted from what was supposed to be a comfort meal over the loss of a loved one.

The restaurant could be a total gem with a few improvements in staffing and cleanliness and I hope the owner will consider staffing more appropriately in the future. (Alternately, it's possible the poor staffing was beyond their control, who knows?!) I left a 10% tip and - speaking as someone with 12+ years in the restaurant industry - it was, unfortunately, generous proportionate to the service we received. 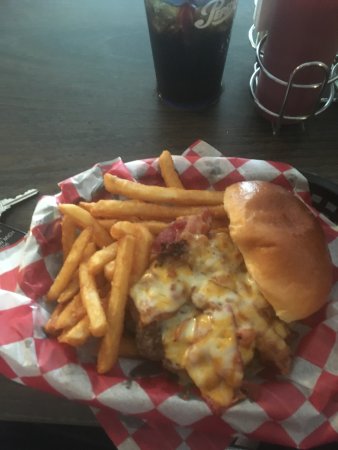 When in Lewiston I usually only go to Tallys. But we needed a place to stay this time. First about the Bar, Mike the owner is a great guy, very friendly and runs a great bar. Drinks are good and staff is pleasant. Matt the bartender is very easy and attends to you. The Bar is nice set up. The drinks come in bigger and nicer glasses then the other I go to. I will still hit the other for the Burger but will hang out here for the drinks. and now for the rooms. We rented the single room, they are very very small, maybe 10x10 for $35with a very small bathroom Shower needs to be retiled. To small for us, We upgraded to the double bed room,$73 with tub, a lot better. Had new carpeting. The rooms reminded me of trips I was on when a child in the 1960's. But they were very clean, Mike is upgrading as time goes on. He has a good housekeeper that cleans well. Now with my age and experience we don't usually stay in this type of Motel. But there is no reason anyone can't stay here. Not the convenience of others but clean and very friendly. And was very nice just walking into hallway and you were out of the Bar and in your room. Great for Hunters snowmobilers and people that had to much to drink. Saves getting a OUIL... We will be back!

new addition to the breakfast restaurants in lewiston. i was pleasantly surprised to fine a new restaurant in this small community. it is nice and reasonably priced. basic breakfast fare for a great price. they have limited hours. i believe it is 5 am - 11 am. give it a try.

Have been going to Garland since the mid 1980s and have eaten lunch between golf rounds each day. Along the way, we've tasted all the various incarnations of this bar -- none have failed to be top-notch.

The current incarnation -- Antlers -- carries on the fine tradition of upscale country club lunch cuisine and does not disappoint. Our group of 12 all had various items on the menu and compliments abounded. The sandwiches this year were new, creative, and absolutely stacked to perfection, so much so that we almost couldn't finish them. The onion rings were literally perhaps the best I have ever been served in 60 years. And the burgers are just as big and tasty and cooked to perfection as ever.

Foodies or regular diners -- you will not regret eating lunch here... quite the opposite!