Lewiston (English pronunciation: /ˈluːɪstən/, French pronunciation: /ˈluːɪstə/; officially the City of Lewiston, Maine) is the second largest city in Maine and the most central city in Androscoggin County. The city borders the coastal sideways of the Gulf of Maine and is south of Augusta, the state's capital and north of Portland, the cultural hub of Maine. It is one-half of the Lewiston-Auburn Metropolitan Statistical Area, commonly referred to as "L.A." or "L-A." Lewiston exerts a significant impact upon the diversity, religious variety, commerce, education, and economic power of Maine. It is known for a relatively low cost of living, substantial access to medical care, and an extremely low violent crime rate. While the dominant language spoken in the city is English, it is home to the largest French-speaking population in the United States (by population) while it is second to St. Martin Parish, Louisiana, in percentage of speakers.
Things to do in Lewiston 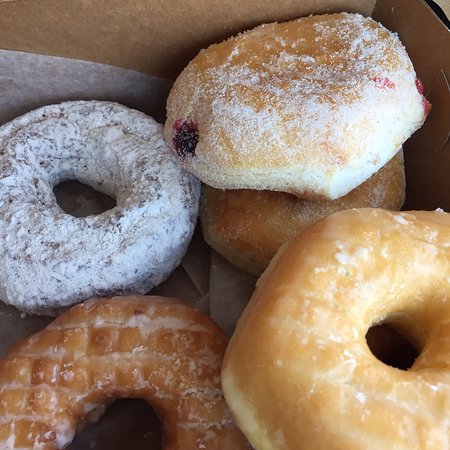 We loved the cannolis. Just found this place, lived in maine almost 3 years, and we will go back. We enjoyed the variety and it was good desserts. 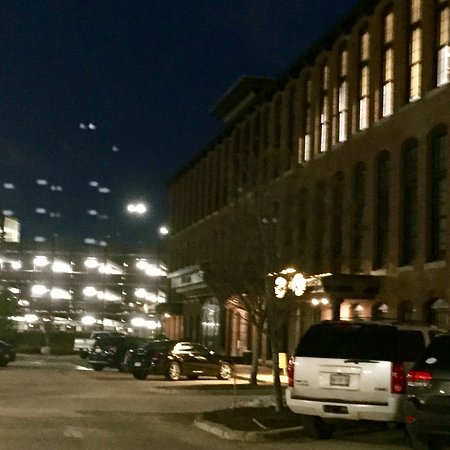 Fish Bones American Grill offers casual upscale dining in downtown Lewiston, Maine. This modern dining destination is located in the renovated Bates Mill No. 6 building on Lincoln St. and conveniently serves Lewiston, Auburn and the central Maine community. Join us for lunch or dinner and see why people are calling us one of the best restaurants in the greater Lewiston/Auburn area. So why not give us a try and "Come get Hooked" !!!

Stopped for happy hour, food was phenomenal, excellent wings and ribs, followed by chilled Oysters! The only thing better than the food was the staff, Quinn, Jessica were awesome! The hostess Kate S was a wealth of knowledge gave us to history the building and restaurants . 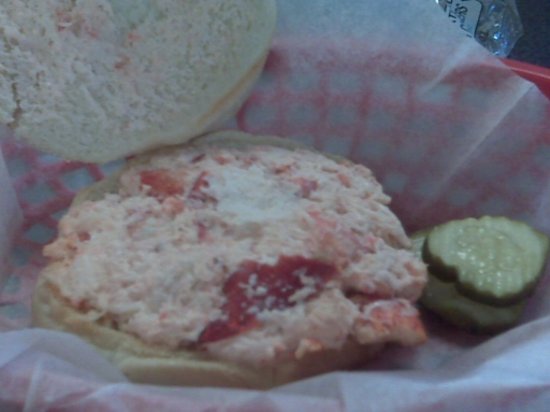 We came after the lunch rush. Were seated quickly, then waited and waited. Finally got our order taken, pretty simple, couple of burgers. Overheard waitress mocking us to another staff person. We ordered simply and completely - nothing hard.
Food was delivered by someone else, waitress had not checked back with us. Toppings on one burger was wrong and our side did not come out with the burgers. Got that fixed.
Burgers were underdone, if you can't get a burger right, I would never trust you with a steak!!!! The bottom buns were soggy. Fries were okay, not great and the onion rings was a stuck together clump.
Waitress came by while our mouths were full to see how everything was.
Soft drinks were never refilled.
Finished what we wanted and again sat and waited for our check.
We won't be back 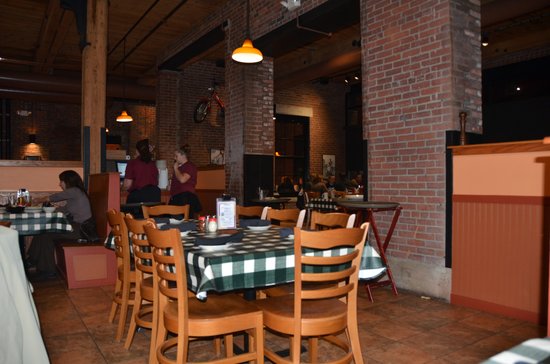 DaVinci&apos;s is located in the historic Bates Mill Complex on 150 Mill St. In Lewiston, Maine. Our menu features house made Garlic Knots, Fresh Soups, Brick Oven Specialty Pizzas, and a wide array of Italian Specialties. We offer extensive lists of craft beers and wine, as well as full bar service and a gluten conscious menu. Inside you will experience a casual atmosphere with decor accented by the Mill&apos;s original brickwork and wooden beams, as well as a collection of Vespa scooters and antique bicycles. Our brick oven and exhibition kitchen help complement your dining experience. We accept reservations for lunch and dinner Sunday through Thursday and on Friday and Saturday until 4:00 p.M. Reservations for Friday and Saturday night are accepted on a limited basis for large parties. Walk-ins are welcomed.

We both enjoy the fact that we are never limited by the menu at DaVinci's. My husband likes constructing his own pizza. We both enjoy sharing the antipasto that is not on the menu. It is a little different every time we visit, but always delicious.I like their Piccolo portions and the fact that you can replace pasta with delicate spinach. 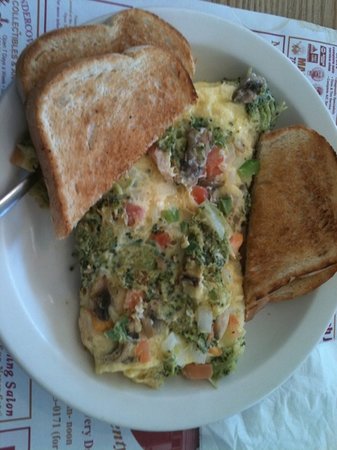 Rolly's has a very friendly atmosphere when you enter. Maybe it's the hot air balloons that adorn each and every nook and cranny among billowy clouds. One thing I know, is that the food here is very good. Breakfast choices are abundant. Eggs were cook exactly to order. Food came hot. Never felt rushed here.

Reviewed By Lorraine B - Hagerstown, Maryland

They have the best selection and most wonderful desserts around here. I love to go on Saturday mornings for the baked beans and desserts. They also make the most fantastic iced coffee ever!! They serve the coffee with coffee ice cubes so the flavor does not get drowned out once the ice melts. Soooo clever. Husband loves the breakfast cinnamon rolls every time we go. I got the raspberry filo dessert which I would highly recommend. You can't go wrong in this place. 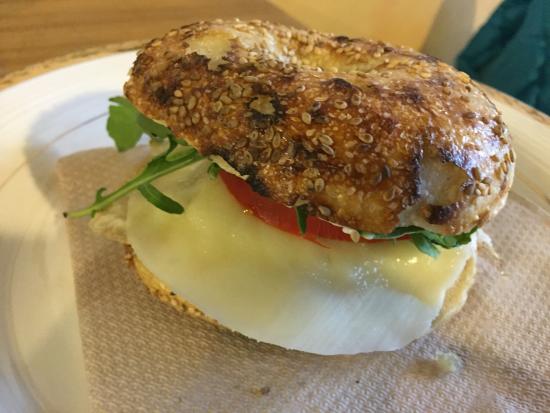 I enjoy forage market. The atmosphere is like a trendy coffee house. Hipster music plays and chalkboards list a cafe style menu. The seating is eclectic with different tables lining the walls. The best part of this establishment is the homemade Montreal style bagels (cooked in a wood fired oven). The drinks are creatively named and a small food service menu is present. Here is the part of forage that isn't the best. The locally sourced items can be pricy, and if you like the bagels you can only buy six. I hope that this limit is short lived and they are able to pick up production. 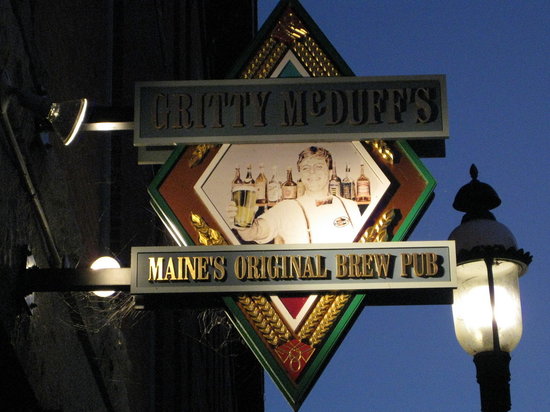 Gritty McDuff&apos;s, Maine&apos;s Original Brew Pub specializes in hand-crafted English style ales and traditional and creative pub fare, in a friendly and fun atmosphere. Both Gritty&apos;s fine ales and the pubs have won countless "best of" awards through our twenty-five years of operation. Our standard brews are session beers, Gritty&apos;s Pub-Style Pale Ale, McDuff&apos;s Best Bitter, Black Fly Stout, allowing one to have multiple beers within a reasonable time period without overwhelming the senses. Our seasonal and varietal ale offerings are more adventurous, some with a higher ABV, and some with higher IBU. We brew a beer for all craft brew palates. For the diner, we offer traditional pub fare alongside not so traditional specialty items. Our pub-style long tables with benches easily accommodate parties of all sizes and add to the camaraderie.

Tremendously helpful bar staff allowing us to try local brews before ceding which one to order. Nice beer ( I drink real ale in the UK) and was not disappointed! Recommended.Thank you! So wonderful to learn that we are well received with another UK beer lover. We appreciate you visiting our pub and taking the time write a positive review. Cheers! 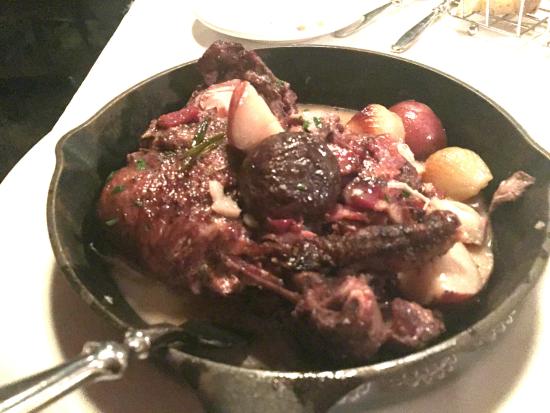 Reviewed By Anna B - Litchfield, Maine

I dont know how many times we came to Fuel but its never bad, we always have a personable wait person and the food is always amazing. Steaks are some of the best around and their pairing is spot on. Love Fuel 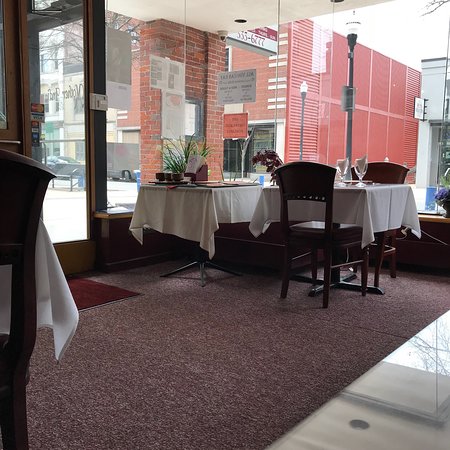 My daughter and I had a delicious meal. The staff was friendly, knowledgeable and friendly. The food was freshly prepared and well seasoned. The menu was extensive, eclectic and authentic. We had lassi, chai tea, garlic nan, coconut soup, lamb biryani and lamb rogan josh.The food was delicious and the staff was very attentive throughout the meal. Our desert was tasty and unique as well. We will definitely go back.