LaSalle is a city in LaSalle County, Illinois, United States, located at the intersection of Interstates 39 and 80. It is part of the Ottawa-Peru, IL Micropolitan Statistical Area. Originally platted in 1837 over one square mile (2.6 square kilometers), the city's boundaries have grown to 12 sq mi (31 km). City boundaries extend from the Illinois River and Illinois and Michigan Canal to a mile north of Interstate 80 and from the city of Peru on the west to the village of North Utica on the east. Starved Rock State Park is located approximately 5 mi (8 km) to the east. The population was 9,609 at the 2010 census, and was estimated to be 9,328 by July 2014. LaSalle and its twin city, Peru, make up the core of the Illinois Valley. Due to their combined dominance of the zinc processing industry in the early 1900s, they were collectively nicknamed "Zinc City."
Things to do in LaSalle 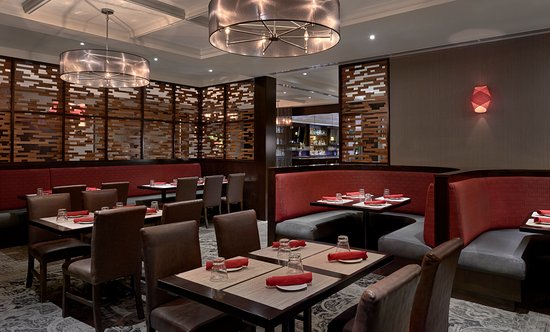 Uptown Grill is a full service restaurant featuring American Cuisine for lunch and dinner seven days a week. We offer one of the most diverse menus in the Illinois Valley area. Uptown Grill uses only the freshest ingredients. Our steaks and seafood are fresh and never frozen. Our dressings, sauces, and stocks are all made from scratch. We have our own line of home-made desserts and breads, which are also available for carry out. We offer a full bar service including hand-crafted specialty cocktails, an extensive wine menu, and craft beer. Our facility offers a polished casual atmosphere. We are family friendly, including your pets with our sidewalk dinning! When the season is right we offer al fresco dining in our screened in patio. Our gorgeous bar room also has comfortable casual lounge seating. We have recently updated our banquet facility and host a variety of private parties for up to 150 people including rehearsal dinners, weddings, showers, luncheons, business meetings, and social events. Join us at our Uptown&apos;s Playlist Theater, where we host a variety of artists, including some nationally acclaimed musical acts! We have been family owned and operated for over 32 years. Ray and Rita learned the trade from Ray&apos;s father Victor who owned and operated the Red Door Inn in Peru, Illinois for over 30 years. Uptown is centrally located off Interstate 80 and Interstate 39. We are in the heart of Starved Rock Country, just five minutes away from Starved Rock State Park. To learn more about Uptown Grill, please visit our website.

From the great wine list and beer selection to the artisan bread basket and mellow atmosphere you just go wrong! The appetizers and salads are just out of this world! Every dish I’ve ever had in 20+ years has always been incredible and delicious!!! It’s my favorite spot, worth every cent spent. I really cannot day enough great things about this place!!!
On a side note: The music is always amazing, that doesn’t include the intimate shows the place hosts regularly.
Stop what you’re doing and go have dinner here!!! 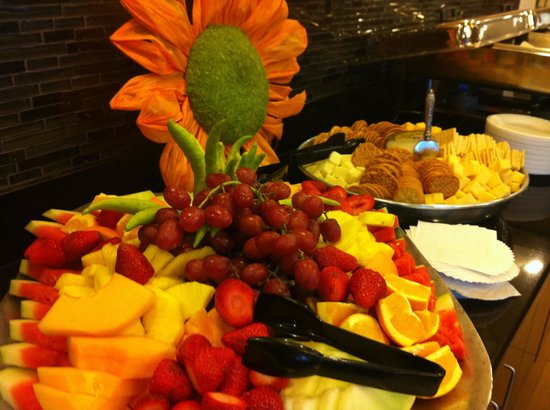 My wife and I just got back from this lovely restaurant in Peru, Illinois, during our weekend visit to Starved Rock State Park. The restaurant portion is in the back room of a bar/restaurant set-up. All of the staff there were incredibly friendly from the moment we walked in the front door. In the dining room area, all of the walls have "playful" wall designed where you can reorganize magnet shapes in different designs, or draw pictures with dry erase markers. Really nice way to give a little fun for the evening.

They start you off with pieces of bread, which is more rich a rich, non-sweet beignet - rich and salty and flaky. I had a glass of the house merlot - quite nice, and they also have a reasonable wine list if you like. The entrees come with a salad as well. I had mine with ranch dressing, and it tasted like a really good homemade dressings.

For the entree my wife had the chicken parmesan and I had the trigger fish. My fish was excellent - in a seasoned lime sauce. tender and flaky. The chicken was also pretty good - moist and well seasoned, although the sauce seems just a tense sweet. I also got a side of string beans, which was really good, although well (very well!) buttered (could have had just a tense less, but the flavor of the beans was excellent).

My wife and I shared a cheesecake for dessert. It was very good (I liked it better than she did), but the chocolate sauce on the cheesecake tasted like Hershey's syrup - very mild without that deep rich chocolate taste that a good homemade sauce tastes like.

Overall, a wonderfully relaxing evening with very good food, great service, and a comfortable decor. Definitely a place I would come back to! 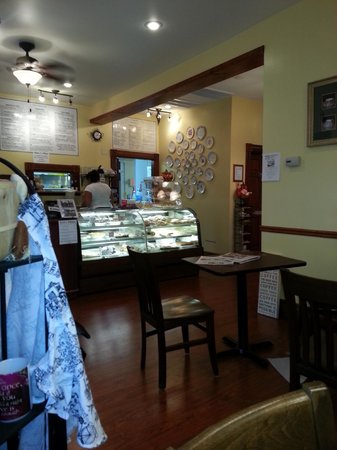 We stop in at Nonie's whenever we hike in the area. I almost always have the trail hiker sandwich. Fresh ingredients on homemade bread, and then DESSERT! Everything we've tried has been so good. This time it was pumpkin spice cake and dutch apple crumb bar. I took apple cider donuts home to my hubby and he said they were the best ever. Reasonable prices and friendly staff. Seating indoors or on the deck (which is great for us bc we can keep an eye on our dogs in the car). We prefer Nonie's to eating at Starved Rock Lodge, which used to be our go-to. 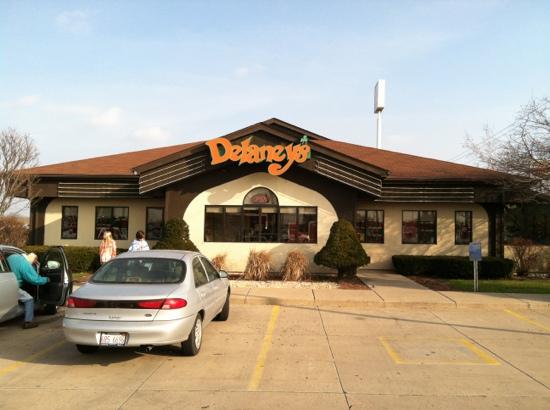 All the reviews are spot on in recommending this solid diner which also offers a great salad bar and hot buffet. Really appreciated having a somewhat healthy alternative to the fast food of the area when we wanted that, and also appreciated carb loading on a proper horseshoe sandwich over waffle fries. Respectable prices and they serve beer. 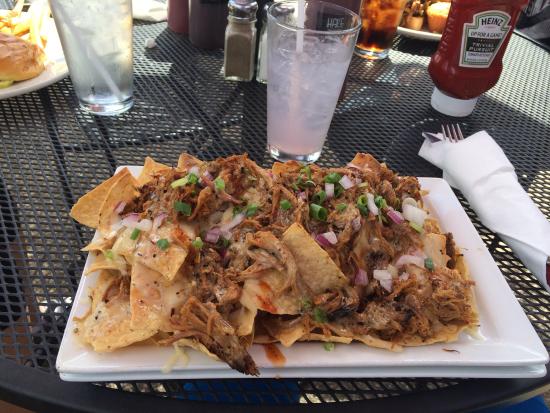 We have been to Haze many times and have never had anything less than fantastic food and drink there. Fun atmosphere, very clean, delicious food, interesting drinks. The Bama White Nachos and the Pretzels/PBR Cheese Dip are must-have appetizers, and I’d recommend anything on the menu literally. In the summer, the patio is super fun and they have awesome live music out there. Go there to dine inside in fall and winter, and go there to sit outside in the spring/summer! Just go! 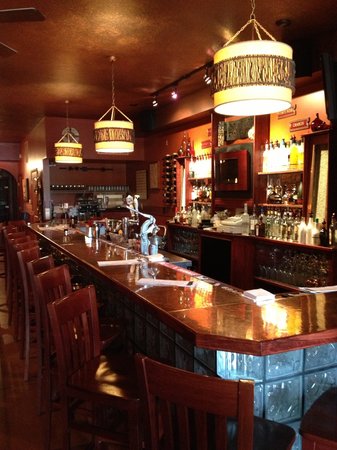 Unexpected space along the river in what you'd assume is a typical small town bar. The atmosphere is a touch swanky and our service was fast and friendly.

None of us loved our breakfast...except for the complimentary cinnamon rolls that were brought to the table. Those that could eat them, loved them.

Keep a few loaves of gluten free bread in the freezer for the growing # of gluten intolerant people floating around. Celiacs couldn't have it, but others could and it would be very appreciated.

Breakfast potatoes were too thick and oily. Would much prefer traditional crispy hash browns.

The person who brought us here based on past experience barely touched her breakfast. Could have been an off day. 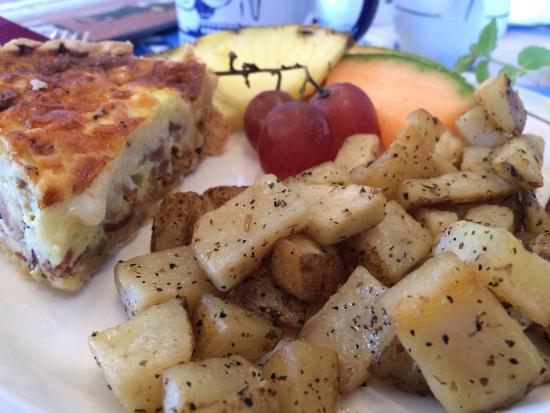 Lock 16 Café & Gift Shop provides a quaint, vintage setting with a focus on Illinois history and American heritage. The Lock 16 Café offers healthy and seasonal cuisine, as well as vegetarian-friendly options, all using fresh ingredients and prepared to order. Lock 16 also has a wide variety of coffee & teas.

I am sorry I only wanted coffee, but I have to say that the atmosphere and the kind employees make me want to come back and have more. What a beautiful place with great coffee, atmosphere, and articles to buy. The building is old and lovely. I want to go back! 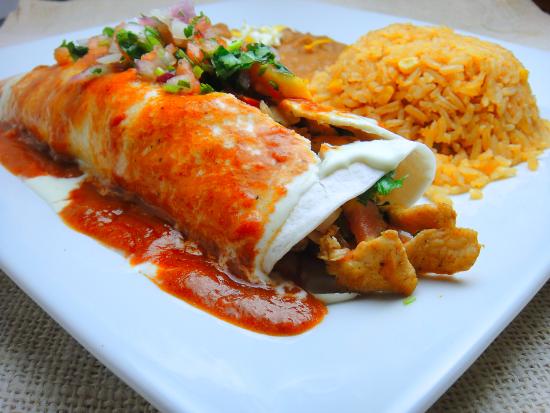 My grandson and I stopped in for a quick lunch after doing some shopping at Peru Mall. We ordered light and did not get a full meal because we were not that hungry. We had a chicken taco salad and an order of super nachos. The food was absolutely amazing. The taco salad had tons and tons of shredded chicken and it was delicious. The loaded nachos had beef, chicken, cheese, beans and lettuce and they were amazing. The wait staff was friendly and the service was fast. It was a delightful lunch, delicious food and attentive service. 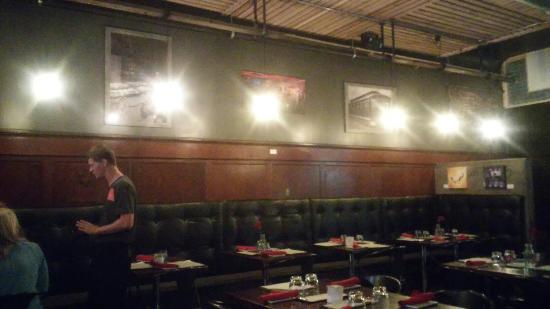 I had dinner and drinks at Social Kitchen recently with a group of 8. While it was my first time, several in our party had been here many times. They have an extensive drink and food selection! Drinks include Moscow Mules and variations, craft beers of all types, wine and liquor. Menu selections include small bites, salads, sandwiches, entrees and specials. I tried the fried pickle spears (excellent), crispy brussel sprouts (excellent), Southern fried chicken sandwich with fries (excellent) and husband had the gyro (he said it was good but not great). Everyone else in our party also liked what they had. Food- excellent! Prices- great value! Service- quick and friendly! I'm definitely glad I checked them out. 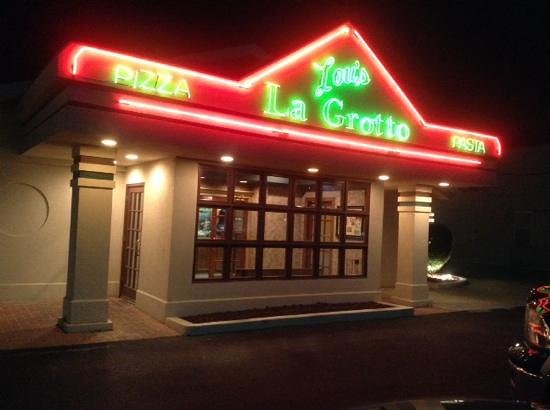 I first discovered Lou's a number of years ago. A massive quantity of in-laws and their cousins all decided to go here. Thankfully, someone had alerted them that we would descend upon them. In the midst of that large group, and on smaller visits afterwards,...MoreThanks fro stopping by, and bringing your family. We love all of our customers, but fun groups are a great time! Hope to see you again soon!